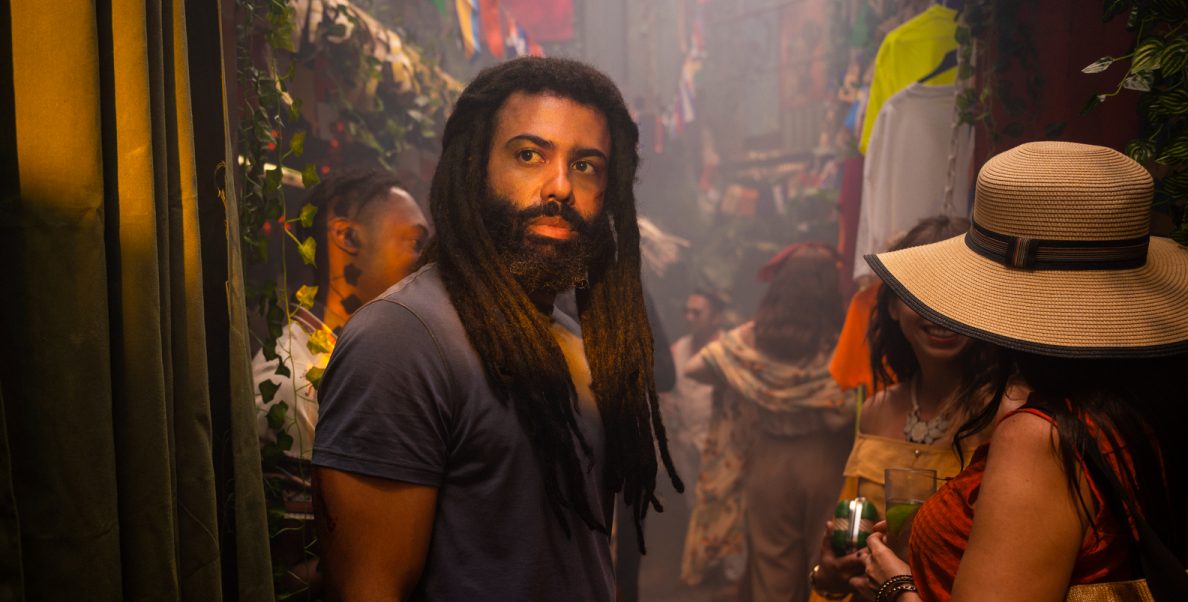 The seventh episode of TNT’s post-apocalyptic series ‘Snowpiercer’ season 3 depicts the aftermath of Layton’s fainting upon the death of Pike. His dream leads him to an astounding realization that can change the fate of the Snowpiercer. Josie finds Layton in the Tail, fighting to stay alive. She is joined by Zarah to look after him. Bess seeks help in an unusual acquaintance as Layton fails to come back to the real world from his intricate dream. Since the episode ends with certain enthralling developments, we have taken a detailed look at its ending to understand the nuances. Let us share our thoughts! SPOILERS AHEAD.

The seventh episode of ‘Snowpiercer’ season 3, titled ‘Ouroboros,’ begins with Layton dreaming an extremely different version of the Snowpiercer. He gets abducted by two unknown men in the dream, only for Javi, Wilford, and Ruth to save him from them. He goes to see Ben, who issues a pass to cross the border within the train. Using the identity of a dancer, he tricks the border patrol officers and crosses the border with others. He meets Roche and trades another doll for Winnipeg’s doll. In reality, Josie finds Layton in the Tail and brings him to Dr. Pelton. Even though he survives death, he gets into a coma.

In the dream, the border patrol officers, mainly LJ, find out that Layton and others were lying. She commands the officers to shoot everyone down. Layton somehow survives and gets arrested. He is visited by Pike, who asks him to repent for the sins he has committed. In the real world, Bess asks Miss Audrey to help Layton by getting into his head. Audrey starts talking to Layton and asks him to come out of the dream that holds him back to wake up alive. Layton starts to see Audrey in the dream as she releases him from the prison.

Layton goes to the Tail and demands to see the Tail boss. Josie allows him to enter and meets the boss, who is none other than his grown-up daughter Liana. However, a bomb inside Winnipeg’s doll explodes, transporting him to Asha’s car. He confronts an enemy who tries to kill him and Asha but manages to end the struggle by killing the person.

Snowpiercer Season 3 Episode 7 Ending: Does Layton Come Out of the Coma? What Does He Find About New Eden?

Miss Audrey’s intervention to save Layton from the dream that holds him back does yield results as he manages to feel her presence. Still, his subconsciousness continues to exist in the realm of a dream. In the dream, Layton persistently demands to open a locker Asha locks to not let Layton see its contents. Even though Asha tries her best to stop Layton, he finally manages to open the locker and look at a photograph of the tree he sees in his visions. A sudden realization comes to Layton, leading him to wake up from his coma.

Upon coming out of the coma, Layton thinks about the tree’s photograph. He realizes that he has seen the photograph before while saving Asha from the underground reactor. When his research shows that the tree grows only in New Eden, he takes it as a sign that the Arabian warm spot is actually warmer for life to exist and trees to grow. He decides to lead the Snowpiercer to New Eden on the basis of his visions, considering himself as the messiah of the remnants of humanity.

Layton’s newfound understanding that the visions of the tree are just his mind’s way of recreating the photograph leads him to realize that New Eden very well can be another barren and frozen wasteland. His desire to establish a human colony in New Eden also crumbles down with the realization.

What Does Wilford Discover? Is Melanie Dead or Alive?

After recovering from the bullet wound, Wilford gets obsessed with a certain detail he came across when Layton and his allies were away in the pirate train. He asks Alex for maps and other equipment for him to prove something. Wilford reveals to Alex that he has come across signals from Marseille, France, when she was away to find Melanie. Alex informs him that they have never been to France to produce such a signal, confirming Wilford’s doubts that the signal came from Melanie. Since there are no other known survivors of the freeze in the world, Melanie can be the only one capable of sending such a signal.

When Layton, Alex, Ben, and others fail to find Melanie in the service station, they fear the worst. Their fears seemingly come true when they read her journal in which she wrote that she is going to walk into the cold to die. However, Alex and others’ initial understanding that Melanie is dead may change with Wilford’s new discovery. The signal from France can be sent by Melanie, possibly after reaching there with other survivors. The existence of Asha and her life that resisted the freeze show us that other survivors are indeed a possibility and Melanie may have survived with the help of them.

Read More: Will Layton and Josie End Up Together? Theories