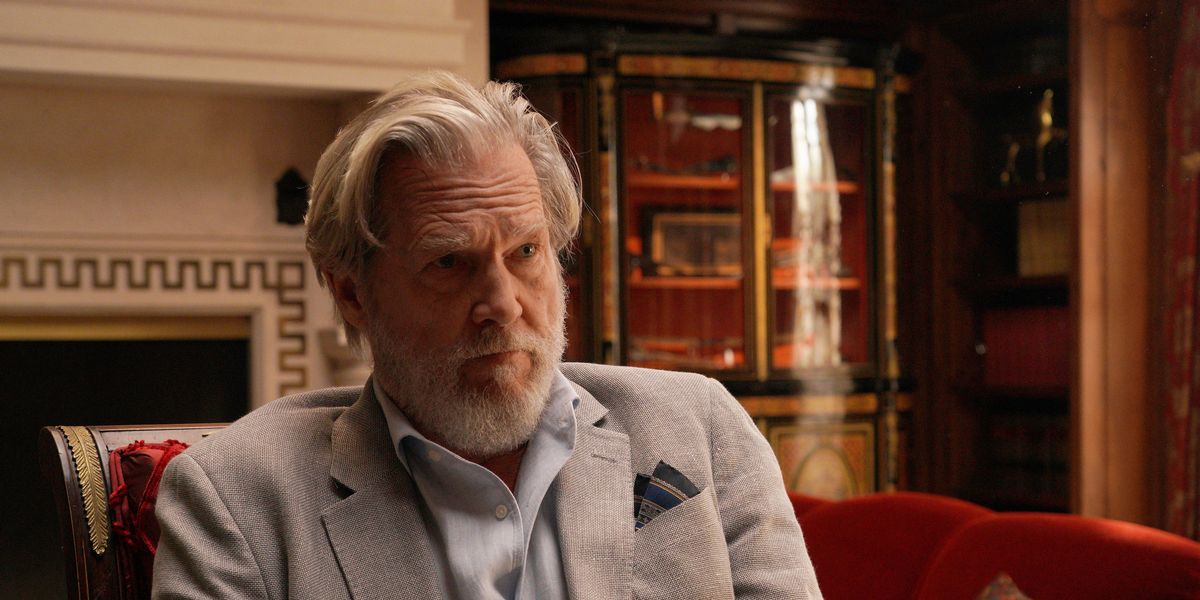 The first season of ‘The Old Man‘ comes to an enthralling conclusion with the seventh and final episode, titled ‘VII.’ It sees Dan Chase (Jeff Bridges) and Harold Harper (John Lithgow) teaming up to save Angela Adams/Emily Chase. In the process, a dark secret about Dan Chase’s past with Faraz Hamzad comes to light and explains the Afghan warlord’s vendetta against the ex-CIA agent. The episode ends without resolving several plot threads leaving viewers scrambling for answers. If you are looking for an explanation of the episode’s events, here is everything you need to know about the ending of ‘The Old Man’ episode 7! SPOILERS AHEAD!

The season one finale, titled ‘VII,’ opens with an unconscious Angela Adams having visions of her mother as she struggles to comprehend the details of her dad’s life. Meanwhile, Agent Waters informs Harold Harper about the situation. Simultaneously, Dan Chase and Zoe McDonald discuss their possible moves against Faraz Hamzad. Zoe reveals that she sensed some tension between Hamzad and his lawyer, Nina Kruger, during her conversation with the latter.

Harper explains to Chase that Morgan Bote is behind Angela Adams’ abduction. He states that Bote wants to end the conflict with Hamzad, and the only way to do so is to hand over Chase to the Afghan warlord. Chase seeing no other option, decides to board a chartered plane at a nearby airstrip to meet Hamzad. Harper convinces Chase that if he complies with the plan, Bote will free Angela Adams/Emily Chase. Chase sends Zoe back to her home and prepares to head on a one-way trip to meet Hamzad.

Harper drives Chase to the airstrip, and they discuss their relationship with Angela. Harper questions Chase about his past with Belour and its connection to Angela. However, Chase dodges the question. A flashback reveals that Hamzad confronted Belour and Young Dan Chase about their betrayal by freeing Suleyman Pavlovic. Belour revealed the presence of a mine ore which she was trying to keep a secret from Hamzad, fearing it would corrupt him. However, Young Chase became convinced that Hamzad would kill Belour for her betrayal and asked for Harper’s help to escape Hamzad’s camp and reach the USA.

Elsewhere, a group of mercenaries surrounds the base where Agent Waters and his team are housing Angela Adams. Julian Carson and Mike formulate a plan to move Angela to a different secure location. However, their van is attacked during the move. Meanwhile, Harper learns of the attack on Angela and presses Chase for answers about what happened on Morac Air Flight-31 that would make Hamzad risk his revenge on Chase and go after Angela. In the end, Harper and Chase race against time to save Angela from Hamzad’s men.

The Old Man Finale Ending: Where Is Angela Adams?

As Harper and Chase learn of the attack on Angela, they change course and race towards the base where Agent Waters was keeping her. However, Agent Rahmani, who is in charge of ensuring Chase boards the plane, informs Harper that he cannot allow them to abscond. As a result, Chase and Harper must take down Rahmani and the Moroccan Secret Service Agents following them. Chase makes quick work of the enemies by shooting down their cars with expert precision. Chase and Harper drive towards the base as Harper wholeheartedly accepts Angela as his daughter despite the lies fed to him by her, Chase, and Bote. 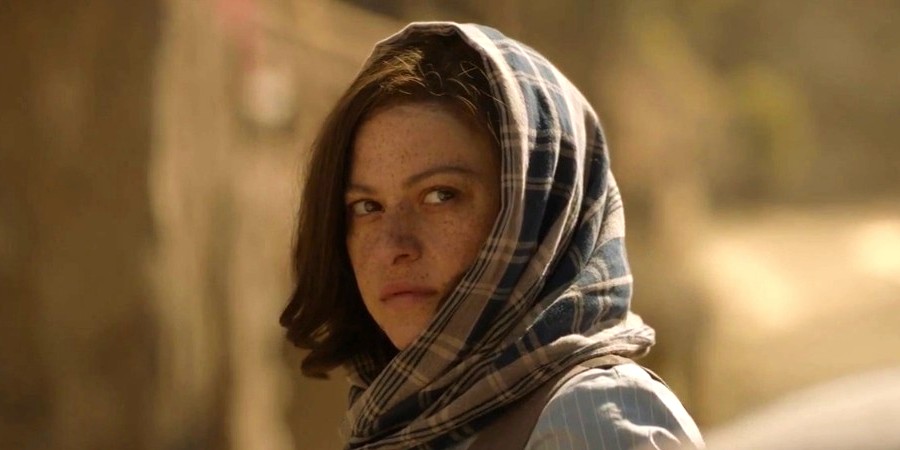 After the duo arrives at the town center by tracking Agent Waters’ van, Harper finds the CIA agent and Mike dead. Moreover, Angela is missing from the van, leaving her fate unexplained. A distraught Chase reveals that Angela is Hamzad’s biological daughter. When he fled Hamzad’s camp with Belour, the duo took Hamzad’s daughter, Parwana, with them and smuggled her into the United States without the knowledge of Harper or even Morgan Bote. As a result, it becomes evident that Hamzad has abducted Angela. The same is confirmed in the final moments as Angela lands in Afghanistan and comes face-to-face with her birth father, Faraz Hamzad. The season ends with a dejected Chase and Harper plotting their next move in hopes of bringing back Angela/Emily.

One of the most mysterious characters introduced in the show’s first season is Joel Grey’s Morgan Bote, the FBI Director on the verge of retirement. He is revealed as the mentor and father figure to both Dan Chase and Harold Harper. Therefore, it is surprising that Bote acts against his own sons and tries to hurt them. Bote is behind the task force comprising Agent Waters, Julian Carson, and Mike, who abducts Angela Adams and uses her to force Chase into handing himself over to Faraz Hamzad. Given Bote’s emotional connection to Chase and Harper, it is perplexing why he would plot against them.

On the other hand, Chase and Harper risk everything to save their child. Thus, the contrasting scenarios hint that Bote secretly works with Hamzad for unknown reasons. When viewers first meet Bote, it is evident that the FBI Director only cares about his public reputation. Therefore, it is likely that he wants to keep his unethical actions a secret and could be receiving Hamzad’s help in doing so. If the same proves to be true, the series might be setting up Morgan Bote as the true antagonist of the show. However, viewers will have to wait for a second season to learn more about Bote’s motivations and the true nature of his association with Faraz Hamzad.