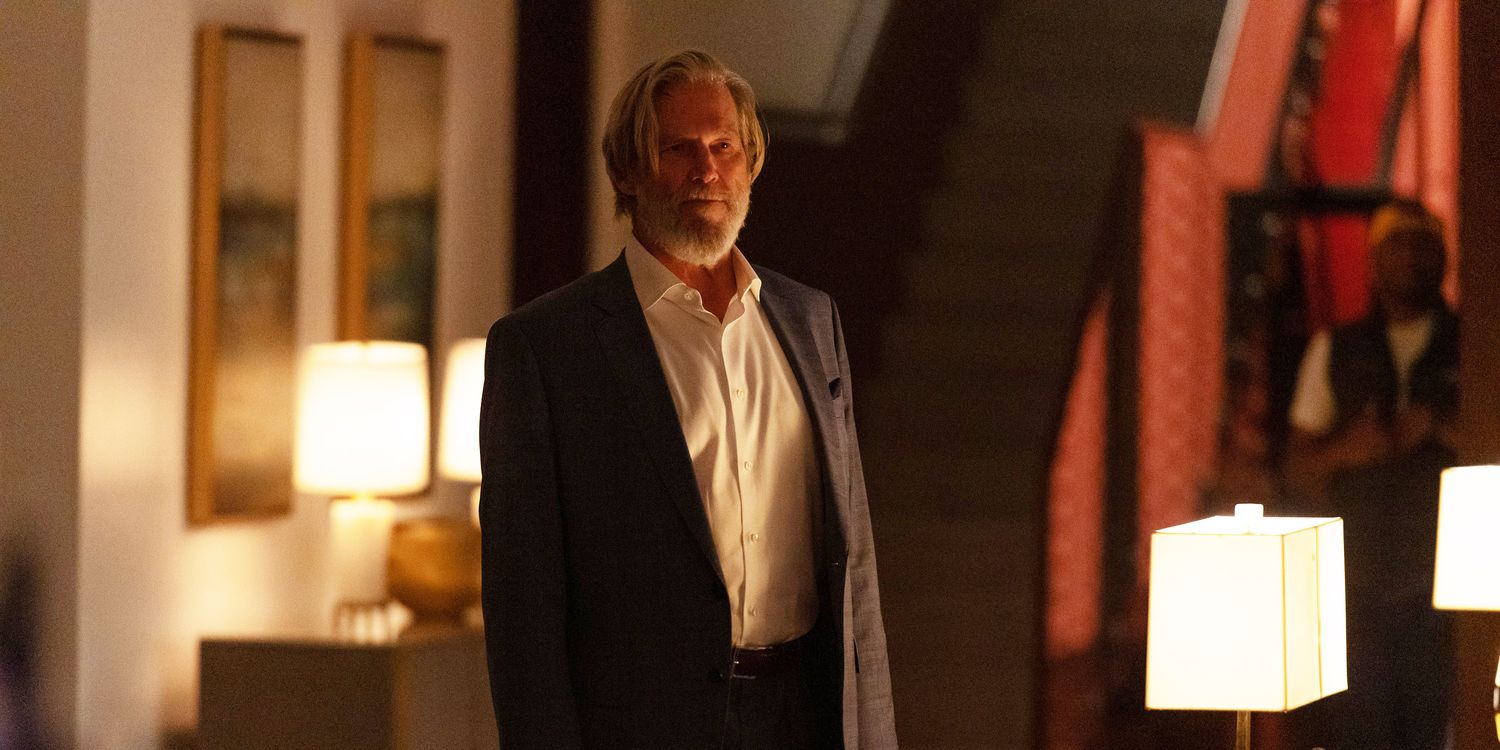 ‘The Old Man‘ races towards a climactic showdown between ex-CIA Agent Dan Chase (Jeff Bridges) and Afghan warlord Faraz Hamzad in its sixth episode. In the episode titled ‘VI,’ Chase attempts to establish an alliance with old acquaintance Suleyman Pavlovich to take out Hamzad. However, Chase’s plan backfires, landing him and Zoe in more trouble.

On the other hand, Harold Harper faces a dangerous situation as he tries to protect Angela and his reputation. In the end, Chase and Harper are running out of options, and we are sure viewers must be wondering about their next move. Therefore, let us break down the events and ending of ‘The Old Man’ episode 6! SPOILERS AHEAD!

The sixth episode, titled ‘VI,’ opens with Dan having a nightmare about Young Abbey while on the plane with Zoe. On the plane, Chase shows Zoe a strange ritual he performs before going on a mission. They discuss coping mechanisms in Chase’s line of work. Zoe questions Chase about his convictions but receives a vague reply. Meanwhile, Harper gets a call from his wife, who explains that she knows of his involvement in aiding and abetting a rogue spy. She reveals that Morgan Bote is at their house and wants to speak with her husband.

Bote and Harper have a conversation about the FBI Assistant Director’s current situation. Harper questions Bote about planting Chase’s daughter, Emily, in his agency under the false identity of Angela Adams. Bote explains that Angela can be used to resolve Harper’s situation and save his reputation from ruining in the public eye. Bote offers to help Harper, but Harper is conflicted about using Angela as a pawn to save himself. Simultaneously, Bote’s task force comprising Julian Carson, Agent Waters, and contract killer Mike arrives in Tunis.

Meanwhile, Dan and Zoe land in Morocco and head to meet with Russian oligarch Suleyman Pavlovich. A flashback reveals that Young Dan Chase helped Pavlovich escape from Hamzad’s camp, where he was being brutally tortured. Sometime later, Young Hamzad learns that Belour was spying on him, and she likely freed Pavlovich with Chase’s help. Harper tries to understand where Angela’s loyalties lay. Angela reveals that she is aware that Harper received a call from an “Old Man.” Harper explains that Bote offered to help clear his name by blaming Angela. Nonetheless, Harper resolves to protect Angela.

In the episode’s final act, Angela convinces Harper to let her take the blame for all the treasons committed by him. Angela explains that she has arranged for Harper to return home while she heads to Morocco to take down Hamzad with her father. However, as Harper reaches outside the airport, he sees Agent Waters waiting for him. Harper becomes convinced that something is fishy and races inside the airport only to find Angela gone.

Elsewhere, Chase meets with Suleyman Pavlovich and asks for his help in killing Hamzad. Chase saved Hamzad’s life, and the Afghan warlord has a grudge against Pavlovich and Chase. Therefore, it would make sense for Pavlovich to help Chase. However, Pavlovich reveals some disturbing secrets about Belour, aka Abbey Chase. He states that Belour had a way of wooing men and coercing information from them. Pavlovich had a history with Belour before she became Hamzad’s wife, implying that there is more to the conflict between Hamzad and Chase. Meanwhile, Nina Kruger speaks with Zoe and offers to save her from getting caught in the conflict between Chase and her boss, Hamzad.

In the end, Pavlovich refuses to help Chase. He reveals that Hamzad’s lawyer, Nina Kruger, spoke with him and made a deal that ensures Hamzad will not harm Pavlovich in exchange for Chase’s location. Thus, Pavlovich’s men open fire on Chase, and chaos ensues. Chase reunites with Zoe, who turns down Kruger’s offer. The two escape from Pavlovich’s estate in a boat, only to be caught by local law enforcement. However, much to Chase’s surprise, Harper emerges from a helicopter and reveals that Bote has kidnapped Angela/Emily. Thus, the episode ends with setting up the much-awaited team-up between Angela’s two dads, who will have to work together to save her life. At the same time, Chase and Harper must come out all guns blazing against their father-figure, Morgan Bote.