The Thing About Pam Episode 4 Recap and Ending, Explained 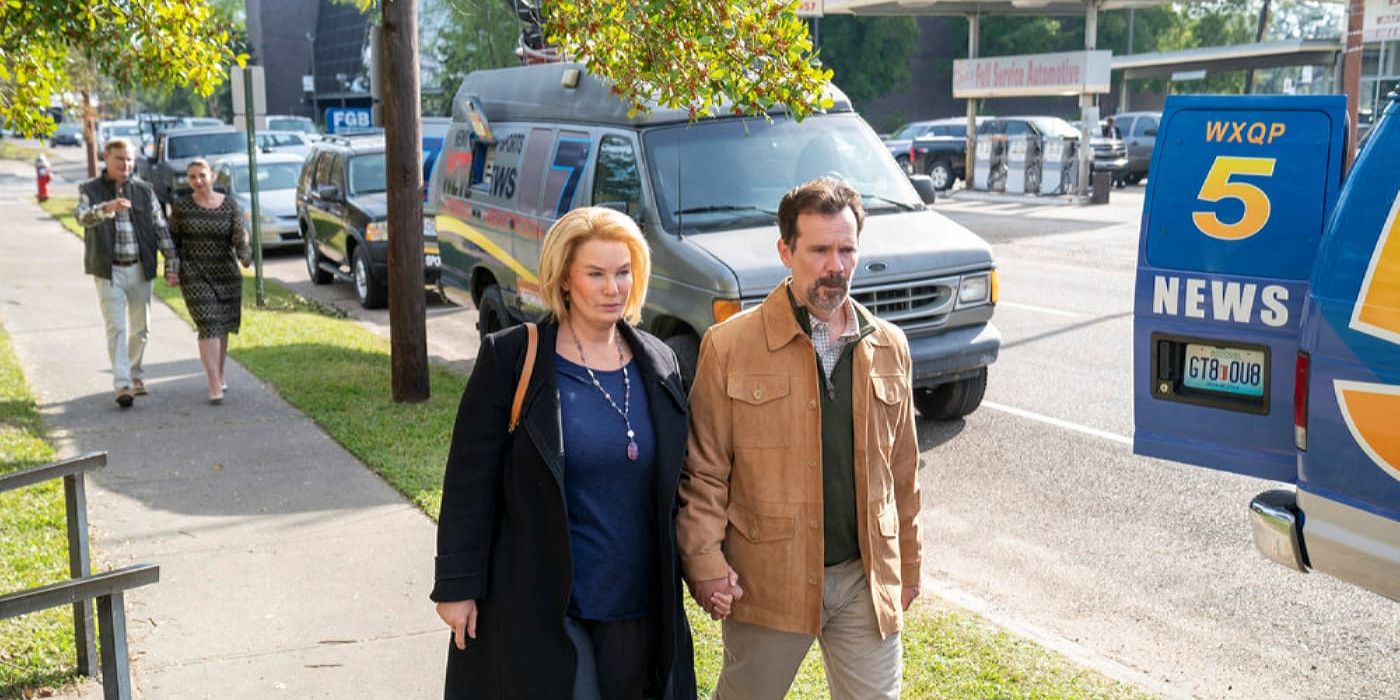 ‘The Thing About Pam‘ follows Pam Hupp and her secretive machinations in the aftermath of her best friend, Betsy Faria’s death. The fourth episode of the crime drama series picks up a few years after the conviction of Betsy’s husband, Russ Faria. As Russ’ lawyer, Joel Schwartz, prepares for his client’s retrial, some shocking evidence comes to light that does not bode well for Pam.

Pam’s personal life also puts pressure on her, and she is forced to take desperate actions. If you wish to catch up on the episode’s events and seek insights about its ending, allow us to share everything that happens in ‘The Thing About Pam’ episode 4! SPOILERS AHEAD!

The Thing About Pam Episode 4 Recap

The fourth episode, titled ‘She’s a Loving Daughter,’ opens with Pam and her family gathering to celebrate the birthday of her mother, Shirley Neumann. Shirley and Pam have a difficult relationship as Shirley believes Pam is only looking after her for the money in her will. A series of flashbacks detail Pam’s youth and how she became a mother at a young age, and how her relationship with her own mother shapes her treatment of her daughter, Sarah.

The scene then shifts to a few years after Russ Faria’s conviction. Pam and her husband have been facing financial struggles, and Pam is avoiding ‘Dateline’ producer Cathy Singer. Meanwhile, defense attorney Joel Schwartz is still fighting to prove that Russ is innocent and has been wrongfully convicted in the Betsy Faria murder case. He reveals to Russ that they have been granted a retrial in the light of Lily and Mariah’s civil lawsuit against Pam for the insurance money.

Pam’s deposition in the insurance money lawsuit adds credibility to Schwartz’s case for defending Russ. Moreover, Schwartz also receives the Luminol Test pictures that he was denied access to during the first hearing. The photographs clearly prove that there was no blood on the floor and kitchen sink. There is also no sign of a clean-up in the pictures. Although Schwartz is confident of proving Russ’ innocence, Russ himself remains skeptical.

At the hearing, Schwartz presents all the newfound evidence to the court. With witness testimonies, Schwartz proves that the letter found on Betsy’s computer had been copied from a different computer, thereby confirming that Betsy did not write the letter. Ultimately, DA Leah Askey decides not to call Pam as a witness, and Schwartz also does the same. The judge arrives at his verdict and acquits Russ of both the charges against him. Russ is finally proven innocent, but Pam’s story takes a new turn in the episode’s final moments.

The Thing About Pam Episode 4 Ending: Who Sent the Photos to Schwartz?

In the episode, Russ finally walks free after spending nearly three years in jail. However, it would not have been possible without the Luminol Test pictures Schwartz surprisingly receives from an anonymous source. In the episode’s closing moments, Schwartz visits the DA’s office to have a word with Askey. He offers to share his research that could implicate Pam in Betsy’s murder. However, Askey refuses, still believing that Russ is the culprit.

While leaving the office, Schwartz notices that the envelope in which the Luminol Test pictures were delivered to him is the same as the one Askey’s assistant, Tina, is using. Earlier in the episode, Tina tries to persuade Askey to look at Pam as a potential suspect. However, Askey promptly turns her down. Thus, it is evident that Tina sent the photos to Schwartz. Her conversation with Schwartz also confirms the same.

The episode gives viewers a look at Pam’s relationship with her mother, Shirley. As Shirley is old, she suffers from many ailments and lives in an assisted living facility for the elderly. However, her relationship with Pam has remained problematic over the years, and Shirley continues to taunt Pam over her life choices. Shirley is particularly unhappy with Pam’s decision to buy a house that her daughter, Sarah, was bidding on to kick-start her real estate career. Shirley expresses her displeasure and also threatens to expel Pam from her will. After their argument cools down, Pam offers her mother a drink before heading home.

Pam also informs the reception that her mother is unwell and will not be having dinner or breakfast. Pam’s actions suggest that she has executed something sinister. With her financial condition already dire, Pam is no longer willing to risk losing the money from her mother’s will, thereby giving her a motive to murder Shirley. The episode’s final scene shows that the dead body of Shirley is discovered on the grounds of her apartment building by two by-passers. Thus, Shirley’s death adds a new angle to Pam’s story and her wicked machinations.