The Thing About Pam Episode 5 Recap and Ending, Explained 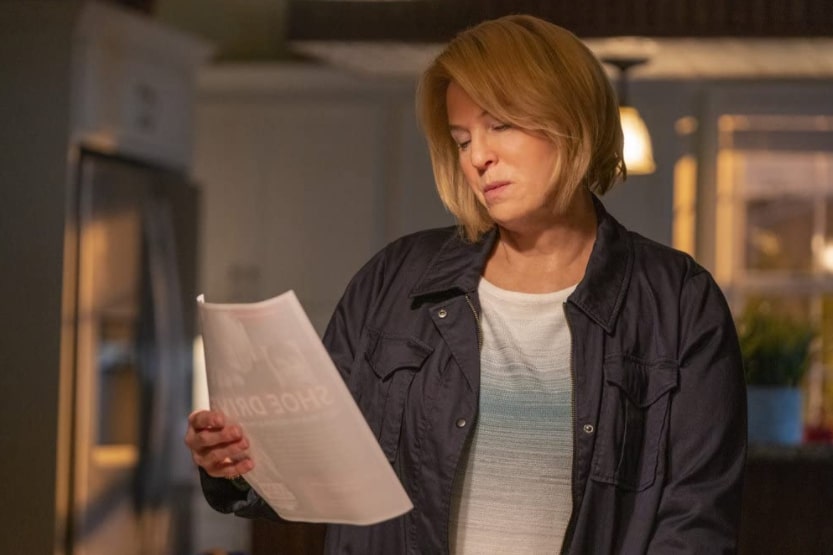 Based on NBC’s podcast by the same name as well as the ‘Dateline’ episodes revolving around the horrific murder of Betsy Faria, ‘The Thing About Pam‘ delves deep into how Pam Hupp derails the entire matter for years. After all, she not only lies time and time again to save herself, but she also goes to extreme measures to essentially ensure that everyone sees her in a positive light — which actually changes drastically in episode 5. So now, if you wish to catch up on this installment’s events and get a proper insight into its ending, don’t worry; we’ve got you covered. SPOILERS AHEAD!

The Thing About Pam Episode 5 Recap

Aptly titled ‘She’s Not Who You Think She Is,’ the fifth episode wastes no time in getting straight to the point by implying that Pam could’ve had a hand in a few strange deaths over the years. It opens with the Hupp family in Florida in 2003 and how she wishes to relocate to Michigan as soon as possible (with a lot of cash) following the passing of an older woman she knew, Mrs. Fitzgerald. Then, not only does it fast forward to touch upon the public’s reaction towards her owing to an incriminating ‘Dateline’ segment, but it also raises important questions around her mother’s 2013 demise.

It’s producer Cathy Singer who begins this line of inquiry for an updated coverage in the NBC series, yet although she receives no direct answers from anyone, the one constant factor is Pam’s refusal to speak out. With that said, people do get a look into who the flipper on disability really is, thanks to her testimony during the case against her for the insurance money by Betsy’s daughters. That’s where Pam reiterates her claims of having memory issues due to a “traumatic brain injury,” never answers any question directly, and even concedes she lies when people bother her.

This last remark shocks everyone, but Pam wins the civil lawsuit anyway because there’s no evidence that Betsy left the $150,000 under her friend’s name for her daughters. The fact that she literally skips out of the courtroom and still refuses to talk to reporters despite her comments inside doesn’t sit well with anyone either, leading to her gaining more notoriety (not the good kind). Even Pam’s neighbor/friend turns against her owing to a blend of some old and these new aspects. Plus, a subsequent encounter drives one of Betsy’s daughters to move to California for a fresh start.

Coming to the connection between Pam and District Attorney Leah Askey, that goes a little cold as well, especially as prosecutor Mike Wood decides to run against the latter for office by making this case his entire campaign. He even has a conversation with a now-exonerated Russ Faria’s defense attorney, Joel Schwartz, to get every piece of information he can on Pam to make the best of the situation for all parties. Moreover, Tina again plays a crucial role by simply shredding the confirmation document for the “destruction of evidence” order previously given by Leah.

The Thing About Pam Episode 5 Ending: Will Pam Really Get Rid of the People in Her Way?

Throughout episode 5, Pam’s husband and son try to suggest that maybe they should move due to the animosity they’re facing in their small town. However, in the end, while “taking care” of her unwell neighbor Minnie, Pam explains that she won’t relocate because when there are obstacles or people in the way, you don’t run; you “get rid of it.” The visual of her shooting at a tree marked with a big red “X” during this declaration makes things all the more ominous, suggesting that she plans to take matters to the next level. Yet, Pam’s efforts to harm the people she named will be different.

After all, she has already proven that she can affect others in distinct ways — whether through a letter under someone else’s name or taking complete advantage of her infamy to tarnish reputations. In this episode itself, upon noting Betsy’s daughter Mariah Day’s lingering affection towards Russ, Pam sends her a rude note at her workplace with his name signed at the bottom. She genuinely breaks the young girl’s heart until the latter recognizes the handwriting just a short while later. Furthermore, Pam goes to one of Leah Askey’s public events – as part of her re-election campaign – and seemingly, deliberately makes herself known to drive away the general public coming the DA’s way.