Where Was Hallmark’s Girlfriendship Filmed? Who is in the Cast? 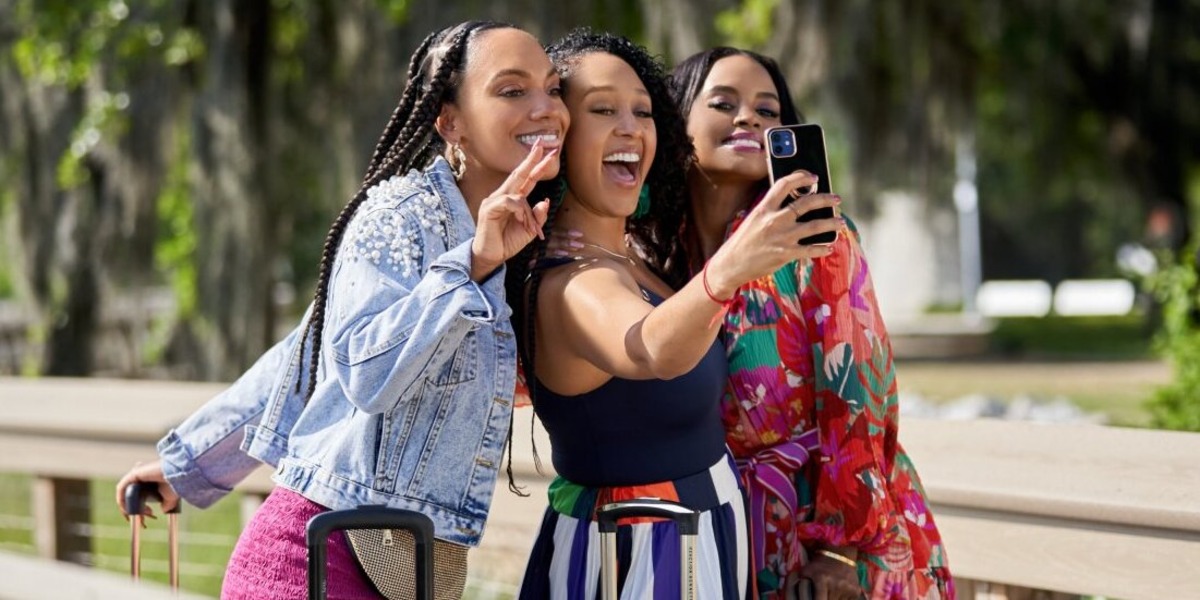 Hallmark’s ‘Girlfriendship’ is a comedy-drama film directed by debutant director Keshia Knight Pulliam. The film tells the story of Samara and her friends who plan a getaway trip for Samara’s birthday. However, a booking mix-up results in an abrupt change of plans. As a result, the three women are forced to spend a week at a camp instead of their fun-filled partying plan. In the process, the women discover the importance of love, friendship, and passion while trying to understand their potential in life.

The heart-warming and feel-good tale is one of the many Hallmark offerings that underline the theme of sisterhood and friendship. However, the made-for-television movie features some fresh and exotic locations that give viewers a feel of the group’s relaxing and eye-opening vacation. Therefore, viewers must be looking for details about the filming locations that feature in the movie. Likewise, the film’s cast features some familiar and some unknown faces. Therefore, a curiosity about the cast members is understandable. If you wish to learn more about the cast and filming sites of ‘Girlfriendship,’ here is everything you need to know!

‘Girlfriendship’ was primarily filmed on location in South Carolina, especially in the town of Charleston and Edisto Island. Principal photography on the project commenced on April 25, 2022, and concluded on May 15, 2022. The film mainly takes place at a campsite on a beach and features some scenic shoreside locations. South Carolina is known for its marshes and beaches. Therefore, it is understandable why the makers chose to shoot the movie in the state. Let’s take a closer look at the exact filming spots of ‘Girlfriendship.’

Charleston is the largest city in South Carolina and one of the primary filming destinations of the movie. The cast and crew filmed scenes on location in various parts of the city, including the Park Circle neighborhood. Charlestown was founded in 1670 as Charles Town, named in honor of King Charles II. The city holds an important place in American history as it was a major slave trading port.

Charlestown is a popular tourist spot, and local attractions include Rainbow Row, The Battery, Magnolia Plantation and Gardens, Waterfront Park, and Arthur Ravenel Jr. Bridge. Filming of popular shows such as ‘Mr. Mercedes, ‘The Sinner,’ and ‘House of Cards‘ took place in Charlestown.

‘Girlfriendship’ stars Tamera Mowry-Housley as Samara. Mowry-Housley started her career in Hollywood by playing the lead role in the sitcom ‘Sister, Sister,’ which aired from 1994-1999. The actress is known for her performances in movies such as ‘The Santa Stakeout,’ ‘Christmas Comes Twice,’ and ‘A Christmas Miracle.’ Actor Brad James plays Kareem, Samara’s love interest whom she meets at the retreat. Viewers might recognize James as Cameran Sanders Jr from the drama series ‘A House Divided’ and Agent Bratcher on ‘Outer Banks.’

Read More: Where Was Hallmark’s Francesca Quinn, P.I. Filmed? Who is in the Cast?