Where Was Hallmark’s Nikki & Nora Sister Sleuths Filmed? Who is in the Cast? 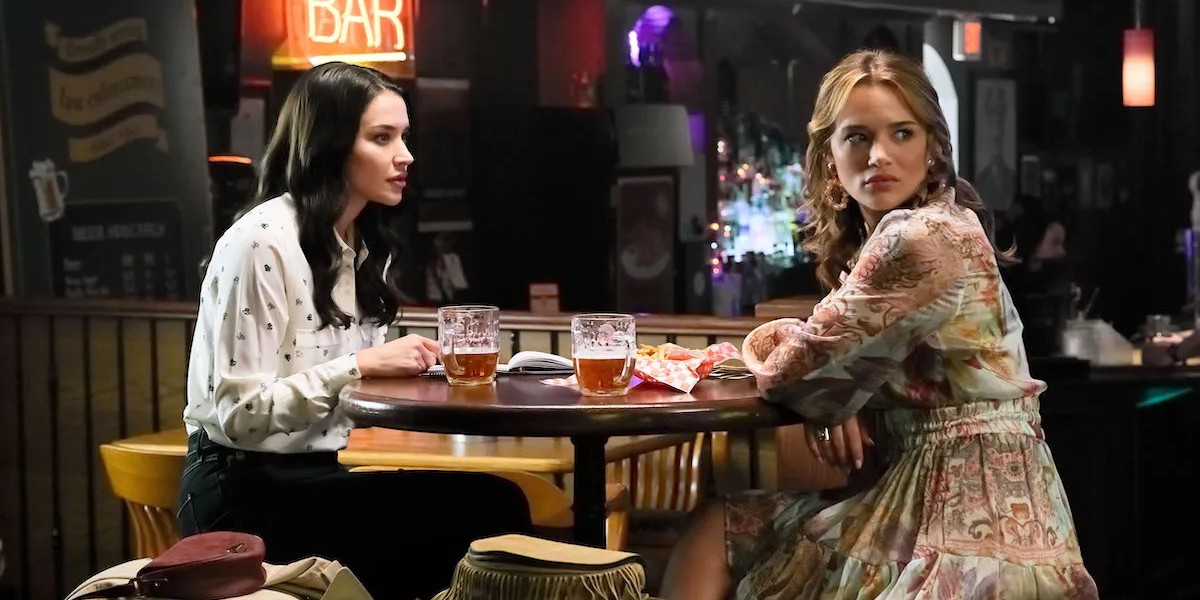 Hallmark’s ‘Nikki & Nora: Sister Sleuths’ is a mystery drama film directed by Kevin Fair. The screenplay is written by Marcy Holland and is based on a story by Dianne Dixon. It follows two fraternal twin sisters, Nikki and Nora, who have become estranged in their adulthood. Nora is a successful lawyer, while Nikki is a struggling actress. However, after the sisters inherit a small detective agency, the two are forced to become a part of each other’s lives. Moreover, when a mysterious dead body is found at Nora’s law firm, she unwittingly decides to join Nikki in solving the case.

The mystery film is set against the backdrop of Chicago and showcases Nikki and Nora’s life in the fast-paced and high-profile city. Therefore, many must be wondering if the movie was shot in Chicago or somewhere else entirely. On the other hand, the film features familiar faces among its cast, making viewers want to tune in to the sister-driven murder mystery. If you are looking for details about the cast and locations of  Hallmark’s ‘Nikki & Nora: Sister Sleuths,’ here is everything you need to know!

‘Nikki & Nora: Sister Sleuths’ is primarily set in Chicago, Illinois, but was filmed on location in Vancouver, British Columbia. Principal photography on the project likely took place sometime in early 2022. Vancouver is a popular filming destination for Hallmark films, and its skyline resembles Chicago. Therefore, it is understandable why the makers chose to shoot the movie in Vancouver. Let’s take a closer look at the filming spots of ‘Nikki & Nora: Sister Sleuths.’

Vancouver is located in the Lower Mainland region of British Columbia and is the main filming location of the movie. The cast and crew of ‘Nikki & Nora: Sister Sleuths’ shot several scenes on site in various parts of the city. Vancouver is one of the most famous filming destinations for Hollywood projects, providing makers with multiple backdrops, talented crew members, and state-of-the-art production facilities.

The city also offers productions up to 28% refundable tax credit on eligible labor costs. Therefore, Vancouver makes an ideal filming spot for the movie. Hit television shows such as ‘Supernatural, ‘The Imperfects,’ ‘Riverdale,’ and ‘The Flash’ have been filmed in the city. Vancouver is also the filming site for big-budget movies such as ‘Doctor Strange in the Multiverse of Madness‘ and ‘Thor: Love and Thunder.’ The city is known for its art, architecture, food, and urban planning.

‘Nikki & Nora: Sister Sleuths’ stars Hunter King as Nikki, a street-smart but struggling actress who tries to make ends meet. King is known for her performance as Summer Newman in the soap opera series ‘The Young and the Restless.’ You might recognize King as Clementine from the CBS sitcom ‘Life in Pieces.’ Rhiannon Fish stars opposite King as Nora, Nikki’s ambitious and successful sister who works as a lawyer. Fish is a familiar face for Hallmark movie fans and appears as Chloe Turner in ‘A Splash of Love.’ However, Fish is arguably best-known for playing the part of Ontari in The CW thriller series ‘The 100.’

David Attar and Madison Smith appear in supporting roles as Detective Scott Evans and Officer Robby Watts. Attar’s credits include shows such as ‘A Million Little Things,’ ‘DC’s Legends of Tomorrow,’ and ‘Lucifer.’ On the other hand, viewers might recognize Smith as Orbin from ‘The Originals’ and Steve Loomis in ‘Chilling Adventures of Sabrina.’ Mila Jones (Becca), Angela Nisheeta (Sheila), and Bronwen Smith (Alice Rodgers) appear in supporting roles.