Where Was Hallmark’s The Presence of Love Filmed? Who is in the Cast? 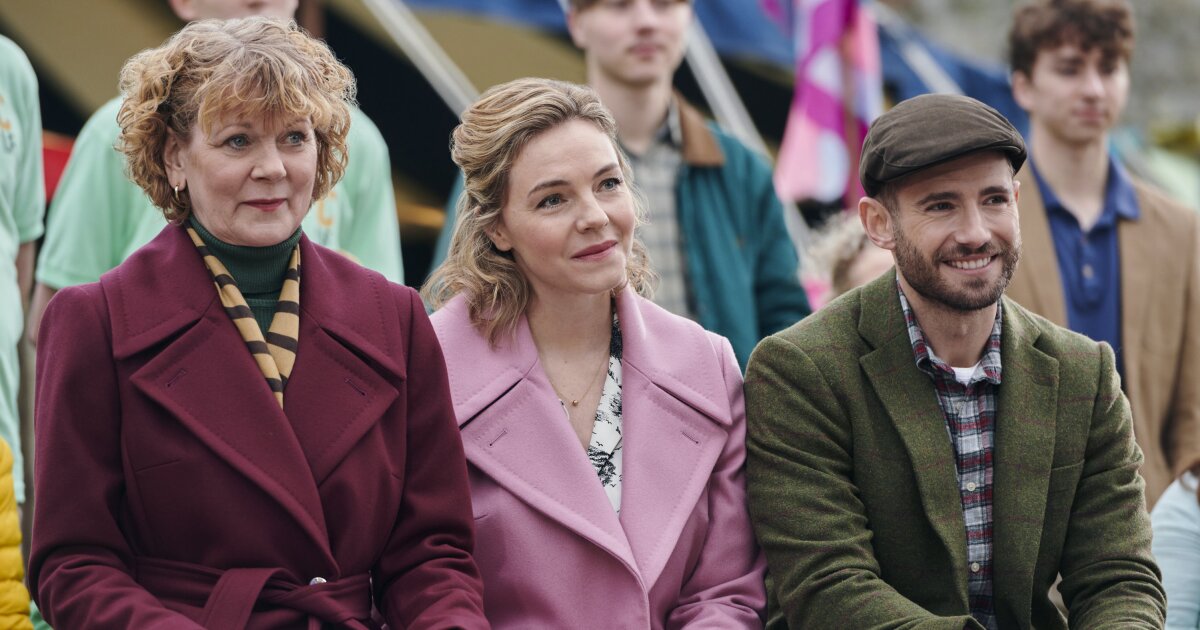 Directed by Maclain Nelson, Hallmark’s ‘The Presence of Love’ is a romantic drama film that revolves around Jocelyn “Joss” Lambert, an adjunct professor of romantic literature. Just before her 33rd birthday, Joss’ friend Gwen gives her a surprise gift from her late mother — a 10-day trip to England that Joss and her mother had planned to undertake together. Despite her practicality and life-long avoidance of adventures, Joss decides to take the leap of faith to discover her roots and push her career forward. Joss arrives at the B&B that used to be her grandparent’s farmhouse in Cornwall.

At the farm, Joss meets Daniel, a single dad who runs the farm, and his mother, Merryn. Daniel has a strained relationship with her mother but adores his daughter, Tegan. Joss bonds with Tegan, who has undiagnosed dyslexia, which endears her to both Daniel and Merryn. Joss may have come to the stunning Cornish farm to write but finds herself feeling things that she has only read about in the books. If the movie’s beautiful settings have made you curious to know where it was filmed, we’ve got your back. Here is everything you need to know!

The Presence of Love Filming Locations

Part of ‘Hallmark Movies & Mysteries,’ ‘The Presence of Love’ features Joss moving to England to visit the picturesque farmhouse of Joss’ grandparents. Well, you’d be delighted to know that the production of the Hallmark film actually took place on-location in Cornwall County in South West England, one of the nine official regions of England. The filming in the region took place in and around December 2021. Let’s take a deeper dive into the specific site where the movie was shot!

‘The Presence of Love’ is set and was filmed in the historic county of Cornwall in South West England. The British county is a popular tourist destination with its beautiful cliffsides that appear in the movie. As the shooting was carried out in December 2021, the cast and crew had to film during dramatic weather with heavy rains and beautiful rainbows. However, the actors seemed to enjoy the stormy climate, along with the local delicacies — like Cornish pasties — and a tour of the local community.

In an interview, Julian Morris (Daniel) stated that while he grew up in England, he had never been to Cornwall despite meaning to do so and was glad to strike it off his bucket list. The farm in which the majority of the film is set is also located in Cornwall. A cafe and farmer’s market were also used to shoot several scenes for the Hallmark movie. ‘The Presence of Love’ shows a rather panoramic view of the Cornish countryside. While talking about their stay in the region, the actors were highly appreciative of the beauty and hospitality that prevails in the rugged terrains of Cornwall.

Talking about shooting in the seaside county, Eloise Mumford, who plays Joss, referred to it as “an incredible character in the film.” She went on to add, “I felt like I was in one of my favorite movies of all time, The Holiday.” It looks like in the early days of filming, Mumford had to be rushed to the Operation Theatre for an operation. She opened up about it via a post on Instagram, the caption of which partly read, “two and a half tough days in the hospital, countless tremendously kind humans, and one delicious post-op piece of toast. ta ta, appendix.”

The Presence of Love Cast

Eloise Mumford plays the role of Jocelyn Lambert AKA Joss in the film. She is known for her appearance as Katherine Kavanagh in the ‘Fifty Shades‘ trilogy. You may also recognize her from ‘Crash,’ ‘Chicago Fire,’ and ‘The Right Stuff.’ Her projects with Hallmark include ‘Christmas with Holly,’ ‘Just in Time for Christmas,’ and ‘A Veteran’s Christmas.’ Starring opposite Eloise is the English actor Julian Morris as Daniel. ‘The Presence of Love’ is his second project with Hallmark after ‘A Royal Queens Christmas.’ Morris also has shows like ‘Pretty Little Liars,’ ‘New Girl,’ and ‘Hand of God’ to his credit.

British actress Samantha Bond, known for her part in projects like ‘James Bond,’ ‘Downton Abbey,’ and ‘Doctor Who‘ spin-off ‘The Sarah Jane Adventures,’ acts as Daniel’s mother, Merryn. Amy Sharp makes her acting debut with her role as Tegan in the film, while Emma Young appears as Natalie. Amanda Blake takes up the character of Joss’s friend, Gwen. Blake is known for her performances in ‘Avenue 5,’ ‘The Batman,’ and ‘Her Pen Pal.‘ The supporting cast also comprises Anand Desai-Barochia, Ellie Nunn, Sarah Corbridge, and Colin Matthews.