Who Will Inherit the Yellowstone Ranch in 1923? Spencer or Jack? Theories 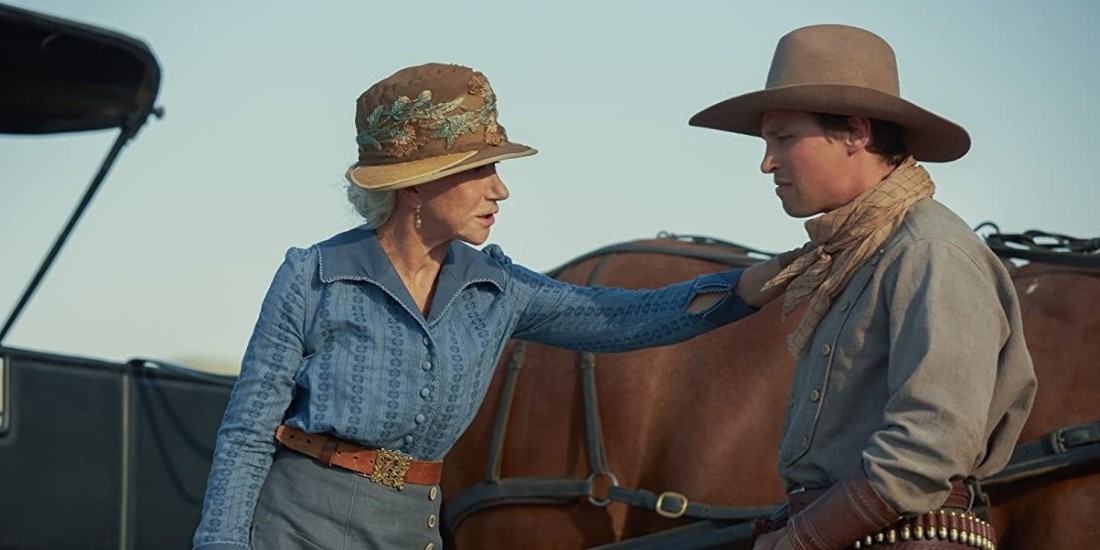 Paramount+’s ‘1923’ tells the origin story of the Dutton family as they fight to protect their land amidst a period of socioeconomic instability. In the series, Jacob and Cara Dutton lead the Duttons against their enemies. However, the Western drama series also set up the ranch’s future, with Jack Dutton and Spencer Dutton expected to inherit the ranch from the aging couple. Therefore, viewers must be wondering who among the uncle and nephew will be chosen as the Dutton family’s next patriarch. If you are wondering whether Jack or Spencer will inherit the Yellowstone Dutton Ranch in ‘1923,’ here are our best theories on the matter! SPOILERS AHEAD!

Jack Dutton (Darren Mann) is the son of John Dutton I (James Badge Dale) and the great-nephew of Jacob Dutton (Harrison Ford). He is a young cowboy dedicated to his duties at the Yellowstone Dutton Ranch. In the series premiere episode, we learn that Jack is set to be married to Elizabeth “Liz” Strafford. However, he calls off the wedding to accompany Jacob and John on a trip to the hill to feed their cattle. Thus, we learn that Jack is a dedicated rancher. Moreover, he is the next generation of the Dutton family and holds a youthful exuberance and tenacity that makes Jack an ideal fit for the ranch’s future leader.

Likewise, John Dutton I and Emma Dutton have only one son, and Jacob and Cara Dutton do not have any children of their own. Hence, logically it makes sense that jack Dutton will inherit the ranch and lead the next generation of the Duttons while upholding the family’s legacy. However, Jack is also described as young, naive, and impulsive. “Jack is a great character, but he’s very hot-headed. He’s very out of control, and she knows that he’s emotionally unstable,” actress Helen Mirren who plays Cara Dutton, stated in an interview with Slash Film. Therefore, Jack might not have the decisiveness and leadership skills like James and Jacob Dutton to become a future patriarch of the family. Hence, Jack might not be selected to inherit the ranch, and his dutifulness and dedication could benefit the ranch in his current role.

Spencer Dutton (Brandon Sklenar) is the youngest son of James Dutton and the nephew of Jacob Dutton. He is the brother of John Dutton I and the uncle of Jack Dutton. In the premiere episode, we learn Spencer fought in the First World War. His experiences on the battlefield have left Spencer traumatized, and he prefers to stay away from his home. Spencer works as a hunter in Africa and hunts down dangerous man-eating animals. In the second episode, titled ‘Nature’s Empty Throne,’ Spencer explains that he feels alive while staring death in the eyes, explaining his choice of a dangerous profession.

Despite his professional choice and distance from his family, Spencer is an ideal candidate to take over the ranch from Jacob. In the same interview, Mirren explained why she feels Spencer could inherit the ranch. “But I think Cara understands that if anyone is going to save the ranch, it’s Spencer. I think she feels (he) has got the stability and the purpose to save the ranch if the ranch needs saving,” Mirren stated. Moreover, Jacob and Cara raised Spencer as their own child, and he is deeply connected to the Dutton family’s ideology. Therefore, it seems Spencer is the first choice to inherit the Yellowstone Dutton Ranch. However, if something happens to Spencer or he does not return home at all, Jack could automatically be chosen as the next leader.