7 Shows Like All of Us Are Dead You Must See 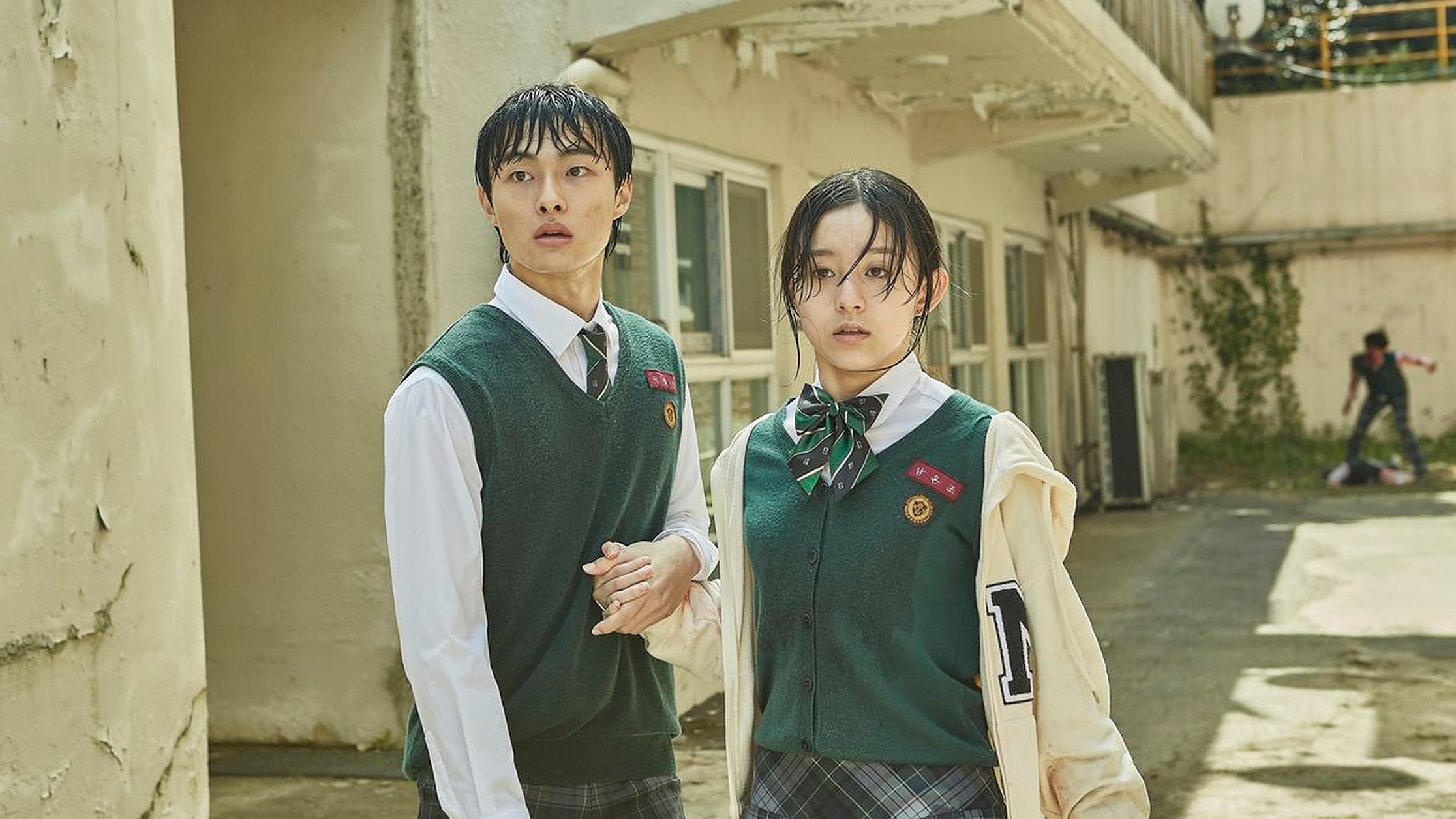 Directed by Lee Jae-kyoo, ‘All of Us Are Dead’ is a Korean language zombie apocalypse horror TV series on Netflix. Based on the webtoon ‘Now at Our School’ by Joo Dong-geun, the story follows a group of teenagers whose school is hit by a zombie-virus outbreak. As the students slowly start turning into human-devouring zombies, the surviving ones fight tooth and nail to protect themselves from getting converted. To add to their challenges, they are left without any food, water, or sources of communication with the outside world. As survivors thus begin collecting resources and building strategies to fend off the zombies, their mental state and equations get tested in the quest for survival.

The gripping narrative and powerful performances by the cast members have made everyone love this coming-of-age show set against the backdrop of a zombie outbreak. If you too enjoyed it and wish to watch more such riveting TV shows with zombies and other horrors, we’ve got the perfect list to keep you at the edge of your seat. You can watch most of these shows similar to ‘All of Us Are Dead’ on Netflix, Hulu, or Amazon Prime. 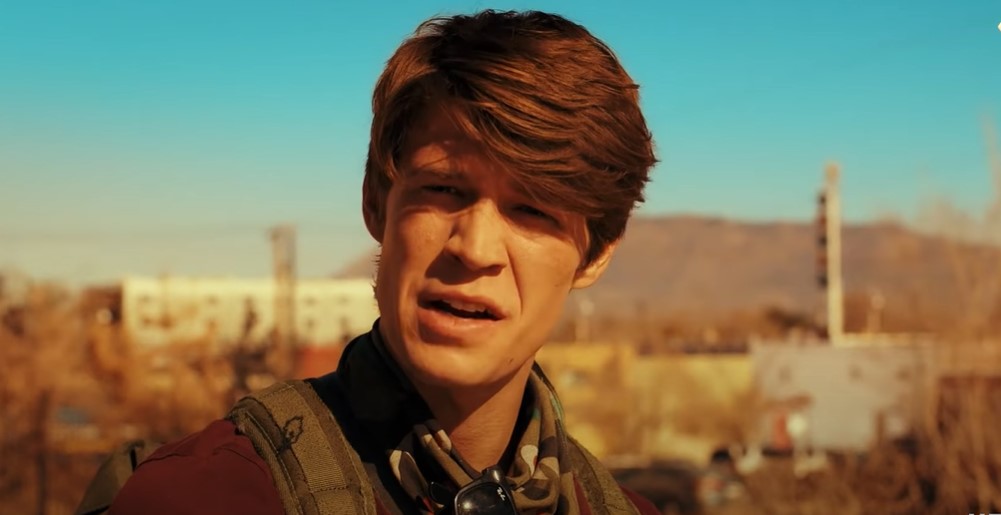 ‘Daybreak‘ is a post-apocalyptic comedy-drama series on Netflix, based on the eponymous comic series by Brian Ralph. It revolves around Josh, a 17-year-old Canadian high schooler who goes searching for his missing girlfriend in post-apocalyptic California. There, he meets a group of odd misfits who then come together to survive from adults who have converted to zombie-like creatures named Ghoulies. The group also faces threats from vicious jock and cheerleader gangs as well as Baron Triumph, the evil former principal of the school.

Though ‘Daybreak’ is more comic, it is equally thrilling as ‘All of Us Are Dead’ and keeps the viewers guessing with its elements of mystery. Furthermore, both the shows are about teenagers forming alliances trying to protect themselves from dangerous zombies. They also give a peek into the minds of adolescents and depict how that age group might behave when faced with a life-threatening situation. Lastly, both shows focus on the group dynamics of the young survivors.

Set in the fictional town of Hawkins, Indiana, ‘Stranger Things‘ is a sci-fi horror drama TV series that revolves around young Will Byers’ disappearance that triggers several supernatural events. As Will’s friends try looking for him, they come across Eleven, a mysterious girl with psychokinetic abilities who decides to help them. The more the group delves deeper into Will’s disappearance, the more they uncover sinister government secrets and creatures deadly beyond one’s imagination.

Apart from this, ‘Stranger Things’ also focuses on the relationships and friendships of the young protagonists, thus making it bear some resemblance to ‘All of Us Are Dead.’ Moreover, the supernatural entities from the Upside Down where Will gets trapped are as terrifying as zombies and the young protagonists find their abilities tested to save themselves and their town from destruction. 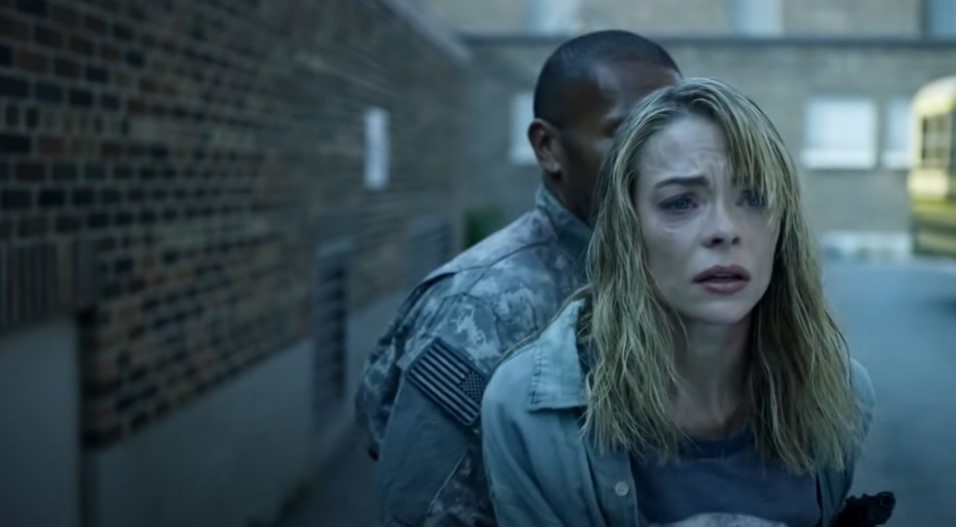 ‘Black Summer‘ is a post-apocalyptic drama TV series that follows Rose, who gets separated from her daughter Anna after the beginning of a zombie apocalypse. As she embarks on a dangerous journey to find her daughter, she finds herself stranded among a group of refugees. As they all try to brave the deadly summer and survive the zombies, Rose begins forming unlikely bonds with some of them them. However, she is soon faced with making drastic decisions to find Anna that risk the lives of those around her.

Although ‘Black Summer‘ portrays a zombie apocalypse from a more adult perspective, the premise of survival at all costs and forming alliances is the same as ‘All of Us Are Dead.’ On top of that, both shows depict the impact of adverse conditions such as weather and hunger on the minds of survivors as well as their interpersonal relationships.

‘Yellowjackets’ is a psychological horror drama TV series that follows a team of female high-school soccer players who survive a deadly plane crash and get stranded in Canadian forests for nineteen months. As the girls struggle to sustain themselves, they gradually begin turning into cannibalistic clans. Relationships are tested as friends turn into a means of surviving the wild. The fears of the girls lead them to make some drastic decisions that come to light when they narrate their ordeal 25 years later.

Although there is no physical entity that terrorizes the survivors in ‘Yellowjackets,’ their own minds begin to play games with them and become their biggest nightmare. The commonality with ‘All of Us Are Dead’ lies in the desperation to survive in an environment with limited or no resources, as well as the effect of that on group dynamics.

Another Korean language apocalyptic horror TV series, ‘Sweet Home‘ is based on Kim Carnby and Hwang Young-chan’s webtoon of the same name. The story revolves around Cha Hyun-soo, a high school student who moves into a new apartment alone after losing his family in a car accident. When humans start turning into superpowered monsters, the socially withdrawn young boy teams up with the survivors trapped in his apartment building. They must now save themselves from the monsters lurking outside.

However, Hyun-soo finds himself torn between sides when he accidentally gets infected by one of the beasts. ‘Sweet Home’ also delves into the mind of a teenager caught in a post-apocalyptic world, as well as the psyches of survivors trapped in a limited space while they battle for resources and to gain each other’s trust. Moreover, much like ‘All of Us Are Dead,’ this show serves as a comment on social disparities and injustice. 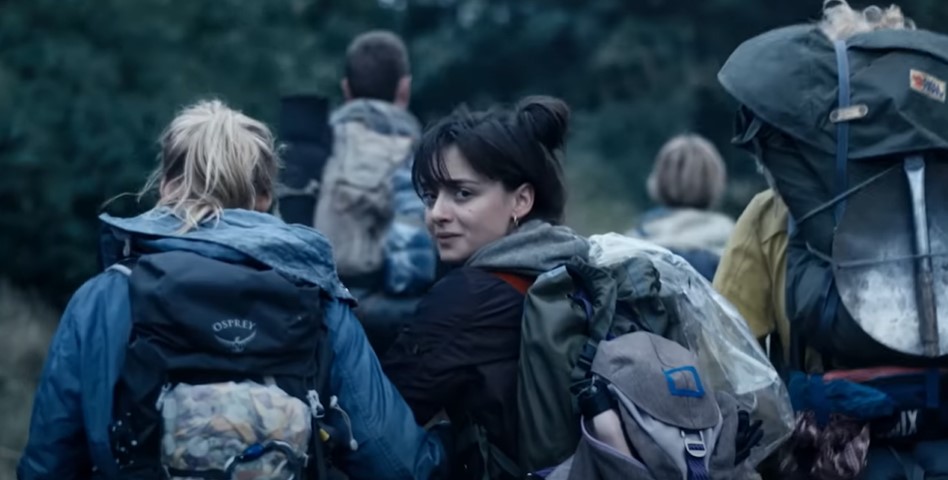 ‘The Rain’ is a Danish post-apocalyptic drama series that follows two siblings, Simone and Rasmus, who emerge from a bunker six years after a rain-carried virus wipes out humanity. The young siblings then join a group of similar young adult survivors, and they set out to find their father as well as a safe place to rehabilitate themselves. However, they all soon find themselves faced with the dangers lurking around and also their own insecurities and jealousy that threatens to tear them apart.

Another brilliant coming-of-age tale amidst the battle for survival like ‘All of Us Are Dead,’ the series has similar central themes of teenage relationships and the struggle to find true allies in a time when humanity is almost dead. The post-apocalyptic element in both shows adds a sense of thrill to their narratives and makes the viewers root for the protagonists till the end.

‘The Walking Dead: World Beyond’ is a post-apocalyptic horror TV series that is a spin-off of ‘The Walking Dead.’ Set in Nebraska ten years after the zombie apocalypse, it revolves around a group of four young teenagers who struggle in a shelter to survive from the perils of the world outside. When they receive a mysterious message, they venture out into unknown territory across the country to save their father. Along their journey, their motives begin to clash as they fight against all odds to save themselves and fulfill their goal.

Just like ‘All of Us Are Dead,’ this series also features a set of courageous teen protagonists who are forced to step outside their comfort zones to survive zombies. Furthermore, it depicts them struggling with the emotional changes of adolescence and the conflicts of conscience. In both the shows, it is not the physically fittest who survive but rather the mentally strongest.

Read More: All of Us Are Dead Ending, Explained: Is Lee Cheong-san Dead?