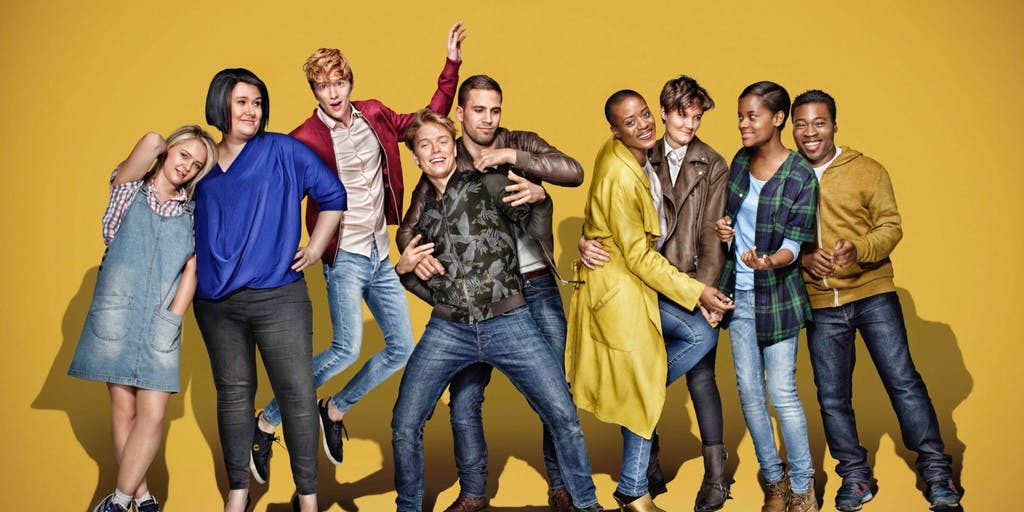 Human sexuality has been a major topic of interest in cultures throughout the world ever since the birth of human civilization. Since civilization in its earliest stages ran on belief more than logic and reason, it was just presumed that sexuality is simply there to serve the purpose of reproduction and thus to take the human society forward. As years passed, this assumption entered religious discourses and became such a strict norm that any divergence from it came to be considered a sin and something which needs to be eradicated from society permanently. It was only in the 20th century, with the advent of modernism and individuality, that such norms were questioned for the first time, and this desire to express oneself freely started getting mass attention. Till date, only a handful of countries across the world have legalized gay marriage, with the topic still remaining a taboo in most parts of the world.

It wouldn’t be presumptuous to state that mass media is the best way to spread awareness among the public about gay marriage and relationships being as normal as their heterosexual counterparts. And if this is something we can all agree upon, the next step is to realize that no other form of mass media has as much appeal throughout the world as television. With television shows projecting same-sex relationships in the same way that they project heterosexual ones, there are chances that the general public will slowly come to realize where society was going wrong all this while. And thus, there is no shadow of a doubt that gay shows are the need of the hour. If you are also of the same opinion and want to check out some of the most important shows on television with gay characters, then we have come up with a special compilation that should quench your desire. Here’s the list of top gay TV shows of all time. You can watch several of these gay shows on Amazon Prime or Hulu. 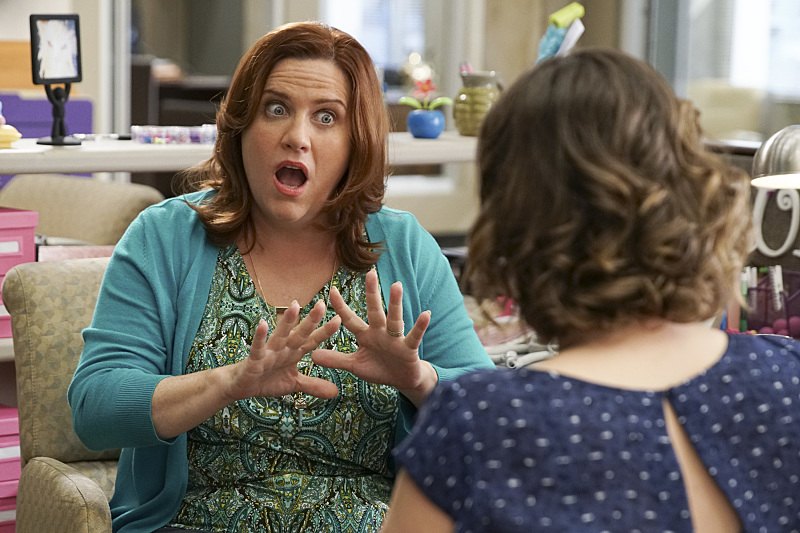 This CW original series follows the life of lawyer Rebecca Bunch who decides to shift to California from New York City in order to find true happiness, love, and meaning to her life. As she tries to look for her ex-boyfriend Josh and reconnect with him, we are also made aware of Rebecca’s friends and their lives along the way. Among her friends is a woman called Valencia Perez, who is actually Josh’s girlfriend when we first meet her. But as time passes, her relationship with Josh reaches a point of stagnation. Valencia decides that she should explore her thoughts and feelings more. Eventually, she comes across a woman called Beth and the two of them hit it off perfectly, even starting a business by themselves.

Another important homosexual relationship of the series forms between Rebecca’s boss Darryl and a fitness instructor called White Josh. Their relationship starts smoothly, but comes to a halt when Josh refuses to start a family. The way these relationships are treated in ‘Crazy Ex-Girlfriend‘ is a point to be marveled at. These couples go through the same ordeals as any other couple does, and the way these characters come out of the closet becomes a tale of inspiration for those homosexual people who are still hiding their feelings for fear of societal repercussions. 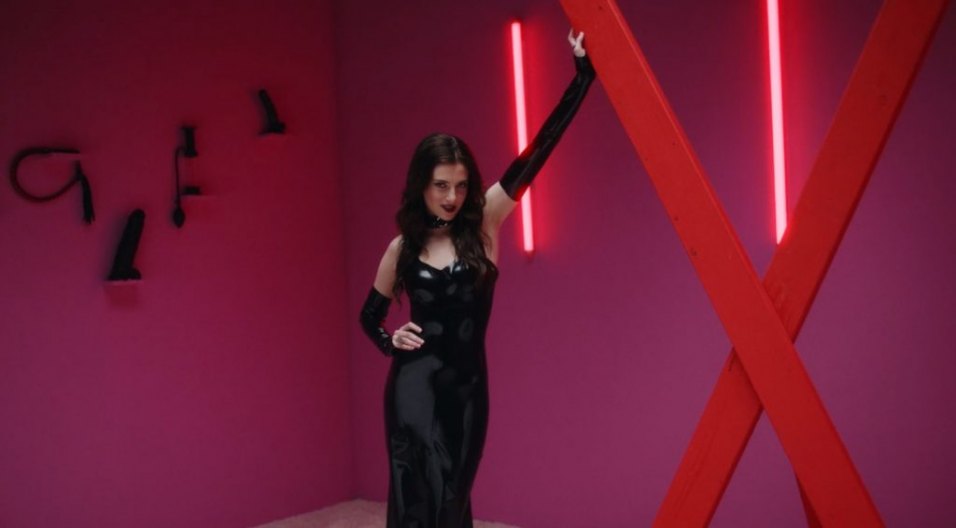 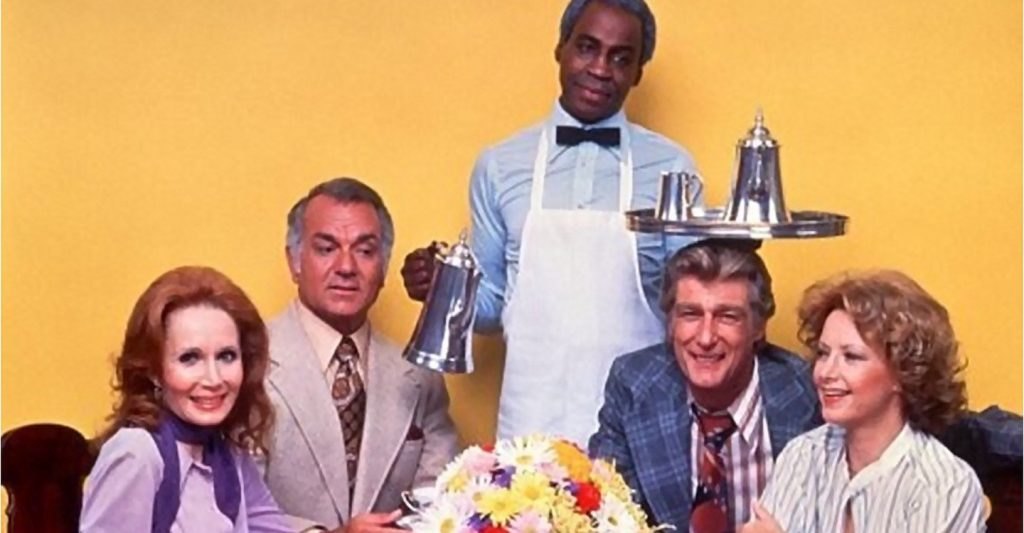 In the 1970s, there were not many shows that explored same-sex relationships. At that point of time, Susan Harris came out with a series which questioned all such norms and tried to break down barriers as much as possible. The ABC series ‘Soap’ is basically a parody of all soap operas where the melodrama which is present in such shows are made fun of. The story progresses in a serialized format while dealing with topics from sexuality to murder, to alien abduction, and so on. The series follows two families – the upper-class Tates and the blue-collar Campbells. It is their interactions which drive the narrative forward. Jessica Tate and Mary Campbell are the two central characters of the series, and it is Mary’s son Jodie Dallas (played by Billy Crystal) who is the homosexual character of the series, and he’s shown to be dating a football quarterback. 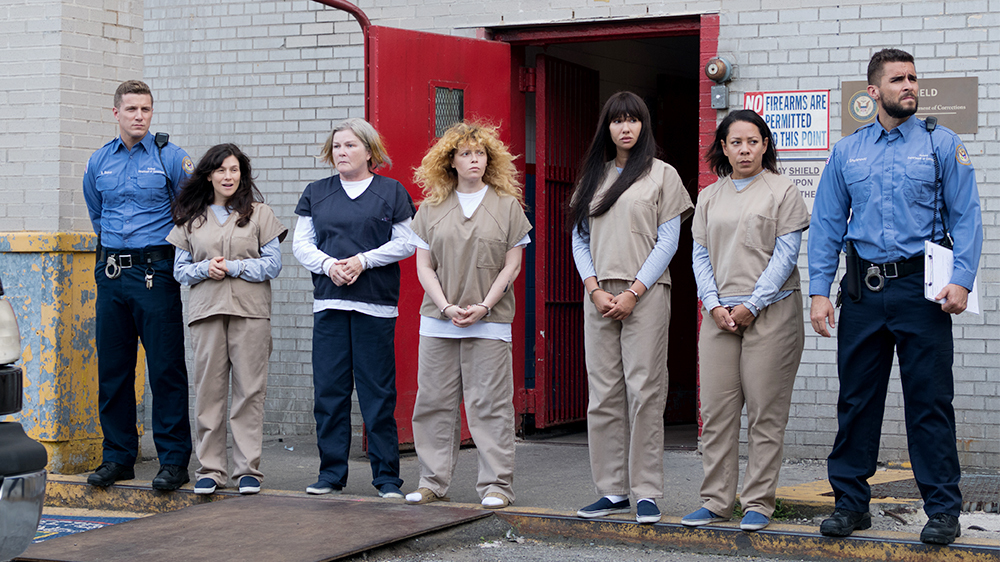 One of the most popular Netflix original shows of all time, OITB is pathbreaking in ways more than one. The story of the series is based on the real-life events of the life of Piper Kerman, a woman who had to serve 15 months in prison because she helped her girlfriend transport some drug money. Inside the prison, Kerman experiences a life she had no idea about. The inmates live in extremely unhealthy conditions; violence breaks out occasionally, with sexual torture also being quite common. There are a number of lesbian women in the prison who do not hesitate to flaunt their sexuality, and it is their lives we get to see in the show. ‘OITB’ is a show loved by both critics and audiences, and has received 12 Emmy nominations and three wins throughout its run. The series manages to paint a picture of female sexuality in a completely different social structure and thus becomes a very important addition to this list. 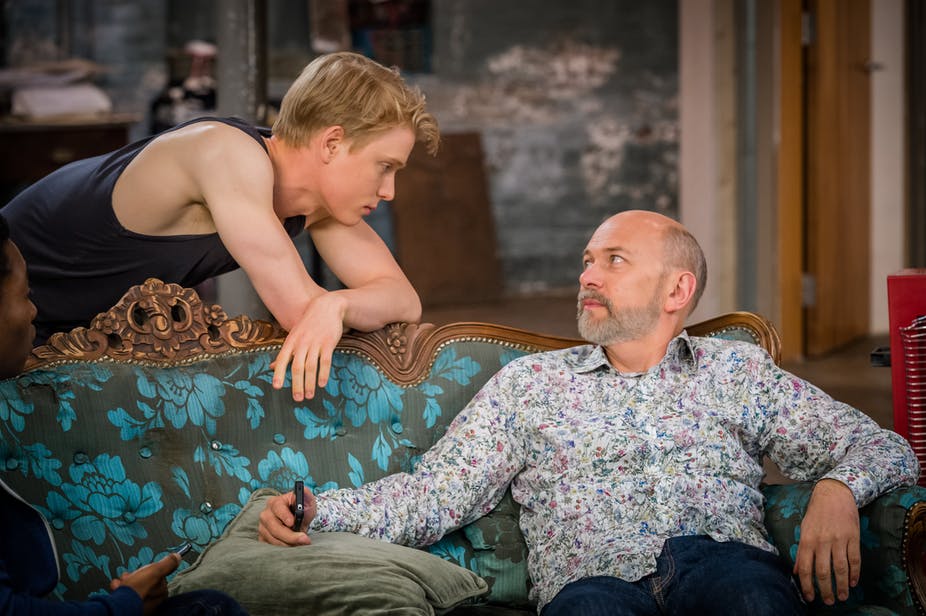 One of the most honest and truthful accounts of same-sex relationships, this Channel 4 series is a show which deals with the lives and problems of eight different homosexual couples in the English city of Manchester. Each of the eight episodes of this series deals with one particular couple and observes how they lead their lives, the challenges they face in their daily existence, and also tries to understand the love that they share with each other. The series provides us with a spectrum of different characters to understand and empathize with. They are people who have the same aspirations and desires as we all do, and it is only the social stigma which prevents us from accepting them for who they are. 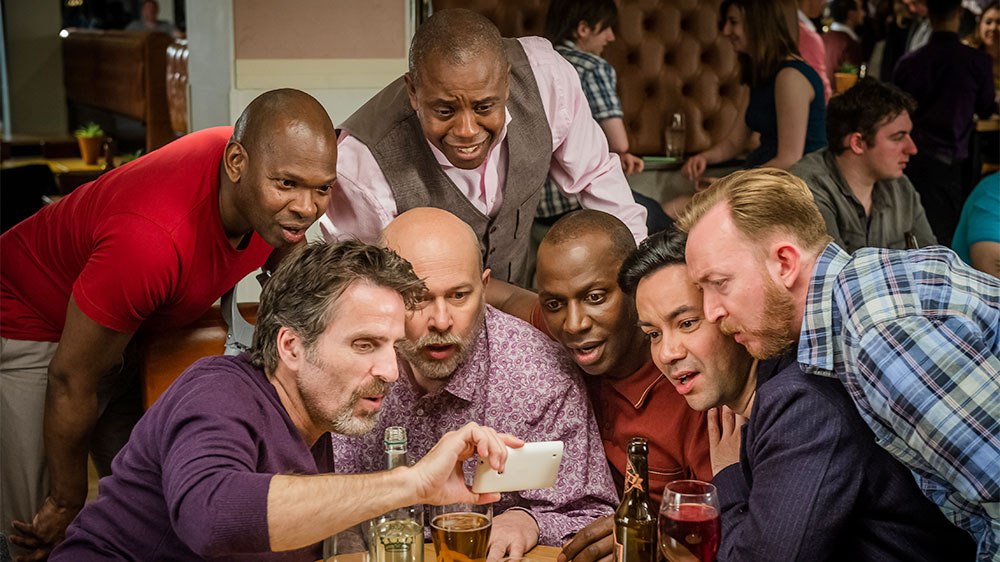 Cucumber is the first miniseries by Russell T Davies, who is also the creator of ‘Banana’. The story of ‘Cucumber’ follows the life of a middle-aged man called Henry Best who breaks up with his boyfriend and then through the eight episodes of the series we follow him across the many highs and lows of his life. Henry goes through a number of experiences in this period, and each of them reveals not only aspects of his personality but also how society behaves with people who do not tread the common path. Moreover, the show also works as a great comedy, with many scenes invoking genuine laughter. 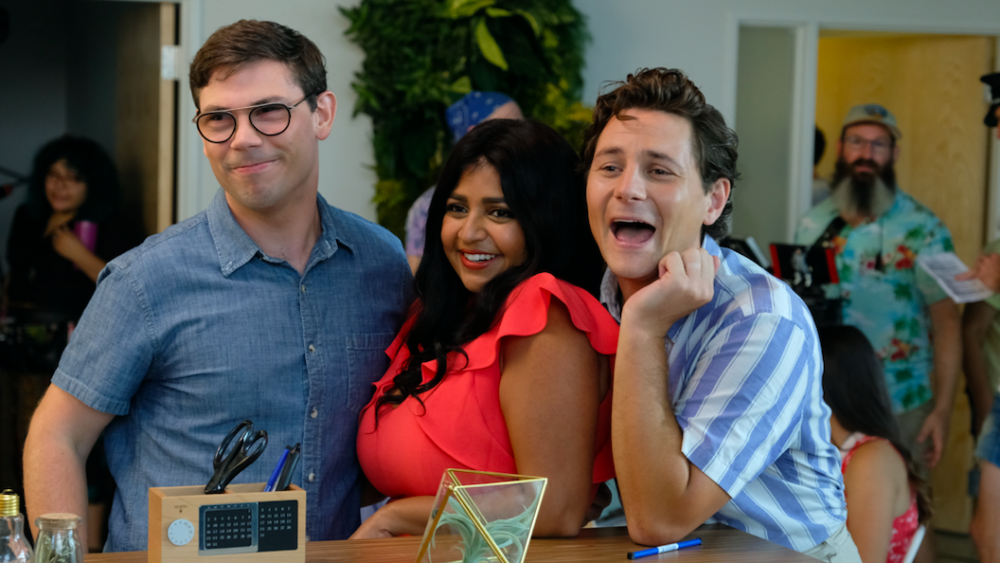 Ryan O’Connell’s brilliant book ‘ I’m Special: And Other Lies We Tell Ourselves’ has been marvelously transformed to the television screen in the Netflix original series ‘Special’. The story centers around a man called Ryan Hayes (portrayed by O’Connell himself), a homosexual man who also suffers from cerebral palsy. Ryan, however, does not want to see himself as an accident victim who has to be dependent on others for his life. So he decides to take matters into his own hands and live his life just the way he wants to. This is a show which states in very clear terms that nothing is impossible if one has the courage to start taking the steps forward. Whether you are physically weak or your sexuality does not align with what society considers proper, nothing can be a burden when you yourself are free from such premonitions. 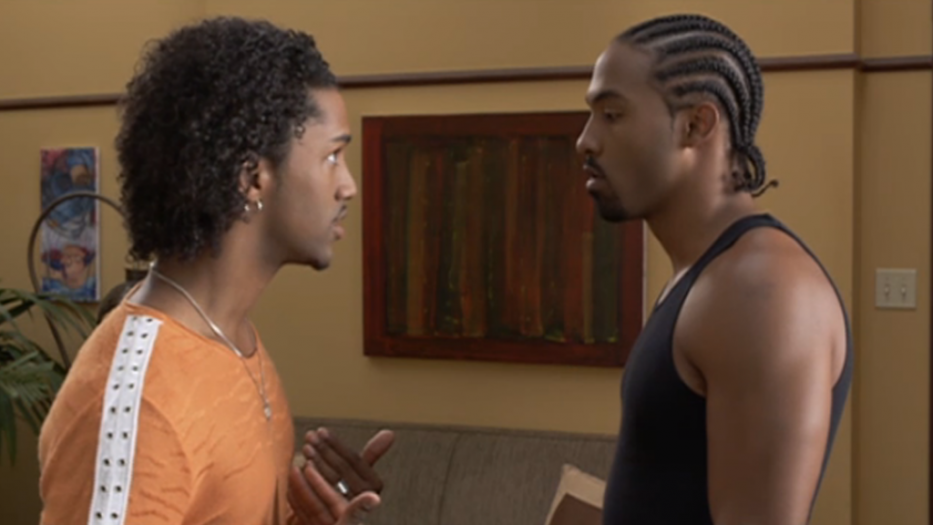 One of the most progressive shows on television in the first decade of the twentieth century, ‘Noah’s Arc’ is a story about four black homosexual men and their relationships with each other and the world around them. The four central characters of the series are Noah, Wade, Alex, and Ricky. Noah and Wade enter a relationship despite Ricky, Noah’s mentor, advising him against the same. The characters deal with several conflicts and issues and the show is quite brilliant in its nuanced depiction of the intricacies of human relationships. 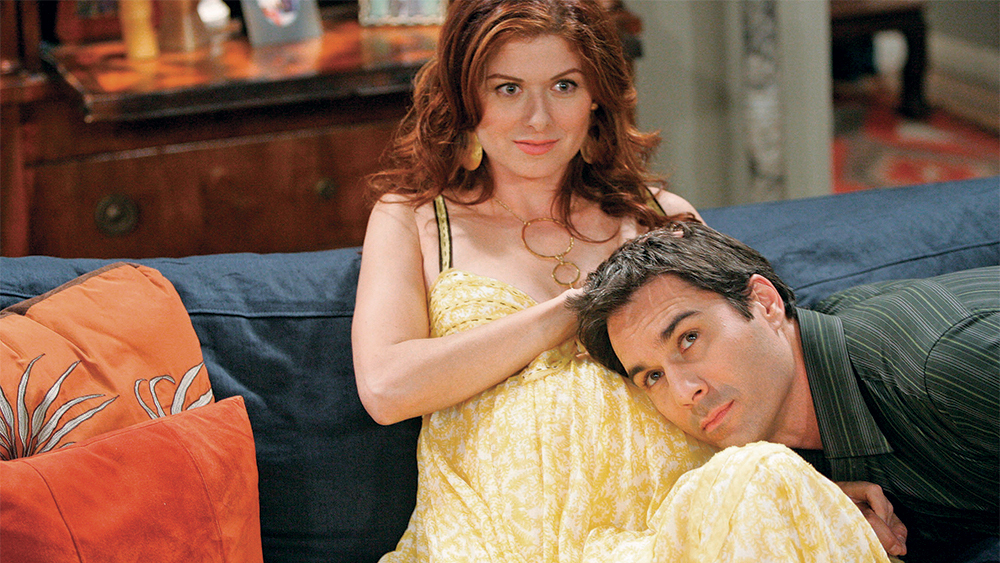 ‘Will & Grace‘ is a rather interesting take on the life of a gay man, as here, his relationship with a woman is what becomes the highlight of the series. The central character of the series, Will Truman, is a gay lawyer who lives with his friend Grace Adler, the owner of an interior designing company. Will is the sort of person who is not totally willing to accept his homosexuality. He even sometimes tries to convince people that he is straight, and even once ponders having a baby with Grace. The show is included here because it serves as a prime example of how television was often trying to place its characters in a way that would not offend the sensibilities of the average white Americans who might not enjoy watching a completely outspoken gay character on television. There’s a fine balance here between drama and comedy, and the show is replete with outstanding performances. 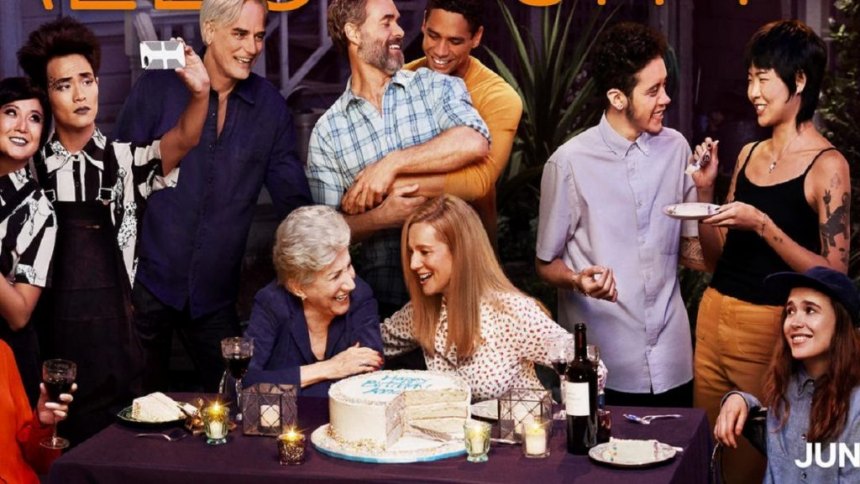 Based on the book by Armistead Maupin, this 2019 Netflix miniseries is a story about a middle-aged woman called Mary Ann Singleton at a point of time when she is seen returning to her old house to celebrate her former landlady’s birthday. Once there, she meets different people with whom once she was very close to, but had later fallen out of touch. Among these characters, we find the likes of Jake Rodriguez, who is a transgender man, but is presently quite confused with his sexuality. Michael Tolliver, who was once Mary Ann’s best friend, is also an important character of the series, and we see him struggling in his new relationship with his boyfriend. These are characters who’re quite confused themselves, despite being mature in terms of age. But as they say, you are never too late to learn, as we see these middle-aged people giving life another shot, and in the process, even accepting the adversities life throws at them.