10 Best Racing Movies of All Time 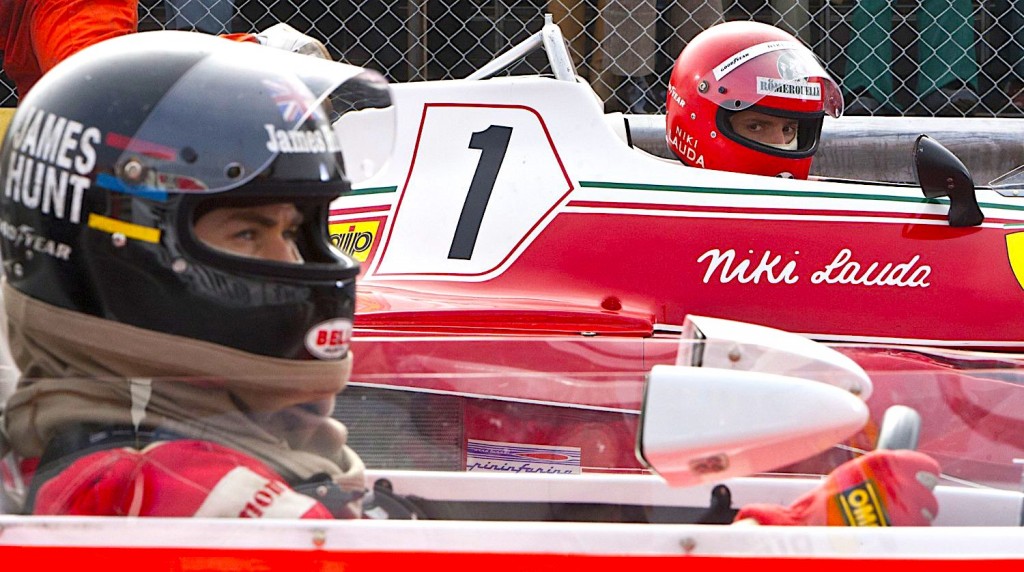 Racing is one of the most exciting sports in the world. The sound of engines revving, the pungent yet pleasing smell of burning rubber as it rubs against the tracks, the picture-perfect finishes — racing has got it all. It’s no surprise that when you combine movies and racing, you get an entertaining experience. With the help of a bit of artistic license, a story of racing can be turned into moments of pure entertainment. With that said, here is the list of top movies about racing. Most of these are car racing films. You can watch some of these best racing movies on Netflix, Hulu, or Amazon Prime. 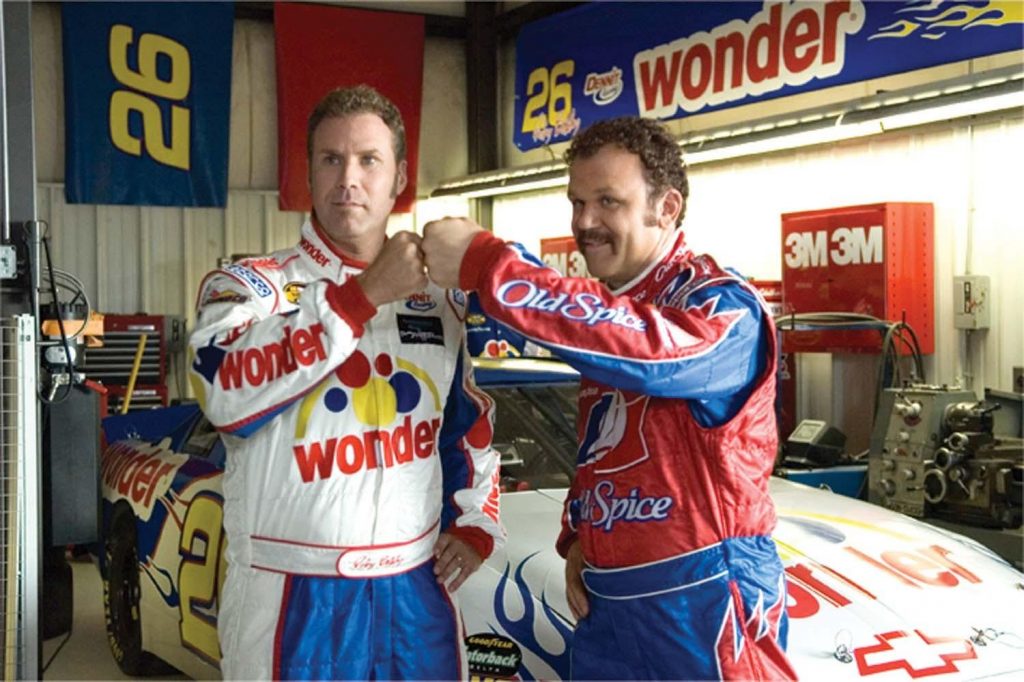 What would happen if you were to pair two of the best comedians working in Hollywood today? Sacha Baron Cohen and Will Ferrell excel in this comical take on NASCAR racing. The chemistry between the actors is truly amazing. The film does have plenty of fast paced action, muscle cars and massive car crashes but also packs in a large amount of laughs as it unfolds as a parody of NASCAR. The constant pop culture references throughout the film are pure gold and will definitely leave you in a hysterical state. 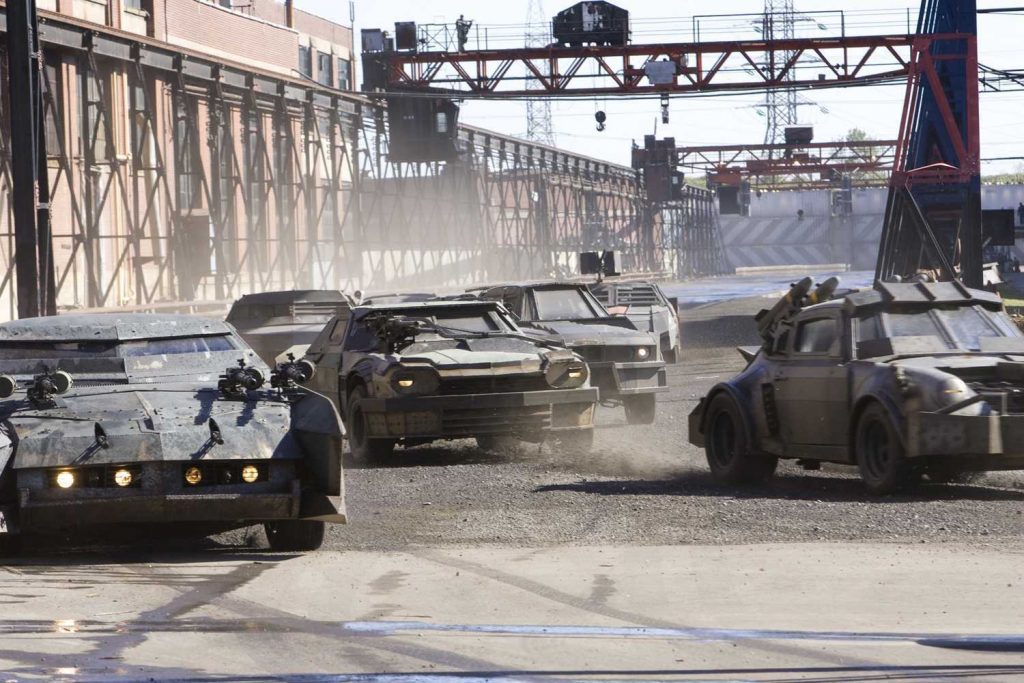 ‘Death Race’ is a textbook lesson on how to make a good, solid action film. The movie puts a dark spin on the racing genre. It is set in the future where prisons are getting overcrowded and as a result, inmates are forced to participate in a race to the death where they are allowed to brutalise each other in order to claim victory and freedom. While plot holes are aplenty and the story is practically non-existent, ‘Death Race’ keeps the audience entertained with explosions and mayhem. Jason Statham plays the wrongly convicted Jensen Ames, who is made to participate in the Death Race. 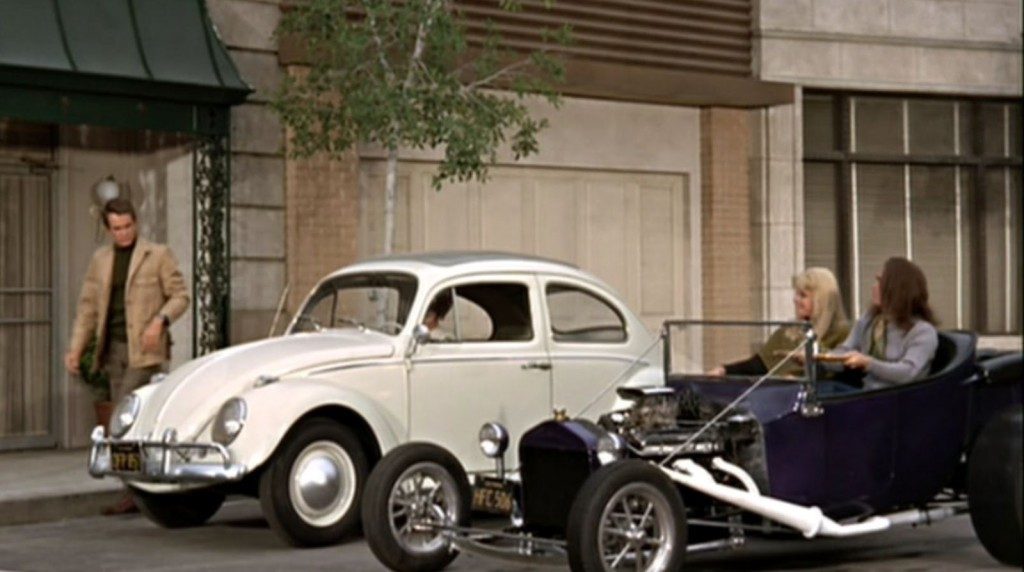 A true Disney classic. This film was actually one of the last films that Walt Disney had a hand in developing. Sadly, he never lived to see it hit the big screen. In ‘The Love Bug’, we are introduced to ‘Herbie’, a car with a mind of its own which follows Jim (Dean Jones) home after he saves it from being scrapped. It’s a film which has it all — comedy, drama and romance. It spawned of a series of sequels, with the most recent one being ‘Herbie Fully Loaded’ which released in 2005 starring Lindsay Lohan. A wonderful, feel-good film that must be watched with your family. 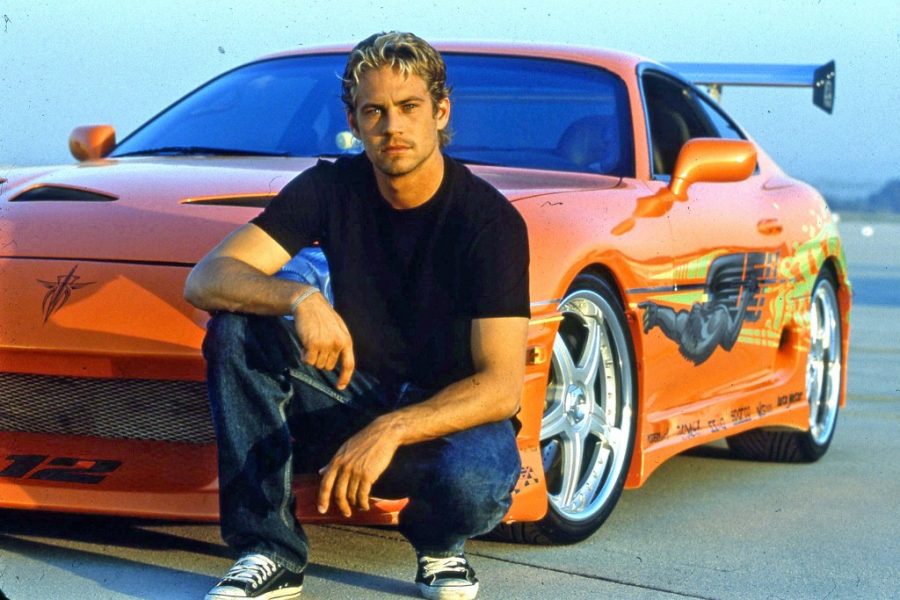 The first installment in the Fast and Furious series is the only film in the series that truly explores racing. It is also the best film in the series, according to me. The late Paul Walker (May he Rest in Peace) was brilliant, introducing us to Brian O’Connor, an undercover cop on a mission to infiltrate the street racing world. This movie has some of the best car racing scenes ever filmed, as well as some of the best cars. Petrol-heads will orgasm at the sight of some of the gorgeous machines that the characters ride in the film. Vin Diesel also puts in a solid performance as Dominic Toretto. The action sequences in this film are also well executed, especially the high-speed hijacking of the truck (Although, we’ve seen a very similar scene in almost every installment of the series) by three Honda Civics. ‘The Fast and The Furious’ is endlessly entertaining and exciting to watch. 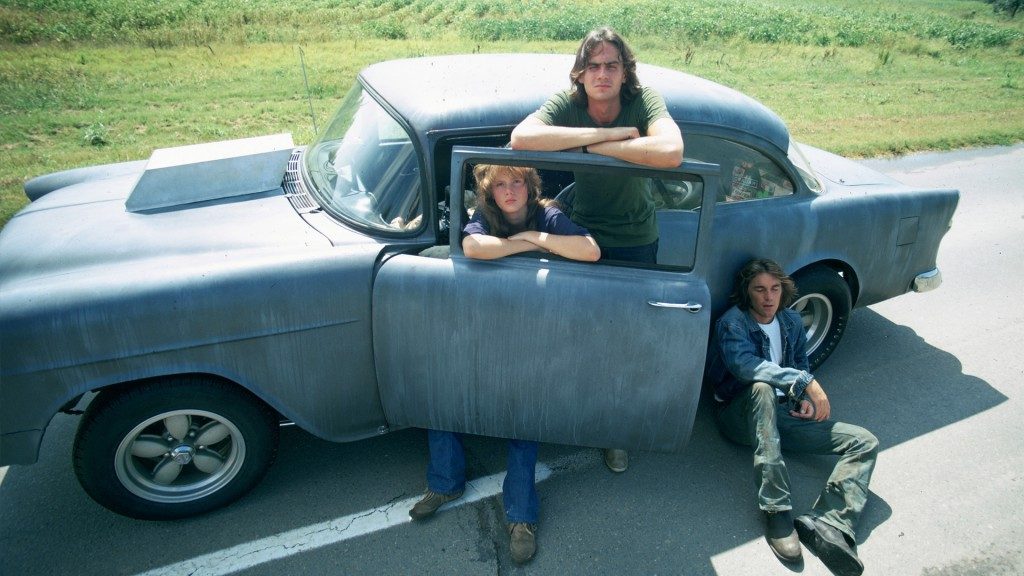 This racing classic is one of the most compelling and original American movies of the twentieth century. Shot from the inside of a car, it is an authentic vision of what it is like to be driving across America at a specific historical moment. The film was originally released in 1971 to a less than enthusiastic audience but it has since taken on the status of cult classic. The movie is about everything and nothing at the same time. It is an exceptionally beautiful and poetic description of a world without possibilities. The chemistry between James Taylor and Dennis Wilson is incredible. The dialogue is minimal and the film is paced slowly, but this only adds to its brilliance. 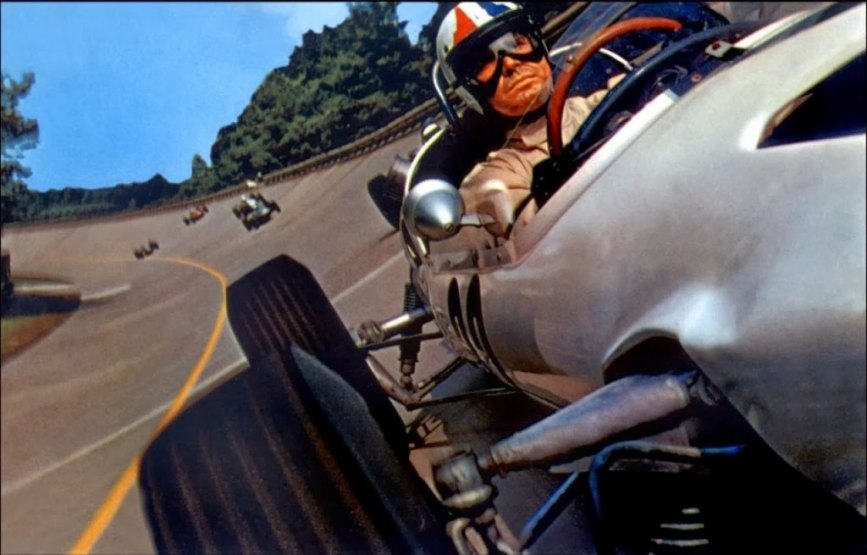 This technically superb film hasn’t aged particularly well but is a great period piece. One of the greatest racing movies of its time, the real stars of this film are the cars – the beautiful ‘F1’ cigar cars of the ’60s with their exposed engines and elegant lines. The film is set in the era before aerodynamics and advertising which changed the look of racing forever. Yes, the plot is cookie-cutter but the performers make it work well enough to not detract from the outrageously realistic action sequences. The groundbreaking cinematography the film employs set the tone for racing films in the coming decades. 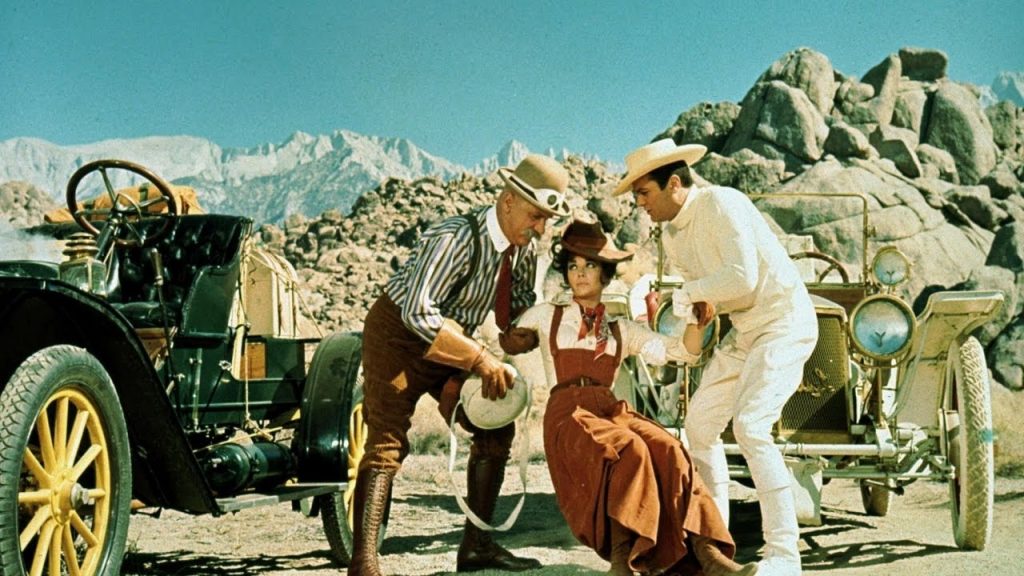 It is rare that a comedy film gets the epic treatment. It’s even rarer to get an epic comedy focused on racing. ‘The Great Race’ is just that – it follows an automobile race across three continents. Jack Lemmon is splendid in this film; I regard his work in the film as his most underrated role. The film is funny, enjoyable and a great tribute to the heyday of silent villains and heroes in a way that doesn’t overdo it. Besides the great slapstick humour, there are a million subtle details that you don’t notice unless you are really paying attention. One of the most striking aspects is that it draws heavily from Victorian cliches that still linger in the public mind today, gives them a gentle comic spin and then drops them into the tale of an early 1900’s auto race from New York to Paris. The film never sags or has any dull moments; it is downright hilarious from start to finish. 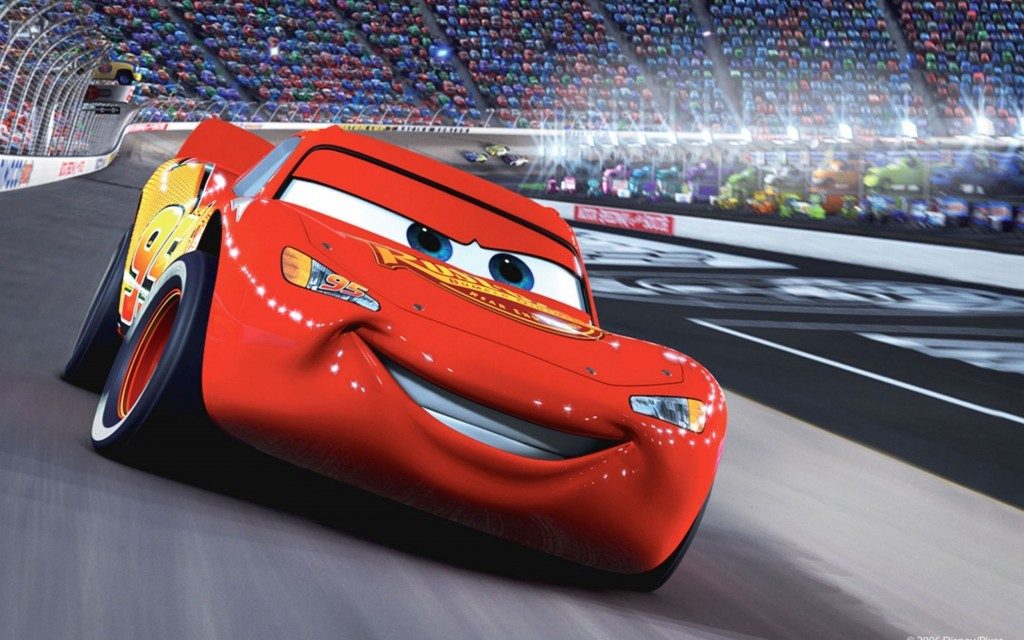 It’s difficult to write an article about racing without including the greatest animated racing film of all time. This film, which is now a global phenomenon with a third part en-route, is an absolute delight for all ages. The animation in this flick is a class apart; the landscape and settings which portray Southwest USA have captured not only the visuals but also the atmosphere and character of America’s Main Street perfectly. Owen Wilson voices Lightning McQueen, who has grown to become one of the most iconic animated characters of this century. The story conveys a message on friendship, which is easily understood by kids and adults alike. The film manages to maintain the humour and sincere emotions which are a trademark of Pixar films, yet, manages to lift the bar with effective storytelling and first-rate animation. 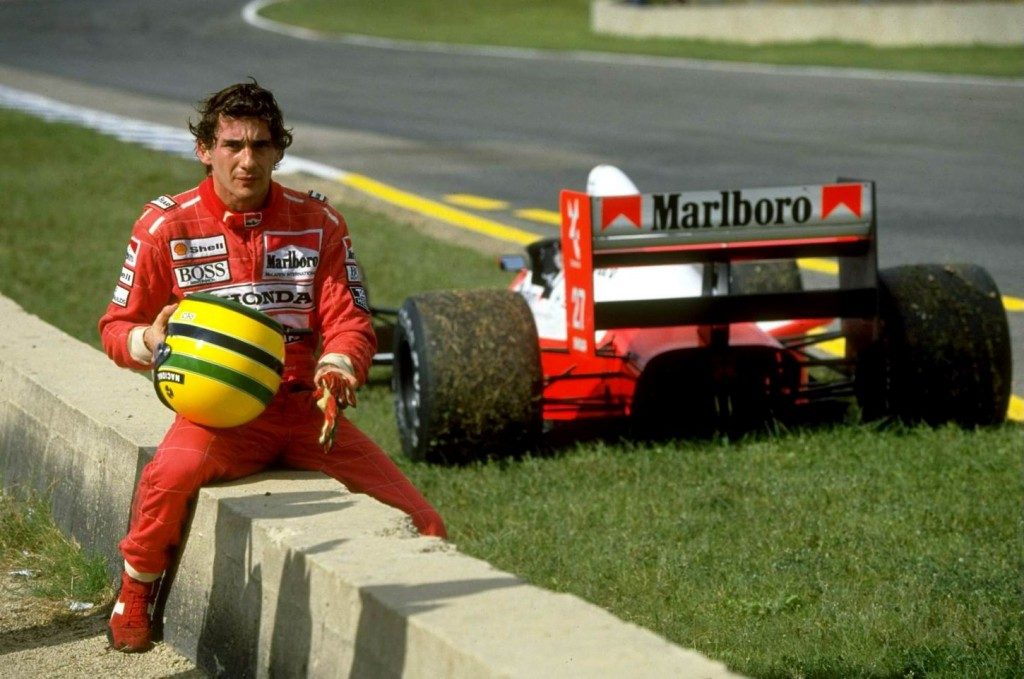 Whether you’ve heard of the legend of Ayrton Senna, three time F1 World Championship winner of the year, or not, one thing is for sure: ‘Senna’ will take you on an emotional roller coaster ride. It is a documentary film which tells the story of the legendary driver who met with a fatal accident in 1994. A flawless documentary with a perfect narrative, the film almost seems like fiction at times with its dramatic twists and turns. You see Senna as a true, consistent human being, who did what he loved and was the best at it; who grew up poverty stricken in Brazil. The well-arranged archive footage lets you get closer to a great man who loved and lived for a passion, who had errors and fought against them; and who taught us a great lesson of attitude and coherence. The background score by Antonio Pinto is an enthralling and sensual delight, complementing this cinematic masterpiece. 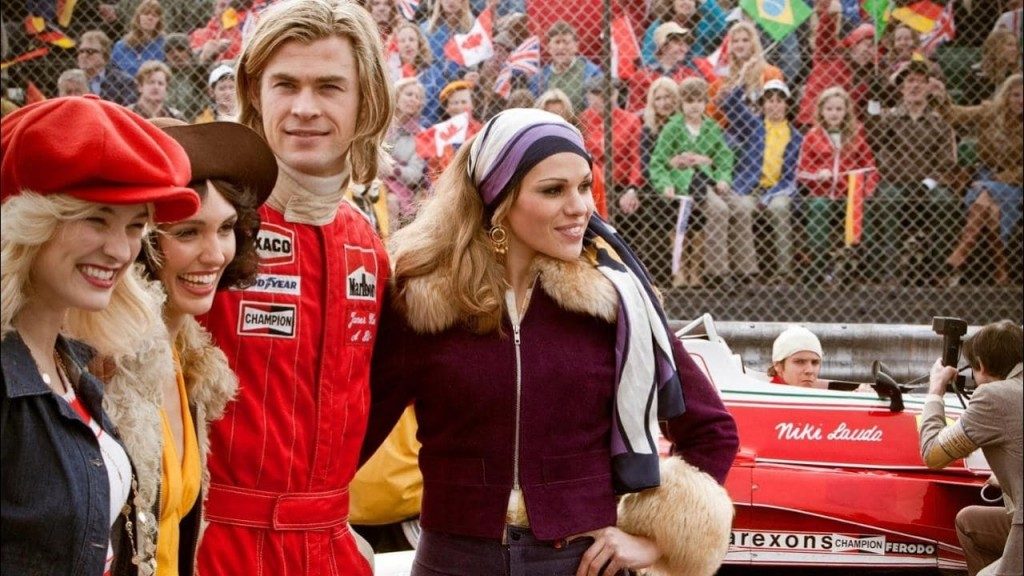 This is the ultimate tale about sporting rivalries and Formula One racing. The intense, merciless rivalry between James Hunt and Niki Lauda in the ’70s has been immortalised in this tale for the ages. Bolstered by a pulsating soundtrack by Hans Zimmer, this film showcases some of the finest onscreen performances by Chris Hemsworth and Daniel Bruhl. Hemsworth plays James Hunt, the fun partyholic with his brash and raw driving talent, while Bruhl plays Niki Lauda, a more restrained man who is a methodical thinker and leads a professional lifestyle. The stark contrasts between these personalities are explored in this film, which can also be considered a commentary on human nature. The remarkable cinematography which portrays a gritty backdrop with dark and grey colours gives the entire film a tough 1970’s aesthetic. Watch out for the track, ‘Lost but Won’ by Hans Zimmer in this film; it’s truly beyond words!