Bling Empire: Where Are They Now? 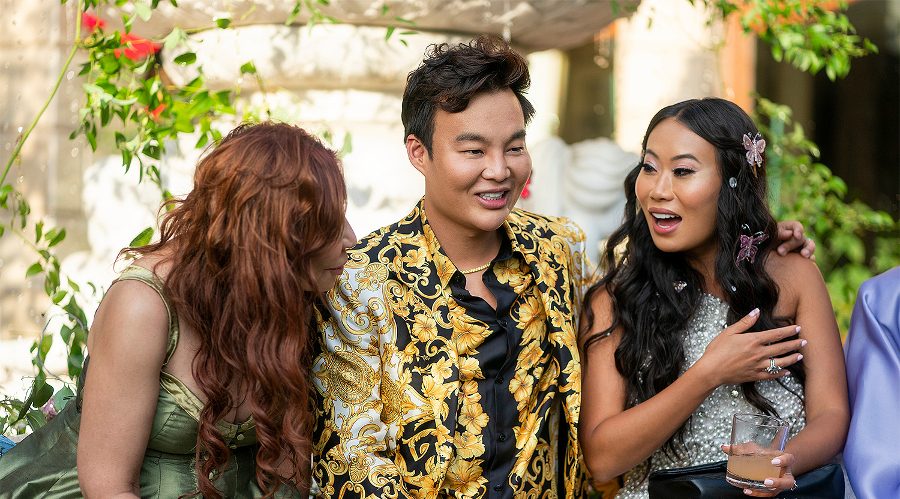 As a reality series that’s essentially the perfect conceptual blend of ‘Crazy Rich Asians,’ ‘Keeping Up With The Kardashians,’ and ‘Selling Sunset,’ ‘Bling Empire’ truly breaks every bound of the genre. After all, it revolves around an entirely wealthy Asian American cast as they navigate their everyday lives, full of extravagant parties, cultural festivities, private shopping trips, and sheer drama. So now that season 2 of this equal parts intriguing and chaotic production has made its way to our screens, let’s find out precisely what its affluent stars are up to these days, shall we?

Where is Kevin Kreider Now?

Kevin Kreider doesn’t really come from money despite being a model as well as a fitness coach, which is why he serves as a voice for the viewers at home within the Netflix original. Yet the truth is that he has since managed to achieve much more; not only is he a motivational speaker, but he’s also the founder of Taejin Entertainment, Sans Beverage, and Be More Matcha. The latter is a business where Kevin trades in matcha nootropic with the help of friend Kane Lim while maintaining his sober lifestyle and acting career — he’s currently filming for ‘Asian Persuasion.’

Where is Kane Lim Now?

Apart from working on Be More Matcha, a venture close to both his and Kevin’s (‘The Ugly Model’) hearts, Kane Lim is also a real estate developer, philanthropist, entrepreneur, and public figure. He’s actually signed under The Oppenheim Group as a realtor associate/independent contractor at the moment, specializing in upscale Los Angeles neighborhoods. As if that’s not enough, the Singaporean entertainer, who actively donates to non-profit organizations such as Miracles For Kids and Uplift Family Services, is the newest face of Rihanna’s Fenty Beauty and Fenty Skin.

Where Are Christine and Gabriel Chiu Now?

Still happily married, Christine and Dr. Gabriel Chiu continue to be the proud co-founders of Beverly Hills Plastic Surgery (on Wilshire Boulevard) and advocates for Asian representation. The former even attends fashion/couture weeks, walks down red carpets, models, and makes several other public appearances to take a stand for both her background as well as mom-hood. We should mention that the couple hasn’t shared any recent updates concerning their fertility treatments, but the one thing they’ve made clear is they’re always wholly devoted to Baby G (Gabriel Chiu III).

Where is Kelly Mi Li Now?

Kelly Mi Li is a self-made entrepreneur through and through — she worked her way to the top following her now ex-husband’s New York tech scam that cost them roughly $168 million. She thus dabbles in almost every field — real estate, food & beverages, tech investments, or entertainment — to make the most of the opportunities that come her way. The mental health advocate has served as a producer/executive producer for not just ‘Bling Empire’ but also ‘Echo Boomers,’ ‘Cypher,’ and ‘Panda vs. Aliens,’ along with the upcoming ‘Ice Moon Rising,’ among many more.

Where is Anna Shay Now?

Anna Shay can only be described as a socialite and philanthropist who acquired a majority of her wealth by being the heiress of arms/defense technology businessmen Edward Shay and Ai-San Shay. Therefore, these days, she usually spends her time giving back to the community, making public appearances as a reality star as well as a model, hosting grand parties, and just enjoying the company of good friends. That’s despite the fact Anna is (self-admittedly) shy because her one goal in life is to live it to the best of her abilities; the 61-year-old doesn’t want to have any regrets.

Where Are Cherie Chan and Jessey Lee Now?

Although Cherie Chan and Jessey Lee have been through a lot together, they’ve always managed to make things work, which is why we’re happy to report that they’ve gotten married since their first appearance on the show. The pair actually walked down the aisle in secret at the Château de Saran castle in Champagne, France, on September 8, 2021 — a little more than a week after Jessey officially proposed. Now, it appears as if they’re back to focusing on their business and family in California, dedicating all their energy to creating a good life for their children; daughter Jadore (born 2017) and son Javon (born 2019).

Where is Kim Lee Now?

A Los Angeles native, Kim Lee is a DJ, pianist, and music producer who currently holds a residency at the renowned Wynn Nightlife in Las Vegas, performing at both Encore Beach Club and XS. From hosting ‘Yo! MTV Raps Asia’ to appearing in music videos for stars like Katy Perry and from touring with Steve Aoki, Martin Garrix, Diplo, and Skrillex to performing with Cardi B as well as Tyga, Kim has done it all. It honestly seems like Kim is solely committed to expanding her professional wings at the moment, meaning she doesn’t have the time or patience for romance.

Where is Jaime Xie Now?

Jaime Xie is not only the daughter of billionaire tech entrepreneur Ken Xie, but she’s also a businesswoman, socialite, and model (signed by the Elite Modeling Agency Network). The 24-year-old is a YouTuber and a fashion influencer as well, yet her online presence continues to suggest that she has no interest in dating right now. Thus, Jaime is seemingly happy to be single and working. It’s imperative to specify that she’s forging her path in the industry, especially as she “keeps things real,” all the while paying for her lavish shopping sprees herself, which then turns into unboxing/fashion content.

Where is Dorothy Wang Now?

Although Dorothy Wang relocated to Manhattan in 2021, she will still be a part of the Netflix family because she’s reportedly one of the leading cast members of the ‘Bling Empire’ spinoff, set in New York. Thus, aside from preparing for this reality series, she is presently utilizing all her resources to meet new people from both the fashion as well as the entertainment industry to take her brand to the next level. Moreover, from what we can tell through her social media, Dorothy has been spending the last few months traveling across the world with friends she genuinely loves.

Where Are Mimi and Don Morris Now?

Having been together for more than two decades and married for nearly 11 years, Mimi and Don Morris are a couple who are simply as endearing as they are wealthy. While the latter (22 years her senior) is an uber-successful entrepreneur with over 28 businesses, the former describes herself as a wife, mother, and philanthropist. They share 8-year-old Skyler, but they reportedly have five children between them (from previous relationships), whom they treat with immense love. Hence, today, the couple is working hard in different areas to maintain their position and spend as much time with their brood as possible.