Do The Circle Contestants Get Paid? What is the Prize Money?

Presented by comedian Michelle Buteau, Netflix’s ‘The Circle‘ is a series that combines status and strategy amongst a rotating cast as they compete to stay on top of the popularity curve to deliver pure entertainment. Nothing is as it seems in this social media-based reality experiment, and there are always aspects like isolation and human behavior involved. After all, it offers a sense of complete anonymity to the players.

With a grand prize at stake, the participants have to create lasting positive impressions on each other without meeting face to face. They can only do so by interacting through the specially designed titular platform, enabling a trainwreck of misunderstandings and drama since it allows them to play as whoever they please. So now that the show’s premise is clear, let’s find out if the competitors get paid or not, shall we?

Do the Contestants Get Paid to Appear on The Circle?

As mentioned above, ‘The Circle’ has a roster of rotating contestants who are confined in different apartments of the same complex while they work the game. This fact might suggest that they’re compensated in monetary terms like those on ‘Big Brother‘ (which offers $1,000 per week), but that is not the case. A primary reason for this is that the Netflix series only takes about 15 days to film a season rather than months.

Having said that, the producers do provide accommodation to the players not only during filming but also for a few surrounding days. This is in addition to the round-trip conveyance because the shooting location of the series is in the United Kingdom. With that, owing to the fact that the isolation, unfamiliar space, and drastic new experiences can put a strain on anyone’s mental health, there is also an on-set therapist the players can speak to at any time.

What Is the Prize Money for The Circle?

Since there’s no weekly stipend for the competitors despite the producers ensuring they’re always well-cared for, the grand prize of $100,000 for the winner makes up for it, especially as everyone holds a fair shot. Moreover, fans get to vote for their favorite player once the season has premiered. So, the most popular contestant there ends up receiving $10,000 as well. But even without the cash, the participants don’t walk away empty-handed — they get an experience of a lifetime and new friends. 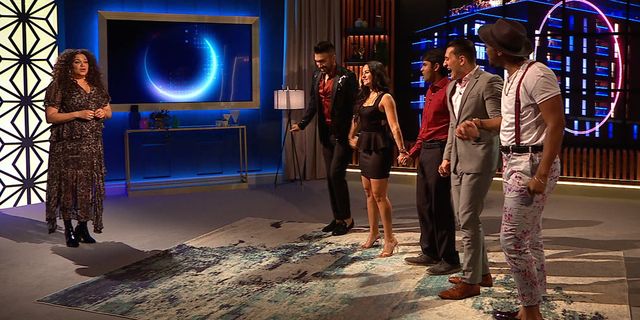 Plus, with the exposure and fame, if not anything else, they can grow into social media influencers and coin it in from not just their views and followers but also from sponsored content, partnerships, and advertisements. The prime examples here are Sammie Cimarelli, Chris Sapphire, Savannah Palacio, Courtney Revolution, and Mitchell Eason.

Read More: How Long Are Contestants in The Circle?