Is The Wrong Marriage a True Story? Where Was it Filmed? Lifetime Cast Details 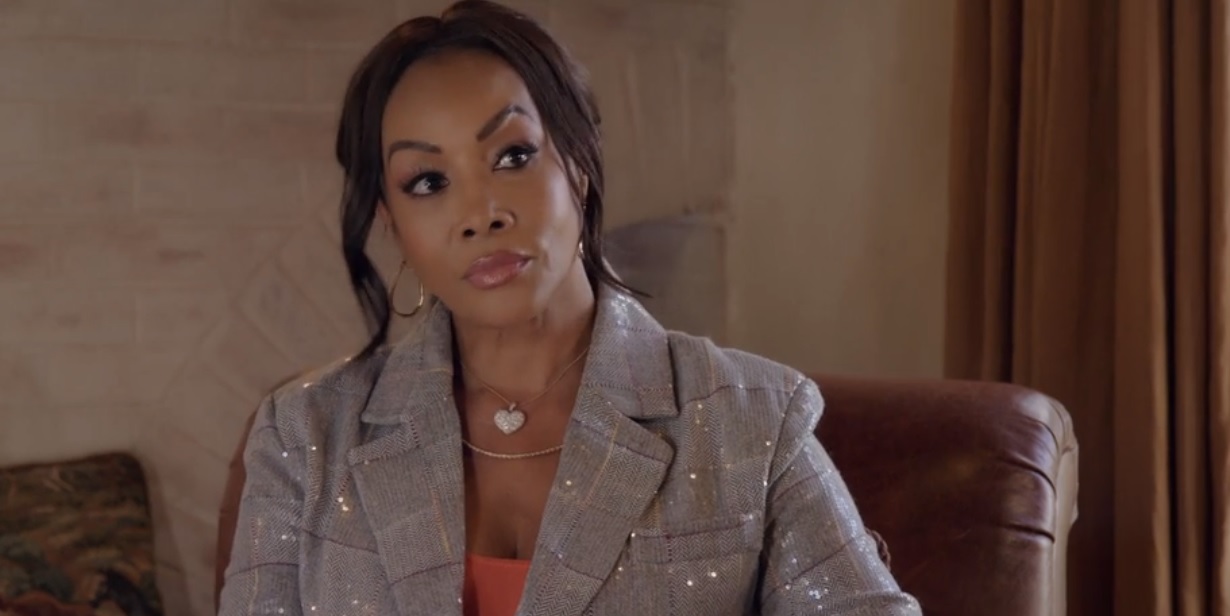 Directed by David DeCoteau, ‘The Wrong Marriage’ is a Lifetime family drama film that follows the Jones family, led by matriarch Robin Jones. They are practically royalty in the area of Pacific Hills, though with great power comes the untapped potential for drama. Following the events of ‘The Wrong Murder,’ the third film in ‘Keeping Up With the Joneses‘ series 2 shows how the titular family is thrown into chaos when they learn about Webb’s return. However, it is enough motivation for Pam Jones and Stephen Napoli to move on from past hurts and explore their romantic feelings while trying to find out what Webb wants. Tara Jones takes a trip across the pond and lands in England to learn more about Eve.

Meanwhile, the spat between Carrie and Lance has the latter reuniting with his father, Webb, but not everything is as it appears. The luxurious and awe-inspiring backdrops of the movie pique the viewers’ curiosity and leave many asking about where the film was shot. Moreover, the intriguing story raises the question of its connection to reality and the inspiring factors behind it. The cast members who have worked hard to beings such entertaining characters to life have also left fans curious about them. Well, we are here to answer the questions you may have and then some more.

Is The Wrong Marriage a True Story?

No, ‘The Wrong Marriage’ is not based on a true story. The movie was written by the talented Adam Rockoff, whose other works include ‘Bad Influence’ and ‘Sinister Stepsister.’ Director David DeCoteau lends his expertise to the film’s creation; given that he has helmed every movie in the ‘Keeping Up With the Joneses’ franchise, his skills and Adam’s vision were crucial in maintaining a consistent narration of the overall film series. 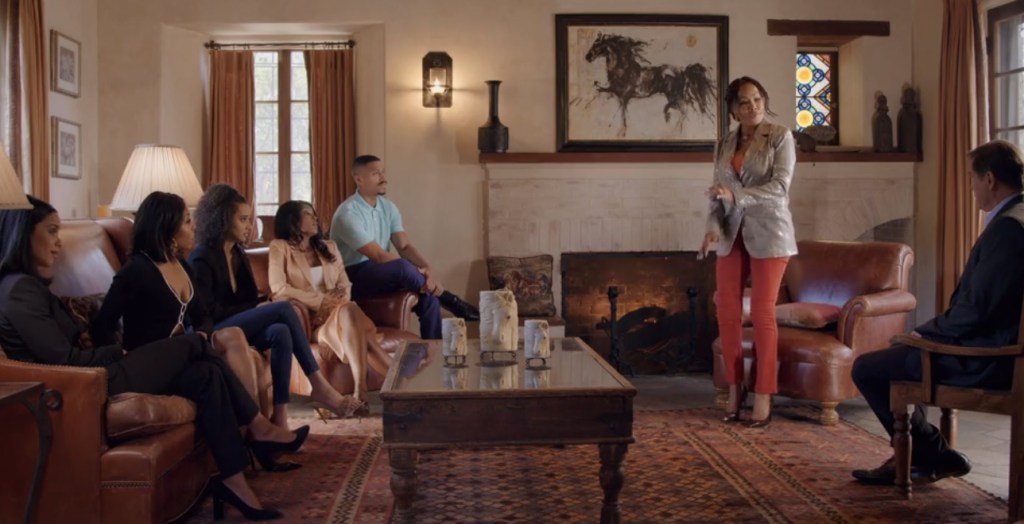 Several eagle-eyed fans might have picked up on the similarities between the franchise title and the famous reality series, ‘Keeping Up with the Kardashians.’ The show also focuses on a particular family, in this case, the Kardashians. Not unlike Robin Jones, Kris Jenner is a bold and efficient matriarch with five beautiful and talented daughters. The show propelled the reality star family to the limelight and has even given birth to several spinoff series. As expected, each episode is full of drama and chaos, though it does not have the sense of thrill and suspense that the Lifetime series holds.

One of the prominent reasons why the themes in ‘The Wrong Marriage’ seem familiar is the multitude of successful family dramas that revolve around particular families. Shows like ‘Dynasty,’ ‘ Succession,’ and ‘Game of Thrones’ are ideal examples of how beloved this particular formula is. In particular, you may take the example of ‘Medici,’ a historical family drama series that follows the life of a wealthy family in Florence, Italy.

Despite the geographical distance between the Italian City and the papal seat at Vatican City, the Medicis once were highly influential within the chambers of St. Peter’s Basilica, and their patronage of arts further helped usher in the era of the Renaissance. Given the entertaining nature of ‘The Wrong Marriage,’ it is easy to see why many might think or wish it to be inspired by real-life events. Nonetheless, the film is purely a work of fiction.

‘The Wrong Marriage’ was filmed primarily in California, in and around Los Angeles, just like the other movies in the ‘Keeping Up With the Joneses’ franchise. The production apparently started in February 2022 and lasted until March of the same year. Now, if you want to explore the details of the filming locations, we have your back.

The Californian city of Los Angeles is the heart of the western movie industry and served as the primary production location of ‘The Wrong Marriage.’ Given the ample amount of wealthy neighborhoods and luxurious residences in the City of Angels, it seems fitting for the family drama to have been lensed here. Los Angeles has an excellent infrastructure that helps with the efficient production of films. The fact that several artists within the entertainment industry call the city their home adds to the city’s advantages as a production spot. 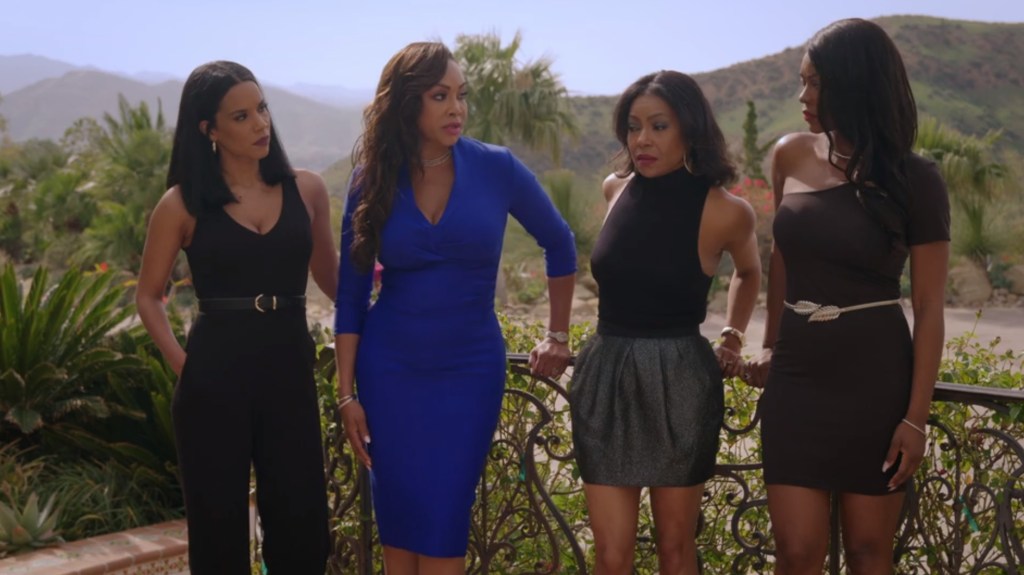 ‘The Wrong Marriage’ is far from the first movie to have been shot in Los Angeles. Several major film studios are located within and around the borders of the city, making it perhaps one of the most suitable locations on earth for recording a project. Some notable films taped within Los Angeles include ‘The Godfather‘ and ‘Everything Everywhere All At Once.’

Vivica A. Fox takes up the role of Robin Jones, the matriarch of the Jones family. Apart from her phenomenal work in the Lifetime film series, you may have seen her in ‘Kill Bill: Vol. 1’ and ‘Curb Your Enthusiasm.’ Ted McGinley appears as Webb, the movie’s character of conflict. You may know him from his work in ‘The Baxters’ and ‘Christmas Reservations.’ In addition, the movie’s narrator is Kandi Burruss, who has lent her skills to other movies in the franchise too.