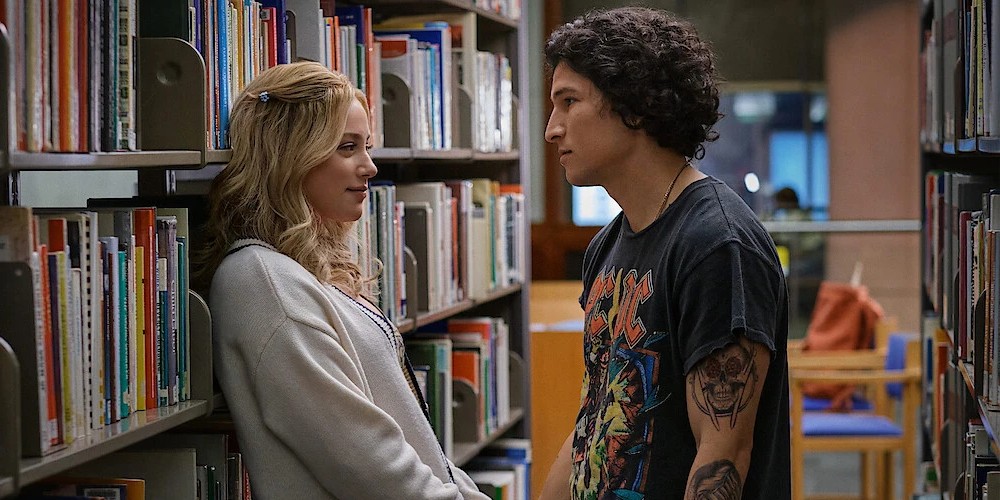 Netflix’s ‘Look Both Ways’ is a romantic comedy film directed by Wanuri Kahiu and written by April Prosser. In the movie, Lili Reinhart stars as Natalie, a high school student whose life divulges into two alternate realities on the eve of her graduation. In one reality, Natalie deals with motherhood, while the other sees her pursuing her dream career.

The heartfelt and feel-good rom-com examines the “what if” moments in Natalie’s life and gives viewers a nostalgic look at how the decisions in their early adulthood shape a person’s life. If you enjoyed the movie’s inventive and stylistic approach to exploring the importance of love and romance in life, we are sure you must be looking for more such movies to watch. In that case, we have compiled a list of similar films for you! You can watch most of these movies like ‘Look Both Ways’ on Netflix, Amazon Prime, and Hulu. 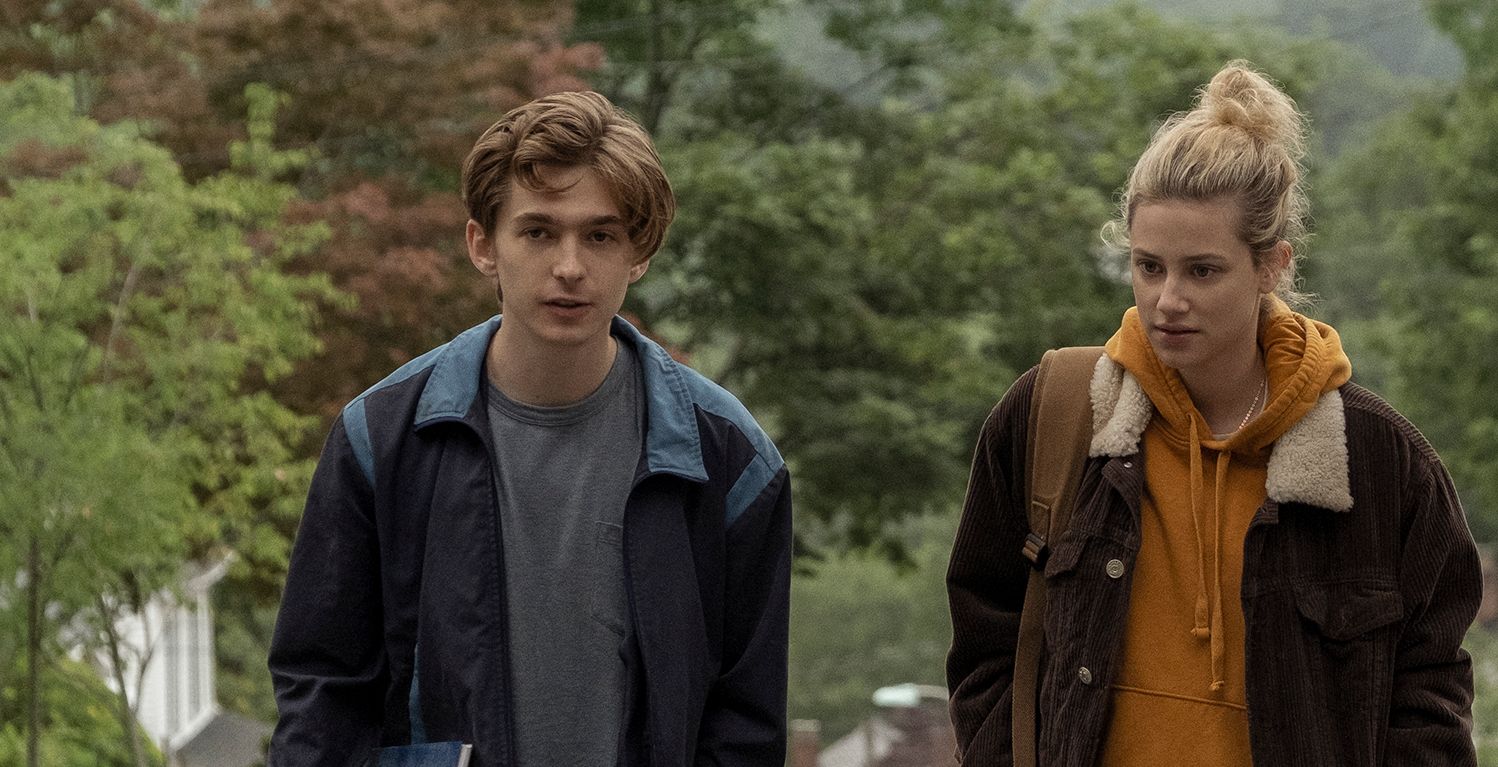 ‘Chemical Hearts‘ is a romantic drama movie directed by Richard Tanne. It is based on the novel ‘Our Chemical Hearts’ by acclaimed author Krystal Sutherland. The film revolves around Henry Page, the editor of his high school newspaper, who has never been in love. However, Henry’s life changes when Grace, a transfer student, joins the newspaper leading to sparkling chemistry between the two. Nonetheless, the duo faces many hurdles in converting their feelings into a romance. The smartly penned film will certainly remind viewers of ‘Look Both Ways’ due to its approach to romance actress Lili Reinhart’s performance. 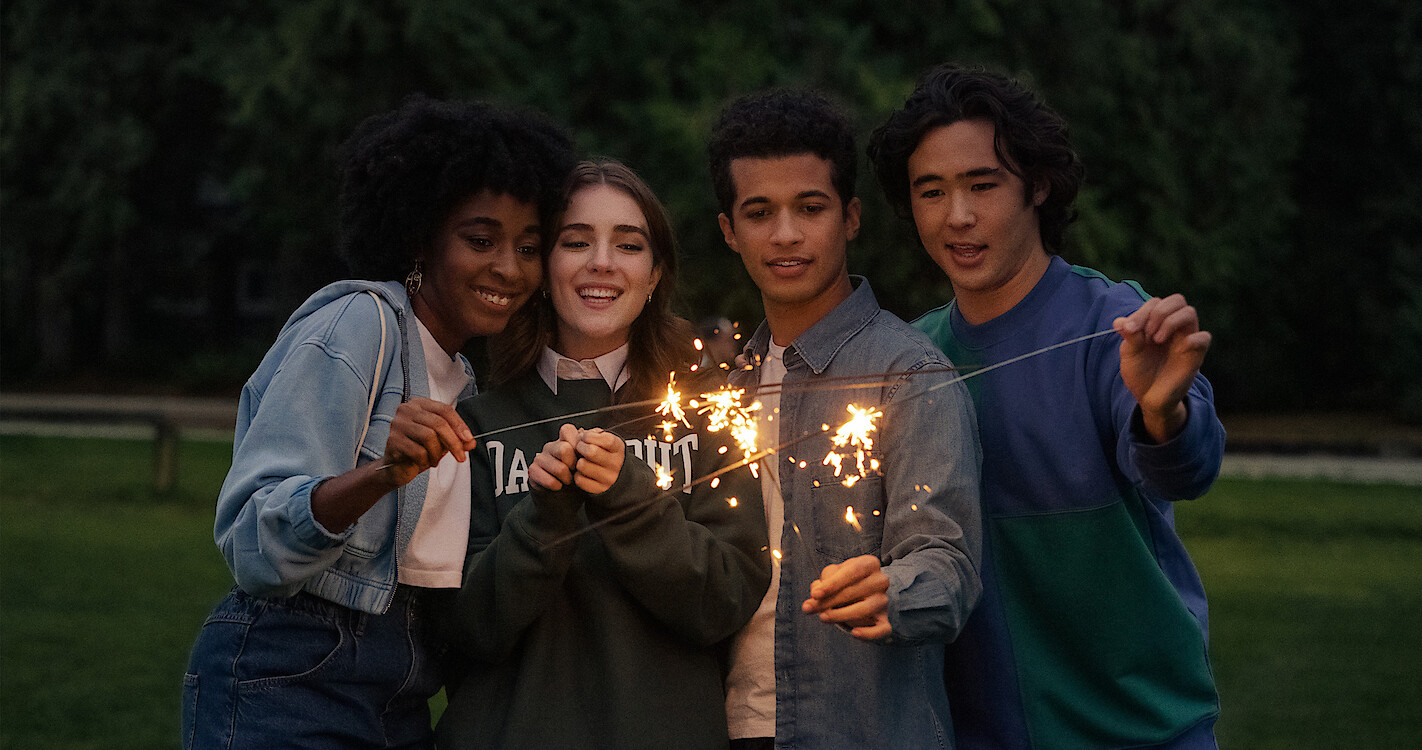 Based on author Jennifer E. Smith’s novel of the same name, ‘Hello, Goodbye, and Everything in Between‘ is a romantic drama film directed by Michael Lewen. It stars Jordan Fisher, Talia Ryder, Ayo Edebiri, and Nico Hiraga in the lead role. The movie tells the story of high school sweethearts Claire and Aidan, who are about to break up before heading for college. However, their one last epic date might convince them to persevere and continue their relationship. The film is similar to ‘Look Both Ways’ as it also examines the fragility of high school romances and their effect on the futures of its main characters. 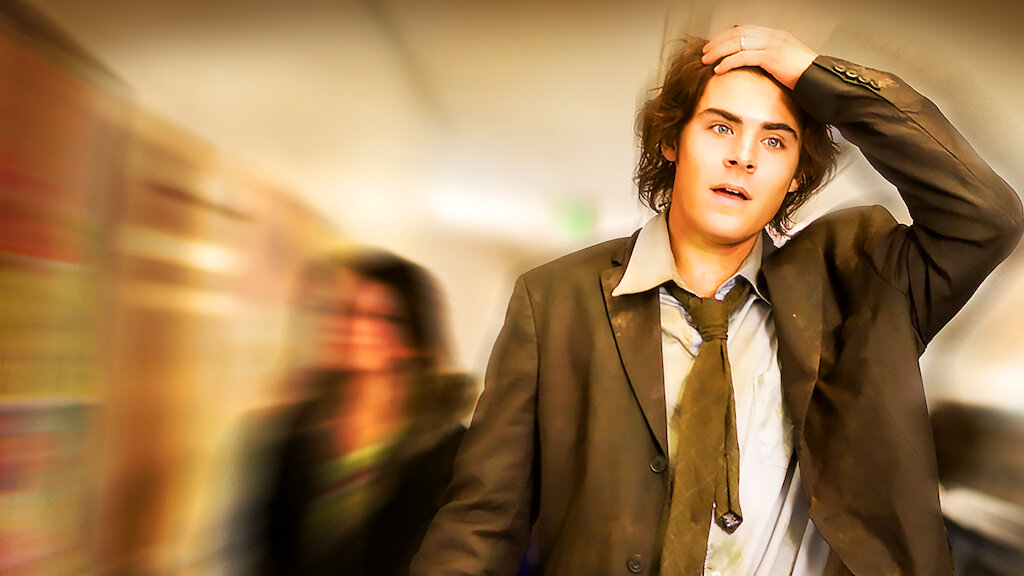 ‘17 Again‘ is a teen comedy film directed by Burr Steers and starring Zac Efron in the lead role. It follows Mike O’Donnell, an unhappy middle-aged man who is ungrateful for how his life turned out. However, Mike gets a second chance after he travels back in time and turns seventeen. Mike must now decide the changes he wants to make and the relationships he must cherish to earn his desired future. While ’17 Again’ follows a different storytelling gimmick compared to ‘Look Both Ways,’ both movies are similar as they highlight the importance of one’s relationships and loved ones in shaping their future.

If you thought that ‘Look Both Ways’ explores the alternate reality trope on a smaller scale, enter the world of ‘Everything Everywhere All at Once.’ The fantasy adventure film explores the multiverse through the eyes of Evelyn Quan Wang, a Chinese immigrant who finds herself at the center of the greatest conspiracy across all of reality. The movie is devoid of the romance and teen drama in ‘Look Both Ways.’ However, the witty, action-packed, and emotionally charged film is one of the best explorations of the alternate reality trope and an overall great viewing experience. 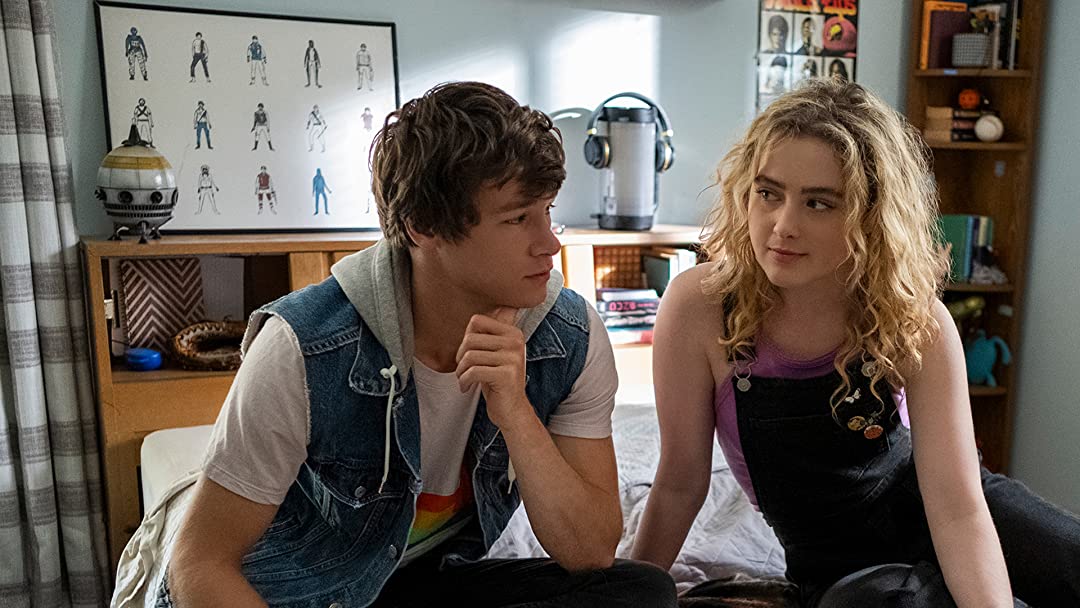 Directed by Ian Samuels, ‘The Map of Tiny Perfect Things‘ is based on Lev Grossman’s short story of the same name. The science fiction comedy follows two teenagers stuck in a time loop who attempt to make a map of the events unfolding around them. The film is heavy on drama and romance, making it similar to ‘Look Both Ways.’ Moreover, it uses the time loop trope to explore the complexity of the relationship between its protagonist, similar to how ‘Look Both Ways’ uses the alternate reality trope. 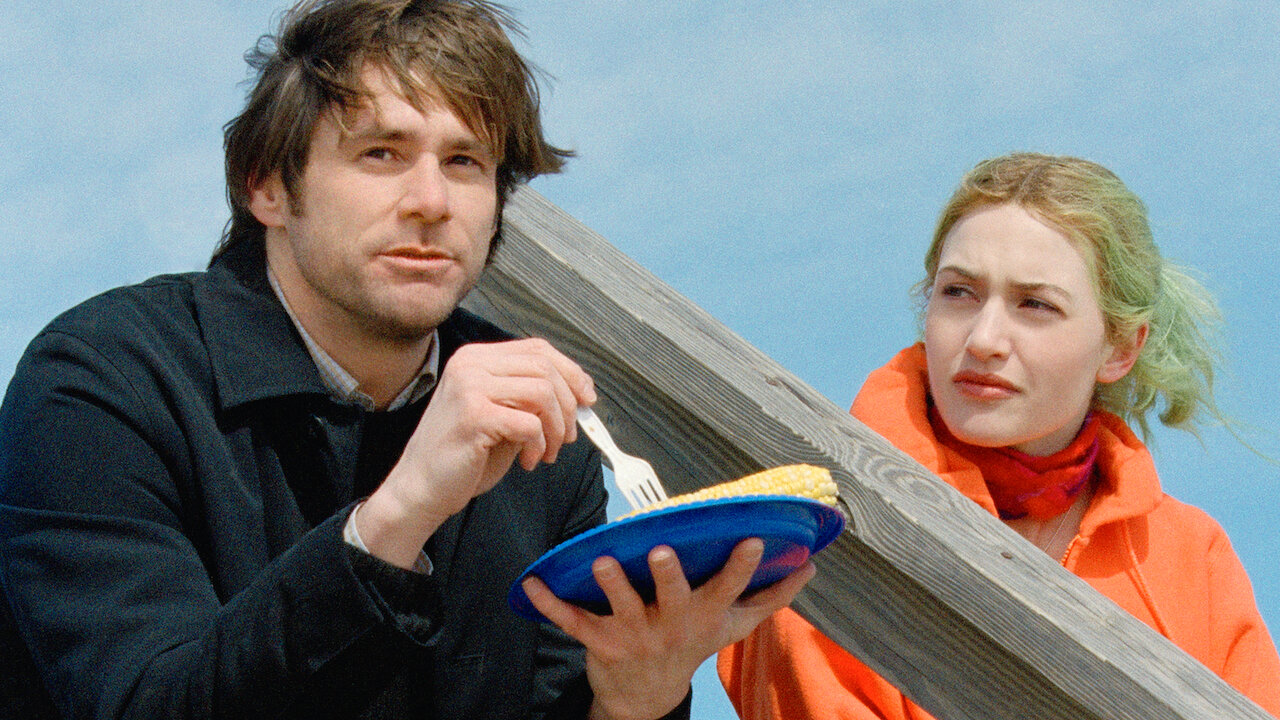 ‘Eternal Sunshine of the Spotless Mind‘ (or simply ‘Eternal Sunshine’) is a romantic sci-fi film directed by Michel Gondry and written by Charlie Kaufman. It stars Jim Carrey and Kate Winslet as Joel and Clementine, two strangers who meet and fall in love on a train. However, after their memories are mysteriously erased, the couple must fight their way back to each other. Like ‘Look Both Ways,’ the movie deals with the theme of romance and explores the nature of love. However, viewers who found ‘Look Both Ways’ a tad cheesy and enjoy watching psychologically complex characters will relish ‘Eternal Sunshine of the Spotless Mind.’ 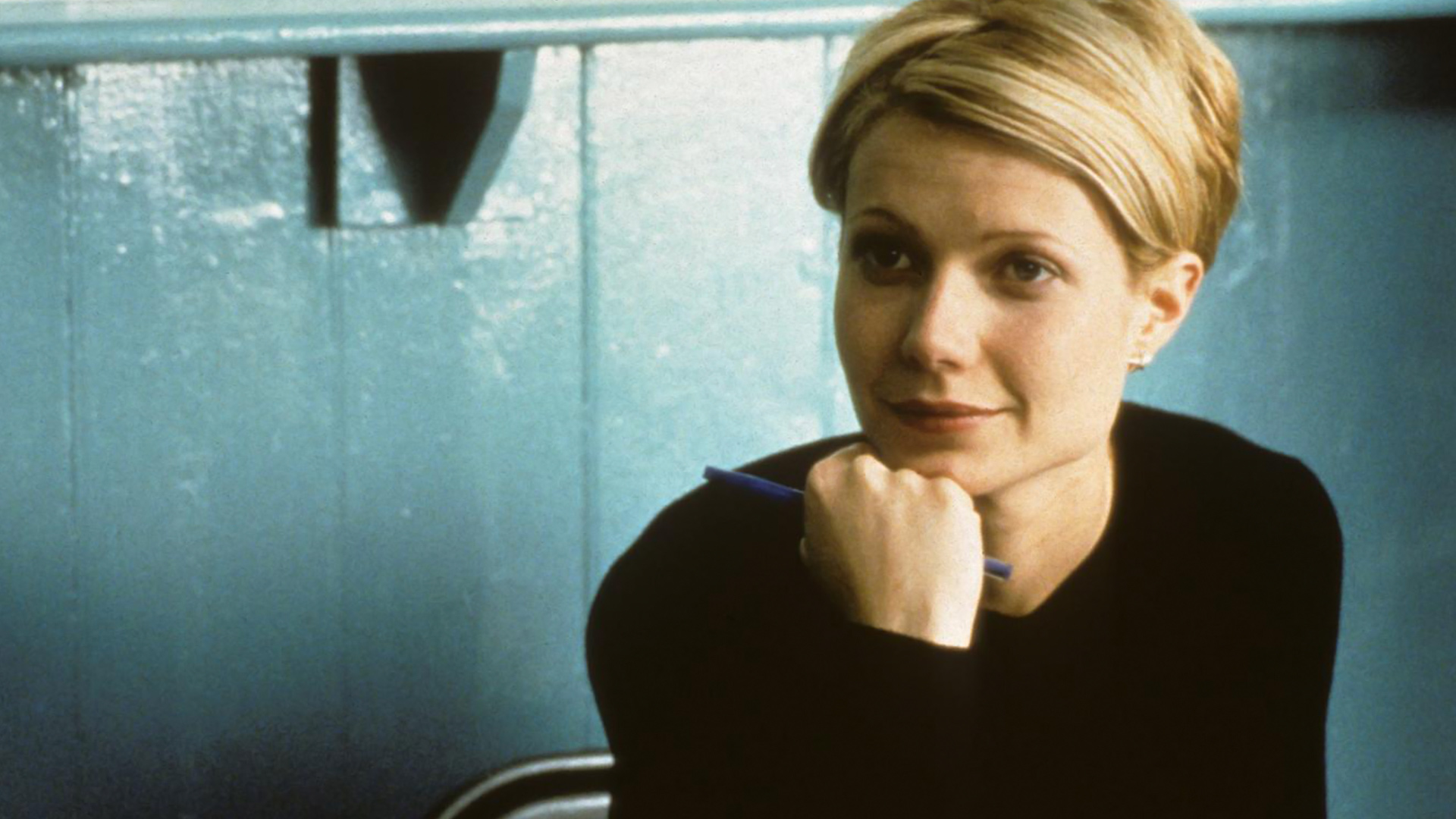 Director Peter Howitt’s ‘Sliding Doors’ is a romantic comedy movie starring Gwyneth Paltrow, John Hannah, John Lynch, and Jeanne Tripplehorn. It follows Helen, an ad executive whose failure to board a train results in the creation of two alternate realities. In one reality, she gets on the train and comes home only to find her boyfriend cheating on her. In the second, she misses the train and starts suspecting her boyfriend of infidelity. Both ‘Sliding Doors’ and ‘Look Both Ways’ unfold in two realities and use the gimmick to examine the nature of the relationship between their protagonists. Moreover, ‘Look Both Ways’ can itself be seen as a homage to ‘Sliding Doors.’ Hence, the movie takes the top spot on this list!

Read More: Where Was Netflix’s Look Both Ways Filmed?