Everything We Know About Sherlock Holmes 3 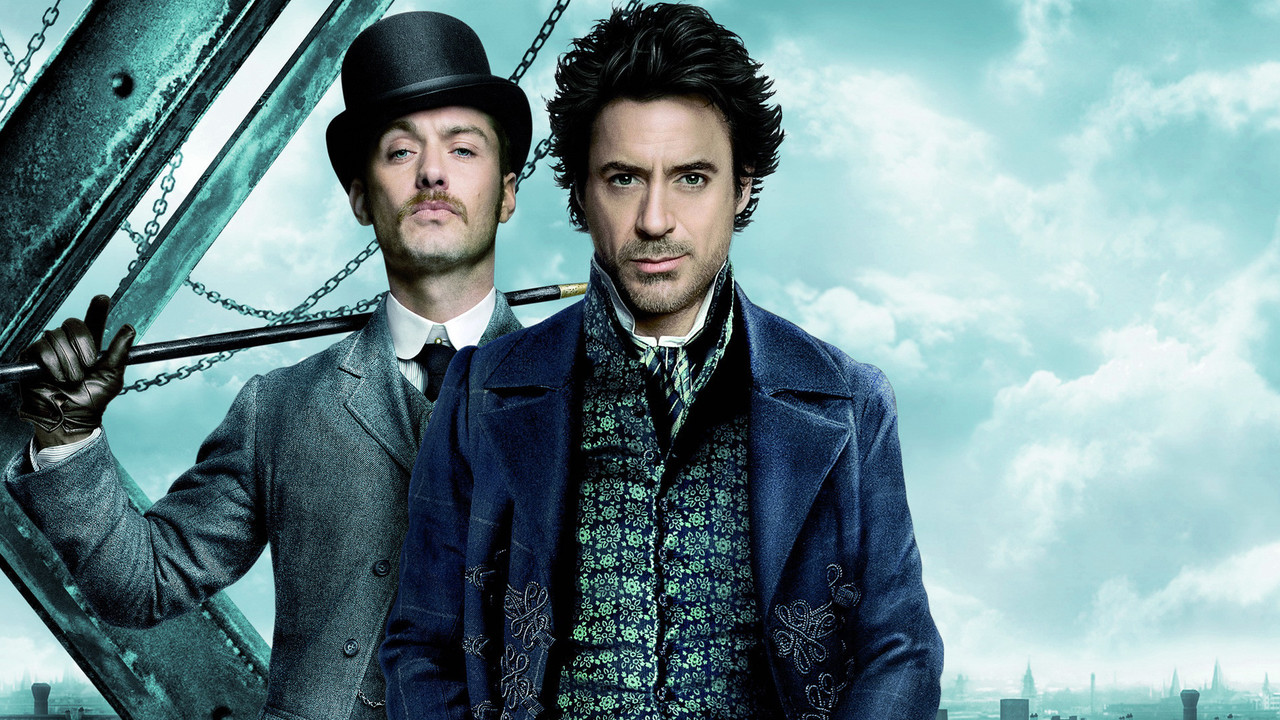 Development hell is the worst sort of place a film can find itself in, and it would seem a complete rarity for a franchise film, studio backed, with all big names attached set to reprise, also given that the previous two entries in the franchise were hits. Such is the case of the third ‘Sherlock Holmes’ film, that has long been in development hell for almost a decade now. There had always been chatter in the air for a third one ever since the day ‘Sherlock Holmes: A Game of Shadows’ premiered back in 2011, and WB have since been prying on the opportunity to throw the film into production.

However, a drive into development hell takes significant pushbacks and setbacks for a film this big, and among those, perhaps Downey’s involvement with the MCU and his commitment to the role of Iron Man that concluded in this year’s box office behemoth ‘Avengers: Endgame’ would seem like one of the major ones, also given that the star hasn’t signed any new films outside the MCU since 2014’s ‘The Judge’. Coupled with that, co-star Jude Law and director Jude Law too seemed to have their plates full with consecutive releases, and the film switching hands between multiple writers fixated upon finding a new villain for the third film added to the already considerable delays.

With the release of Endgame and his Iron Man days behind him, Downey finally seems to be available for more roles, with ‘All Star Weekend’ and ‘The Voyage of Dr. Dolittle’ announced as his next films for 2019 and 2020 respectively, principal among them being his confirmation in reprising his role as Sherlock Holmes in the third part of the much loved franchise. With an objective viewpoint, and also considering that he has garnered massive worldwide repute in the years following the release of the Sherlock Holmes sequel, his return was absolutely crucial and the first thing to get the ball rolling. With that out of the way, and a couple of other confirmed involvements, it was only a matter of time before WB made an official announcement that came through almost as soon as everybody involved had signed on. For now, here is everything that we know about the threequel.

Sherlock Holmes 3 Plot: What is it About? 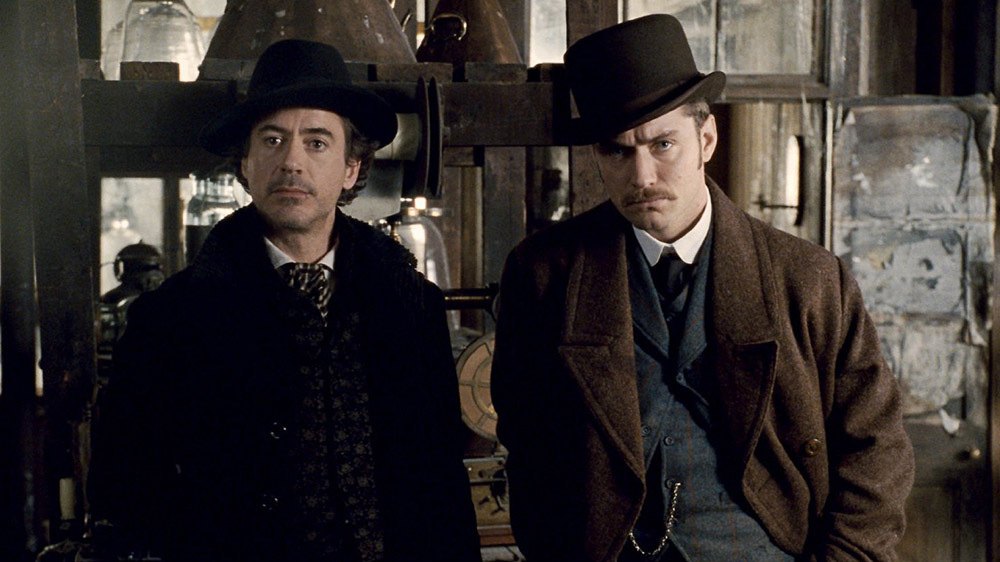 The commonality in between all Sherlock Holmes adaptations, be it literary or television or film is that each subsequent part deals with a single crime, and in essence a single villain, which lends the series an episodic or a chapter wise classification. It would also not be too outlandish if I say that the strength of every such chapter is also dependent on the villain it conceals behind its mystery: the more interesting the villain, the deeper the mystery. It would then be an intelligible guess that the third one would do itself some good by bringing in an iconic Sherlock Holmes villain to the scene. While the most iconic one is already done for in the second part, there still remain John Clay and Charles Augustus Milverton, especially the Napoleon of Blackmail. The sharp shooter Sebastian Moran too was introduced in the second film in the series, and continues to remain at large. Expect him to make an appearance too and form a significant subplot. 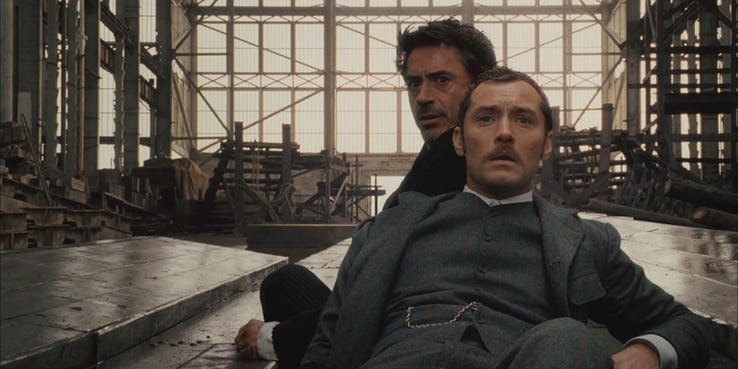 However, as far as the main plot is concerned, not much is known especially since the script and screenplay are both still in early stages of development. Again, that has seldom stopped us from speculating, so here we are. Sir Arthur Conan Doyle’s Sherlock Holmes inventory is an endless treasure, but it is most often the extremely popular ones that receive the cinematic treatment, or even television, including but not limited to the Hound of the Baskervilles, The Final Problem, The Sign of the Four, The Valley of Fear, A Study in Scarlet, A Scandal in Bohemia, The Adventure of Six Napoleons and The Adventure of Charles Augustus Milverton.

While all of the popular ones have been adapted on television in the period that the third film suffered in development hell, there are still a few relatively less popular stories that the makers can go with to avoid comparisons; but then again, if a trilogy is planned, this one needs to be really special. Considering all things, and that the series wouldn’t risk introducing an undead psychic sister from the Holmes’ past in the third film, the most appropriate choice would be to go with Charles Augustus Milverton, and some other subplots and smaller mysteries before he confronts Milverton in a one-on-one.

Bringing Jared Harris’ Moriarty back could add to the fireworks too. How the exceptionally clever detective series does it, I leave it to them. If you’d ask me though, I’d never like the mystery of how Holmes (or maybe even Moriarty) survived the Reichenbach falls to be revealed. I’d prefer it to be multiple choice, something similar to what the show did in ‘The Empty Hearse’.

Sherlock Holmes 3 Cast: Who is In it? 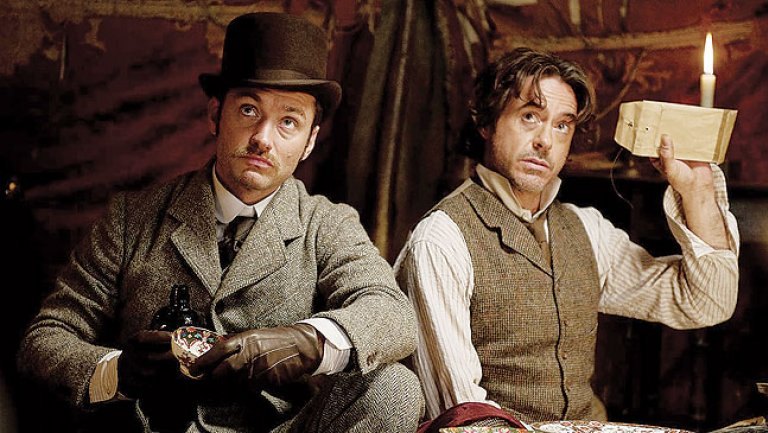 Robert Downey Jr. and Jude Law are the only confirmed actors returning for their parts, and also the most important ones. Their chemistry, one of the many things that worked for the first two films, will be imperative to the third one working. With Irene Adler, played by Rachel McAdams, presumably dead at the hands of Professor Moriarty, I wouldn’t bet on her returning, but you never know with such stories; we know that Holmes made it out of the Reichenbach Falls from the end of the second film. Even if he is the world’s greatest detective, surviving that fall was much more than a mean feat, and if he can, perhaps the woman can too. Their chemistry might surely be needed to light up the screen.

The same goes for the Joker to Holmes’ Batman, his arch nemesis, James Moriarty. Holmes would like to believe that he bested him in death, but my guess is that he will return: either as himself or as a cipher, much like the TV series. There is still no word on whether Kelly Reilly (Mary Morstan), Stephen Fry (Mycroft Holmes) or Eddie Marsan (Inspector Lestrade), franchise and series regulars, would be returning for their roles, but they will in all probability. The studio won’t afford losing credibility over recasting when they are at the verge of delivering a respectable trilogy. However, apart from the older ones, it would be prudent to assume that several new ones would be cast to star in the franchise as well.

Sherlock Holmes 3 Crew: Who is behind it? 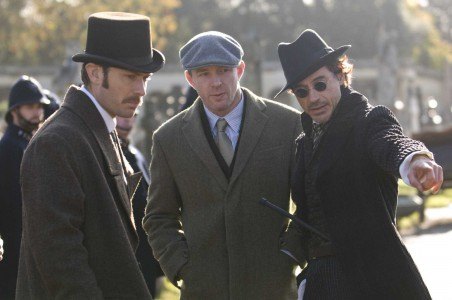 There has been no official word on Guy Ritchie returning, but let’s face it: while the commercial success of the films may be accredited to big names including especially Downey Jr., the overall success of the films both commercially and critically has to be because of this man. Ritchie infused Sir Arthur Conan Doyle’s stories with unmistakable wit and visual flair, including his signature use of slo-mo, and quickly intercut sequences in succession, which for me became one of the major reasons to return for the second one after the first. Having stressed enough on how there’d be no ‘Sherlock Holmes’ without RDJ, the same may be said for Guy Ritchie as well, currently basking in the success of his latest Disney offering, ‘Aladdin’. It is absolutely essential that he returns.

Coming to the writing department which has been a problem for the threequel since the first day, the script after switching hands between various writers including Drew Pearce, who has earlier worked on ‘Iron Man 3’ and Justin Haythe in the initial stages, RDJ and Village Roadshow, the producers of the films put together a writer’s room for serious development on the script with several top names, including Nicole Perlman, Justin Malen, Gary Whitta, Geneva Robertson-Dworet and Kieran Fitzgerald. In the latest official confirmation from WB, Chris Brancato, ‘Narcos’ writer and creator, was confirmed to be writing the script for ‘Sherlock Holmes 3’.

Sherlock Holmes 3 Release Date: When will it premiere? 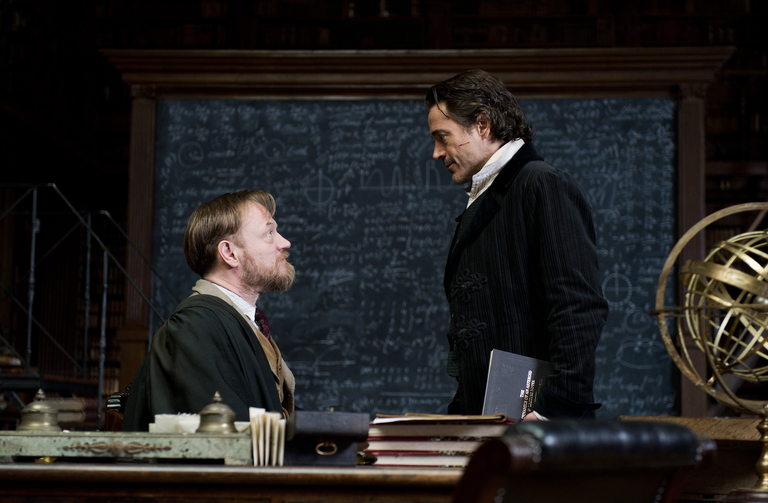 The Guy Ritchie Sherlock Holmes movies have both been the big Christmas releases in their respective years, and WB seems intent on not changing that despite considerable delays. That is pretty obvious considering how profitable the year end window is for distributors, also given that the immediate new year doesn’t see any new releases well into at least the third week, giving these films sufficient time to amass a sizable sum.

WB earlier announced that the film would be releasing on the Christmas of 2020, but through a recent announcement, moved it back to a full year, to premiere on December 22, 2021, to accommodate another untitled WB animated feature film in that slot. As for filming, one can only expect the film to go on floor sometime later next year, especially given that WB and the makers still do not have a confirmed script in hand, with only a broad outline existing, upon which confirmed writer Chris Brancato has been expanding as screenwriter. However, we can boldly assume given WB’s official confirmation that the game’s indeed afoot!