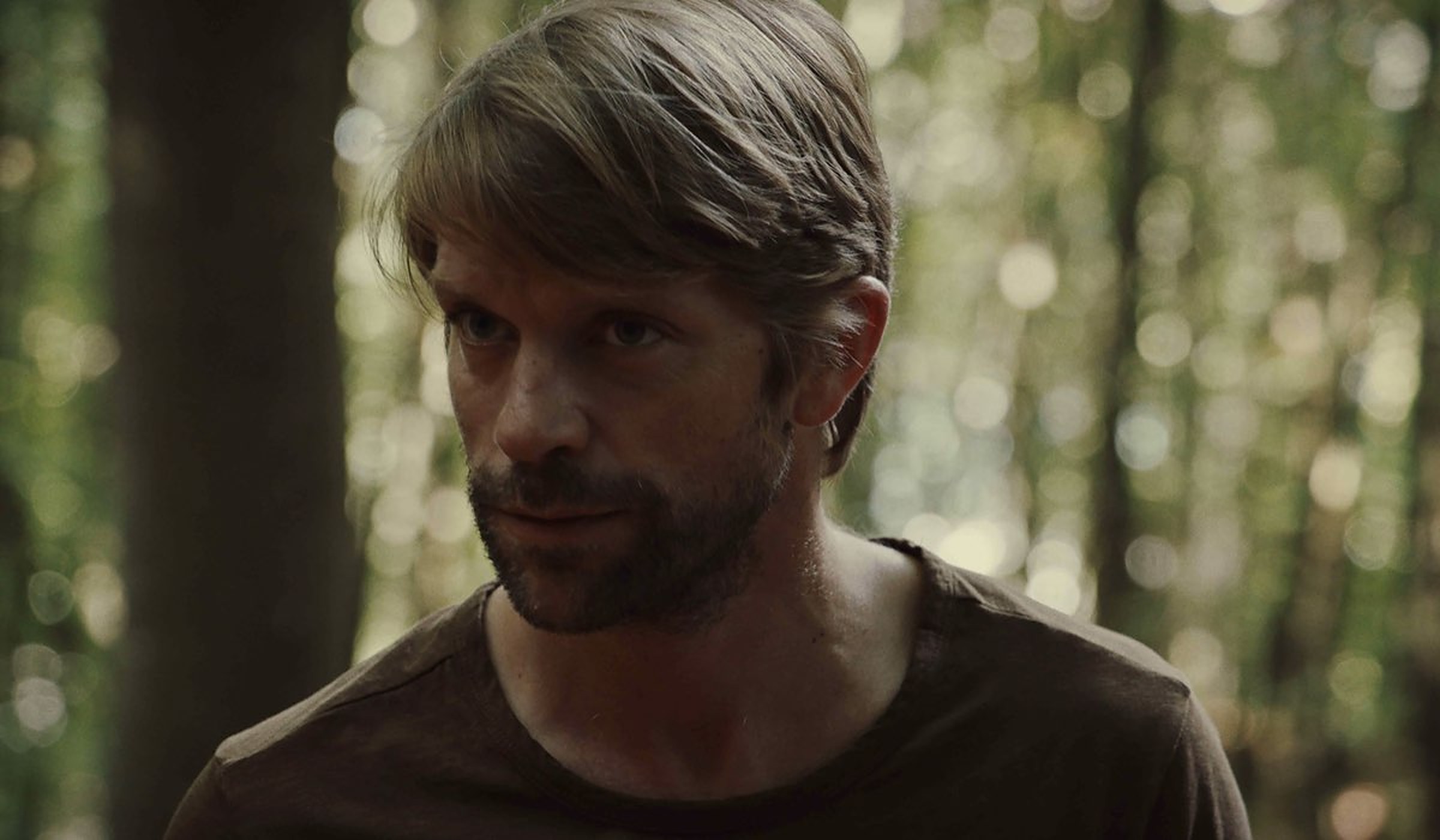 Created by Thierry Faber, Netflix’s ‘Capitani’ is a Luxembourg crime series that starts when the body of a 15-year-old girl named Jenny Engel is discovered in the forest near a village. To get to the bottom of the case, Inspector Luc Capitani arrives in the village of Manscheid from southern Luxembourg. He is helped by a local police officer named Elsa Ley, and as the investigating duo delves deeper into the truth behind the murder, they realize that there might be more to the incident than they had initially assumed.

The residents of Manscheid may know more than they claim, and the whole mess forces the Inspector to unravel the system that has been manipulating the villagers for a long time. If you have binged the crime series and wish to watch more such riveting ones, you may also like these seven crime dramas. You can watch most of these shows similar to ‘Capitani’ on Netflix, Hulu, or Amazon Prime. 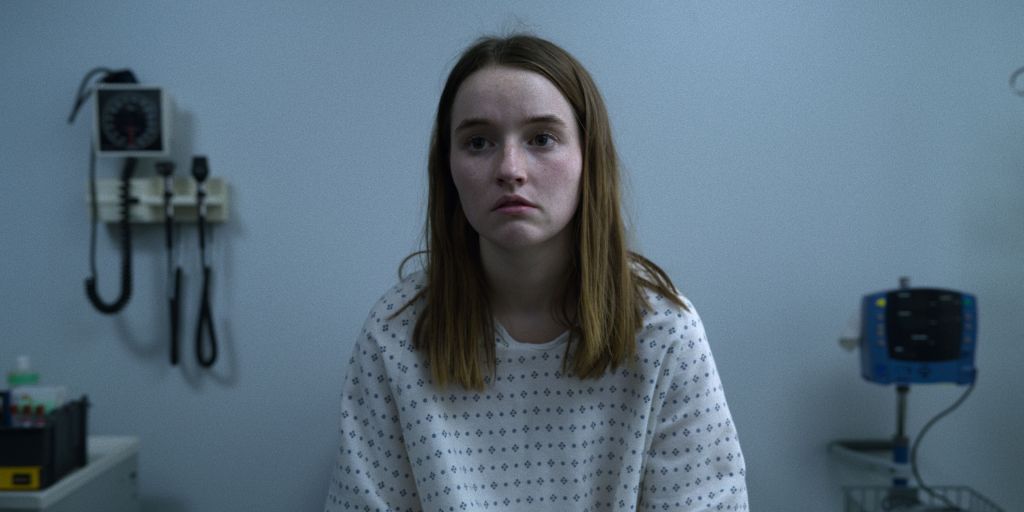 Based on the Washington and Colorado serial rape cases that took place between 2008 and 2011, ‘Unbelievable‘ follows a teenage girl named Marie, who is accused of lying about being sexually assaulted. Though she takes back the rape charges she had filed, two female detectives, Grace Rasmussen and Karen Duvall, decide to look at the evidence and hopefully solve the mystery behind the whole case. The thrilling and realistic nature of the miniseries is sure to appease those who like ‘Capitani.’ Talented actors like Toni Collette, Merritt Wever, and Kaitlyn Dever give their best to bring the true crime series to life. 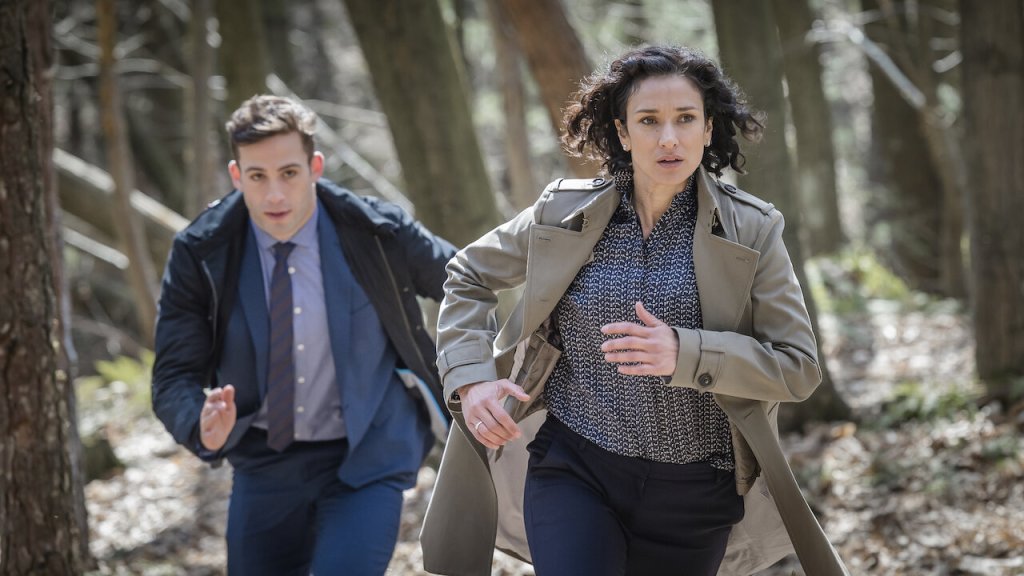 Created by Bill Gallagher, the British series ‘Paranoid’ follows a group of detectives from Woodmere Police who have been tasked to investigate the murder of Angela Benton. As the detectives try to unravel the case, their suspects keep meeting tragic fates. Meanwhile, an unknown person, also known as the Ghost Detective, keeps sending the law enforcement several clues that might help them solve the murder mystery.

The investigation soon leads the detectives on a chase across Europe to catch the actual murderer. The layers of the seemingly simple murder case keep the audience on the edge of their seats, and given the complex yet intriguing storyline, fans of ‘Capitani’ may come to like ‘Paranoid.’ 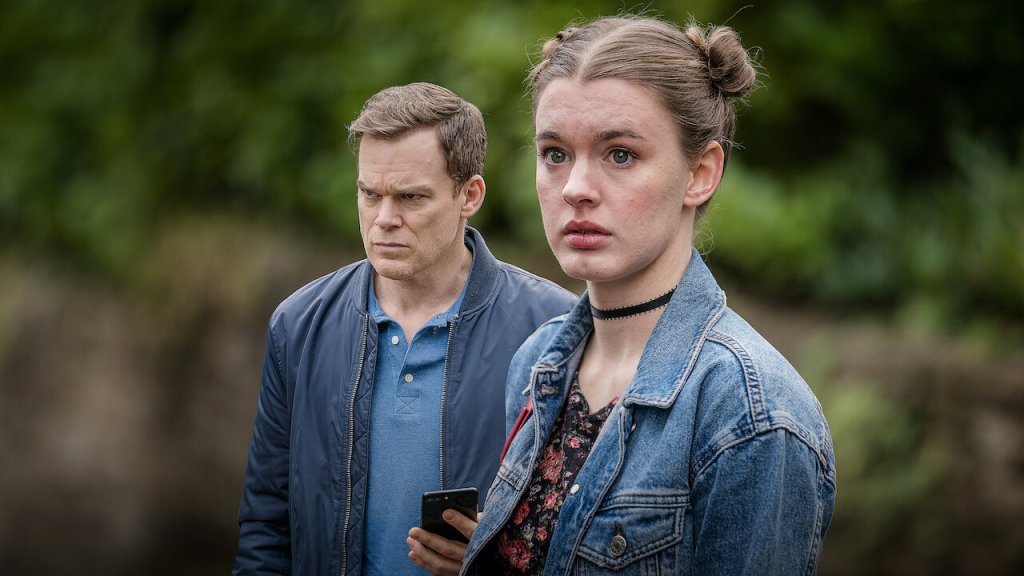 Given the central theme of the British series created by Harlan Corben, it is easy to see the similar elements between ‘Safe‘ and ‘Capitani.’ When Briton Tom Delaney’s 16-year-old daughter, Jenny Delaney, goes missing, he avails the help of his girlfriend, Detective Sergeant Sophie Mason, and Detective Constable Emma Castle, who has recently moved from a big city. As the single father and the two detectives try their best to find the missing girl, they find themselves in the middle of a twisted web of secrets. The revelations during the investigation make Tom question those he thought he knew well. 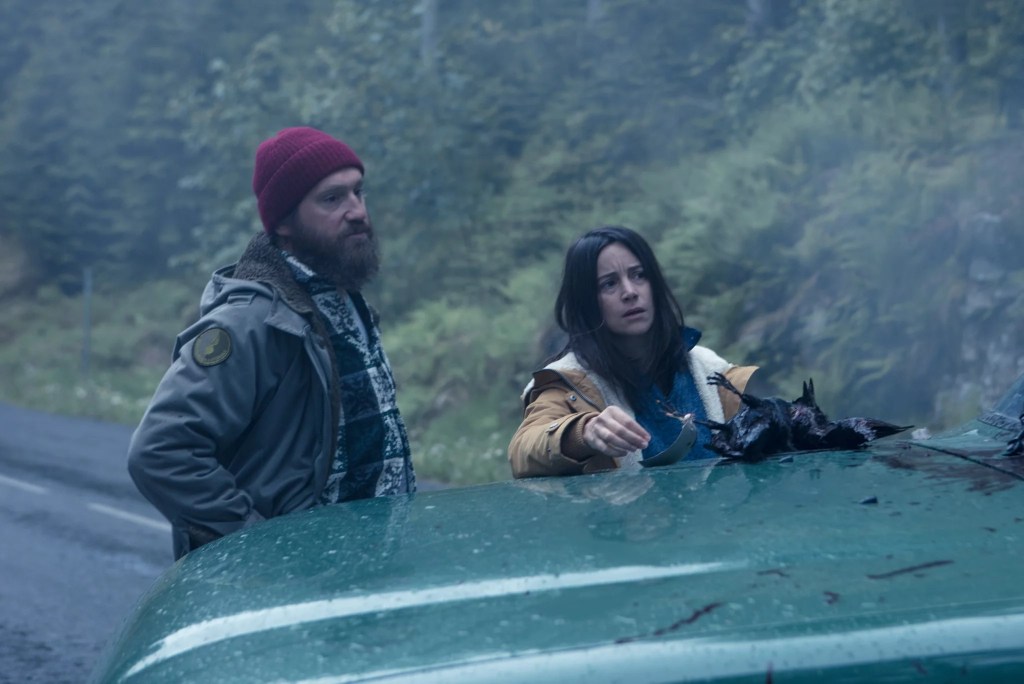 Delving into the supernatural realm, ‘Black Spot‘ or ‘Zone Blanche’ is a French-Belgian thriller series created by Mathieu Missoffe, set in the fictional town of Villefranche. Prosecutor Franck Siriani arrives at the beautiful yet fatal place to learn why the murder rates are six times larger than the country’s average. While there, he meets Police-Major Laurène Weiss, the head of the local law enforcement, whose questionable history makes him wonder about her motives.

The mountainous forests surrounding Villefranche have seen several murders take place, and Franck is ready to know the reason behind the same. The mysterious and thrilling atmosphere of the series will be familiar to those who have binged ‘Capitani.’ 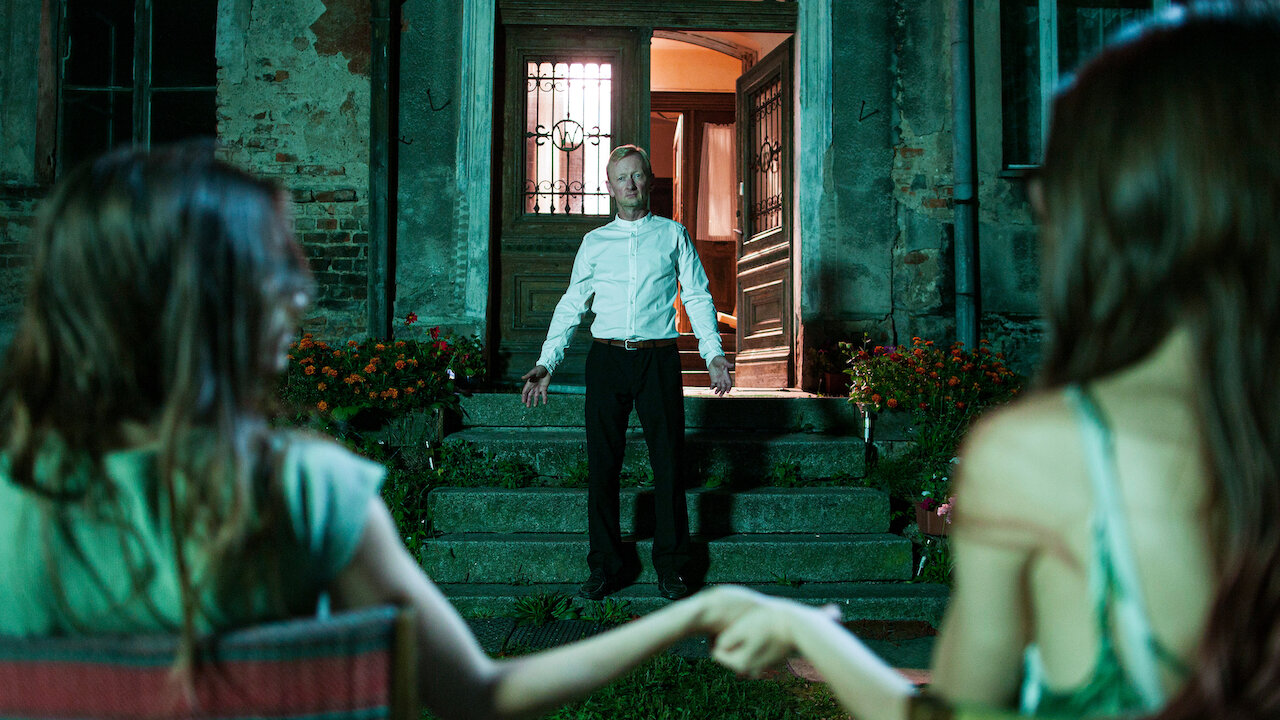 ‘Signs,’ or ‘Znaki,’ is a Polish crime-thriller series that unfolds in the fictional town of Sowie Doły. Commissioner Michał Trela has recently moved into the town with his daughter. While investigating the case of a woman murdered at a lake near the local mine, Michal makes a startling discovery. The evidence and threads from the present case lead back to an old, unsolved case about a murdered student.

The realization makes Michal curious to know more about what connects the two. It also gives him much-needed hope to get to the bottom of the tragic incident. Created by Przemysław Hoffmann and Błażej Przygodzki, ‘Signs’ certainly shares several theme points with ‘Capitani.’ Both shows revolve around female murders, where there is more to unravel than what meets the eye. 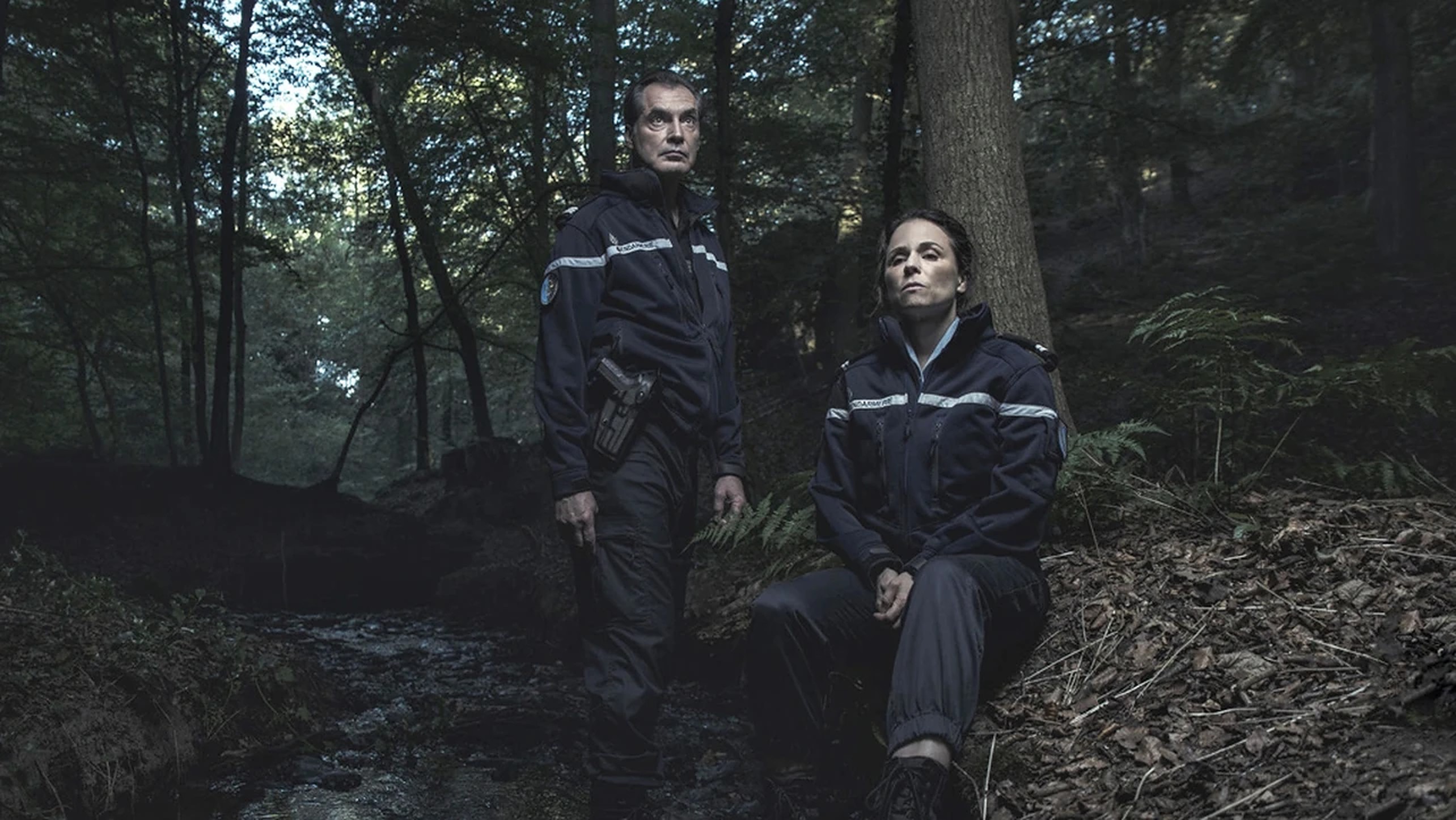 Created by Delinda Jacobs, ‘The Forest,’ AKA ‘La Forêt,’ is a French series that shares several key elements with the Luxembourg show. The crime drama follows the aftermath of the disappearance of teenager Jennifer Lenoir in the Ardennes forest. Gaspard Decker is a detective who has just moved into the town and is tasked to find her; he is partnered with Virginie Musso, who is quick to lose her temper.

The duo is accompanied by Ève Mendel, a teacher concerned for Jennifer. At a young age, Ève herself fell victim to a traumatic experience in the same forest. The crime scene being a forest and the shocking secrets of the townsfolk tie ‘The Forest’ closely with ‘Capitani.’

Starring Andrew Garfield and Gil Birmingham, ‘Under the Banner of Heaven‘ follows a Mormon detective named Jeb Pyre, assigned to investigate the murder of a Mormon mother and her baby daughter. As the case unravels, the involvement of the Church of Jesus Christ of Latter-Day Saints throws Jeb for a loop. Realizing the role of religion behind the tragic murders, he is forced to reevaluate his own faith.

The series is based on Jon Krakauer’s eponymous nonfiction book and the real-life murders that took place in Utah in 1984. Created by Dustin Lance Black, the true crime series will surely pique your interest if you enjoyed the conspiratorial nature of ‘Capitani.’

Read More: Is Capitani Based on a True Story?