6 TV Shows You Must Watch if You Love Grantchester 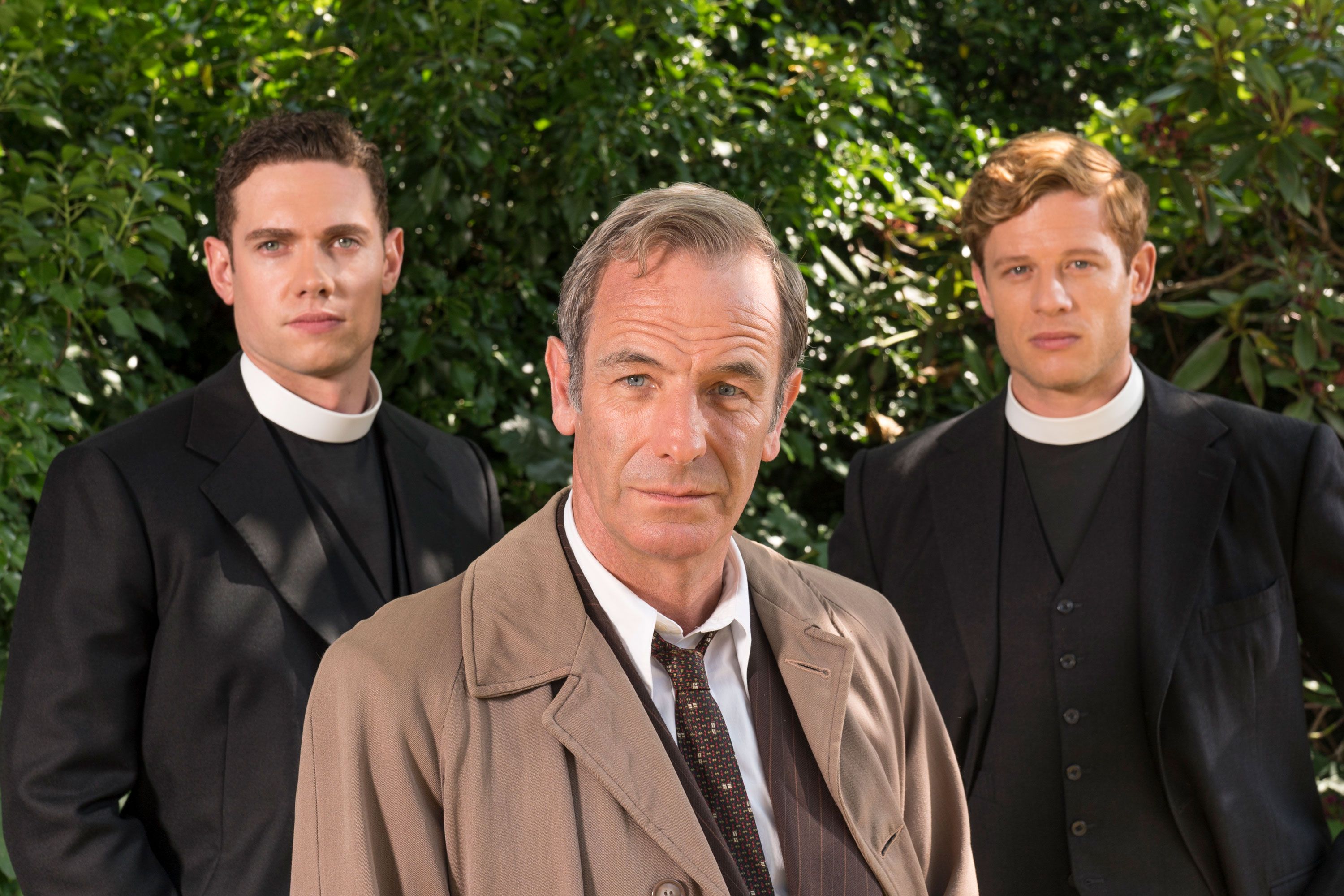 Mysteries have always fascinated human beings. It is the lack of complete knowledge of an incident which makes us strive towards trying to find out the actual reason behind the occurrence. It is because of our interest in the unknown that we’ve been able to discover a lot about nature and it is also the reason why we are constantly progressing as a species. Our natural interests in mysteries has reflected on our eagerness to listen to stories that work in a similar manner. That is the reason why mystery and detective stories have been immensely popular throughout the history of literature. Even pulp books, which were mainly engrossing reads of crime and sex, mostly had detectives as their leading characters. The interest has naturally reflected on film and other types of media as well, and thus we see numerous TV shows centering around detectives and mysteries. One such television series is the ITV original, ‘Grantchester’. The show is based on a series of stories written by James Runcie.

Sidney Chambers is the leading character of the series. Chambers is presently an Anglican priest and had earlier served in the army. Detective Inspector Geordie Keating is Chambers’ unofficial partner with whom he solves a number of cases. The series was mostly received positively by critics for its interesting use of noir elements along with essential characteristics of detective tales which we have seen or read a number of times. The bleak atmosphere, unique presentation, and the intriguing mystery have made ‘Grantchester’ a favourite among viewers. If you enjoyed watching this series and are looking for more shows that delve deeper into similar story-lines and themes, then you have come to the right place. Here’s the list of best shows similar to ‘Grantchester’ that are our recommendations. You can watch several of these series like ‘Grantchester’ on Netflix, Hulu or Amazon Prime. 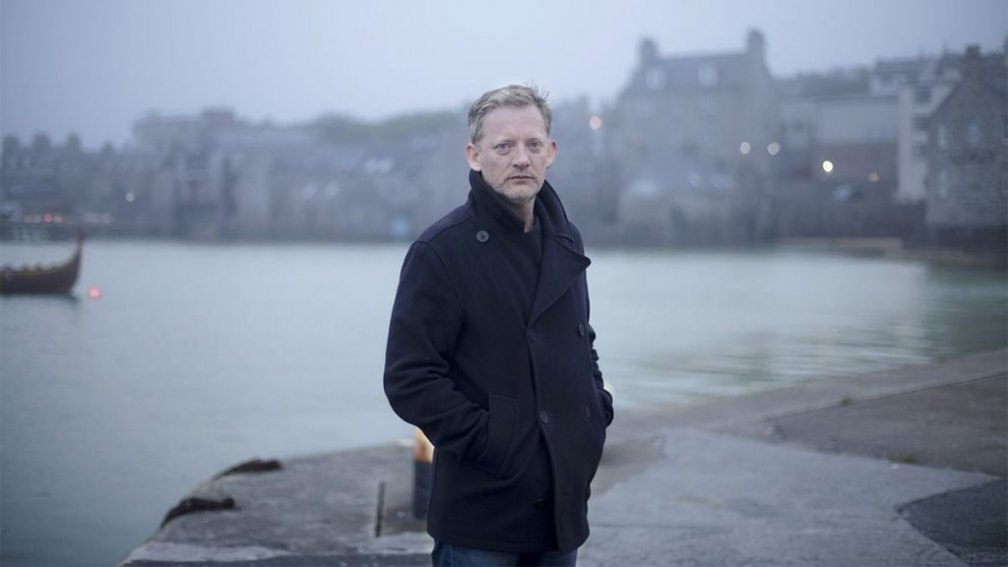 ‘Shetland’ is actually a Scottish archipelago where a small community of people reside, and it is here that the central character of our story, Detective Inspector Jimmy Perez along with his associates take on the challenging tasks of solving a number of crimes. Crime novelist Ann Cleeves’ books are the main inspiration behind this series. What makes the show stand out is the fact that the setting is a place where not many people live, but still, there are some really disturbing crimes that keep happening. Some of the stories in the show are among the greatest detective stories in recent times, with some amazing intrigue and suspense on offer. The performances by Douglas Henshall, Alison O’Donnell, Steven Robertson and other members of the main cast have received much acclaim from critics. ‘Shetland’ managed to bag the BAFTA Scotland Award for Best Television Drama. 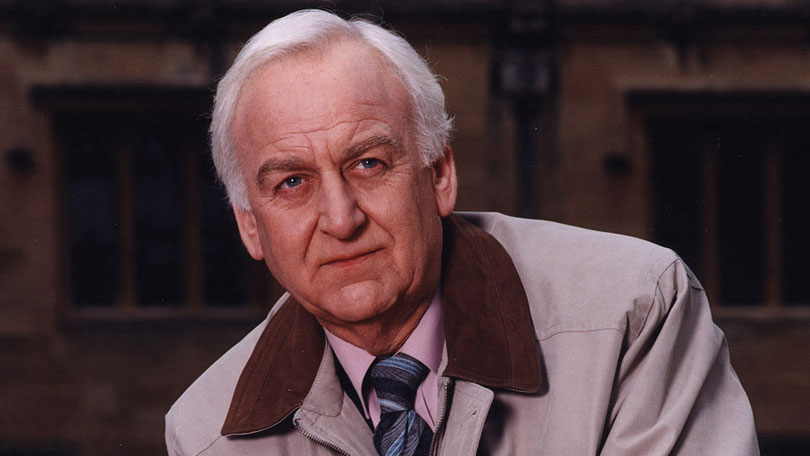 This long-running detective show is based on a series of novels written by Colin Dexter. ‘Inspector Morse’ is an anthology series where each episode comes with a new murder mystery for the central character and his aide Sergeant Lewis to solve. Morse belongs to the class of British detectives we have now come to know as ‘gentleman detectives’. They are people who have had decent upbringings and are always properly dressed, never crude in their manners, and depend more on the power of the brain than the brawn to solve their cases. One interesting aspect about the character and the series is that Morse frequently falls in love with the women who invade his stories. And it sometimes happens that he falls in love with the women who are actually culprits that Morse is chasing down. In 2012, a series called ‘Endeavour’ premiered with Shaun Evans portraying a younger version of Detective Morse. 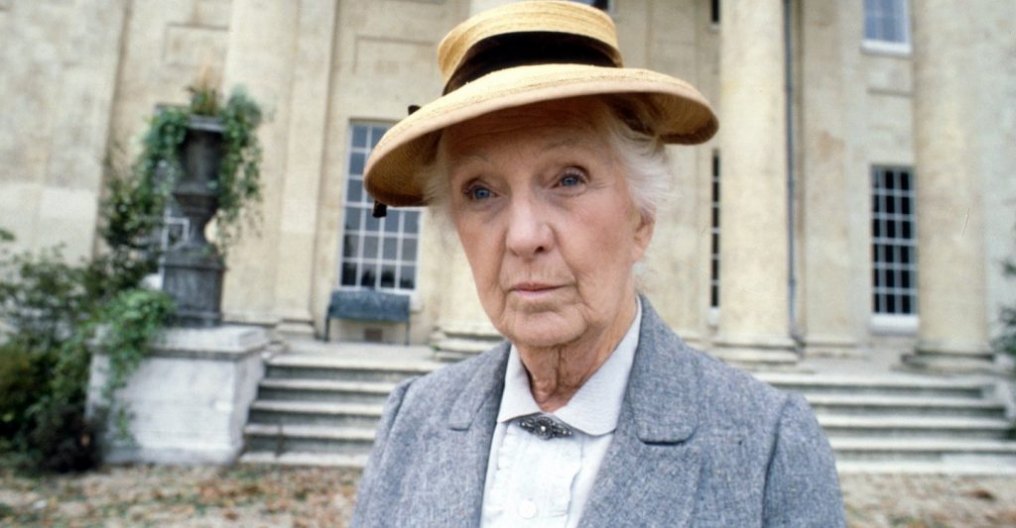 Anyone who loves detective fiction has, of course, heard the name of Agatha Christie. In terms of popularity, the sales of her books are only behind the works of Shakespeare and The Bible. Christie has created two characters who are among the most popular detectives of all time — Miss Marple and Hercule Poirot. Miss Marple is probably among the first female detectives to gain worldwide recognition with the 12 novels that Christie wrote based on the character. The BBC series in question has Joan Hickson playing the titular role. Since all of the Marple stories are novels, it became impossible to cover them in single episodes, and thus some of the stories run for two episodes while others run for three episodes. The settings, the gripping tales from the masterful pen of Christie, and the performances by the cast members helped the series gain immense critical acclaim. Hickson has now almost become the embodiment of the character with many people saying that Christie would have pictured the character looking somewhat like Hickson herself. 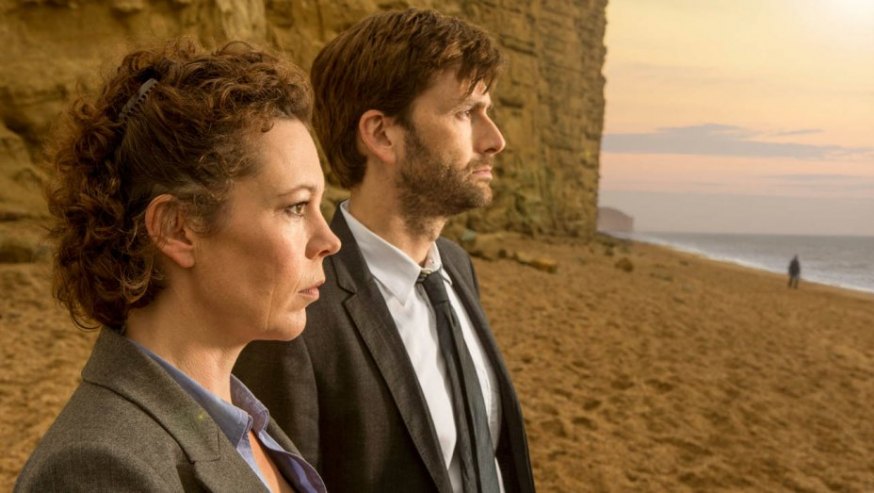 ‘Broadchurch‘ is a serial crime drama starring David Tennant and Olivia Coleman in the leading roles. Tennant’s character is called DI Alec Hardy while Coleman’s character is known as DS Ellie Miller. They have come into a town called Boradchurch which is inhabited by a small community. Their main focus is the investigation into the murder of a small child. The characters who inhabit the show give a feeling that they are trapped within this small town where ominous incidents keep happening. The deep psychological trauma that the members of the child’s family go through is also explored in the show. There are clear Nordic noir elements used in the narrative, which add to the suspense and mystery with the moody setting, dimmed lighting, and use of light and shadow. Critical acclaim for the show was abundant, with many critics praising the performances of the actors and the intense narrative. The way the mysteries unfold organically was also praised by reviewers. 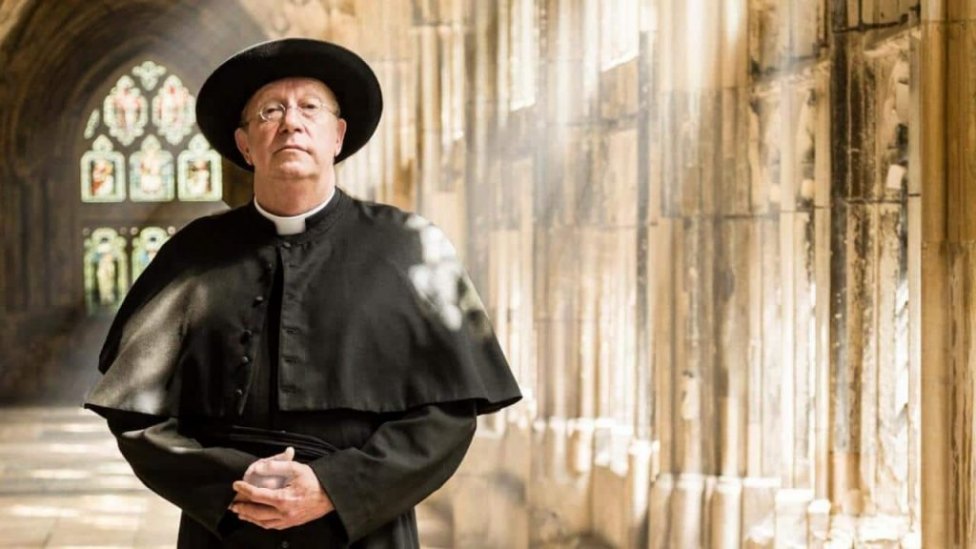 Father Brown, just like ‘Grantchester”s detective Sidney Chambers, is also a priest. However, his story is set sometime in the 1950s. It was the post-war era where Britain was still reeling from the immense losses it faced during the war. Moreover, the country’s economy vastly weakened after they lost their colonial powers on India. In such a time in the rural area of Cotswold village in Kembleford, we find Father Brown using his powers not only to pray to God asking him to forgive people for their sins, but also using his sharp mind to find some ghastly sinners, murderers to be precise, and bring them to justice. Brown uses not only his own sharp intellect, but also some friends he has gathered over the years, as his tools in solving crimes.

The interesting aspect about the series is how it has managed to blend a completely religious man’s life with the world of crime, greed, and deception. Father Brown’s ideas about capital punishment also reflect a character who can go against authority (in the 1950s, capital punishment was legal in Britain) when the need arises. 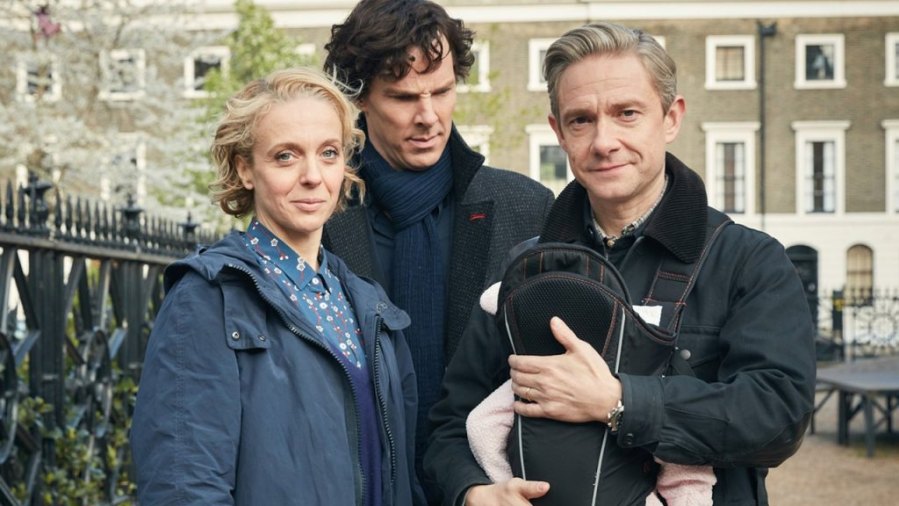 Not many characters in the history of fiction are as popular as Sir Arthur Conan Doyle’s masterful creation, Sherlock Holmes. The character is a sleuth residing in London who solves almost near-impossible cases along with his friend Dr. John Watson. The original story is set in Victorian England, but when Mark Gatiss and Steven Moffat took upon the task of adapting Holmes’ stories for television, they decided to place him in modern-day London. The attempt was sneered at by some critics, but when the duo came out with the series starring Benedict Cumberbatch and Martin Freeman as the eccentric sleuth and his friend, respectively, there were only loud words of admiration from all corners.

The reason this series stands out is because of the fluidity that the creators managed to achieve in transforming the tales to fit modern circumstances while keeping the essence of the stories and the characters intact. Performances by Cumberbatch, Freeman, and Andrew Scott define the tone of the series. The show also won a total of nine Primetime Emmy Awards.