8 Shows Like The Witcher Blood Origin You Must See

Created by Lauren Schmidt Hissrich and Declan de Barra, ‘The Witcher: Blood Origin’ is a fantasy drama series on Netflix. The narrative follows the lives of seven elves who have become pariahs in their world. After an otherworldly realm threatens to destroy their world, they band together as warriors to defeat evil. Furthermore, they simultaneously fight a mighty empire that has taken over their land. Set before the events of ‘The Witcher,’ the series explores how the two worlds of humans and creatures came to collide.

It takes the viewers back in time, about 1200 years, while narrating the tale of the very first Witcher. The series is filled with brutal fights and a mind-bending story that blends mystic creatures with the history of the Witcher profession. If you want to watch shows that revolve around themes like fantasy worlds and brutal fights against evil, then the following suggestions are perfect for you. You can watch most of these shows similar to ‘The Witcher: Blood Origin’ on Netflix, Hulu, or Amazon Prime. 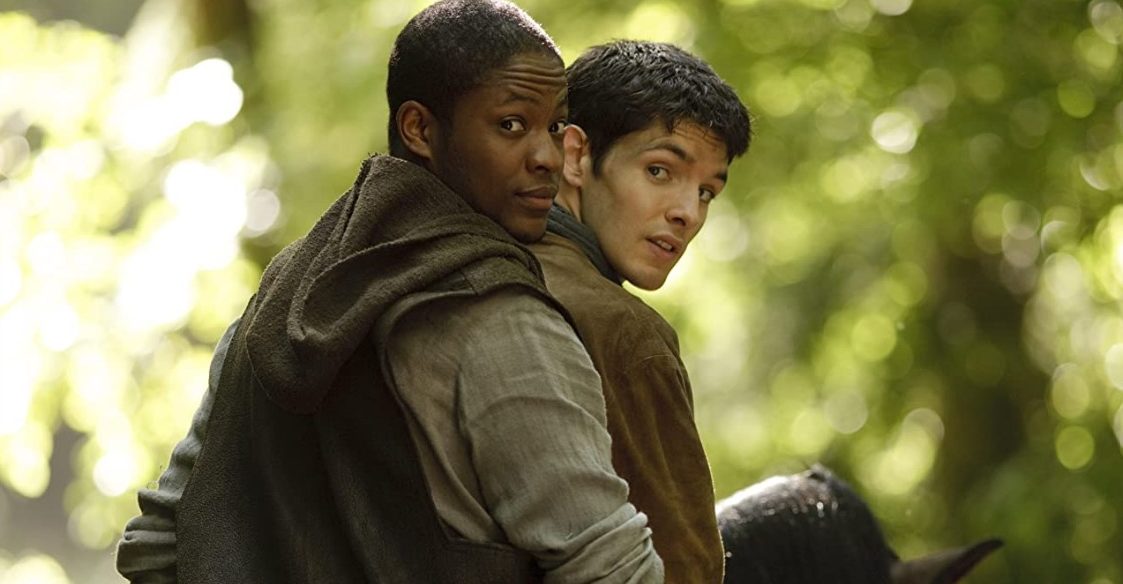 The ambitious fantasy series ‘Merlin’ tells the story of the mighty King Arthur and his wizard, Merlin’s adventures at a young age as they navigate through their fated lives. It follows Arthur’s ascent to the throne and the situations that form his experiences in between. From the legend of Camelot to the Great Purge that bans using any form of magic, the duo manages to handle all such circumstances.

Evidently, the wizard becomes famous because of his incredible feats and how he helps Arthur become a great ruler. Johnny Capps, Julian Jones, and Jake Michie serve as creators of the series. The presence of a ruling empire and the surrounding mystics are similar in both ‘Merlin’ and ‘The Witcher: Blood Origin.’

Deborah Harkness’s ‘All Souls Trilogy’ forms the foundation for the fantasy series ‘A Discovery of Witches.’ It puts the relationship between a vampire and a witch at the center of the plot. Although Diana Bishop is the protagonist, she is accompanied and aided by Matthew Clairmont, a vampire. Diana’s journey begins when she comes across an ancient manuscript that details the hidden treasures of a secret world and its magic.

Without caring about the rift between vampires and witches, the duo comes together to navigate the hidden world and protect each other from the troubles that arise. This series, like ‘The Witcher: Blood Origin,’ explores the age-old traditions and taboos that their respective worlds put forth. Furthermore, a trip to save the world is an ominous presence in both shows.

Written and created by Frank Miller and Tom Wheeler, ‘Cursed’ is an adventure fantasy series. The duo wrote an illustrated novel of the same name that further forms the basis for the narrative. The show also takes inspiration from the famous legend of King Arthur’s sword. Katherine Langford stars as a teen witch named Nimue, set on a course to save her people. Moreover, she receives help from a mercenary named Arthur, who is gracious and charismatic. Witches, magical worlds, and creatures find portrayal in both the fantasy series ‘Cursed’ and ‘The Witcher: Blood Origin.’

Centering on the adventures of a young girl, ‘His Dark Materials’ is a refreshing take on magic and mysticism. Created by Jack Thorne, the fantasy series is based on the eponymous trilogy by Philip Pullman. It interlaces a young girl’s expedition to search for her friend while discovering cosmic substances. Like ‘The Witcher: Blood Origin,’ this show also features a reality where multiple worlds coexist. Besides, supernatural creatures and prophecies that jeopardize the world are familiar in both series. 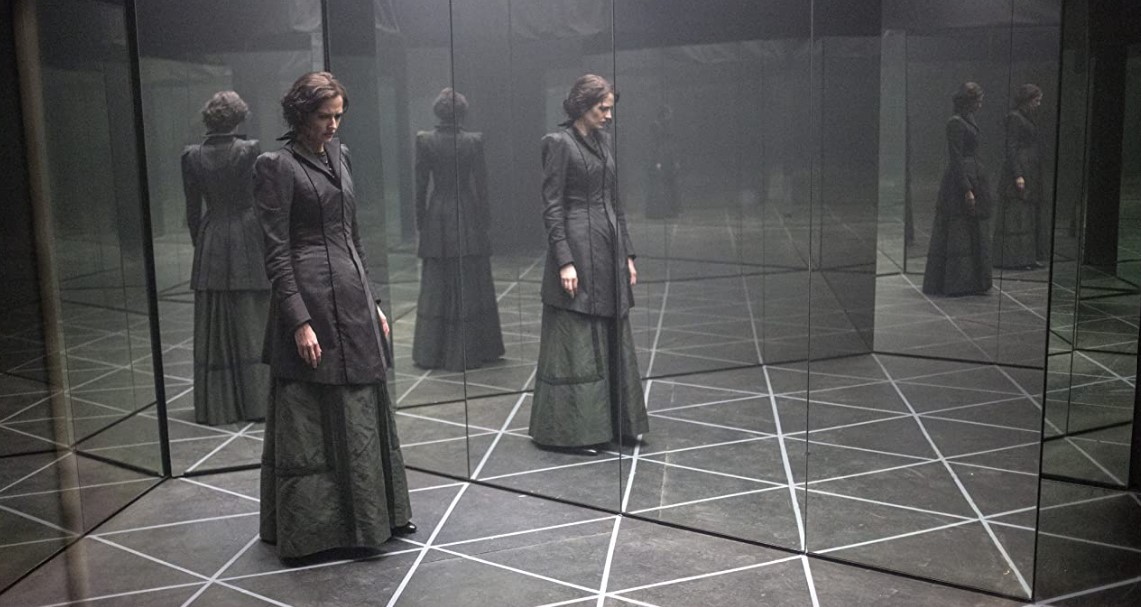 Eva Green appears as the protagonist in the fantasy drama show ‘Penny Dreadful.’ Creator John Logan blends the world of crime with the mystical aspects set in Victorian England. An explorer, gunslinger, and the recruiter protagonist band together to hunt down a murderer. Vanessa Ives and the two recruits are oblivious to the threats they are set to face; they hunt esoteric entities. The central characters in ‘Penny Dreadful’ and ‘The Witcher: Blood Origin’ are hunters skilled in combating otherworldly organisms. 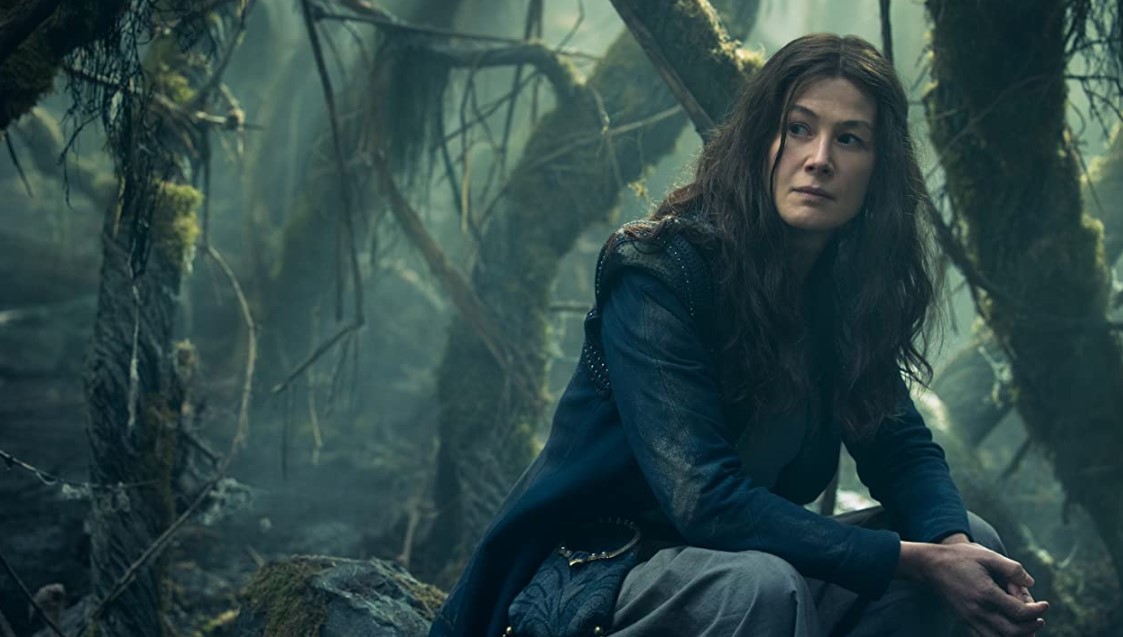 The action fantasy series is based on ‘The Wheel of Time’ by Robert Jordan and Brandon Sanderson. It recounts the tale of Moiraine, who leads the journey of five younglings. Belonging to a mystical organization, she believes that one of the five people was a dragon in their past life. The purpose of the journey is to figure out the truth behind each of their previous lives.

Furthermore, the dragon is attached to a prophecy that witnesses it either saving the world or spreading mass destruction. Created by Rafe Judkins, the series shares genre-spanning similarities with ‘The Witcher: Blood Origin.’ Both series spin their stories in a far-fetched fantasy world where magic and mystic creatures take precedence over regular instances. 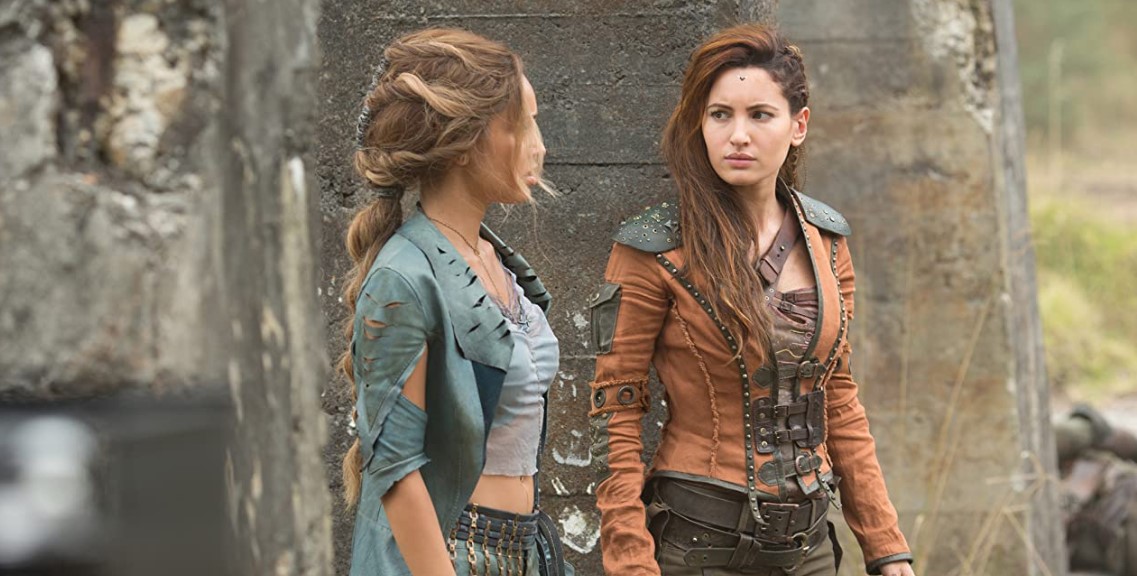 Created by Alfred Gough and Miles Millar, ‘The Shannara Chronicles’ is a fantasy adventure series that witnesses a massive fight and journey that spreads across the four lands of the world. Amberle is an elf princess who sets out on an expedition to save the world. She does so with the help of Eretria and Wil. The trio undertakes an adventurous yet risky voyage to fight off a demon army that has resolved to destroy the universe. ‘The Shannara Chronicles’ and ‘The Witcher: Blood Origin’ share the existence of elves and outcasts in their respective worlds. Furthermore, the stories of both worlds revolve around a terrorizing battle that pits good against evil. 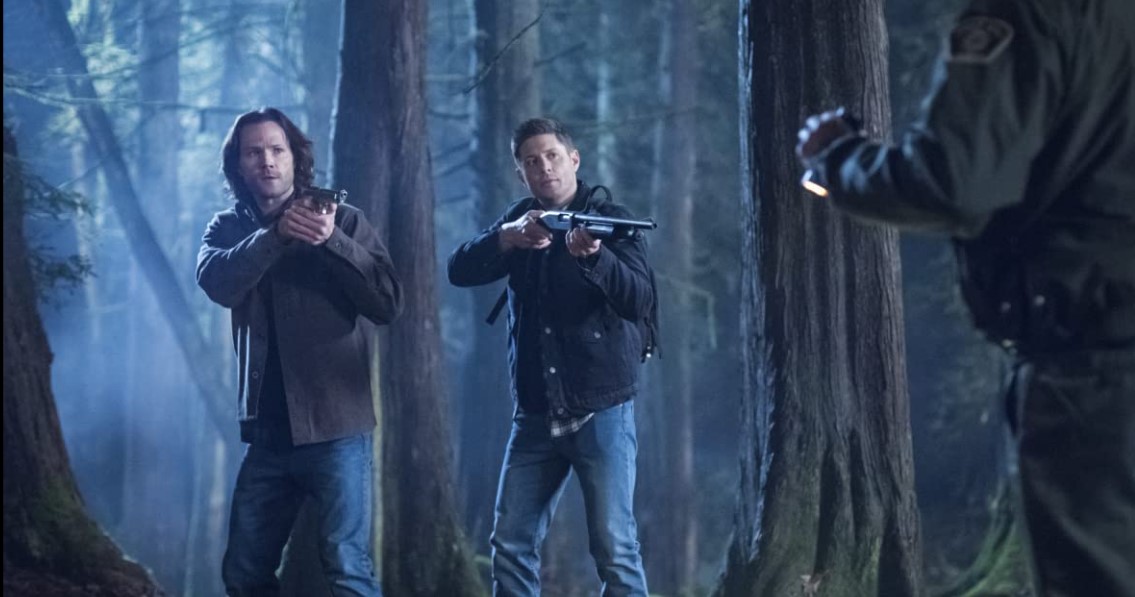 Jared Padalecki and Jensen Ackles have continued their stint as witch hunters for fifteen glorious seasons. The fantasy drama show details the lives of two brothers, Dean and Sam, who take up hunting as a profession after getting inspired by their father. They are responsible for battling demons and otherworldly creatures threatening to destroy their world.

The successful series has also warranted four spin-off shows that continue the story of the hunters and their adventures. The leadership teams in ‘Supernatural’ and ‘The Witcher: Blood Origin’ fight off creatures from other realms and protect their homeland. Besides, in both stories, the mystical organisms threaten the unraveling of their homes.