The Thing About Pam Finale Recap and Ending, Explained 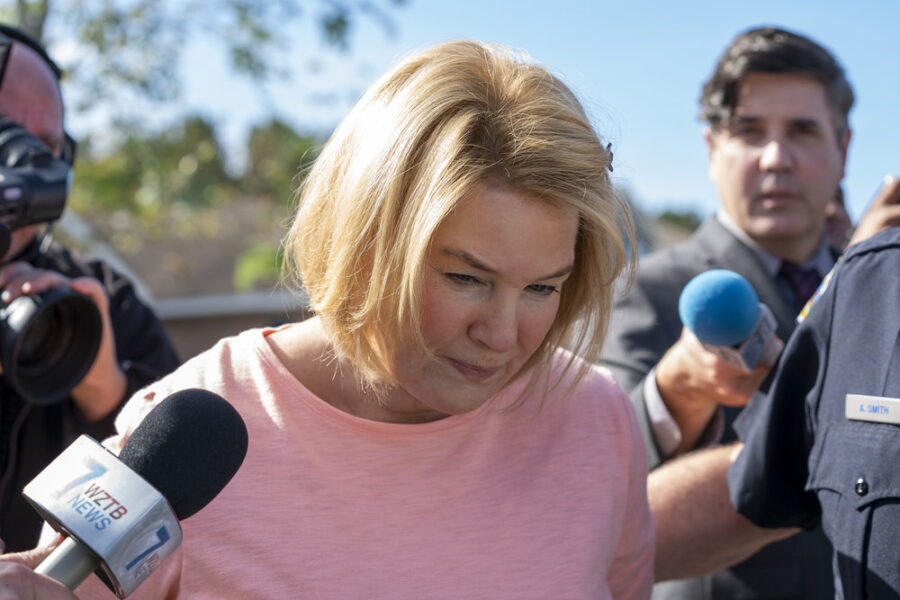 As a retelling of Pam Hupp’s alleged diabolical schemes in the aftermath of her close friend Betsy Faria’s death, ‘The Thing About Pam‘ is a crime-drama series that truly covers all aspects of reality. In other words, this NBC original explores everything from her contradictions to her efforts to establish herself as innocent and from her lies to her being at the center of a few different yet interwoven cases. So now, if you wish to catch up on the events depicted in the season finale and get an insight into its ending, we’ve got you covered. MAJOR SPOILERS AHEAD!

The Thing About Pam Finale Recap

The finale (episode 6) of ‘The Thing About Pam,’ titled ‘She’s a Killer,’ picks up right from the ending of the previous installment to emphasize the way desperation can make people go to extremes. After all, having avowed to “get rid of” those in her way to divert the negative public, media, and legal attention from herself, Pam Hupp sets her carefully concocted plan into motion. The episode actually opens up with a look into her preparation for the same, which brings not just her deliberate intention but also her seemingly morbid fascination with crime-based books to light.

Once Pam is sure that her family is out of the house and everything else is in place, she poses as ‘Dateline’ producer Cathy Singer, knowing it would allow her to approach strangers while also affecting the latter’s reputation. She then gathers the last few missing pieces before driving around town, planning to lure an unsuspecting individual into her home with an offer of $1,000 to record a 911 call for the NBC show. Carol McAfee (also known as Carol Alford) is the first one she comes across, who gets into the vehicle despite having the gut feeling that something is very off.

That’s why Carol disregards Pam’s orders of not carrying any belongings and takes both her phone as well as a knife for protection while indirectly extracting information before making an excuse to get her to turn around. She actually manages to one-up Pam because she contacts the authorities as soon as she’s alone back home to let them know of the strange encounter in complete detail. However, soon after, Pam picks up Louis Gumpenberger, who has mental and physical disabilities, manipulates him into her home, and calls 911 before claiming self-defense to just open fire.

Pam’s goal becomes clear in this process as she brings up Russell “Russ” Faria, painting a picture of him as a bad guy who hired Louis to kidnap her for the insurance money his late wife Betsy left in her name. For this, Pam even places $900 and a handwritten note in his pocket, only for it to backfire because the former later gets traced back to the bills in her possession through the sequence numbers. Moreover, the officials in charge do a thorough job of securing the crime scene, and once they learn who she is, they follow the legal process meticulously.

It soon comes to light that Russ wasn’t in town at the time of the incident, plus nothing connects him to Louis or the note recovered from his remains, clearing him for good. That’s when Pam is apprehended for the latter’s homicide, following which she seemingly tries to take her own life by using the tip of a pen to stab her neck and wrists. Pam had initially pleaded not guilty, but in the subsequent court proceedings, she enters into an Alford guilty plea rather than face a jury trial. In short, Pam Hupp maintains her innocence while still being convicted and sentenced to serve life in prison.

The Thing About Pam Finale Ending: What Happens to Everybody Involved in Pam’s Case?

Through the Alford plea — a criminal plea wherein a defendant does not concede guilt but merely admits that the evidence the prosecution has will likely result in their conviction — Pam Hupp has managed to maintain her innocence for years. However, just as the series reveals, in July 2021, things changed a little as the jailbird (serving time for first-degree murder and armed criminal action in connection to Louis’ death) was also charged with Betsy Faria’s homicide. Therefore, as of writing, she’s awaiting trial while already incarcerated in a state facility.

Coming to Betsy’s then-husband Russ Faria, he has found love again with Carol McAfee, to whom he proposed in October 2021 after at least three years together. As for Betsy’s two daughters, although neither of them is in touch with Russ anymore, they have their own happy little families to look after these days. Even Russ’ defense attorneys — Joel Schwartz and Nate Swanson — get a seemingly happy ending as they continue to be successful in their field in the state of Missouri.

On the flip side, then-District Attorney Leah Askey has not only been facing some backlash for how she handled the Faria matter, but she has also become the subject of a prosecutorial misconduct investigation. With that said, though, she denies any wrongdoing and continues to stand by her past actions with no regrets. Coming to Pam’s loved ones, her husband Mark Hupp filed for divorce in September 2020, describing their marriage as “irretrievably broken,” and he has since remarried.