Where Are Diana And Nina Parsijani From Dated & Related Now?

Hosted by Melinda Berry, Netflix’s ‘Dated & Related‘ is a unique dating show that will capture your attention. The participants in the reality series are accompanied by their sibling/cousin with a common goal of finding a romantic match. Each season, the competitors are welcomed into a beautiful villa where they must build their love life and help their sibling/cousin do the same. In the end, one pair gets to take home the grand prize of $100,000, yet the path to victory is far from easy.

Season 1 of the series saw several cast members entertaining the audience thanks to their charms and actions. With the cameras now put away, fans are curious about the featured siblings, specifically twins Diana and Nina Parsijani. The sisters from London could capture the audience’s interest and their fellow housemates’ since their first appearance. Naturally, their fans want to know about their current whereabouts. Luckily, we are here to investigate the same!

Diana and Nina Parsijani commanded the attention of several men in the villa since they entered ‘Dated & Related’ season 1. Both the Bishops and the Cohen/Hahn cousins were ready to make a good impression on the twins, though the former sibling duo found more success than the New Jersey natives. While Kaz was able to charm Diana, Kieran also talked to Nina to build a relationship. 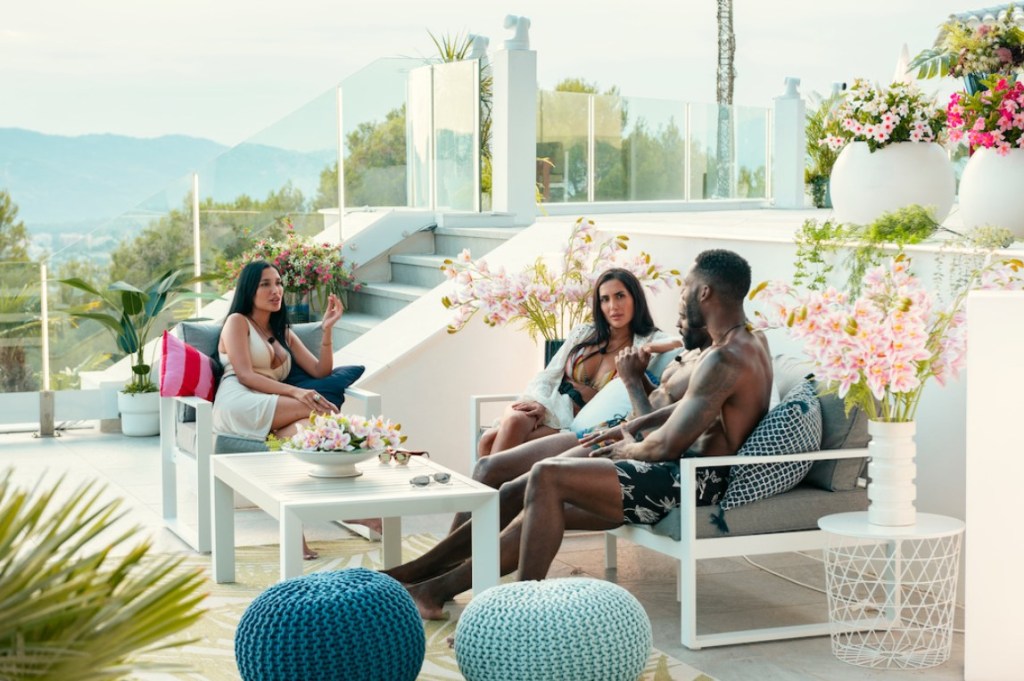 However, when the Roppo siblings selected the Bishop brothers for their double date after the latter had won a challenge, Diana could not help but feel conflicted. She knew that Corrina was interested in Kaz and didn’t know if the London firefighter would stay true to his intentions toward her or decide to pursue the Roppo sister.

Nevertheless, after returning from his date, Kaz decided to talk to an upset Diana and assured her that his eyes were only on her. The two ended up kissing, with him promising to clarify his intentions to Corrina. After the latter had talked to the Roppo siblings about what had happened, he and Diana started to date in earnest. Having met their match, the couple decided to help Nina and Kieran, yet all changed with the arrival of the Perfettos and the Taneris.

Since Alara first laid her eyes on Kieran, she was sure about pursuing a relationship with him. In fact, during a game of Pass the Parcel, she even kissed him on the cheek to state her intentions. Yet, when Kieran was asked to kiss someone on the lips, he chose Nina, which led to a relationship between Nina and Kieran and a rivalry between her and Alara. The Parsijani twin was quite upset with Kieran’s refusal to stop the latter’s affections and was further angered when Ceylan Taneri chose him as his sister’s date after completing a secret task. 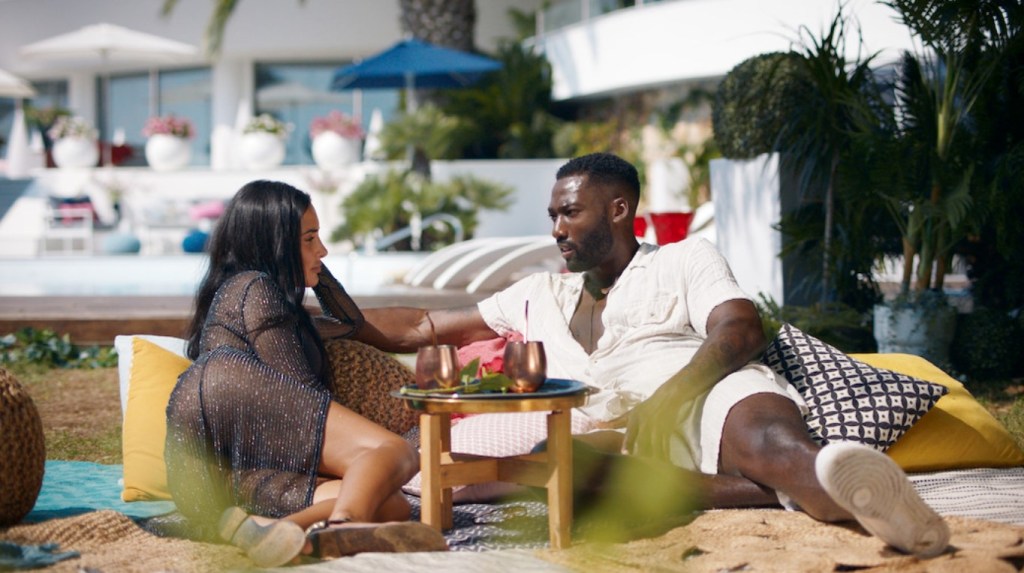 After the date, Nina and Kieran had a heated discussion, with her stating that this was it for the two. His intentions to talk later once the tempers had cooled down were disrupted by the arrival of Henry and William Wade, who decided to choose the Parsijanis for their first double date in the villa. Diana clearly stated that she was spoken for during the date, though Nina claimed she was single.

After Nina’s date, Kieran conversed with her, ending with the two getting back together. The news reached Henry, who confessed to the Bishop twin what she had said about her relationship status. An upset Kieran confronted Nina, and the latter claimed that she did not stop Henry’s attempts because he had not stopped Alara from doing so. This led him to break up with her, but the Parsijani sister’s romantic journey was far from over. 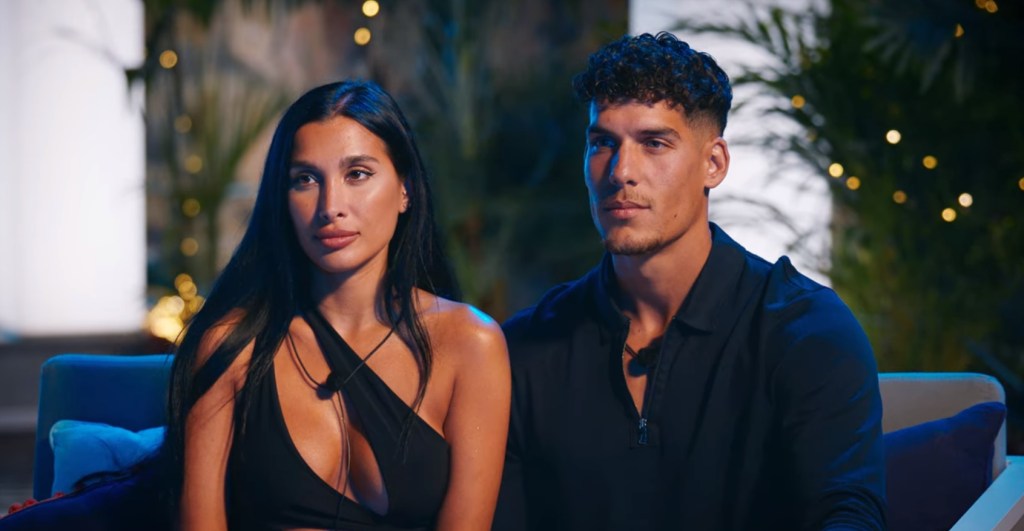 Daniel Perfetto, who was in a tentative relationship with Corrina, decided to pursue his feelings for Nina, which the latter became aware of thanks to his sister, Julia. During the Lady’s Choice Prom Night, Nina asked him to be her date, which he gladly accepted and marked the start of her new relationship. Shortly after, Kaz decided to confess the depth of his feelings to Diana with Kieran’s help. In a beautiful romantic setting involving rose petals, placards, and some corny jokes, he told her that he loved her and asked her to be his official girlfriend.

Naturally, Diana was over the moon by the development and happily consented to the proposal. She and Nina were among the top 3 couples, thanks to their relationships with Kaz and Daniel. The decision to declare a victor rested upon the eliminated siblings, who ultimately decided to crown Kaz and Diana the champions. Given their happy endings, the fans are curious to know what the Parsijani twins are up to nowadays and if they are still with their final partners from the show. If you are in the same boat, we have just what you need!

Where Are Diana And Nina Parsijani Now? 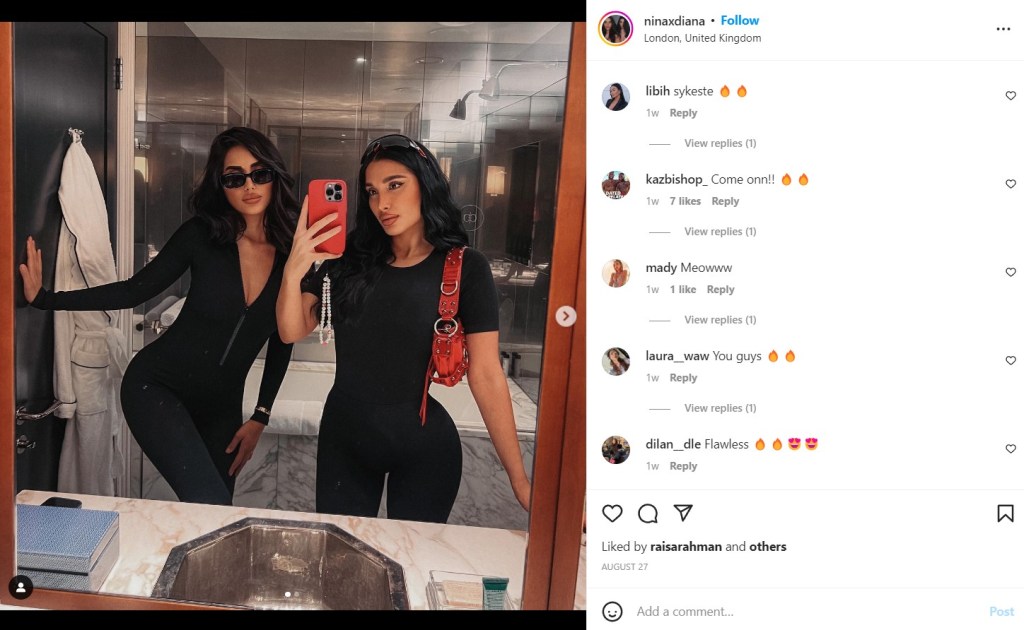 As of writing, Diana and Nina live in London and seem pretty happy with their lives. The twins have Norwegian-Iranian ancestry and work as jewelry specialists. Their strong bond witnessed in the show seems to have retained its strength, and the sisters even have a shared Instagram account. While the sisters have not revealed much about the current status of their relationships, we have high hopes that Kaz is still in a relationship with Diana, and Nina might still be with Daniel, based on their interactions on social media.

The Parsijanis are on their way to making a mark in the entertainment industry, thanks to their performance in the Netflix show. Their shared account has an impressive following that has seen a significant boost since the two were revealed to be a part of ‘Dated & Related.’ We wish Diana and Nina the best in their lives and hope they have a wonderful future ahead.

Read More: 7 Shows Like Dated & Related You Must See