Directed by Nick Cassavetes, ‘John Q‘ is a thriller movie that follows John Quincy Archibald’s desperate attempts to save his son Michael from a fatal heart condition. The doctors inform John and his wife Denise that they need a down payment to put Micheal’s name on an organ receiver list. However, the amount is too high for the family, so John decides to hold the people in the hospital hostage until Micheal is treated.

Apart from the gripping narrative, the movie boasts a phenomenal cast, including Denzel Washington, Robert Duvall, Kimberly Elise, James Woods, and Anne Heche. The film is a visual treat thanks to the locations and excellent cinematography. For those wondering where ‘John Q’ was lensed, here’s what we know!

Though mainly set in Chicago, Illinois, ‘John Q’ was primarily filmed in several cities across the Canadian provinces of Ontario, Alberta, and Québec. The city of Chicago also appears in the movie, along with Los Angeles, California. Principal photography for the film began on August 7, 2000, and was finished on November 3, 2000. Let’s take a closer look into the production spots of the thriller movie.

Toronto is one of the most well-known cities in Canada and serves as the capital of Ontario Province. The crew of ‘John Q’ set up shop in the city to lens several scenes for the movie. The Whitney Block is a building located at 99 Wellesley Street West that was used to depict the exterior for offices like Premier. Another famous Toronto building in the movie is Hepburn Block at 80 Grosvenor Street, featured as the hospital’s exterior where the action takes place. Fittingly, Hepburn Block is home to the Canadian Ministry of Health and Long Term Care.

The Superior Court of Justice Courthouse at 361 University Avenue was used to capture John Q’s trial. The movie’s ending scene shows a police car driving down a street; it was lensed on Bay Street, with Toronto Old City Hall, situated at 60 Queen Street West, visible in the background.

Hamilton is a port city situated on the coast of Lake Ontario. Its harbors can be seen on multiple occasions in ‘John Q.’ The city is located close to Toronto and has a rich history dating back to pre-colonial times. Movies such as ‘Nightmare Alley‘ and ‘Firestarter’ have also been shot in Hamilton.

Located on the confluence of the Grand and Speed rivers, the city of Cambridge is in the province of Ontario. The Babcock & Wilcox Plant at 75 Savage Drive doubled up as the factory where John worked. The company that owns that plant in real-life is a renewable, environmental and thermal energy technologies and service provider. ‘The Handmaid’s Tale‘ and ‘The Queen’s Gambit‘ are other projects lensed in Cambridge.

Oshawa is a bustling city lying on the north shore of Lake Ontario, close to Toronto. The scenes within the Archibalds’ house in ‘John Q’ were captured in this city. Other productions that happened in Oshawa include ‘Station Eleven‘ and ‘Murdoch Mysteries.’

Part of the Durham Region, Clarington is a small municipality in Ontario. As per sources, the heart-wrenching scene depicting Michael’s collapse during a baseball game was seemingly shot in the hamlet of Solina within Clarington. ‘The Last Chase’ and ‘Wind at My Back’ were also filmed in the municipality.

Located 13 km from the eastern boundary of Toronto on the coast of Lake Ontario, Ajax is a small town within Ontario that was used to film a few scenes for ‘John Q.’ Interestingly, it gets its name from a Royal Navy cruiser that served in World War II. Apart from the Denzel Washington starrer, movies such as ‘X-Men’ and ‘Bloody Romeo’ were also produced in the charming town. 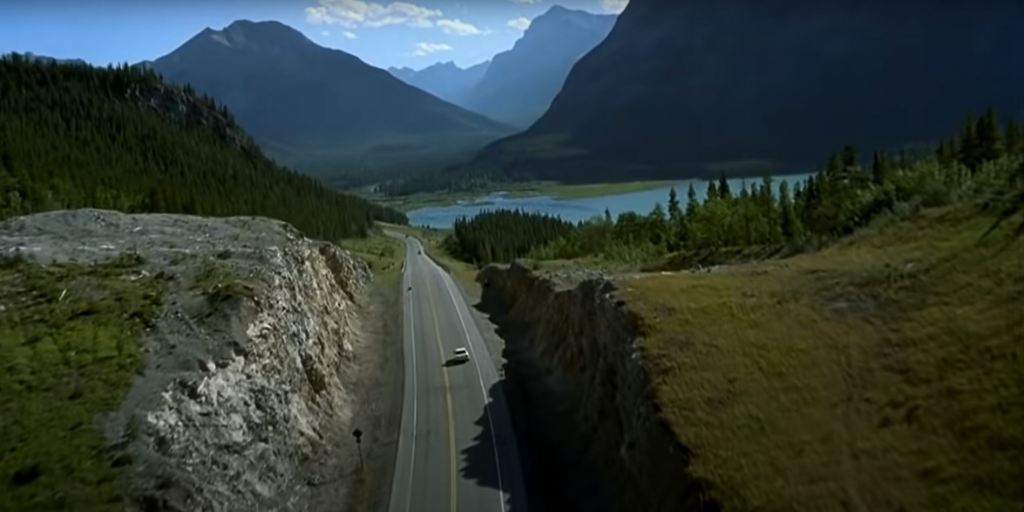 Nestled in the Bow Valley within Alberta’s Rocky Mountains, the production team chose the charming town of Canmore to depict the rural beauty of Illinois in ‘John Q.’ It has been home to several productions, like ‘Interstellar’ and ‘The Revenant.’

The beautiful city of Calgary forms the center of the Calgary Metropolitan Region (CMR) in Alberta. Located between the Rocky Mountains and the Canadian Prairies, its picturesque landscape attracted the scouting team of ‘John Q,’ which is why they decided to shoot a few scenes within the area. The town of Cochrane within the region is one of the prominent shooting spots for the thriller movie. A few other productions that visited CMR for filming purposes are ‘Ghostbusters: Afterlife‘ and ‘Fargo.’

Montréal, the capital city of the province of Québec, was also used to lens a few scenes for ‘John Q.’ It has a rich history and culture with great financial significance in Canada. Apart from the thriller drama film, several other productions, like ‘Moonfall‘ and ‘Tom Clancy’s Jack Ryan, have used the city as a backdrop for their narrative.

Given that ‘John Q’ is set in Chicago, a few scenes were shot in the city to provide authentic backdrops for the audience. The city is located on the coast of Lake Michigan and is the capital of Illinois. Over the years, the city has served as a filming site for several big productions, such as ‘The Batman‘ and ‘Top Gun.’

The heart of Hollywood, Los Angeles, California, has served as a filming location for many American movies, including ‘John Q.’ With its multiple studios and varied backdrops, the city has provided many productions with appropriate settings for their films. Some of the movies captured in LA include ‘The Unbearable Weight of Massive Talent‘ and ‘Spider-Man: No Way Home.’