Who is White Tiger on ‘The Masked Singer’? 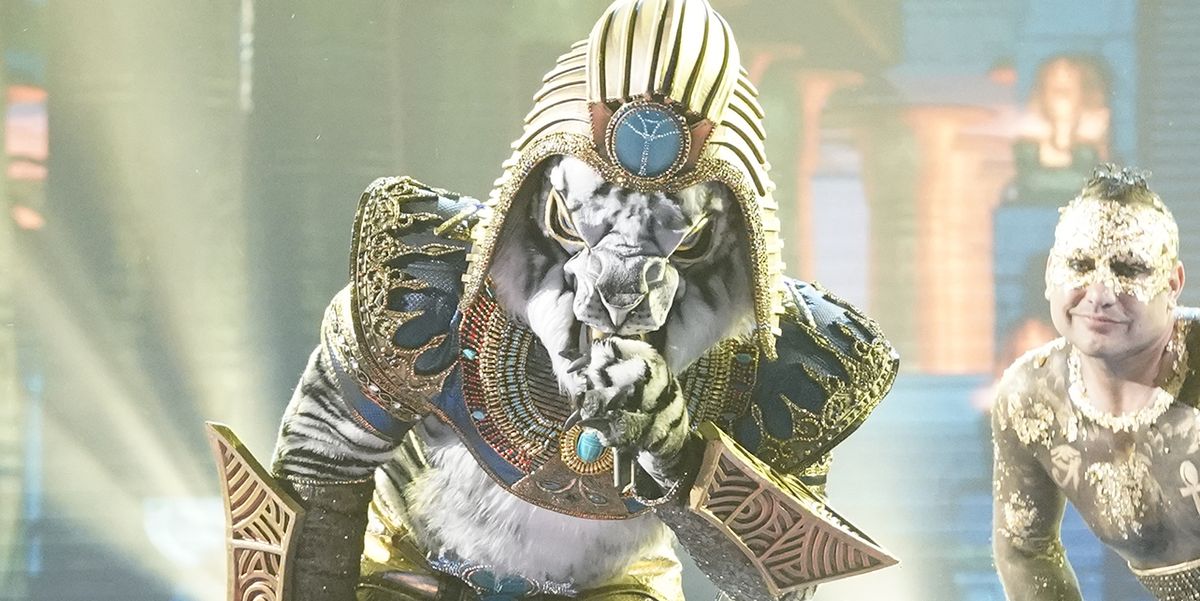 ‘The Masked Singer‘ Season 3 is off to a solid start, and we have been introduced to our roster of performers in the first episode. Among them are Kangaroo, Turtle, Miss Monster, Llama, Robot (who has been eliminated), and White Tiger.

While the performances have been powerful in their own way, White Tiger kicks off the show with an eye-grabbing appearance, thanks to the powerful costume. His performance of Vanilla Ice’s iconic ‘Ice Ice Baby’ kickstarts the new and exciting season of ‘The Masked Singer’. There have been some clues given out, and guesses thrown about, regarding who White Tiger might be.

However, since he does not face elimination yet, we cannot know for sure who’s behind the mask. In the meanwhile, let us bring you the clues and guesses surrounding the identity of White Tiger.

White Tiger is the first performer on the show, and what better way to introduce the character, than with the memorable Survivor song, ‘Eye of the Tiger’. White Tiger’s strengths and weaknesses are its extreme rarity, and catnips, respectively.

Right off, Nicole Scherzinger remarks that he is massive. Indeed, the performer towers over Nick Cannon, who is around 6 feet himself. He introduces himself, saying that he sought out perfection his entire life, leading him to choose the powerful White Tiger costume.

Ken Jeong and Jenny McCarthy both observe that the White Tiger is strong and athletic. However, the performer admits that despite having an illustrious career full of accomplishments, he is a ‘scardey cat’ when it comes to performing on stage.

The only other clue we see is a clam shucking trophy, as the White Tiger says that his fans have motivated him to take the stage. It is evident from his rendition of ‘Ice Ice Baby’, however, that White Tiger is neither a singer nor a stage performer. You can check out the performance below.

Ken Jeong, known for his hilariously wrong deductions, guesses that White Tiger is John Cena. Jeong arrives at this conclusion, by linking clams to New England, therefore, guessing that it means Boston. Moreover, White Tiger’s eagerness to step into the ring is believed to be a wrestling reference.

For Jeong, the guess is a personal one, since Cena had thrown Jeong out of the ring once in WWE. The panelist believes that the show has brought the wrestler-turned-actor to take a jibe at Jeong. Nicole fixates on clam shucking too, which is a solid clue. However, the former Pussycat Dolls member believes that White Tiger might be Jason Momoa, and the clam shucking trophy might be an Aquaman reference.

Jamie Foxx, the guest judge, first hits upon the possibility of it being Tyler Perry, but quickly discards it, believing he would have performed something soulful. Going by the fact that ‘Ice Ice Baby’ is something Foxx’s ‘white homies’ like, he hits upon Rob Gronkowski as a guess.

Foxx’s guess is rather good because most judges agree that White Tiger must have some athletic background. Moreover, Nick says that Group A performers have 9 Super Bowl trophies among them. It would also make sense to kick off the episode after the Super Bowl, with a Super Bowl champion.

Going by White Tiger’s height, we believe there is a good chance that he might be Dwayne Johnson. Dwayne did voice a pregame hype video for the Tigers, the Louisiana State University football team. Moreover, Dwayne’s ‘Jumanji‘ movie, became Egypt’s number one film of all time, which would explain why costume designer, Marina Toybina, believes the costume to be ‘perfect’ for the celebrity.

Johnson also started out, as a WWE wrestler, so the clue of stepping back in the ring makes sense. The introductory track would suggest a connection to fighting as well, since ‘Eye of the Tiger’ has been popularized by the ‘Rocky‘ movies.

Panelists Robin Thicke and Jenny McCarthy have reserved judgment for now. It remains to be seen what clues are unveiled in the upcoming episode, and what more we know about White Tiger, by then. From where we stand now, Dwayne Johnson or Rob Gronkowski sound like pretty good guesses.