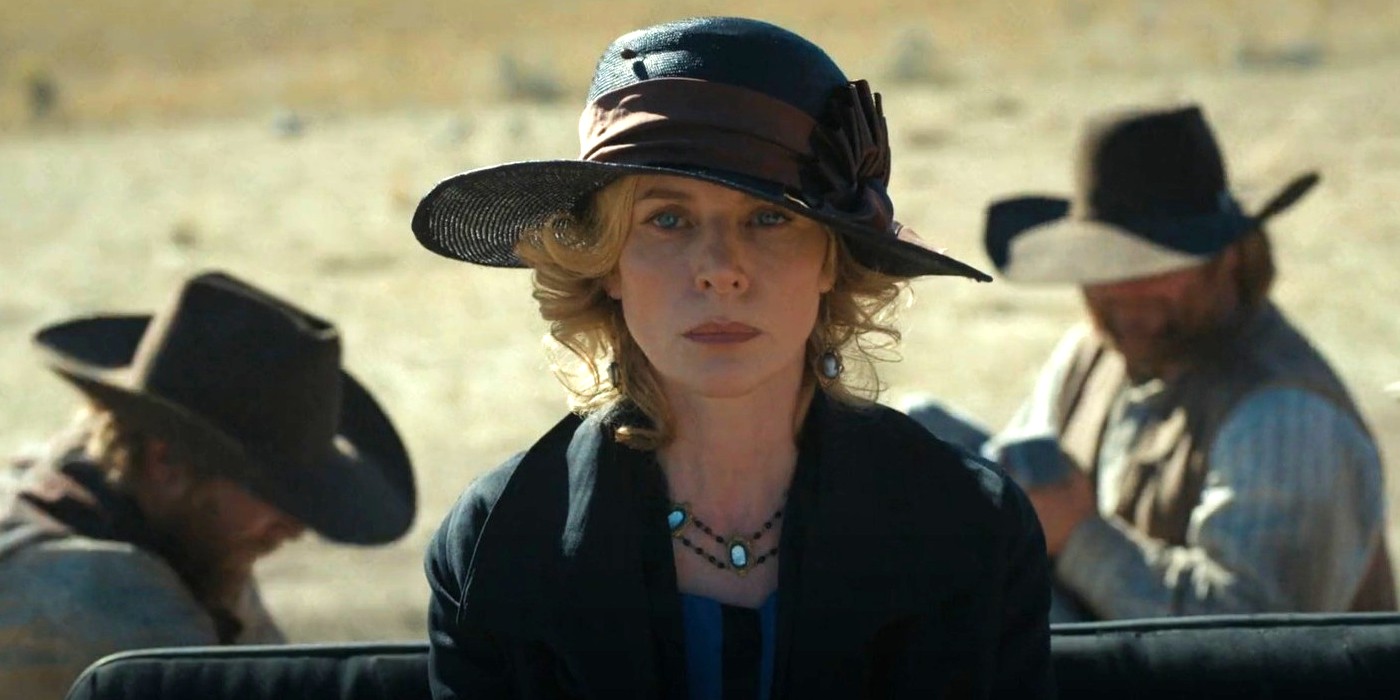 Paramount+’s ‘1923’ expands the universe of ‘Yellowstone‘ by detailing the backstory of the Dutton family, the owners of the Yellowstone Ranch. The series follows the Duttons as they face the socio-economic struggles of their era while protecting their ancestral ranch. In the series, the Duttons have several foes, but the Strafford family is one of their allies. The fourth episode of the series introduces viewers to Mrs. Strafford, who adds a new conflict to the story. If you are looking for more details about Mrs. Strafford and the actress who plays the character in 1923,’ here is everything you need to know! SPOILERS AHEAD!

Who is Mrs. Strafford?

Mrs. Strafford first appears in the fourth episode of ‘1923,’ titled ‘War and the Turquoise Tide.’ In the series, the Strafford family is the neighbor of the Duttons, the protagonist. The first episode introduces viewers to Bob Strafford (Tim DeKay), who is a friend of Jacob Dutton (Harrison Ford). Mrs. Strafford is the wife of Bob Strafford, and her full name is Beverly Strafford. She is the mother of Elizabeth “Liz” Strafford (Michelle Randolph). Elizabeth is engaged to Jack Dutton (Darren Mann), the grand nephew of Jacob Dutton, and the couple is planning to get married soon. 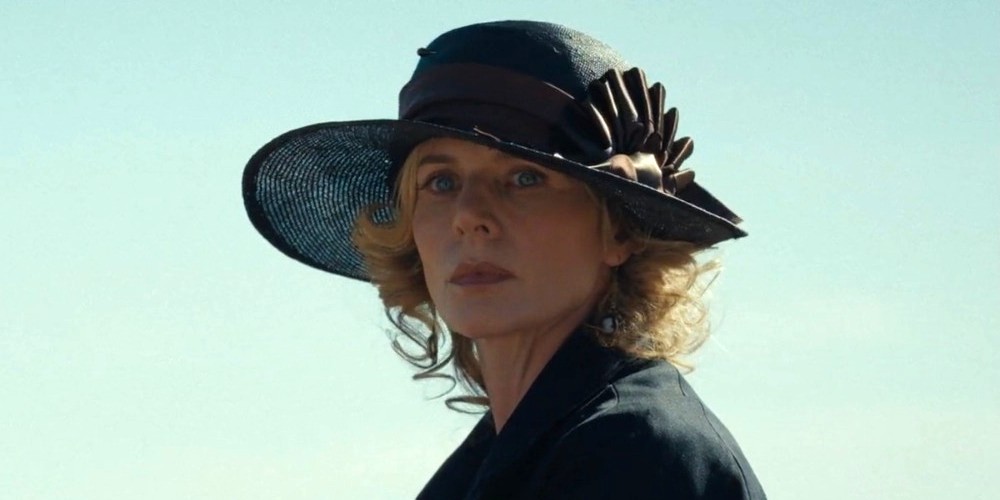 In the fourth episode, Beverly arrives at the Yellowstone Dutton Ranch after Elizabeth is injured during an attack on the Dutton family. The third episode, titled ‘The War Has Come Home,’ sees the Dutton family being attacked by Banner Creighton (Jerome Flynn) and his men while returning home from a visit to the town. In the ensuing gunfight, Beverly’s husband, Bob Strafford, is shot and dies along with Jack’s father, John Dutton Sr. As a result, Beverly is devastated and wants her daughter to go away from the Duttons. However, Elizabeth refuses and accepts the Yellowstone Ranch as her new home. Therefore, Beverly is forced to return home with the corpse of her husband.

In ‘1923,’ actress Jessalyn Gilsig essays the role of Beverly Strafford. Born in Montreal, Canada, Gilsig is a Canadian actress who began her career as a voice actress at the age of 12. Gilsig attended McGill University in Montreal before pursuing a degree in Institute for Advanced Theater Training at Harvard University. She later moved to New York City to start a career in the acting field, beginning with stage plays. Gilsig made her screen debut in 1989 and rose to prominence with her performance as Lauren Davis in the drama show ‘Boston Public’ created by David. E. Kelly.

Gilsig gained wider recognition for her role as Gina Russo in the medical drama series ‘Nip/Tuk’ which aired from 2003 to 2010. However, the actress is arguably best known for playing Terri Schuester in the musical drama series ‘Glee.’ Some viewers might recognize Gilsig from her performance as Siggy in ‘Vikings,’ the historical drama series based on the life of legendary Viking Ragnar Lodbrok. More recently, the actress appears as Holly Barrett in the sports comedy ‘Big Shot‘ opposite John Stamos. Gilsig is credited as a guest star in the fourth episode of ‘1923,’ but could appear in future episodes.