Talia Osteen’s ‘Sex Appeal’ is a sex comedy film that revolves around the sexual misadventures of Avery Hansen-White (Mika Abdalla). Academically brilliant and supremely confident, Avery decides to combat her sexual naivety by creating a scientific sex help app and practicing foreplay with her best friend, Larson (Jake Short), to get ready for her first time with her boyfriend, Casper (Mason Versaw).

The teen movie attempts to destigmatize the topic of sex and encourages insightful conversation about sexual pleasure and health amongst parents, teenagers, and teachers. Additionally, it challenges long-established tropes in order to put forth a novel yet realistic representation of high school. Raunchy, educational, and exaggeratedly hilarious, the movie is a lighthearted and entertaining watch. If you enjoyed the comical plot, wholesome characters, and cheeky dialogues of ‘Sex Appeal,’ we have some fantastic recommendations for you. You can watch most of these movies similar to ‘Sex Appeal’ on Netflix, Hulu, or Amazon Prime.

Directed by Olivia Wilde, ‘Booksmart’ revolves around two best friends, Amy and Molly. Realizing that they should have had more fun in high school, Amy and Molly set out to interact with their peers and have a blast. Drugs, kissing, puking, lesbian romances, and serial killers — this highly entertaining buddy comedy starring Beanie Feldstein and Kaitlyn Dever has it all.

Similar to Avery in ‘Sex Appeal,’ Amy and Molly are academically accomplished and intelligent students who consider themselves to be better than their classmates. However, they quickly realize the error of their ways and try to make an effort to establish new bonds and cherish old ones on their final day of high school. Both Osteen and Wilde’s movies also humorously highlight the perils of sticking too closely to stereotypes.

Starring Kathryn Newton, Gideon Adlon, Geraldine Viswanathan, and John Cena, ‘Blockers’ is a sex comedy directed by Kay Cannon that looks at the hilarious dynamic between parents and teenagers when it comes to sex. Julie, Kayla, and Sam plan to lose their virginity on prom night, and their horrified parents are ready to do anything to stop them.

In ‘Sex Appeal,’ we see how Avery is uncomfortable talking about sex to her mothers even though they are extremely supportive and comically sex-positive. In ‘Blockers,’ we see how the girls are unwilling to converse with their loving but overprotective parents about sex. In both movies, the teenagers also realize that it’s important to communicate openly during sexual activities and stay true to one’s preferences. 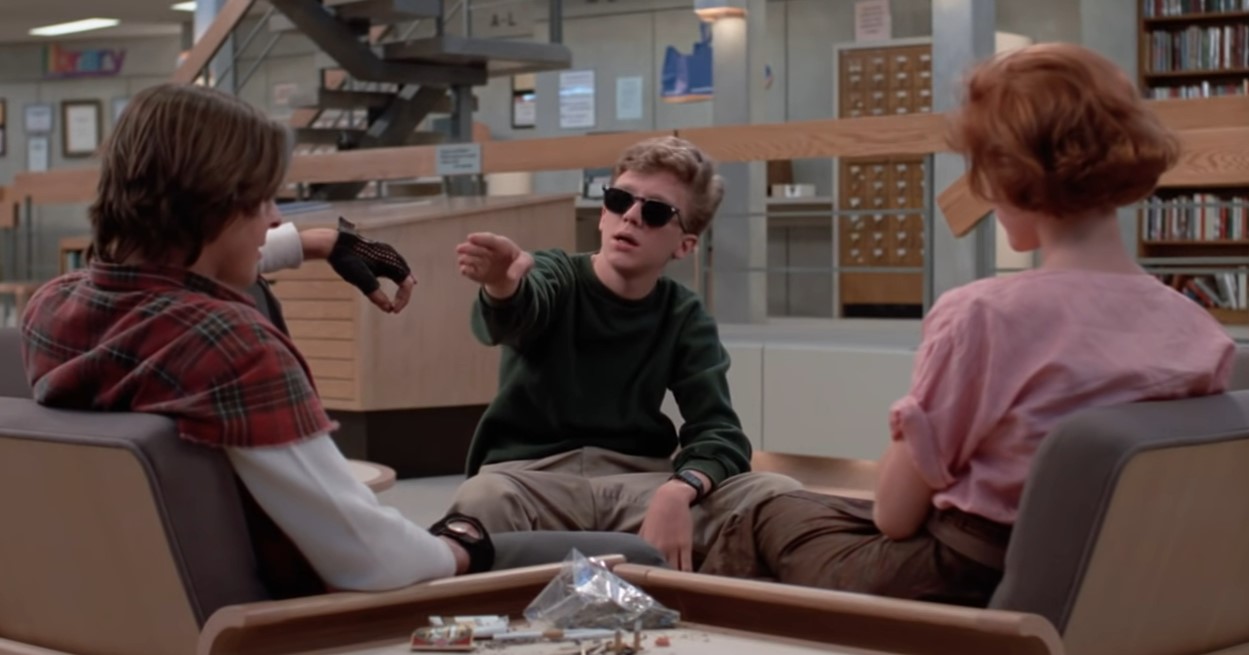 A cult classic, ‘The Breakfast Club’ by John Hughes is a coming-of-age film that focuses on five teenagers who are forced to spend detention together. Claire, Andrew, Brian, Allison, and John hail from different high school cliques and are initially unable to get along.

Starring Emilio Estevez, Ally Sheedy, and Molly Ringwald amongst others, the film eventually sees the five teens opening up to each other. Just like Avery in ‘Sex Appeal,’ the high schoolers realize how superficial the stereotypes they believe in are and begin to see each other in a new light. The critically acclaimed film touches upon themes of identity, parental pressure, class divide, bullying, and mental health.

Based on Kody Keplinger’s 2010 novel of the same name, ‘The DUFF’ follows the story of Bianca Piper, who finds out that her peers see her as the “Designated Ugly Fat Friend.” Despite having two great best friends, Bianca distances herself and tries to stop being a DUFF by taking the help of a friendly jock named Wesley.

Directed by Ari Sandel and starring Mae Whitman, the teen comedy set in Atlanta explores the identity crisis faced by teenagers in high school. In ‘Sex Appeal,’ Avery dates Casper because he shares her academic acuity and in ‘The DUFF,’ Bianca has a crush on Toby because he plays the guitar and is considered cool. Once both teens change their perception of themselves and others, they realize that what their hearts actually desire is different from what they think they should desire.

‘Plan B’ is Hulu’s road trip film directed by Natalie Morales that follows Sunny and Lupe as they try to obtain an emergency contraceptive pill for the former. As they drive to the nearest Planned Parenthood, the teenagers encounter a series of chaotic events involving drugs, alcohol, fake IDs, and high school crushes.

Like ‘Sex Appeal,’ the comedic ‘Plan B’ addresses how taboo the topic of sex is — instead of asking her mother for help, Sunny decides to go to another town in order to buy the morning-after pill she needs. Both movies emphasize the destigmatization of the topic of sex and encourage healthy conversations regarding the same between parents and teenagers. Using humor, both films touch upon themes of friendship, queerness, identity, and teenage abandon. 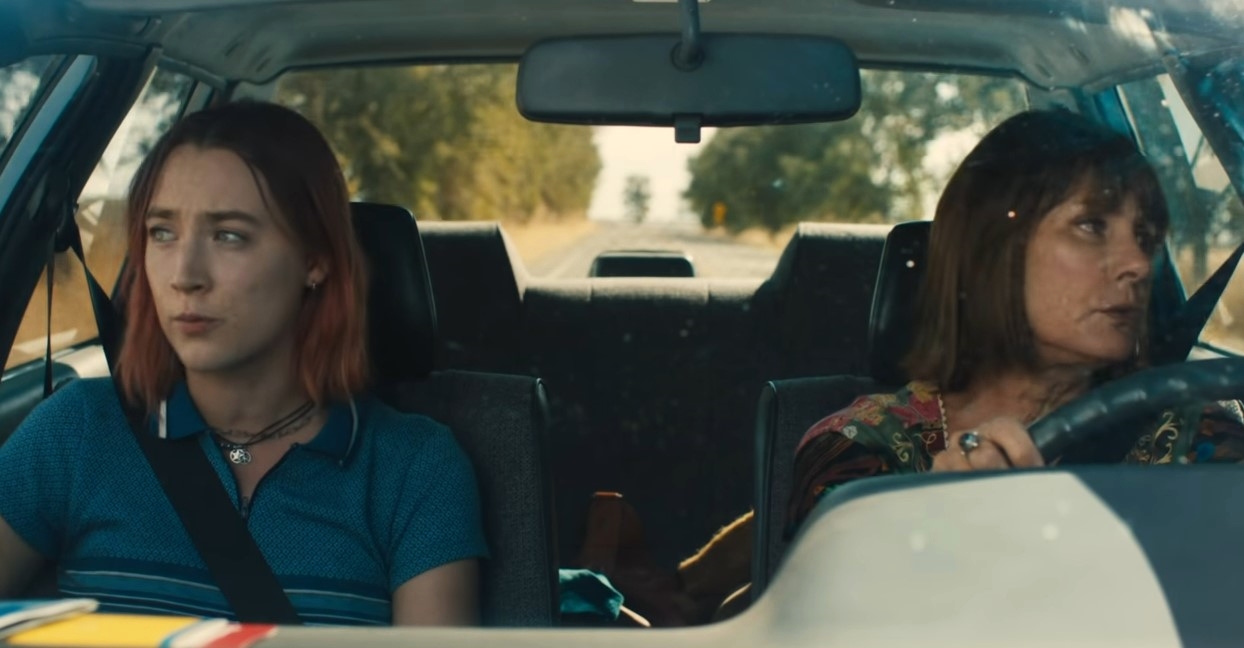 Ronan’s Ladybird is a high school senior who desperately wants to get accepted into a college on the East Coast whilst Abdalla’s Avery from ‘Sex Appeal’ considers her early acceptance into MIT her greatest achievement. Thus, we see how academic goals inform the choices and personalities of teenagers. Avery pursues academia because it’s what she’s good at whilst Ladybird sees college as a means of escape. Plus, both Ladybird and Avery end up having sexual encounters because they believe that they are a necessary part of adolescence.

‘Easy A’ dives deep into the misadventures of Olive Penderghast. Directed by Will Gluck and starring Emma Stone, the classic comedy-drama explores how Olive lies about having sex with her gay best friend for his sake and ends up earning the reputation of being an “easy” high schooler. However, Olive uses her wrongly sexualized image to her own benefit.

Both ‘Sex Appeal’ and ‘Easy A’ touch upon the unhealthy perception of sex held by teenagers in high school. Additionally, the protagonists of both the films use technology in very specific ways — Avery makes a sex app whilst Olive uses her webcam to document her experience (or lack thereof) with the idea of sex and her interactions with her peers. Both films celebrate the fact that sex can be pleasurable but also emphasize that it isn’t a requirement for everyone or a means to judge people’s characters.