8 Movies Like 7 Women and a Murder You Must See 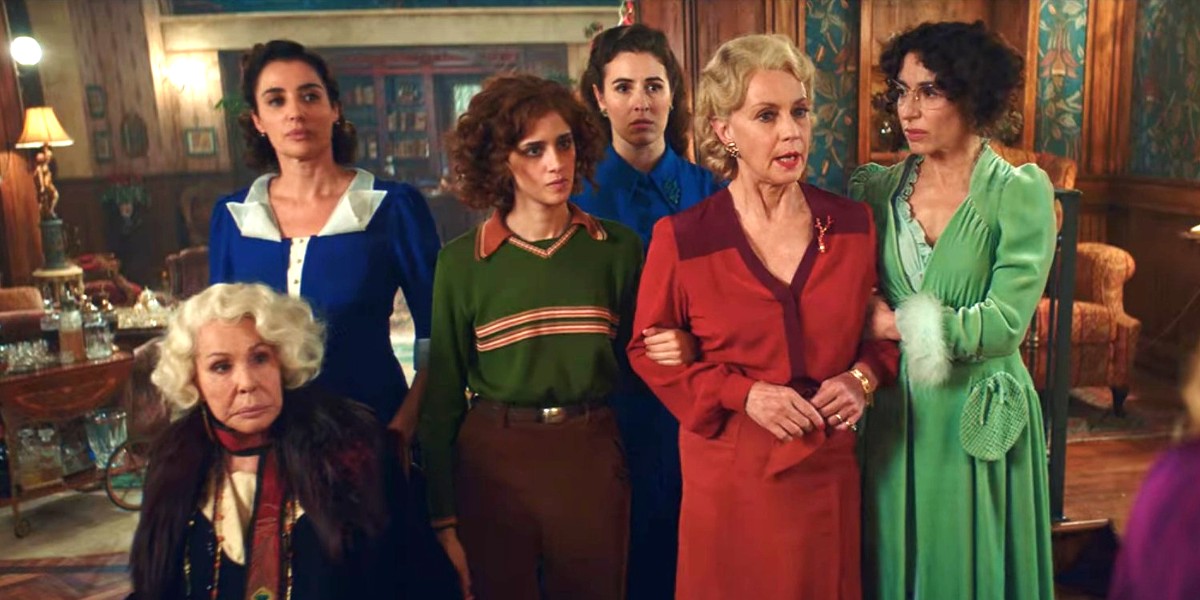 Netflix’s ‘7 Women and a Murder‘ (also known as ‘7 Donne e un Mistero’) is an Italian mystery comedy movie directed by Alessandro Genovesi. The holiday-themed film is based on director François Ozon’s ‘8 Women’ that itself is based on Robert Thomas’ 1958 French play ‘Huit Femmes.’ The movie follows seven women who discover that their family patriarch has been murdered, and they are all suspects in the case. If you watched the movie and enjoyed its dark humor and family-friendly murder mystery, you must be looking for similar options to stream. In that case, here is a list of similar movies we hope you enjoy. You can watch most of these movies, similar to ‘7 Women and a Murder,’ on Netflix, Amazon Prime, and Hulu!

Let’s kick off the list with an all-out comedy mystery movie that challenges the tropes of the whodunnit genre. The 2019 Kyle Newacheck directorial ‘Murder Mystery‘ stars Adam Sandler and Jennifer Aniston in the lead roles. The film revolves around Nick Spitz, a New York City police officer, and Audrey, his murder mystery novel enthusiast wife. After the couple’s vacation sees them roped into a murder mystery, Nick and Audrey must rely on their knowledge of whodunnits to prove their innocence. The smartly-plotted mystery has all the elements of a classic Agatha Christie novel and will give viewers a modern take on the genre’s tried and tested tropes that we witness in ‘7 Women and a Murder.’ Therefore, viewers will find ‘Murder Mystery’ entertaining. 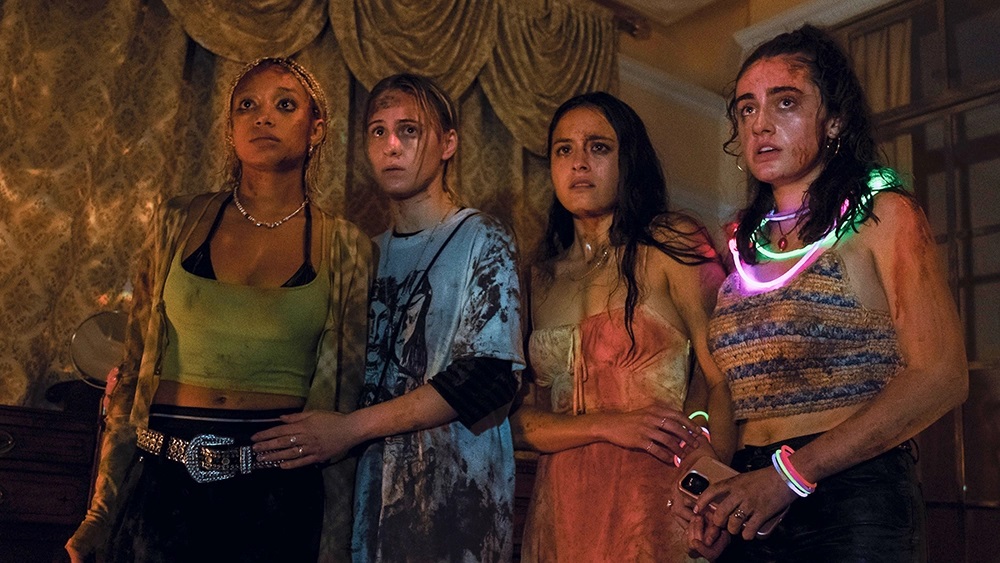 ‘Bodies Bodies Bodies‘ is a black comedy film with slasher elements directed by Halina Reijn. It tells the story of a group of 20-somethings getting stuck in a mansion during a hurricane. However, a party game leads to one of them dying, and the group is forced to suspect each other to find the killer. Like ‘7 Women and a Murder,’ most of the film takes place inside a single setting and forces its characters to turn on each other. As a result, the complex dynamics and secrets of the characters in both films unfold in a similar fashion. Hence, viewers who enjoy a little slasher fun with their mysteries will enjoy ‘Bodies Bodies Bodies.’ 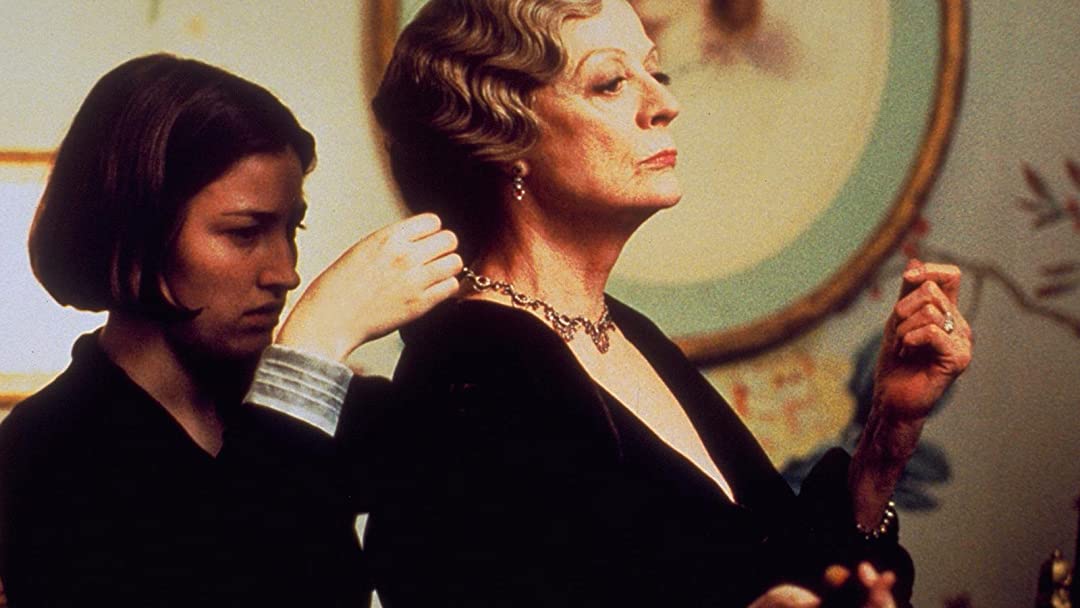 Directed by Robert Altman, ‘Gosford Park’ is a satirical black comedy mystery film released in 2001. It features an ensemble cast including Eileen Atkins, Bob Balaban, Charles Dance, Stephen Fry, Michael Gambon, Richard E. Grant, Helen Mirren, and Maggie Smith. It follows a group of wealthy folks who gather at an English country house for a shooting weekend. However, when one of them is murdered during a dinner party, the weekend takes a dark turn. The film’s basic premise is similar to ‘7 Women and a Murder,’ except the characters are not related to each other. However, both films deal with the themes of greed and adultery, making ‘Gosford Park’ worth your time. 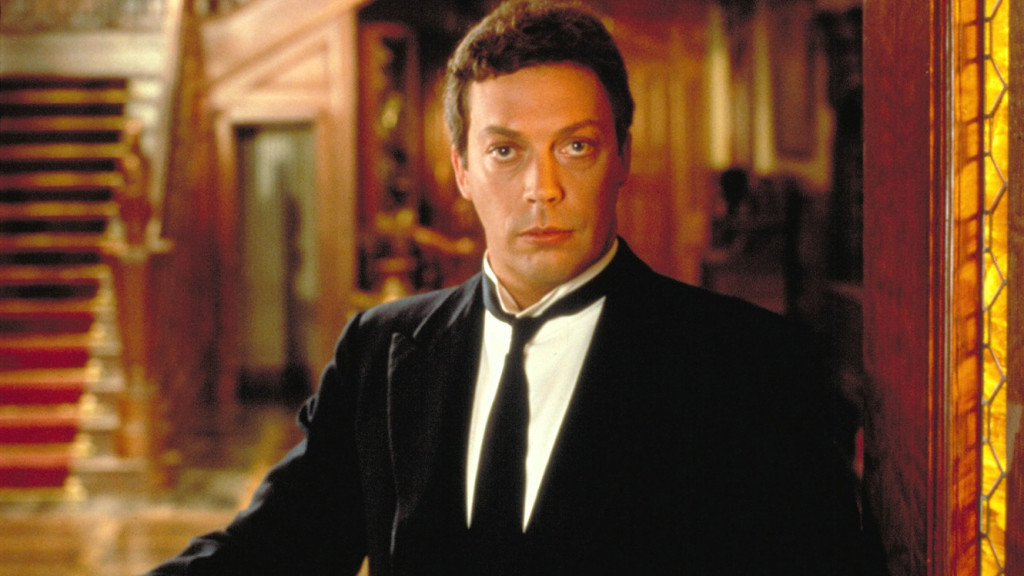 ‘Clue’ is a mystery black comedy film directed by Jonathan Lynn. It is based on the board game of the same name and stars Eileen Brennan, Tim Curry, Madeline Kahn, and Christopher Lloyd in the lead roles. It follows six blackmail victims invited to an isolated mansion. With a dark secret from each of their past and a mysterious killer at large, the individuals must find the killer before they all become victims. The film will give viewers a retro murder mystery vibe with a touch of dark humor, making it reminiscent of ‘7 Women and a Murder.’ Interestingly, the movie has three endings and has achieved cult status, making it a unique experience for mystery lovers. 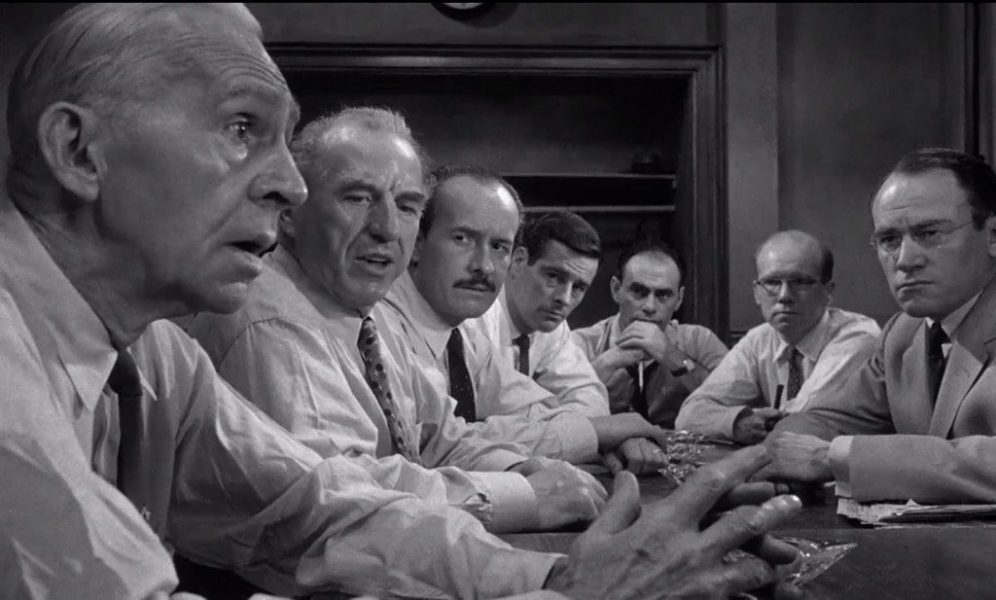 While not a traditional murder mystery, ‘12 Angry Men‘ follows one key principle to ‘7 Women and a Murder.’ The courtroom drama film, directed by Sidney Lumet, is based on a 1954 teleplay of the same name by Reginald Rose. It revolves around a jury of 12 men who must decide whether to convict or acquit a teenager charged with murder. Although there is no mystery around the killer’s identity, most of the movie takes place in a single setting, and the central conflict is resolved through discussion and deliberation as the characters deeply reflect on the morality of a crime like murder, much like ‘7 Women and a Murder.’ Often regarded as one of the best films ever made, ’12 Angry Men’ is one that cinema affeciandaos cannot miss.

‘Death on the Nile’ is as classic as murder mystery films come, with the Kenneth Branagh directorial being an adaptation of Agatha Christie’s seminal 1937 novel of the same name. It is a sequel to Branagh’s 2017 film ‘Murder on the Orient Express‘ and features an all-star cast including Annette Bening, Russell Brand, Ali Fazal, Gal Gadot, Armie Hammer, and Rose Leslie. The plot centers on Hercule Poirot, a Belgian detective who must solve a murder on board a glamorous river steamer. Similar to ‘7 Women and a Murder,’ the film sees characters closest to the victim suspected of murder. Moreover, both movies are set in the 1930s and feature intriguing interpersonal character dramas interlinked by their secrets. 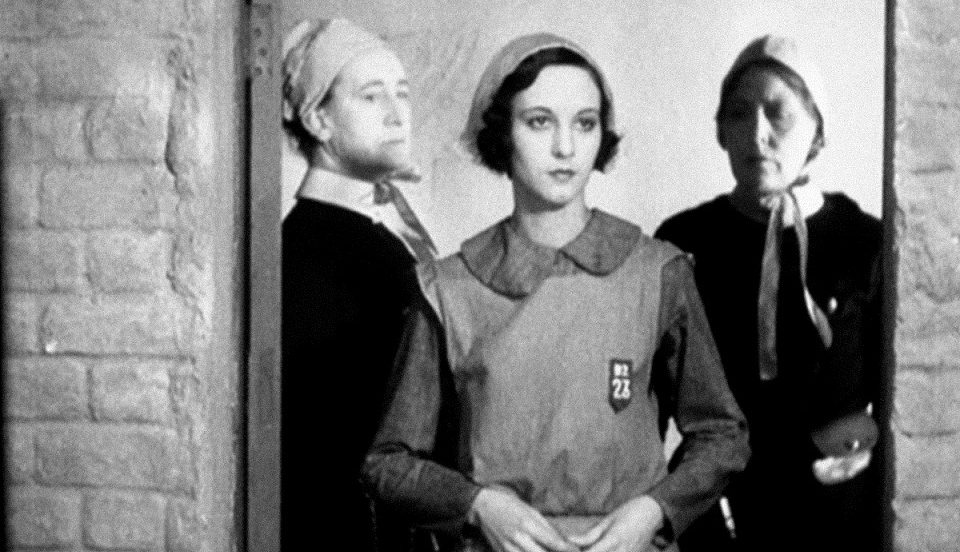 Directed by Alfred Hitchcock, ‘Murder!’ is a thriller film based on the 1928 novel Enter Sir John by Clemence Dane and Helen Simpson. The 1930 film focuses on the murder of actress Edna Druce as juror Sir John Menier tries to find the truth about the case. Druce’s colleague, Diana Baring, is inexplicably found with the murder weapon, but Sir John remains convinced that she is innocent. A trail of clues and evidence uncovers dark secrets that impact Diana’s entire touring company. The complex family dynamics in ‘7 Women and a Murder’ are replaced with those between the performers and members of the touring company leading to a compelling murder case. Moreover, Hitchcock’s influence on ‘7 Women and a Murder’ warrants a viewing of this classic film.

‘Knives Out‘ is a mystery film written and directed by Rian Johnson. It stars Daniel Craig, Chris Evans, Ana de Armas, Jamie Lee Curtis, and Michael Shannon among an ensemble cast. It follows detective Benoit Blanc as he tries to solve the murder of Harlan Thrombey, a famous crime novelist. Meanwhile, all of Harlan’s relatives and his caretaker are under the needle of suspicion. With a basic premise and complex family dynamics similar to ‘7 Women and a Murder,’ the film is known for revitalizing the whodunnit genre. Moreover, with strong performances and a plot that subverts all expectations, ‘Knives Out’ makes for a perfect holiday season viewing.

Read More: Is Netflix’s 7 Women and a Murder Based on a True Story?