Is Uncharted Based on a True Story? 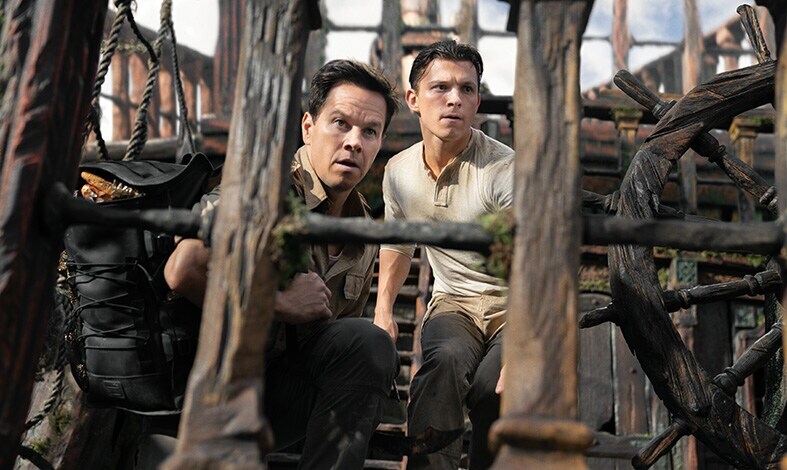 Directed by Ruben Fleischer (‘Zombieland’), ‘Uncharted’ is an action-adventure treasure-hunting film. It follows Nathan Drake (Tom Holland), a young fortune-hunter who discovers that his brother Sam has gone missing while looking for the treasure of the Portuguese explorer Ferdinand Magellan and his crew. Accompanied by fellow fortune hunters Victor “Sully” Sullivan (Mark Wahlberg) and Chloe Frazer (Sophia Ali), Nathan embarks on a grand adventure that takes him from the USA to Spain to the Philippines in search of the booty from the Magellan expedition, all the while battling the forces of Santiago Moncada (Antonio Banderas), the scion of the family that funded the Magellan expedition, and mercenary Jo Braddock (Tati Gabrielle).

Like most treasure hunting films, the mythology of ‘Uncharted’ is grounded in history. It’s one of the things that make films like these undeniably appealing for the audience. If the film’s close association with historical figures and past events has made you wonder whether it is based on a true story, this is what you need to know.

Is Uncharted a True Story?

No, ‘Uncharted’ is not based on a true story. It is the cinematic adaptation of the namesake game series developed by Naughty Dog and published by Sony Interactive Entertainment for PlayStation consoles. Rafe Lee Judkins, Jon Hanley Rosenberg, and Mark D. Walker originally wrote a story based on the game, and it was then turned into a screenplay by Judkins, Art Marcum, and Matt Holloway.

The game series was originally created by Amy Hennig. The Naughty Dog staff drew from several sources while developing Nathan as a character. He reportedly got his physical appearance and charm from daredevil and actor Johnny Knoxville and his grittiness and magnetism from actors like Bruce Willis and Harrison Ford. The inherent charisma of romantic and action-adventure stars such as Cary Grant is also mixed in there. Above all, they wanted the players to feel a sense of connection with the protagonist. So, Nathan has many characteristics that make him quite relatable.

“When we set out to do Uncharted, we decided we wanted to tackle one of these beloved action-adventure games in the spirit of this whole tradition,” Hennig stated in an interview. “We knew that in order to pull it off, we had to have a hero who was completely relatable, just a regular guy. So when people saw him and said, ‘Why do I want to play a guy in t-shirt and jeans’ that was a deliberate move on our part, to say look, he’s just a guy. He’s just like you and me. Maybe a little bit extraordinary in the sense that he’s got stronger fingertips.”

As mentioned above, the narrative of ‘Uncharted’ is built upon a solid historical foundation. Nathan and Sam are fictional descendants of Sir Francis Drake, a real 16th Century English explorer. The Magellan expedition also happened, even though emperor Charles V funded it, not the Moncada family as depicted in the film. It began at Sanlúcar de Barrameda, Spain, on September 20, 1519, and concluded on the same location nearly three years later, on September 6, 1522. The main objective of the expedition was to locate a western maritime route to the Spice Islands or the Moluccas because, at the time, the Portuguese had control of the eastern routes. The expedition is best known for the first complete circumnavigation of Earth. However, the treasure aspect of the story seems to be fictitious.

In a Forbes interview, Fleischer was asked about the influence on him of films like ‘Indiana Jones and the Raiders of the Lost Ark’ and whether that made him the perfect choice to direct ‘Uncharted.’ “I’m not sure how to answer that question, but I think there is a generation of filmmakers that are our age that was so inspired by the likes of classic directors such as Steven Spielberg, George Lucas, Robert Zemeckis, Joe Dante, and the films of Amblin, that it’s become cyclical,” the ‘Venom’ director said in response.

“We’re now kind of evoking some of those same spirits. To me, those movies of the 80s like Raiders and Back to the Future are the best movies ever made,” Fleischer stated. But apart from that, the director also cited various productions such as ‘Star Wars,’ ‘Midnight Run,’ and ‘Pirates of the Caribbean’ as his source of inspiration. Clearly, ‘Uncharted’ is not based on a true story. But it’s perfectly understandable if someone thinks it is.

Read More: Is Uncharted’s Victor “Sully” Sullivan Based on a Real Treasure Hunter?