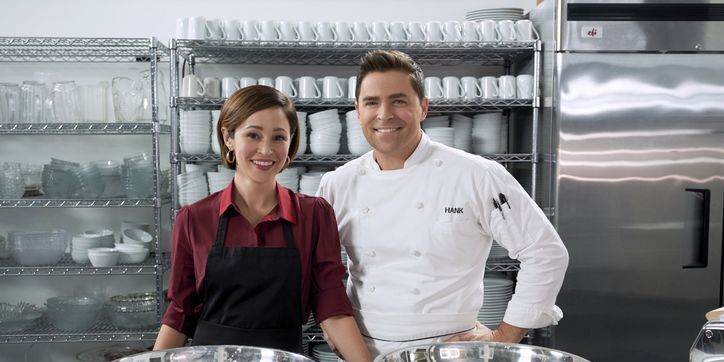 An Ellie Kanner directorial, ‘Love on the Menu’ is a romantic comedy that revolves around the lives of Hank and Maggie. Hank is a single dad and the owner of a renowned Italian restaurant, Osteria. His business is suffering as his once all-star rating has lost a few stars to food critics. Having read his cook book, a frozen food executive Maggie, suggests Hank’s food to her boss, who carves out a deal, offering Hank money for every recipe he contributes to their gourmet frozen food line, which he accepts.

Maggie genuinely admires Hank’s approach to cooking and his determination, and therefore agrees to help him improve his ratings. Will sparks fly between the two opposites as they collaborate on mission “save-the-restaurant” or will Maggie give in to her professional dilemma?

Love on the Menu Cast

The gourmet romance features ‘When Calls the Heart’ star Kavan Smith as the seasoned chef Hank, who is raising a daughter single-handedly while also striving to keep his business afloat. Kavan’s other works include ‘Smallville,’ ‘Supernatural,’ and ‘Dirk Gently’s Holistic Detective Agency.’ Autumn Reeser appears as Maggie, the savvy VP of Frozen Food international, who lends Hank a helping hand to save his ship from sinking. A Hallmark regular, Autumn is familiar to the Hallmarkies for her work in ‘Valentine Ever After,’ ‘Midnight Masquerade,’ and many others. Autumn’s other acting credits include ‘The O.C.,’ ‘Sully,’ and ‘Entourage.’

‘Love on the Menu’ is penned by the lead actor Kavan Smith, along with screenwriter Alex Wright. The movie has been lauded for its realistic storyline, combative chemistry and witty banter between the leads, and outstanding cinematography, which will make you go, “Wow! where was this filmed?” Well, we are here to help you with that.

Love on the Menu Filming Locations

Initially titled ‘Falling Stars,’ ‘Love on the Menu’ was filmed in Canada, which is known for its cinematic landscape and movie studios and therefore, serves as a real Mecca for all the cinephiles, Canada has produced many blockbusters like ‘Good Will Hunting,’ ‘Titanic,’ ‘Brokeback Mountain,’ ‘Twilight,’ etc.

Therefore, it’s no wonder that the location scouts for ‘Love on the Menu’ chose the country, as their filming location. The Valentine special wrapped up on December 21, 2018. Here are the specific filming locations.

Barbara Niven, who plays the film’s gray character, Andrea, took to her Twitter account, to share a picture of the beautiful Vancouver sunrise, on her way to work. Check it out!

Good morning! An amazing sunrise on the way to set right now. Hope you find amazing moments in your day today too. 🙏❤️ ⁦@hallmarkchannel⁩ #FallingStars pic.twitter.com/GlDYlyYIA2

All the restaurant sequences were shot in a hotel in Vancouver, British Columbia – the scenes that depict Hank and Maggie’s first meetup, Hank teaching Maggie how to prepare dishes from the “heart,” their altercation over the business deal, were all filmed on an indoor set in Vancouver.

Autumn Reeser, who plays Maggie, shared a few pictures where she is thanking the cast and crew for their contribution to the film. If you notice the caption closely, she mentions the famous Sutton Place Hotel, therefore our best guess is that the above-mentioned scenes were shot there.

Here’s another one, with the director Ellie Kanner.

Yvonne Chapman, who plays chef Emma Wong in the film, took to her Instagram handle, to share a fun pic from the set.

The scene where Hank, Maggie and Hank’s daughter Hannah go for an evening stroll and stop to eat, had been shot at the famous Lonsdale Quay Waterfront Plaza, in Vancouver.

Here’s the scene from the movie. 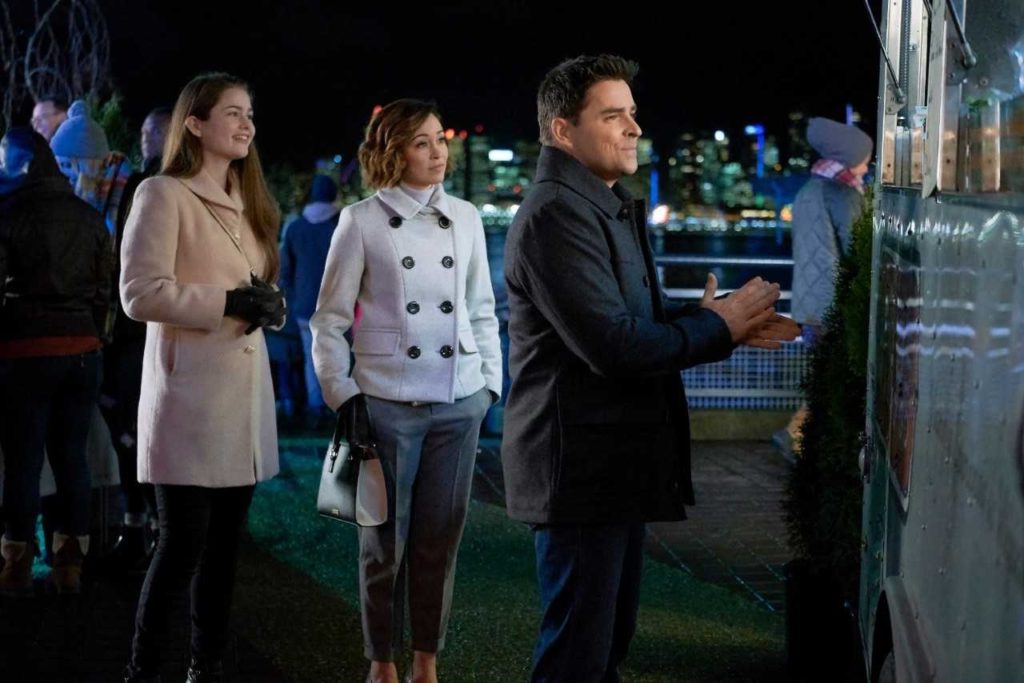 Autumn Reeser shared a picture of the hauntingly beautiful location, confirming the same.

Remember the scene where Maggie’s heel strap breaks and Hank makes a sarcastic comment? Well, it was shot at a different time on the same location.

Check out the scene from the film! 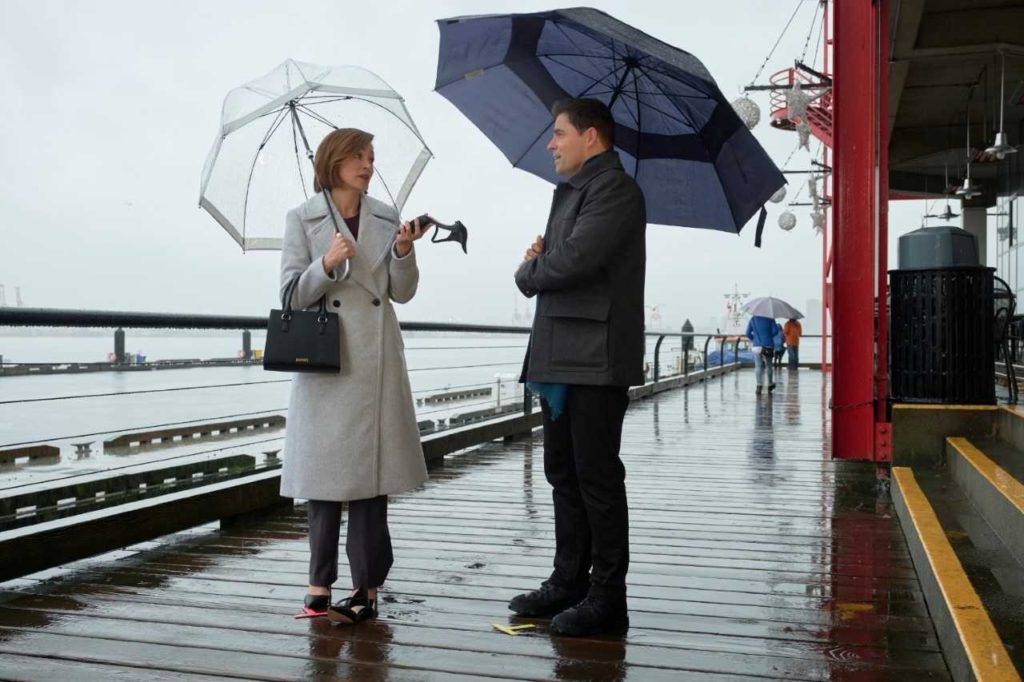 One of the largest cities of Canada, Vancouver in British Columbia, stays nippy for most part of the year, therefore choosing the location for filming, complemented the film’s romantic setting. Also, Canada offers a refundable tax credit of 25% when it comes to film productions. So, that’s another reason.

Dubbed as the “Hollywood North” and rightly so, Vancouver has played the host to a plethora of Hollywood gems like ‘Deadpool,’ ‘Fifty Shades of Grey,’ ‘Twilight,’ and ‘Man of Steel,’ including the small-screen hits like ‘Riverdale,’ ‘Arrow,’ ‘The Flash,’ ‘Supergirl,’ ‘The Man in the High Castle’ and many others.

So, when are you taking a trip to Vancouver?