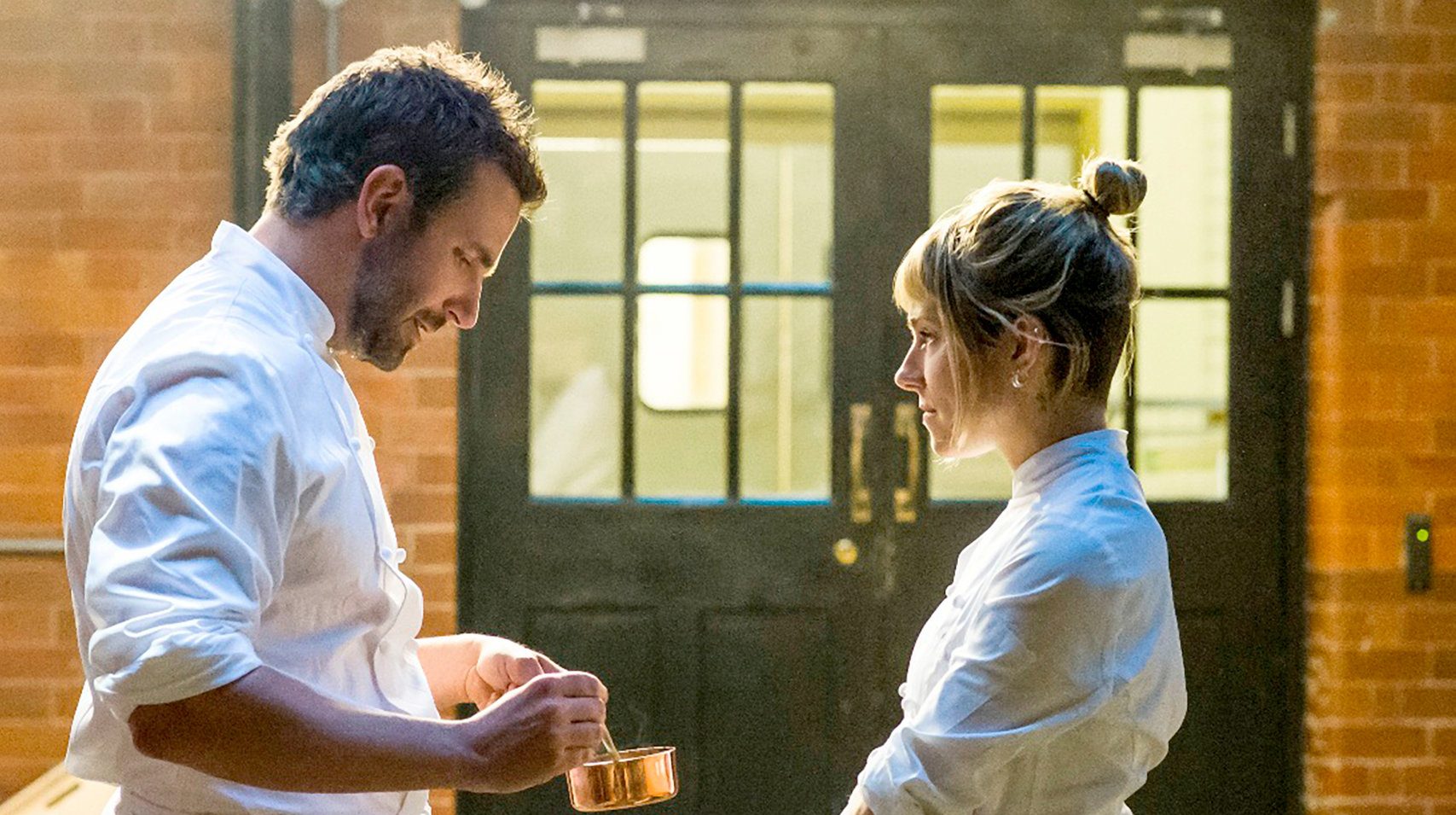 Presenting a significant redemption arc in a comedy–drama movie, ‘Burnt’ follows the arrogant and cocky Adam Jones, who is battered by his own conceit. Inspired by the personalities of world-famous culinary geniuses, the protagonist is an original and authentic portrayal of a chef. To get back on track, the fallen chef picks up the broken pieces and heads to London to work in a renowned restaurant.

Directed by John Wells, the 2015 movie stars Bradley Cooper, Sienna Miller, and Daniel Brühl in primary roles. It charts Adam’s journey in regaining his lost glory. The determined chef beats all odds to succeed as he is meant to. Furthermore, food and culinary art contribute to a considerable portion of the plot. So, the following recommendations are perfect if you want to watch movies that revolve around similar aspects. You can watch most of these movies like ‘Burnt’ on Netflix, Hulu, or Amazon Prime.

Directed by Scott Hicks, ‘No Reservations’ is an alluring romantic comedy movie set amid food and passion. Kate’s life changes when she has to shoulder the responsibility of caring for her niece. Furthermore, the entry of a stubborn chef, Nick, sends her professional life into turmoil. Actors Catherine Zeta-Jones, Aaron Eckhart, and Abigail Breslin are featured in the movie, which takes inspiration from the German film ‘Mostly Martha.’ Both Adam in ‘Burnt’ and Kate in ‘No Reservations’ are headstrong and passionate about the food they cook. They run their kitchen well to bring out the best in everyone on the team.

Food is a pivotal driver of the plot in both ‘Burnt’ and the drama movie ‘Soul Food.’ It depicts the importance of that one person in every family who keeps the members together. After Grandma Josephine’s health declines, the members of the Simmons family fall apart and return to their old fighting ways. However, they strive to keep the Sunday Dinner tradition alive, which keeps them together. Directed by George Tillman Jr., ‘Soul Food’ is a heartwarming tale of a family that finds love and togetherness through the wonder of food. Parallelly, in both ‘Burnt’ and ‘Soul Food,’ food plays a major role in bringing people together. The characters in both movies are brought closer due to their shared love for food. 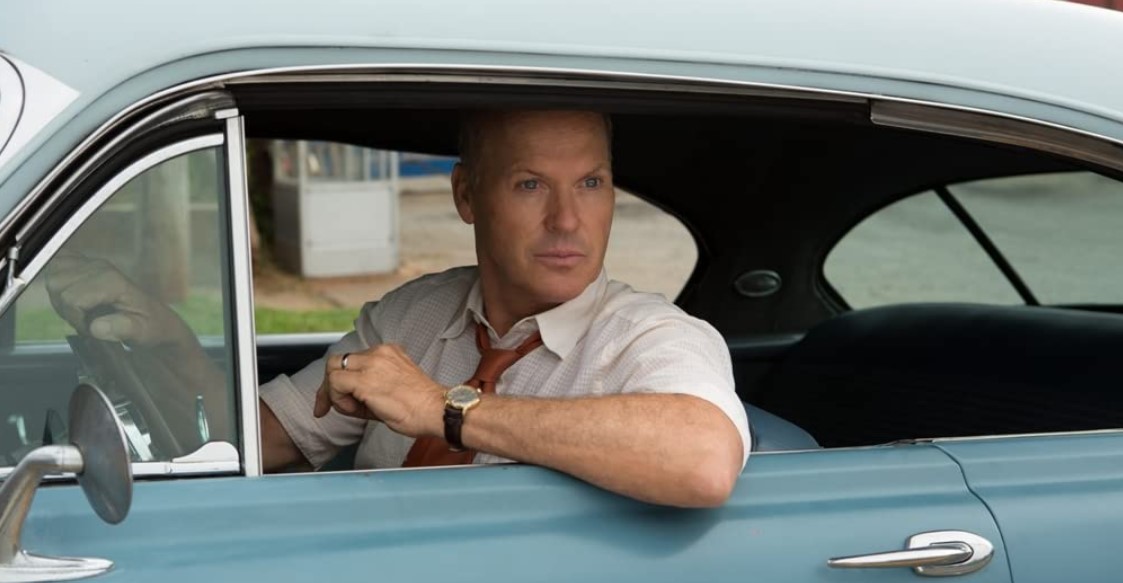 Starring Michael Keaton in the lead, ‘The Founder’ charts the magnificent journey toward the success of McDonald’s, one of the biggest fast food chains in the world. It follows Ray Kroc, who turns an ordinary eatery into a global phenomenon with his brilliant tactics and ambition. The drama movie directed by John Lee Hancock explores the businessman’s ruthlessness and perseverance to attain his desired goals. He breaks the rules, takes the road less traveled, and makes the restaurant gain immense popularity. Adam and Ray’s drive to win and turn every situation to one’s advantage are very similar, likening ‘Burnt’ and ‘The Founder’ to each other. 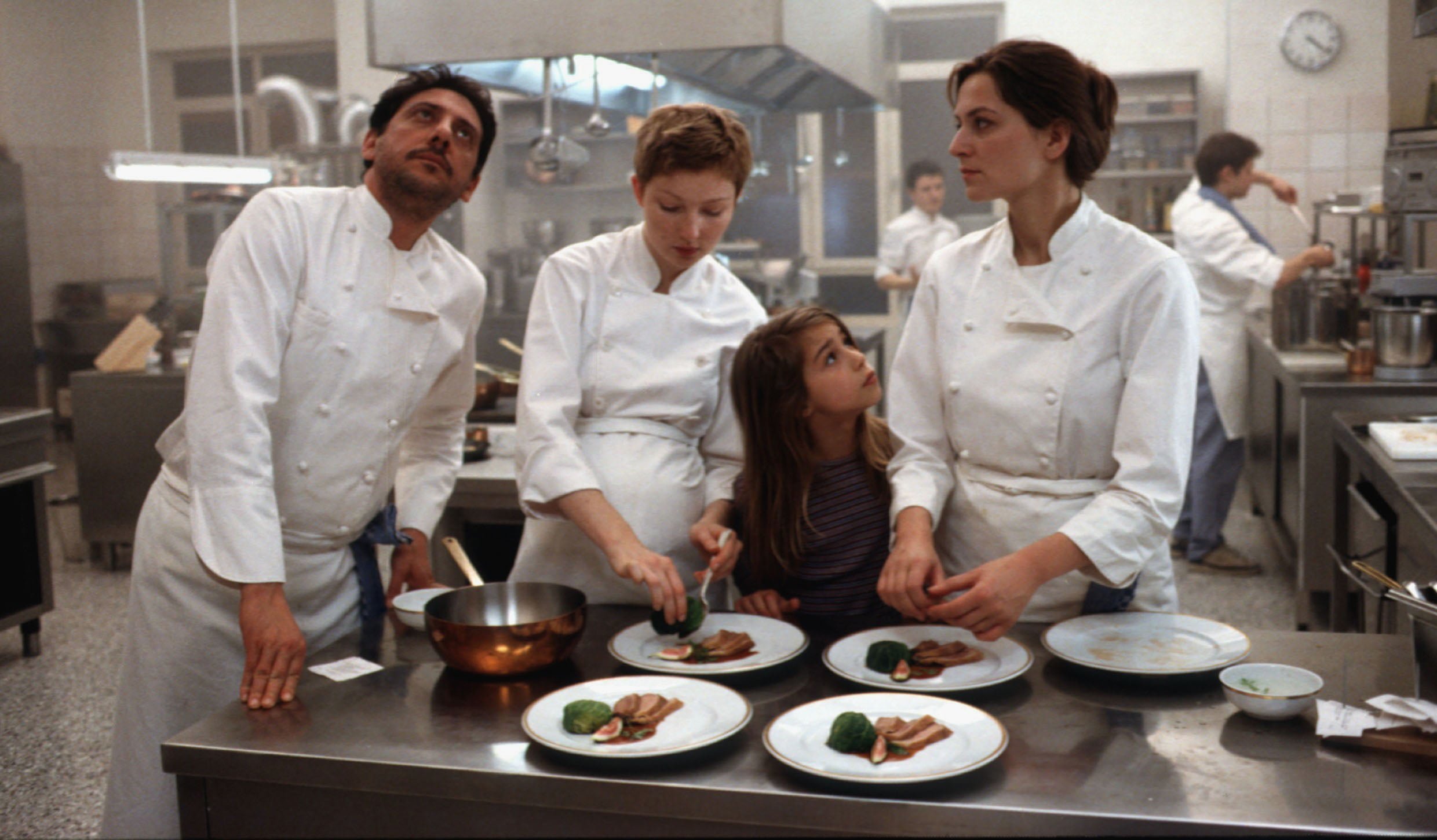 Originally called ‘Bella Martha,’ the German romantic comedy movie ‘Mostly Martha’ closely charts the personal and professional life of a great chef, Martha. Written and directed by Sandra Nettelbeck, the movie discusses issues and life changes deemed out of control. Going with the flow and adapting to what life throws at you find adequate focus in the movie. ‘Mostly Martha’ and ‘Burnt’ are movies revolving around a passionate and perfectionist chef. Martha and Adam are alike in the behavioral traits they exhibit, along with the way they manage their kitchens.

Set in 1950s New Jersey, two Italian brothers are handling a famous restaurant. Their business takes a hit when a rival owner sets up a shop near them. Hence, the brothers try every means to save their precious dream. As a last resort, they plan an incredible evening of delicious food.

Directed by Campbell Scott and Stanley Tucci, the comedy-drama movie ‘Big Night’ explores the intricacies of keeping a traditional restaurant afloat in a world where everything has an alternative. The brothers make their passion and dream come alive with the restaurant, and they will go to any lengths to protect it. This is similar to Adam’s drive in ‘Burnt’ to make his new restaurant successful and regain his lost fame. 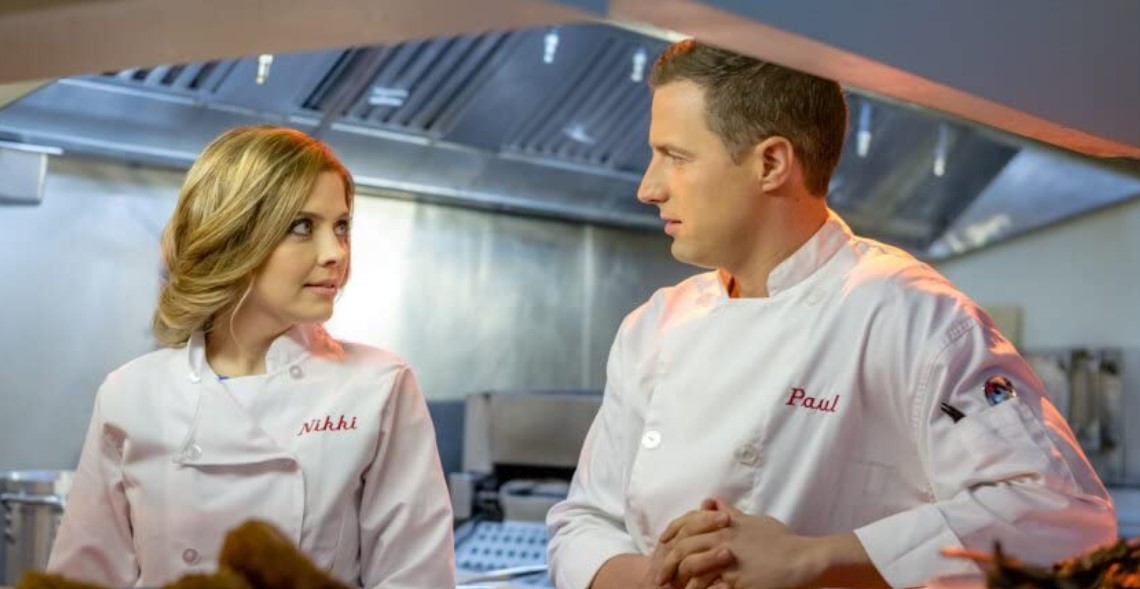 Directed by Christie Will Wolf, the family comedy movie ‘A Dash Of Love’ follows the aspirations and experiences of Nikki. When she lands a job at her dream restaurant and is soon fired, she resolves to start her venture in a competition to be the best. A charming executive chef joins Nikki on this adventure. The movie features Jen Lilley, Brendan Penny, and Peri Gilpin in central roles. Like Adam in ‘Burnt,’ Nikki is also determined to make her venture succeed in the cut-throat culinary world. Besides, both chefs start their businesses to be free and do what they wish. 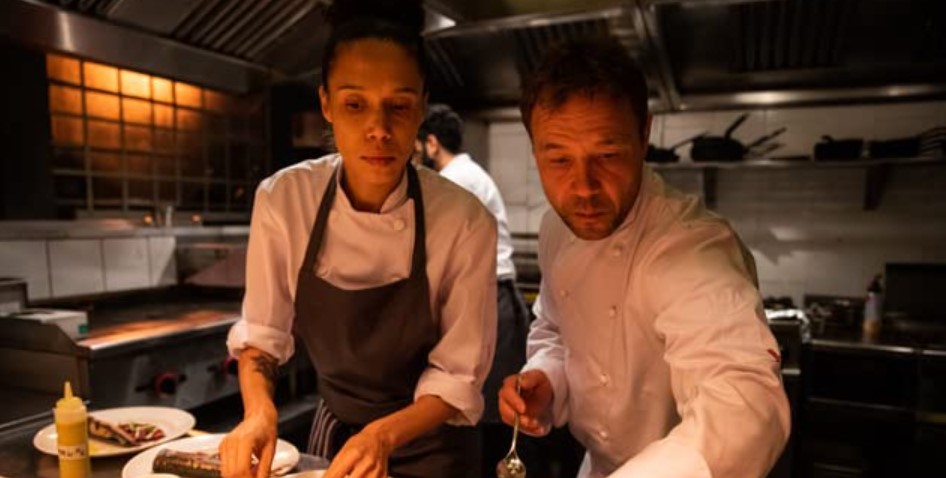 Co-written and directed by Philip Barantini, ‘Boiling Point’ gives viewers a glimpse into the busiest day of a famous restaurant. The relentless pressure coupled with a boss who needs everything perfect makes the lives of chefs in the kitchen extremely difficult. Stephen Graham plays the role of the head chef Andy Jones, who keeps his kitchen tight and his team tighter.

The British drama thriller movie focuses on the inner workings of a buy restaurant and what it takes to manage a team of skilled chefs. A demand for team spirit and having a strict hand over one’s employees are aspects both Adam and Andy shared in ‘Burnt’ and ‘Boiling Point,’ respectively. 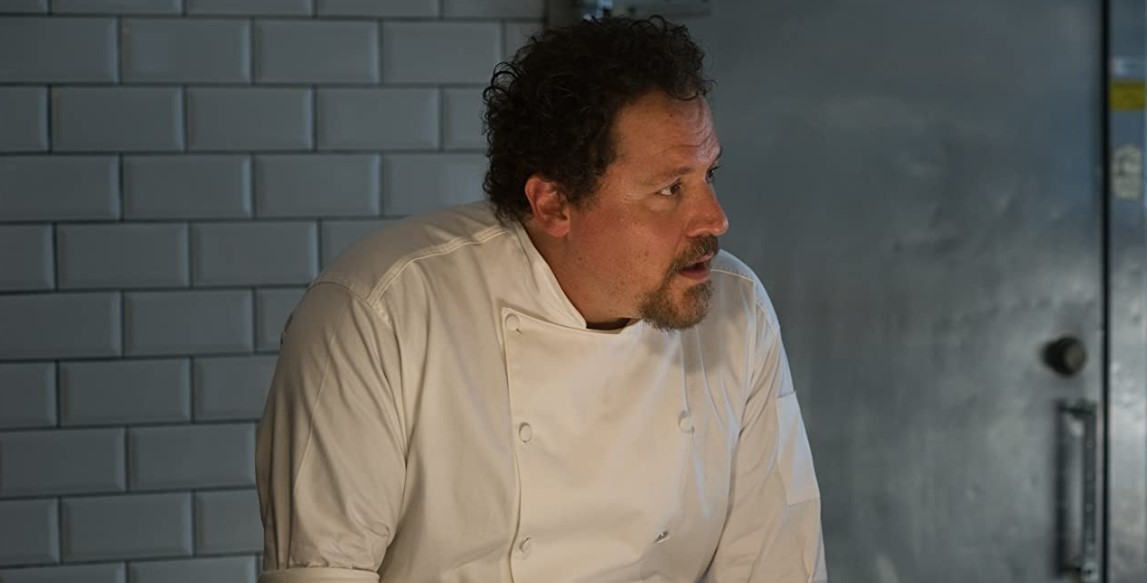 Exhausted from a job with no freedom, head chef Carl decides to make it on his own. He loves food and strives to do what makes him the happiest. Thus, Carl quits his cushy restaurant job and buys a food truck where he can cook and sell whatever he wants. Piecing together both personal and professional aspects, ‘Chef’ dissects the world of culinary art to give the audience a more profound and delicious experience.

The comedy-drama movie is written, directed, and enacted (as the protagonist) by Jon Favreau. Like ‘Burnt,’ this movie features the hurdles a chef has to pass through to make it big in the profession. The determination and passion for cooking are shared by the leading chefs in ‘Chef’ and ‘Burnt.’ Additionally, Carl and Adam make it big on their own to keep their passion alive and redeem themselves from bad situations.