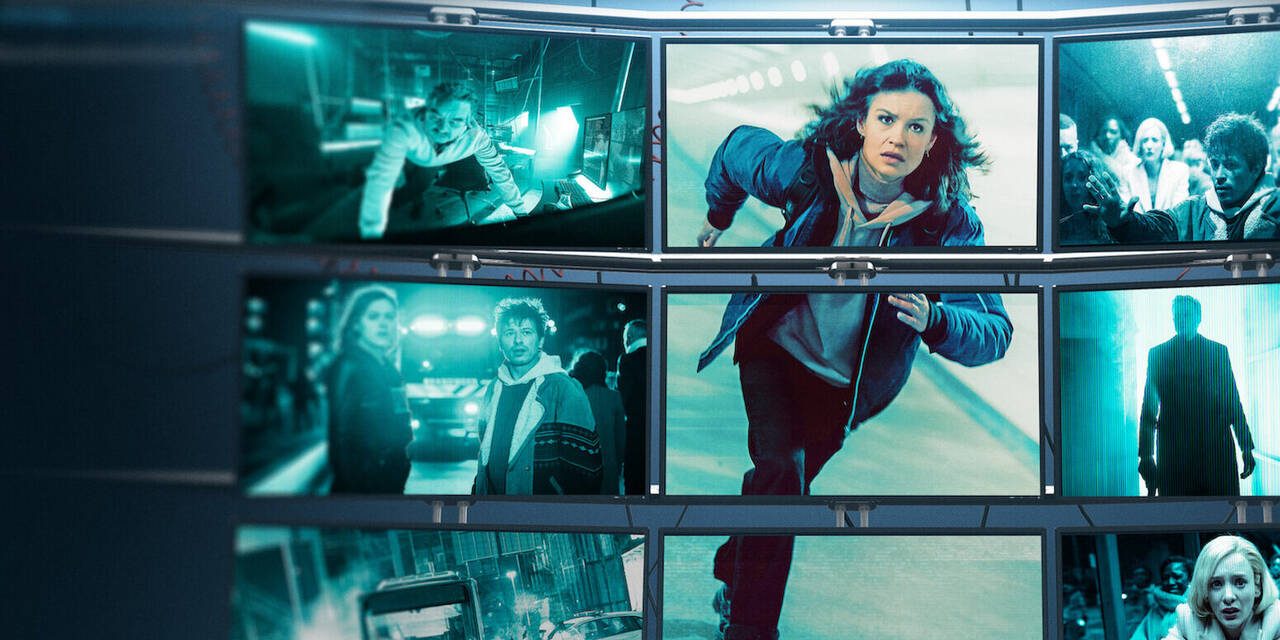 Netflix’s ‘The Takeover’ is an action thriller movie directed by Annemarie van de Mond that revolves around Mel Bandison, an ethical hacker who is falsely accused of murder. Therefore, she is forced to go on the run and reunite with her former mentor to prove her innocence. However, she discovers a grave conspiracy that is behind her plights.

The heightened action drama tackles the themes of hacking and cybersecurity with a suspense-filled plot. Therefore, viewers who enjoyed the movie must be looking for similar streaming options, so we have compiled a list of recommendations for you. You can watch most of these movies like ‘The Takeover’ on Netflix, Amazon Prime, and Hulu! 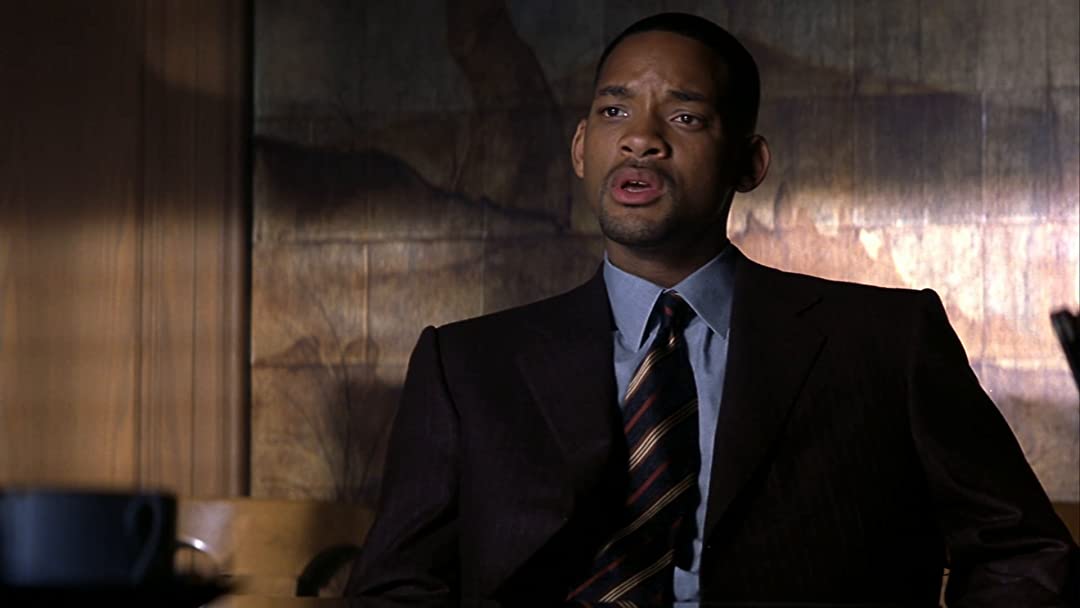 ‘Enemy of the State‘ is a political action thriller directed by Tony Scott. It stars Will Smith as Robert Dean, a lawyer who finds footage of congressman Phil Hammersley’s murder planted in his office. As a result, the former stumbles into a government conspiracy and must save his life from operatives trying to kill him. The movie’s premise involves the protagonist trying to clear his name and uncover a government conspiracy. Furthermore, it comments on themes of data privacy and cybersecurity. Hence, the movie has similar shades to ‘The Takeover.’ With a series of twists and an explosive climax, ‘Enemy of the State’ is a complete entertainer. 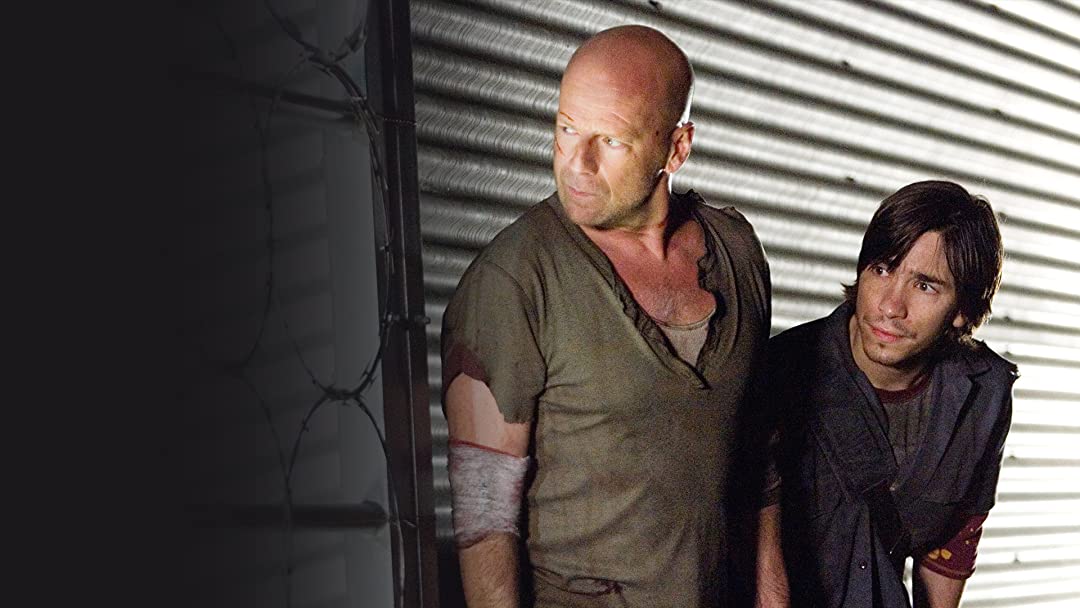 Directed by Len Wiseman, ‘Live Free or Die Hard’ (also known as ‘ Die Hard 4.0) is an action thriller movie that serves as the fourth installment in the ‘Die Hard‘ franchise. It follows NYPD Detective John McClane (Bruce Willis), who attempts to stop a cyber-terrorist from taking down the government. As a result, he teams up with Matthew “Matt” Farrell, an ethical hacker whose expertise guides him in resolving the conflict. Similar to ‘The Takeover,’ the movie’s primary theme is hacking and cybersecurity. Moreover, it highlights the difference between ethical and non-ethical hacking and its impact on society. 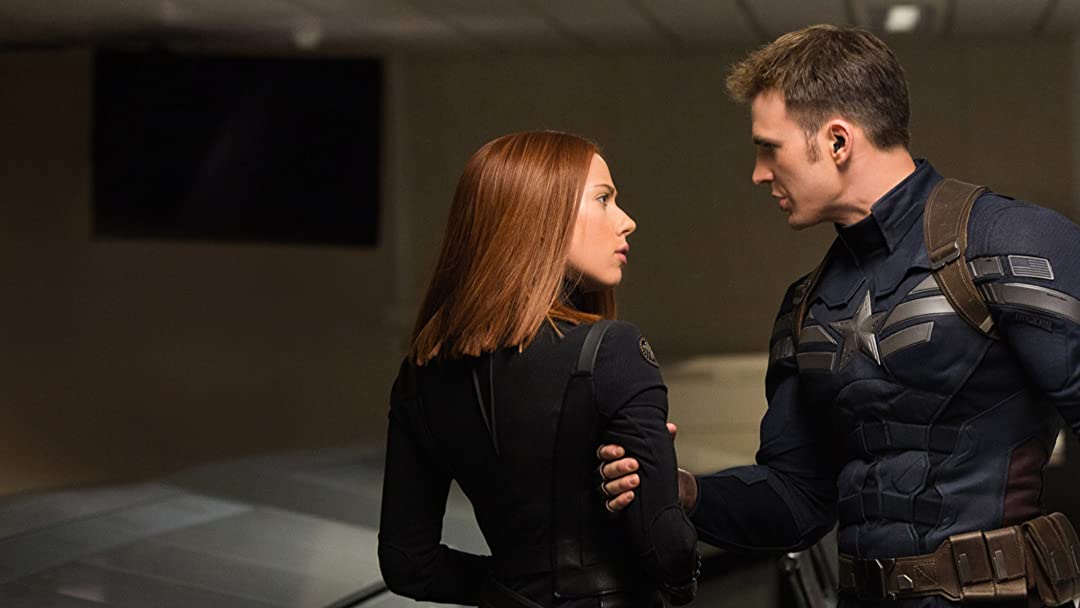 ‘Captain America: The Winter Soldier’ is a superhero film based on the eponymous Marvel Comics character and a sequel to 2011’s ‘Captain America: The First Avenger.’ It is directed by Anthony and Joe Russo and stars Chris Evans as Steve Rogers/Captain America, who is declared a fugitive after an evil organization infiltrates SHIELD.

Meanwhile, Steve must also contend with the emergence of a mysterious assassin connected to his past. Though the movie’s world and setting are drastically different from ‘The Takeover,’ it tackles the subjects of cybersecurity and data stealing through the lens of the superhero genre. 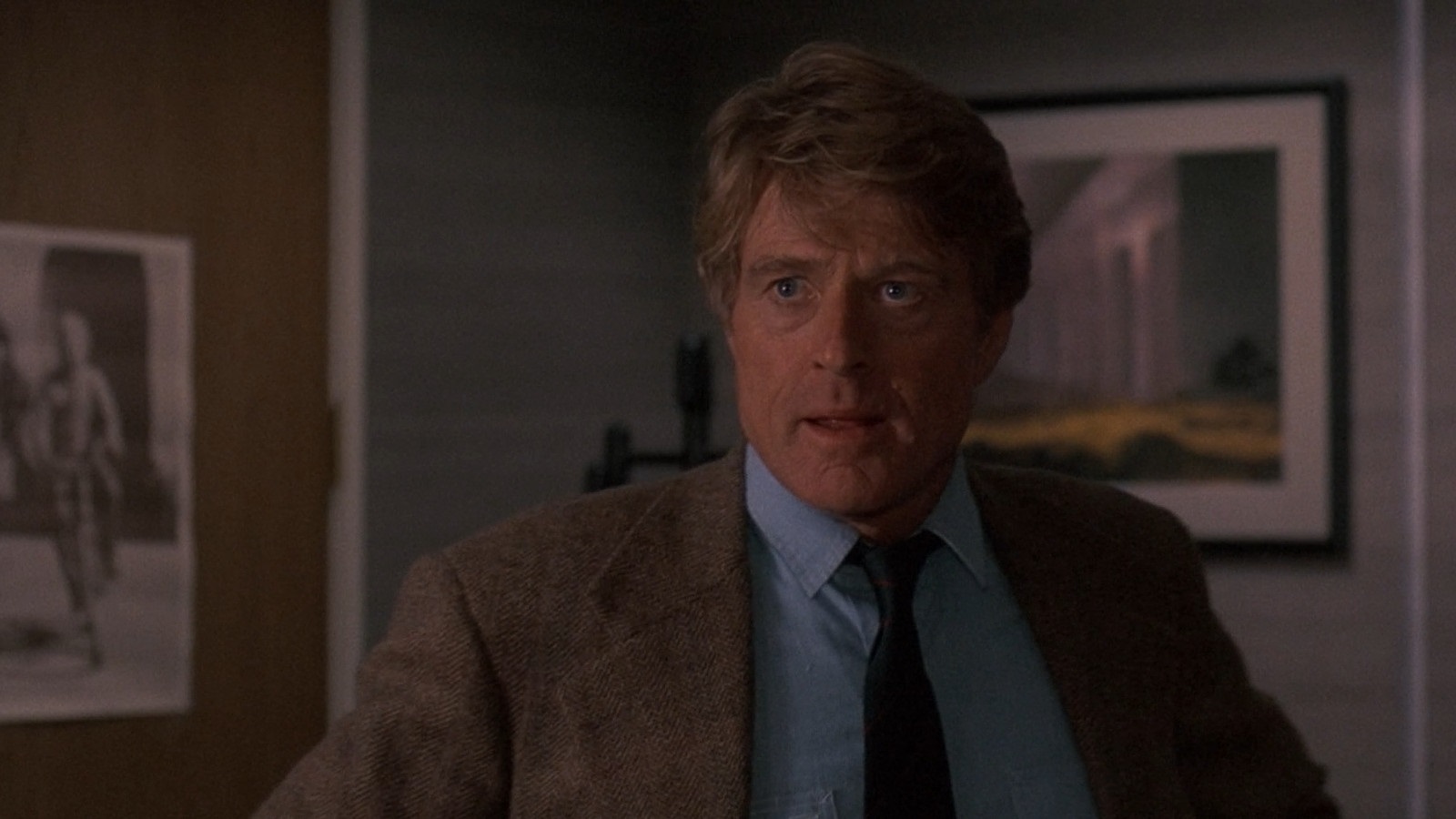 ‘Sneakers’ is a crime thriller directed by Phil Alden Robinson starring Robert Redford, Dan Aykroyd, Ben Kingsley, and River Phoenix. It follows Martin Bishop, the heads a group of experts specializing in testing security systems. However, when government agents blackmail the group into stealing a top-secret black box, they are embroiled in a dangerous game. The film’s depiction of the government’s approach to cybersecurity and data piracy is similar to ‘The Takeover.’ Although, it adds a heist flavor to the hacking subgenre, producing an exciting result powered by solid performances. 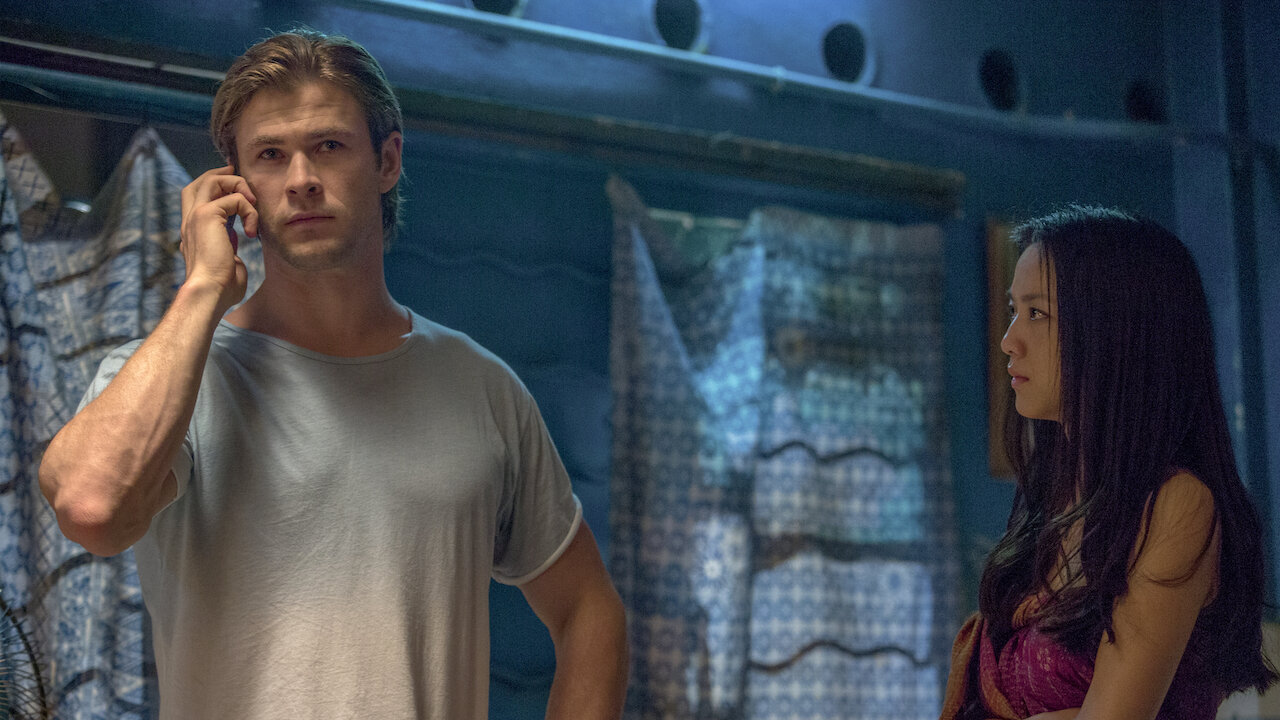 Directed by Michael Mann, ‘Blackhat‘ is an action thriller movie starring Chris Hemsworth as Nicholas Hathaway, a convicted computer hacker who is released from prison after a code he wrote appears in a terrorist attack. As a result, he must help the police find the terrorists while finding a way to clear his name.

Nicholas faces similar ethical dilemmas as Mel in ‘The Takeover.’ In addition, the film paints China’s approach to cybersecurity and conflict with the US, similar to the nation’s role in ‘The Takeover.’ On the other hand, ‘Blackhat’ brings a distinct visual approach to the hacking subgenre and plot twists that tighten the thrills and suspense in the narrative. 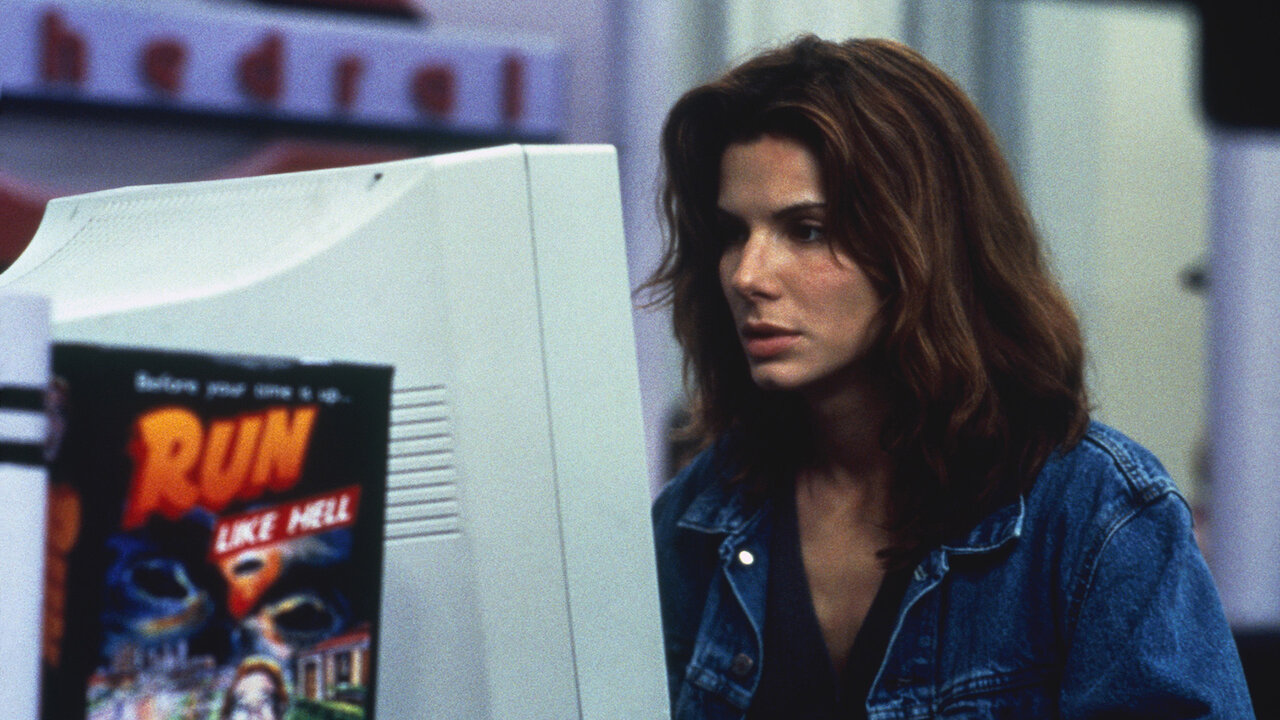 ‘The Net‘ is an action thriller film directed by Irwin Winkler and starring Sandra Bullock as Angela Bennett, a computer programmer. She stumbles upon a top-secret government program that risks countless innocent lives. As Angela uncovers the conspiracy, her life is threatened, and she must find a way to expose the government while trying to prove her innocence.

The movie is rooted in the tropes of the cybersecurity and hacking subgenre, but some of its concepts and ideas have become outdated with time. Nonetheless, Angela’s story arc closely resembles Mel’s in ‘The Takeover.’ If you are looking for a compelling action thriller led by a female protagonist caught in the crosshairs, ‘The Net’ will please you. 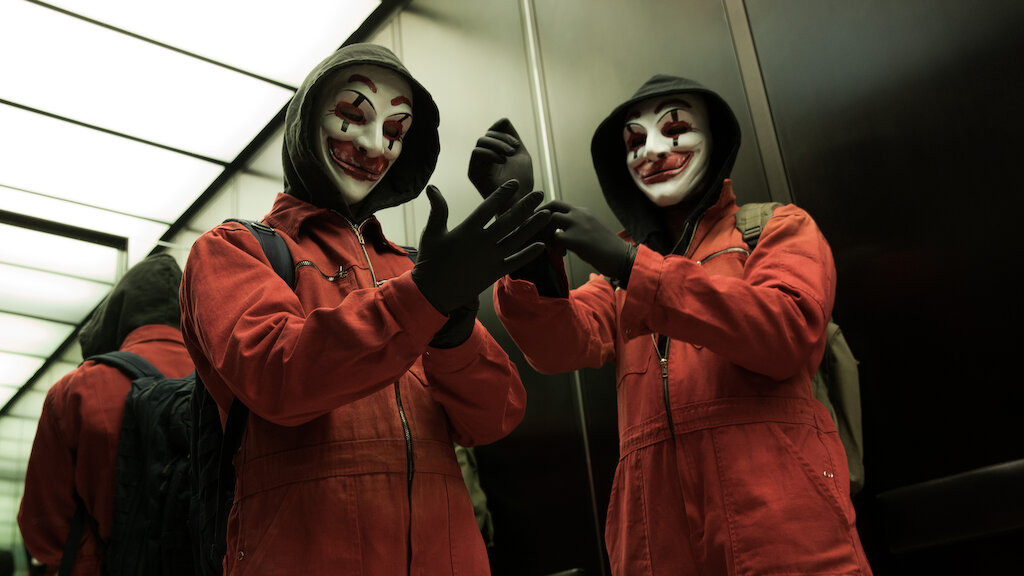 ‘Who Am I‘ (also known as ‘Who Am I – Kein System Ist Sicher’) is a German techno-thriller movie directed by Baran bo Odar. It centers around Benjamin- a genius computer hacker invited to join FRI3NDS, a fame-seeking hacker group. Following a hacking task gone wrong, his friends are unceremoniously murdered by Russian gangsters as Europol interrogates him. Now, Benjamin must find a way out when caught up in a complex chain of events.

The compelling storyline constantly keeps viewers hooked on its tone, and the unique visual style implies the complexities of hacking. Nevertheless, with a mind-boggling plot twist in the climax, ‘Who Am I’ truly tests the limits of the techno-thriller genre. Therefore, ‘Who Am I’ is considered one of the best films about hacking and takes the top spot on this list.