Everything We Know About Neighbors 3 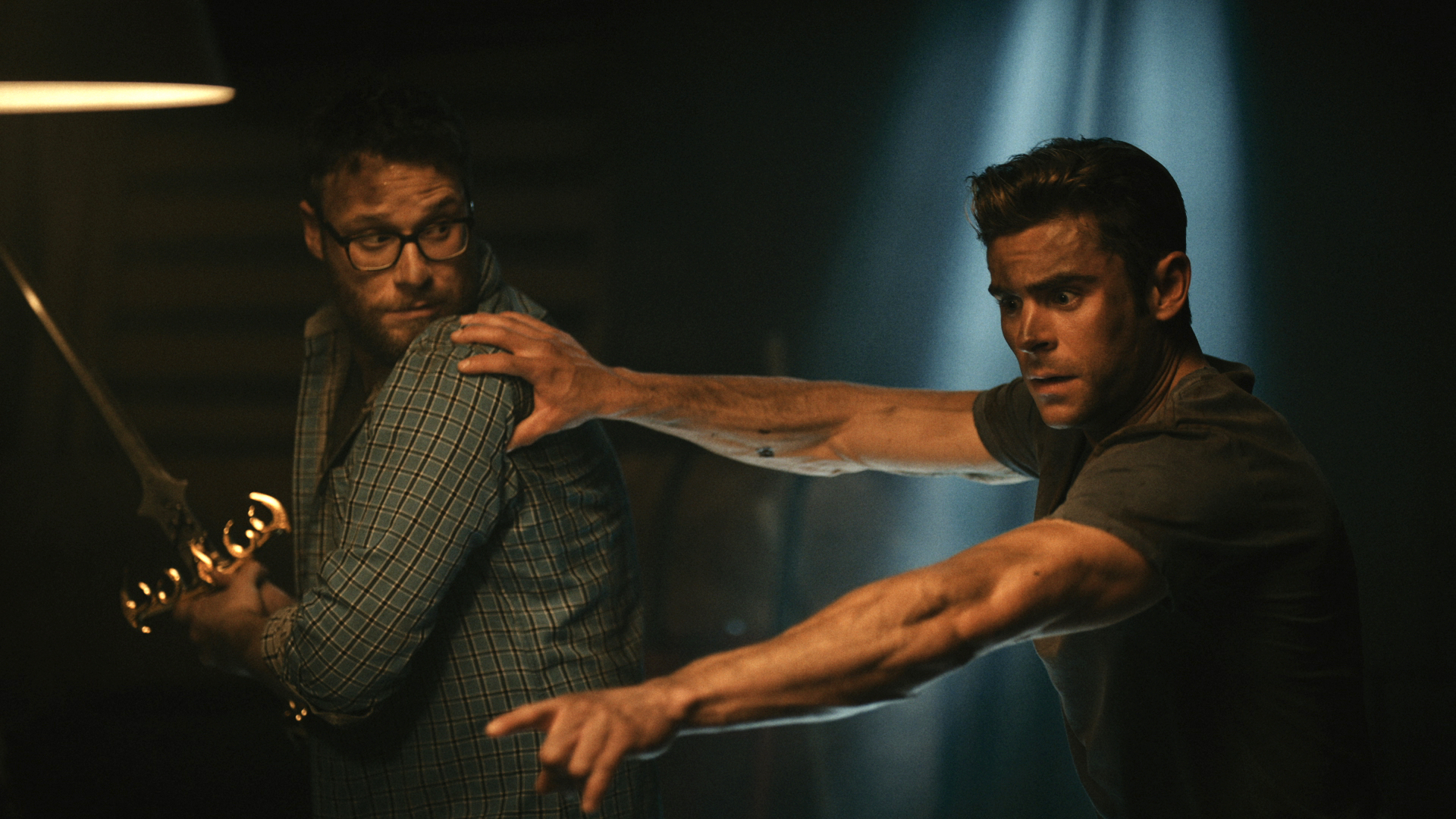 The comedy pack of the late 2000s – Seth Rogen, James Franco, Dave Franco and Jonah Hill – have continuously come up with films which are commercial successes as well as critical. While the four have not always worked together, their occasional collaborations have received mostly positive reviews. Seth Rogen and Dave Franco collaborated in 2014, with the comedy ‘Neighbors’ which follows a couple – the Radners – who come into conflict with a fraternity of young people who’ve recently moved in next door, which leads them into an all-out war. The film premiered at South by Southwest on March 8, 2014, and later released theatrically on May 9, 2014. Against a budget of $18 million, ‘Neighbors’ earned $270.7 million. In addition, the film earned positive reviews for its writing and performances, scoring a respectable 73% on Rotten Tomatoes.

The second film is set two years after the first film and follows the Radners as they have to outwit a new sorority led by Shelby, who lives next door in order to sell their house currently in escrow. Like the first film, ‘Neighbors 2: Sorority Rising’ was also a box office success, earning $108 million against a budget of $35 million. It was as appreciated as the first film, but did manage to achieve positive reception. It scored a rating of 63% on Rotten Tomatoes. Though nothing has been announced, it would not be surprising if the producers announce another film, completing a trilogy, given the combined commercial success of the film. So, here is everything we know about the third yet untitled ‘Neighbors’ film.

Neighbors 3 Plot: What is it About? 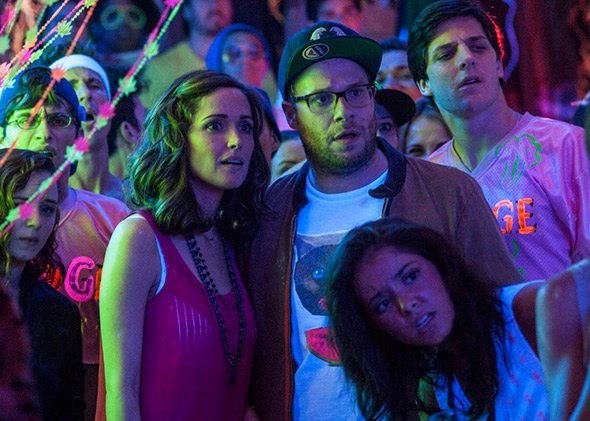 Seeing how the writers went about the first two films, ‘Neighbors’ might explore the Radners facing another challenge which they have to overcome. This would be an opportunity for the filmmakers to bring in new talents as they did in the second film, signing the talented Chloë Grace Moretz. However, there is one more genre they can in indulge in. The team had come up with a short film titled ‘Neighbors 3: Zombies Rising’, a comedy horror which released in 2016. This one was directed by Ira Rosensweig. The comedy horror follows Mac and Teddy who after the events of the first film, have to deal with a zombie uprising. Zombie comedies have always successful, both critically and commercially. So, a premise following up on a zombie apocalypse would certainly be extremely funny. Given the directorial talents of Nicholas Stoller, the clichéd zombie comedy genre can be inventive.

Neighbors 3 Cast: Who is In it? 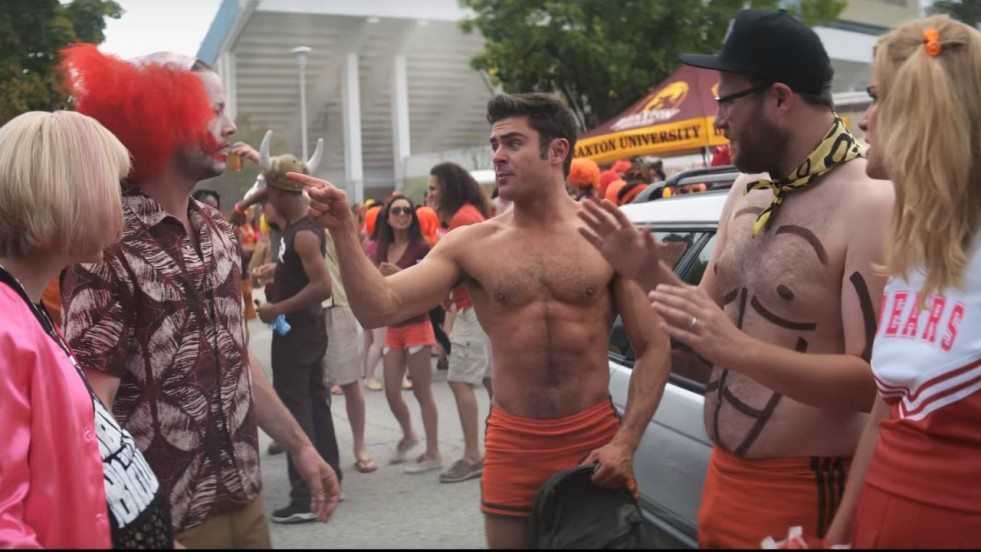 Both ‘Neighbors’ and ‘Neighbors 2’ had pretty much the same star cast with no such prominent actors. Seth Rogen is coming up with Jon Favreau’s live adaptation of ‘The Lion King’ where he is voicing the role of Pumbaa, and the James Franco-directed comedy-drama ‘Zeroville’. Both movies will release in 2019. He is also starring in Brandon Trost’s comedy ‘American Pickle’, which is in its post-production stage and is scheduled to release in 2020. The actor is pretty busy on television where is he is the occasional director and executive producer of ‘Preacher’ (2016 – ), ‘Future Man’ (2017 – ), ‘Black Monday’ (2019 – ) and ‘The Boys’ (2019).

Zac Efron has not signed anything yet. The actor portrayed the character of Ted Bundy in the biographical crime thriller ‘Extremely Wicked, Shockingly Evil and Vile’ (2019) and Flicker in the stoner comedy flick, ‘The Beach Bum’ (2019). Rose Byrne is quite busy with a number of projects. She is starring in one film in 2019, a thriller science fiction film titled ‘I Am Mother’. She is between filming and post-production in ‘Peter Rabbit 2’ and ‘Limited Partners’ respectively, which are supposed to release in 2020. The actress has also signed up for two more films titled ‘Lexi’ and ‘Irresistible’, which are comedies. The release dates have not been announced yet. Seeing this, the actress would not be able to join before 2020.

Chloë Grace Moretz has not signed anything as of yet. She has two films coming up in 2019 — ‘Red Shoes and the Seven Dwarfs’ and the animated comedy, ‘The Addams Family’. Dave Franco is a part of two films which will release this year — the comedy-drama ‘Zeroville’ and the vigilante action film ‘Six Underground’. He is also making his directorial debut with ‘The Rental’, a horror film starring Alison Brie, Dan Stevens, Sheila Vand and Jeremy Allen White, which is in its production stage currently. He would most probably take up the project after he completes his filming.

Neighbors 3 Crew: Who is behind it?

Nicholas Stoller has not directed anything since the animated comedy ‘Storks’, which was released in 2016. He worked as a writer on a number of films since ‘Neighbors 2’. As of 2019, Stoller is the writer for ‘Dora and the Lost City of Gold’, an adventure film which is releasing in August of 2019 and is credited as the executive producer in’ Scoob’, a computer-animated film which is scheduled to release in 2020.

Screenwriter Andrew J. Cohen and Brendan O’Brien have not done much work since 2017 and have not signed any new project as writers yet. Michael Andrews was the film score composer for the film and has recently composed the scores for ‘I Feel Pretty’, ‘Instant Family’ and ‘Second Act’, all of which released in 2018. As of 2019, he is the composer for Netlfix’s ‘Always Be My Maybe’ and upcoming ‘Against The Clock’. Other than this, Andrews is not attached to any projects. Cinematographer Brandon Trost has not signed anything since ‘Extremely Wicked, Shockingly Evil and Vile’, which was released worldwide in May of 2019. Zene Baker has not signed anything after Taika Waititi’s ‘Thor: Ragnarok’ (2017)

Neighbors 3 Release Date: When will it premiere? 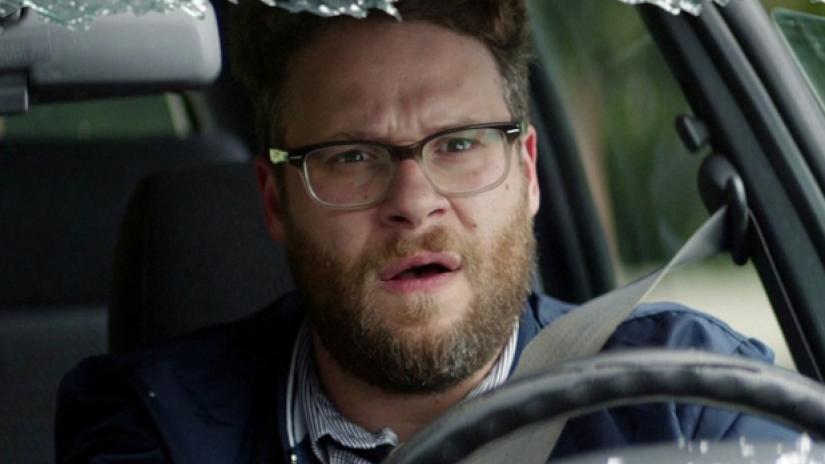 Neighbors 2 released in May, 2016. If the third film in the series is greenlit now, it might take another two years for the film to come to movie theaters. That means, we are looking at a 2021 release date for ‘Neighbors 3’. Of course, for that to happen the film needs to be commissioned by the studio this year. We will update this section as soon as get any update on ‘Neighbors 3’