Selling the OC Net Worths, Ranked: Who is the Richest Agent? 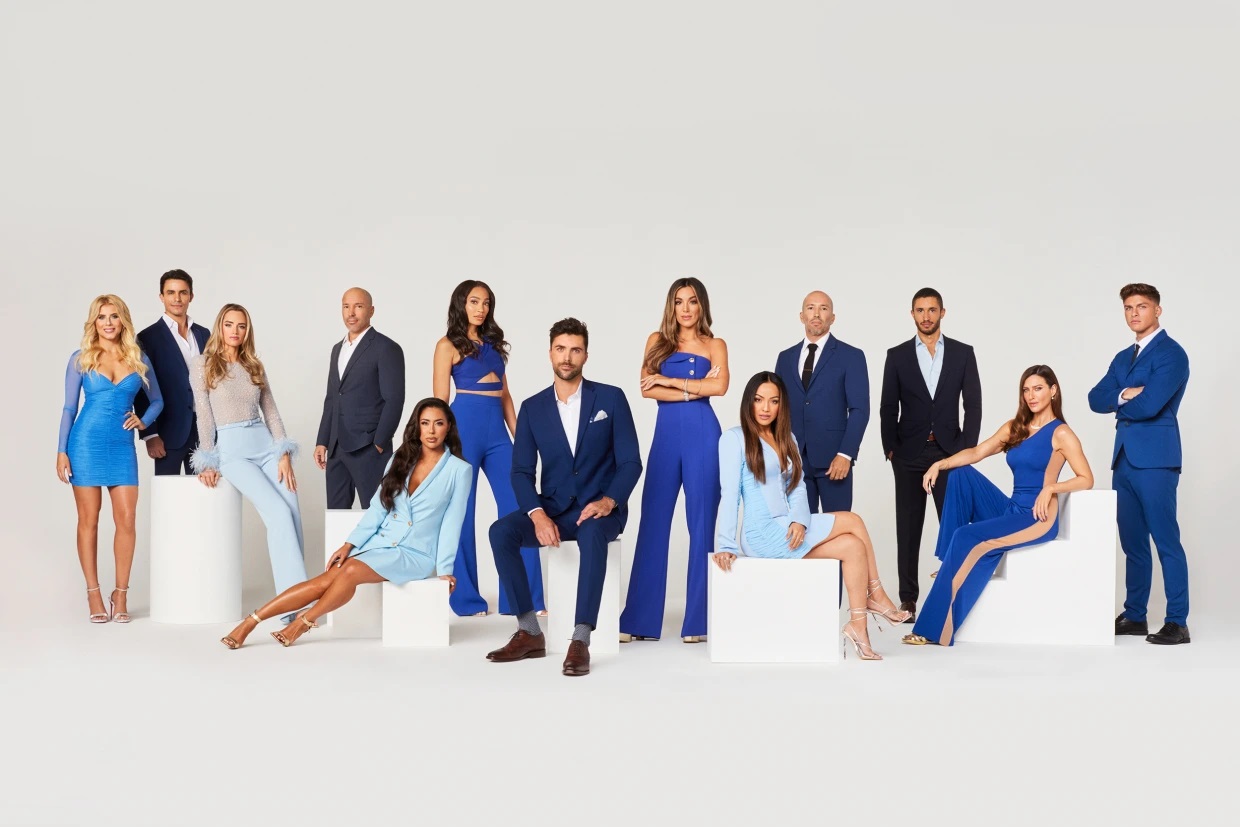 One of the most gripping parts of Netflix’s ‘Selling the OC‘ is the lavish lifestyle that the employees of The Oppenheim Group’s office in Orange County, California, seem to be enjoying. From high-class events to fun parties, the cast of the reality series is shown to be enjoying life to the fullest in the first season of the ‘Selling Sunset‘ spinoff. Naturally, many are curious to know more about how the people featured on the show afford their lives. Fans are also eager to learn about their financial status and how much wealth they have accumulated over the years. To answer these questions, we have listed the stars of the Netflix show based on their net worths. Get ready to dive in and learn just how rich your favorite reality TV realtors are.

As one of the most prominent faces in season 1 of ‘Selling the OC,’ Kayla Cardona‘s wealth status has become a matter of great interest to her admirers. The Orange County native started her career as a realtor in 2019 and has time and again proved her mettle as a talented agent. According to Kayla’s confessions in the reality show, she also bartends most nights to support herself and her son. Thanks to her determination and hard work, Kayla has accumulated an estimated net worth of $1 million.

Lauren Brito (now Lauren Shortt) is another Southern Californian girl on this list who has proved her mettle as a real estate agent. After gaining her license in April 2017, Lauren was a part of First Team Real Estate before switching to Coldwell Banker Residential Brokerage. She left the latter to join The Oppenheim Group in June 2021 and has continued to thrive as a realtor and has sold multiple properties over the years. We estimate Lauren’s net worth to be around $1 million.

Prior to working as a real estate agent, Alexandra Rose used to be a part of the Sales department at Nordstrom, which helped her gain several valuable skills needed in a realtor. She completed her graduate from Grand Canyon University with a Bachelor’s Degree in Finance and Economics in 2019 and then proceeded to enter the field of real estate. As a member of The Oppenheim Group, Alexandra Rose is one of the prominent luxury realtors in the Orange County area and had quite a role in the premiere season of ‘Selling the OC.’ At present, her estimated net worth is about $1 million.

Over the years, Sean Palmieri has worked in a variety of positions. He started off as a Sales and Operations Coordinator at architect Zaha Hadid’s ONE Sotheby’s International Realty in November 2016. After that, he switched to Pacific Sotheby’s International Realty in January 2018 to work as a Marketing Director. November 2019 marked his start at Coldwell Banker Global Luxury as the Luxury Marketing Manager. In May 2021, the Florida native joined The Oppenheim Group. Since then, he has been actively showing his mettle as a realtor. We estimate the ‘Selling the OC’ star’s net worth to be about $1 million.

Hailing from Lancashire, England, Polly Brindle became a part of the modeling industry at the age of 15. Thanks to her thriving career as a model, she worked with prestigious brands like Lancôme, Dior, and Aston Martin and traveled to places like London, Paris, Milan, and Barcelona. In 2011, Polly moved to Los Angeles and has since been living in the United States. Her career as a realtor started in May 2021 when she joined The Oppenheim Group. Her skills as a real estate agent have helped her garner an estimated net worth of $2 million.

Brandi Marshall had once been an active part of the Public Relations industry. For over 15 years, she worked as a publicist in reputed businesses like AM PR Group and 20th Century Fox Studios. However, in 2017, Brandi started working in the real estate industry. At present, she is not only working at The Oppenheim Group but is also affiliated with Active Realty and IRBY Real Estate Group. Her intense work schedule is a reflection of her strong work ethic and helped her gain an estimated net worth of $3 million.

Since July 2017, Austin Victoria has been active in the real estate industry in and around Orange County. His first job in the field was with Keller Williams Realty’s branch in Beverly Hills, California, as a Sales Associate. Austin then moved on to OA Real Estate Group in October 2019. In June 2020, he switched to Douglas Elliman’s Beverly Hills branch and worked there until June 2021, when he became a part of The Oppenheim Group’s office in Orange County. Before getting his license as a real estate agent, Austin had been working as a model and actor and is still affiliated with HRI Talent and Wilhelmina International for respective works. Austin’s work drive and skills have led him to have a net worth of around $3.5 million.

Given his charming and shining presence in season 1 of ‘Selling the OC,’  admirers have been curious about Giovanne “Gio” Helou‘s financial status. The reality TV star began his career in 2012 with Curtis Birch as a New Business Manager & Associate Producer and then joined Abell-Helou Homes as a Real Estate Developer in 2013. In 2014 he left the former company and went on to become a part of Engel & Völkers in 2016 as a Luxury Real Estate Advisor.

In August 2018, Gio gained his license as a realtor and became affiliated with Coldwell Banker Global Luxury. The realtor switched to The Oppenheim Group’s Orange County team in February 2021. Throughout his career as a real estate agent, Gio has showcased his impressive skills as a negotiator and communicator. His talents have helped him garner a net worth close to $3.5 million.

Thanks to his background as a fifth-generation realtor within his family, Tyler Stanaland is a skilled realtor who has had his license since the age of 18. However, at the time, he had decided to pursue his passion for surfing and earned respect worldwide in the field. In 2010, Tyler left professional sports behind and entered the real estate industry for good. He became affiliated with HÔM Sotheby’s International Realty as an agent and started earning a name for himself. The California native decided to also become a part of Catch Surf as the Clothing Marketing Manager in 2015 but left it in 2017. In early 2019, Tyler joined Hilton & Hyland as a Realtor and then switched to Villa Real Estate in August 2020. Since November 2021, Tyler has been working at The Oppenheim Group and has a net worth of $4 Million.

Topping the list is none other than Alexandra “Alex” Hall. Hailing from Laguna Niguel in California, her familiarity with the area has helped her establish a reputation as a skilled real estate agent. Before joining the real estate industry in 2013, Alex had a strong background in the field of Interior Design. She began her career as a realtor with First Team Real Estate, where she stayed until 2015. The reality TV star then changed lanes to join Christie’s International Real Estate in 2015 and then switched to HÔM Sotheby’s International Realty as well as Pacific Sotheby’s International Realty after a couple of years. In November 2021, Alex became a part of The Oppenheim Group’s Orange County branch and established herself as a crucial part of the team. Her hard work, eye for design, and communication skills have helped Alex gain a net worth of around $5 million.

Read More: Selling the OC: Where is the Cast Now?