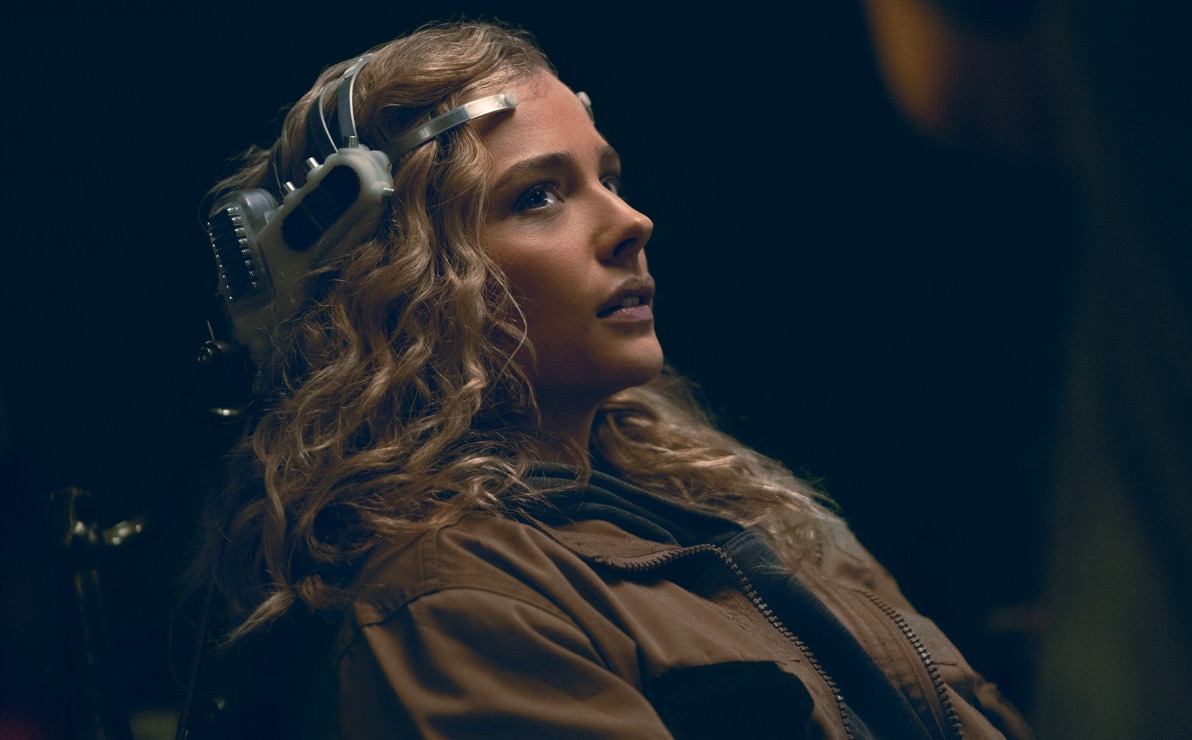 Created by Scott B. Smith, ‘The Peripheral’ is a sci-fi series that is set in a world where technology reigns supreme. The Amazon Prime Original series is based on William Gibson’s 2014 eponymous novel. Starring Chloë Grace Moretz, Gary Carr, Jack Reynor, and JJ Feild as main cast members, the show follows the life of a young woman, Flynne Fisher, whose life changes as she discovers a connection to an alternate reality.

Technology modifies society in various ways and also impacts our daily lives. ‘The Peripheral’ dissects the effects of the same and navigates the characters’ lives intertwined with technology. Flynne questions her actions and the consequences to make sense of what’s happening around her. If you’re looking to watch shows that revolve around the impact of technology, we have the perfect recommendations for you. You can watch most of these shows similar to ‘The Peripheral’ on Netflix, Hulu, or Amazon Prime. 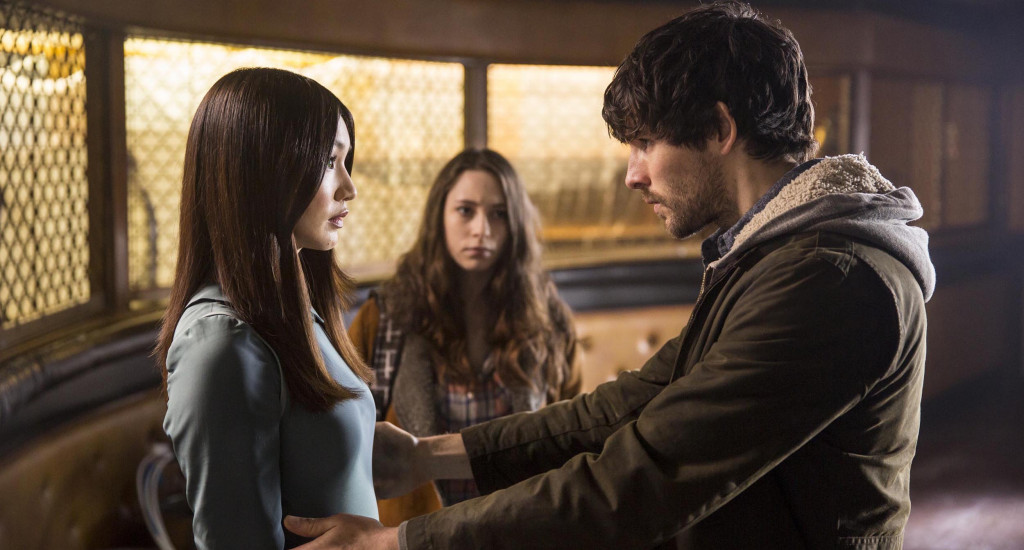 Revolving around Synths that are highly intelligent robots, the show presents the transformation of society because of technology. Joe and Laura, a married couple, purchase a Synth that goes on to alter the course of their lives completely. They experience unfathomable consequences of the Synth’s presence in their lives. ‘Humans’ is a thought-provoking sociological thriller series.

Created by Sam Vincent and Jonathan Brackley, the show stars Gemma Chan and Katherine Parkinson in lead roles. Like ‘The Peripheral,’ this show explores the central theme of humanity’s cultural and psychological reaction to the rise of technology. 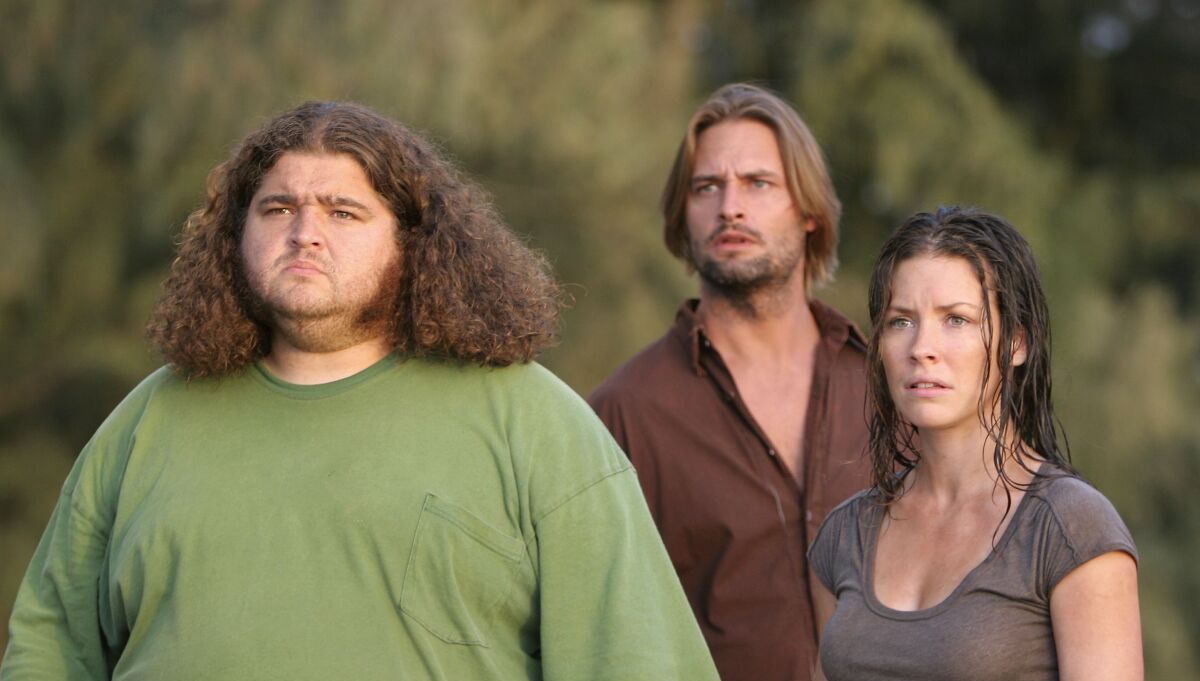 ‘Lost’ is the story of a group of survivors from an aircraft crash who are stuck on a small island in the South Pacific. As they aim to cooperate to survive on the island, the individuals start to suspect they might not be alone. Created by Jeffrey Lieber, J. J. Abrams, and Damon Lindelof, ‘Lost’ is similar to ‘The Peripheral’ as it also offers mind-bending entertainment. It is fast-paced, gripping, and presents a refreshing story only a few other shows. Consequently, the show combines aspects of science fiction and supernatural horror while including plenty of flashbacks throughout several narratives. 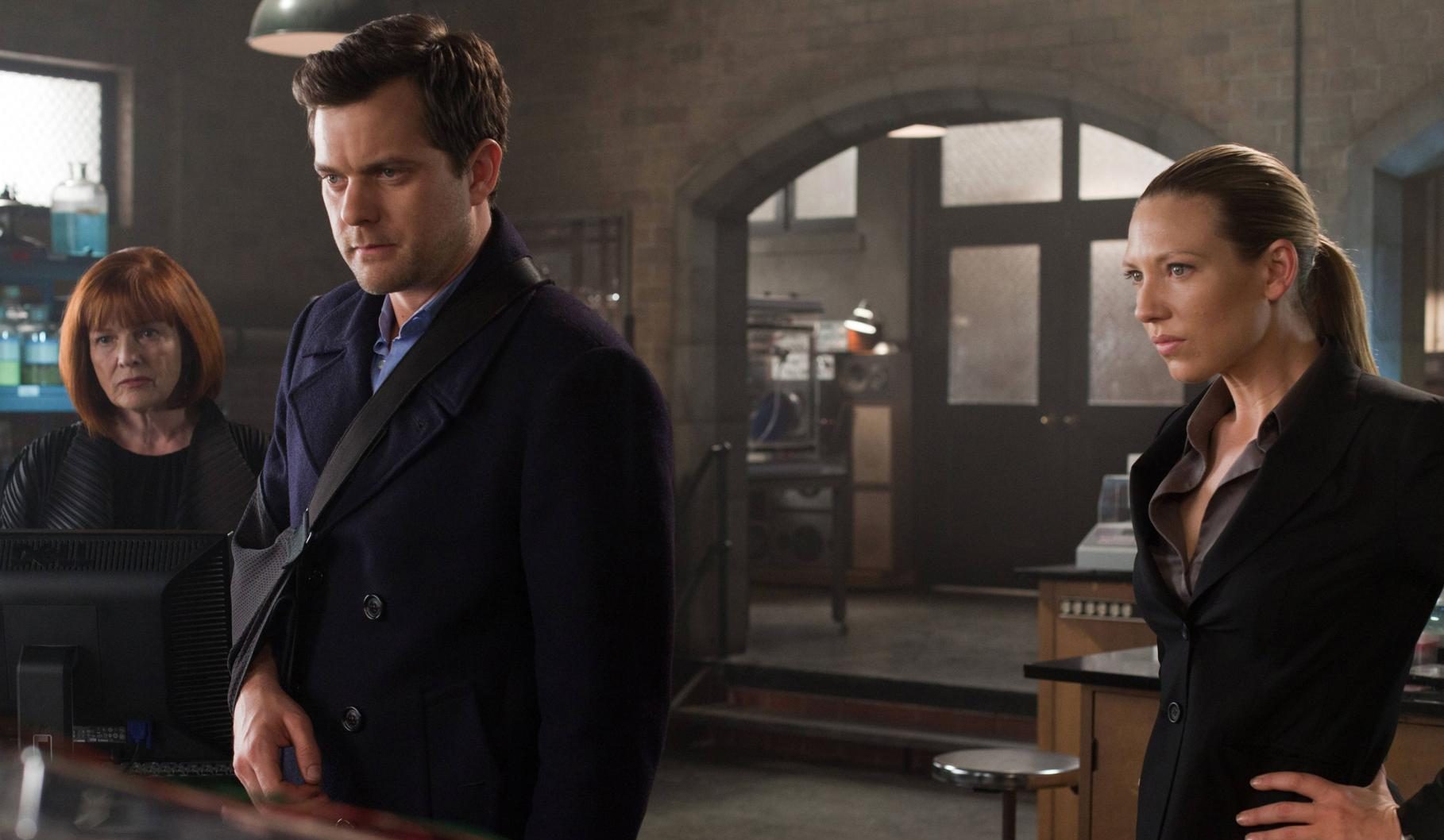 To examine all facets of fringe science, an FBI special agent named Olivia Dunham must collaborate with a crazy scientist named Walter Bishop and his son Peter Bishop. The show merges science fiction elements with those of supernatural worlds. Featuring Anna Torv, John Noble, Joshua Jackson, and Jasika Nicole, the series features an alternate reality that is similar to the one in ‘The Peripheral.’ However, ‘Fringe’ has a different mystery to solve in every episode, while ‘The Peripheral’ presents an overarching plot around another reality. 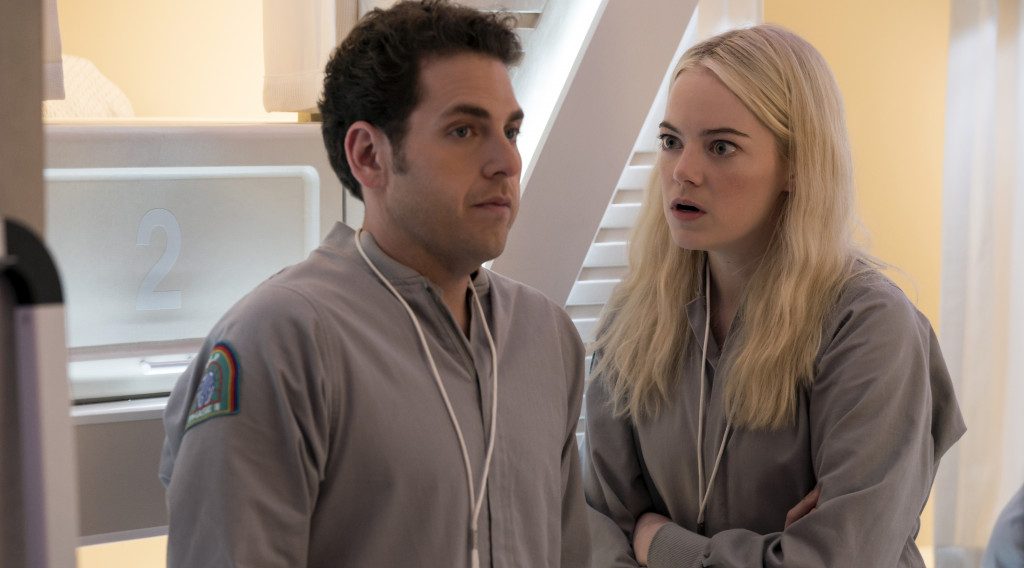 ‘Maniac,’ a captivating Netflix miniseries starring Emma Stone and Jonah Hill, is the story of two strangers who participate in a drug trial and develop an enigmatic subconscious link during the test. The series is a roller coaster from beginning to end, with their psychological explorations taking them to settings ranging from elven fantasy worlds to 1980s Long Island.

Both protagonists agree to the trials because of their own separate reasons. Moreover, the substance causes vivid dreams that let the participants view various versions of themselves in imaginative settings. Despite not having alternate universes, ‘Maniac’ does reveal a better version of the central characters on a strange planet, which is similar to ‘The Peripheral.’

The series, based on Philip K. Dick’s novel of the same name, is set in a dystopian world. It showcases the world’s situation if World War II had ended differently. The Axis powers emerge victorious in this twisted sci-fi tale. The protagonist finds a bunch of films, that show what a different world would look like. The films in question, depict parallel worlds where the Allied powers have triumphed. This sparks hope in people as they aspire to live in a better environment. Created by Frank Spotnitz, ‘The Man in the High Castle’ is compelling to watch thanks to its intriguingly intricate storyline and impressive performances. Both ‘The Peripheral’ and ‘The Man in the High Castle’ make frequent parallels to alternate universes.

For any fan of science fiction narrative, ‘Westworld‘ is worth a watch because of its mind-bending aspects, brave narrative decisions, and one of the best television ensembles ever assembled. In a refreshing take, the series features a Western-theme park that allows people to be in contact with robots. Things go awry when the robots start to go out of control.

Created by Jonathan and Nolan Lisa Joy, the dystopian science fiction show is based on Michael Crichton’s 1973 film of the same name. Starring Evan Rachel Wood, Thandiwe Newton, James Marsden, Luke Hemsworth, and Tessa Thompson, among several others, the show offers a window for us to see the pros and cons of technology. Along the lines of ‘The Peripheral,’ this show enables us to view technology as a layer of society rather than a standalone facet. 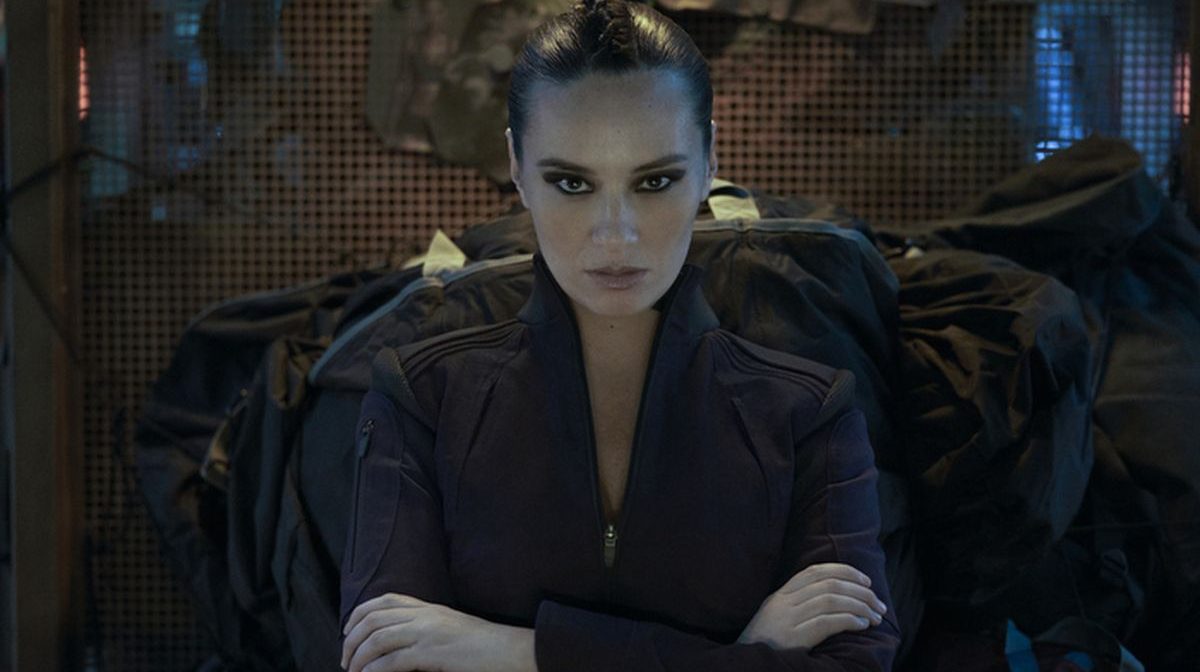 In a far-off future where Earth and Mars are on the verge of war and humanity has colonized the solar system, a tough investigator and the captain of a renegade ship team up to look into a missing person case that turns into something much more. Based on James S. A. Corey’s novel series of the same name, the show captivates viewers with its intriguing realms and compelling characters.

Developed for the screen by Mark Fergus and Hawk Ostby, ‘The Expanse’ is a fantastic sci-fi series that presents a bright and absorbing plot of epic proportions. Furthermore, like ‘The Peripheral,’ this series also focuses on an alternate world where humans go to the extent of colonizing the entire solar system. 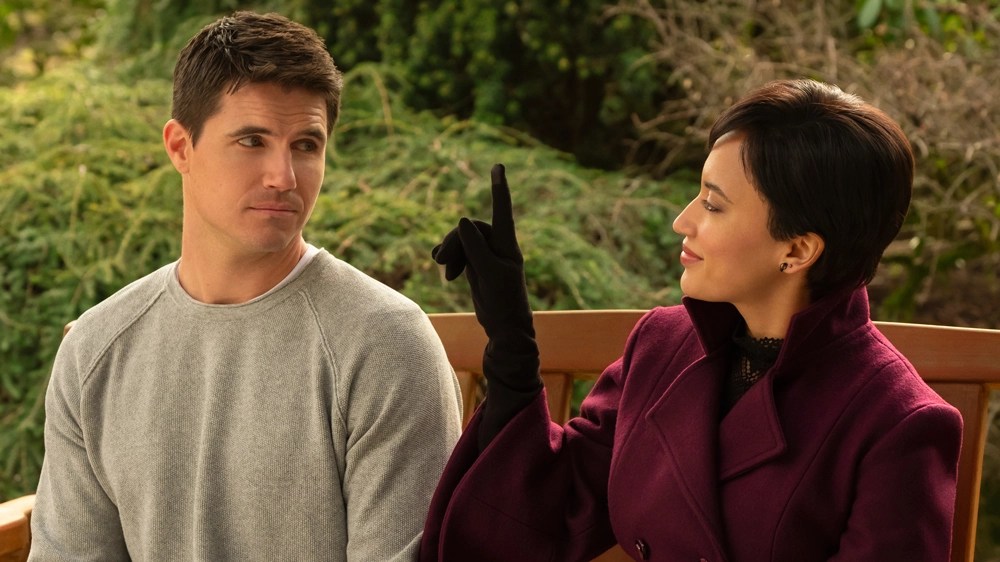 Greg Daniels’s ‘Upload’ narrates the story of a man’s afterlife experience. After his death, Nathan Brown gets to choose his own virtual afterlife and adjusts to the strange, new world. ‘Upload’ sets up a digital haven for dead people and poses a reality that relies on the growth of technology. Featuring Robbie Amell, Andy Allo, and Allegra Edwards in pivotal roles, the Amazon Prime Orginal series uses the comedy-drama genre to highlight the unique themes. The afterlife in ‘Upload’ and the alternate reality in ‘The Peripheral’ are very similar in the sense that humans get to experience a sort of out-of-body experience in strange lands.