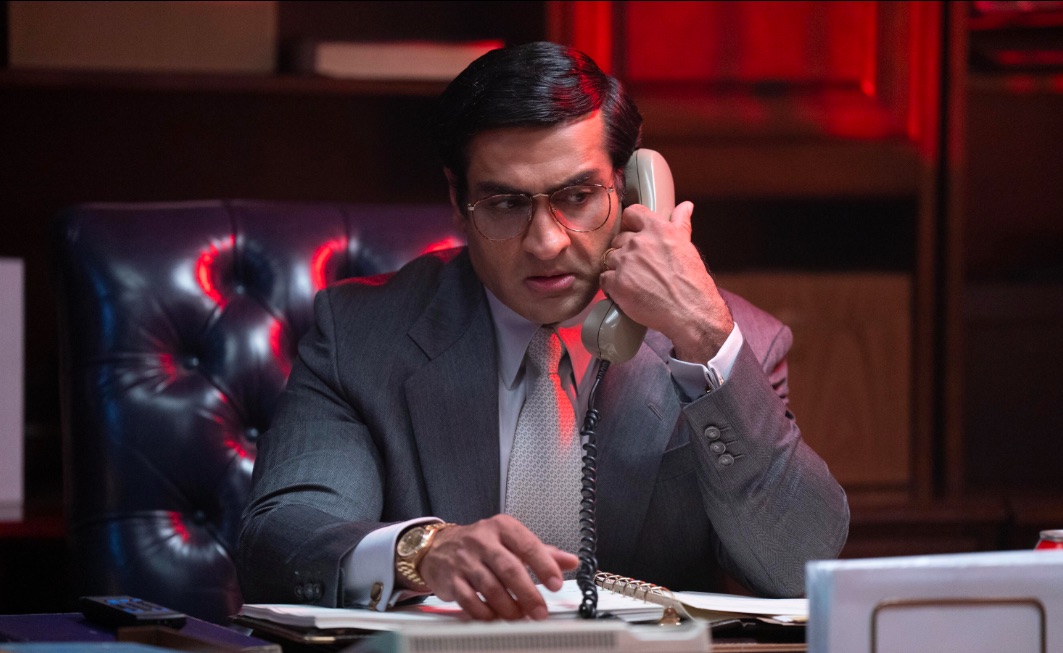 Hulu’s ‘Welcome to Chippendales’ revolves around an Indian immigrant who embarks upon a journey to fulfill his American Dream. He journeys through America in this biographical drama series interweaved with ambition, murder, and sex. Somen ‘Steve’ Banerjee does everything in his power to become successful. Eventually, he creates the first-ever stripping bar with male performers. However, in mere 10 years, he gets embroiled in a murder case that threatens his wealth and reputation. It is an adaptation of ‘Deadly Dance: The Chippendales Murders’ by K. Scot Macdonald and Patrick MontesDeOca.

Created by Robert Siegel, the miniseries explores the dynamics of making it big in a squandering world. Steve has to face numerous challenges before he can get what he desires most. Furthermore, the ambitious tale of debauchery and greed navigates how vicious success can be when a person sees nothing beyond it. If you loved watching Steve’s rise and eventual downfall in his ambitious adventure, then the following tumultuous expeditions of people to become successful in life are ideal for you. You can watch most of these shows similar to ‘Welcome to Chippendales’ on Netflix, Hulu, or Amazon Prime. 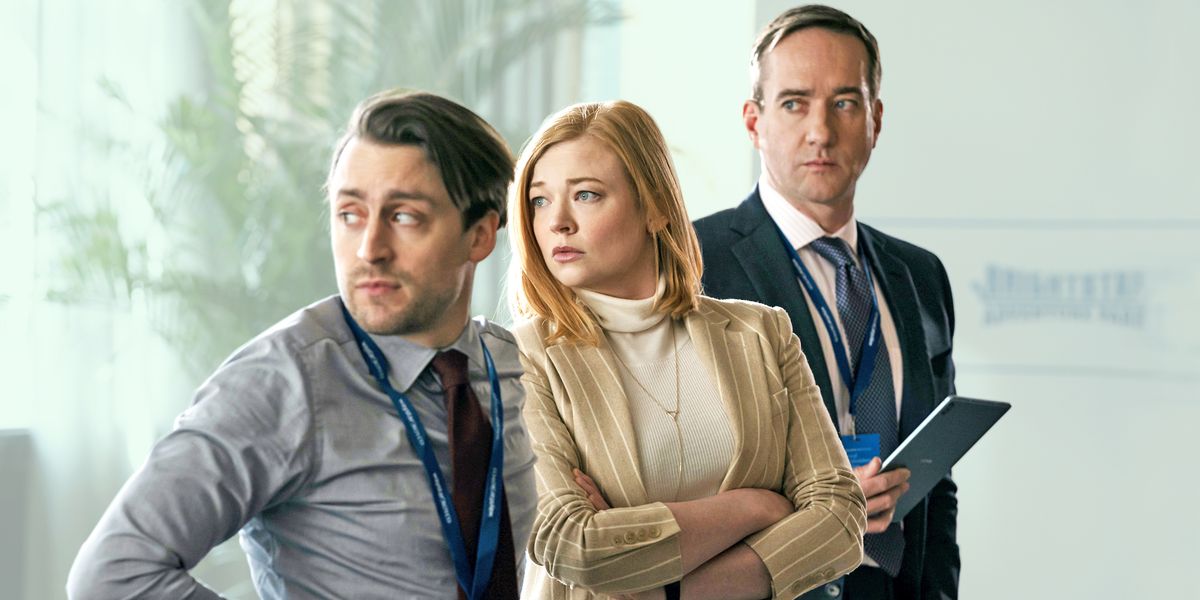 A dark and satirical portrayal of wealth and power, with complex characters and a gripping narrative, is the perfect description of ‘Succession.’ The HBO drama series, created by Jesse Armstrong, follows the story of the powerful and dysfunctional Roy family. Led by Logan Roy, a ruthless and cunning patriarch who is nearing the end of his career, the family controls one of the biggest media and entertainment conglomerates in the world.

All of a sudden, as Logan’s health begins to decline, he must decide which of his four children will take over the company. Consequently, the children jockey for power and position within the company, and they must also grapple with their own personal issues and complications, including addiction, infidelity, and mental illness. The thirst for more power and wealth, along with using underhanded ways of getting it, are simultaneously prevalent in both ‘Welcome to Chippendales’ and ‘Succession.’

Created by Mike Judge, John Altschuler, and Dave Krinsky, Silicon Valley’ is a comedy series that narrates the story of a group of young tech entrepreneurs as they try to build a startup company in Silicon Valley. It centers around Richard Hendricks, a shy and brilliant programmer who is trying to launch his own startup called Pied Piper. With his friends and colleagues, Richard must navigate the cutthroat world of tech startups and deal with a range of obstacles, including competition, funding, and office politics.

Moreover, the show is a satirical and irreverent look at the tech industry, with clever writing and a talented ensemble cast. Apart from compelling performances by Thomas Middleditch, Josh Brener, Martin Starr, and Kumail Nanjiani, both shows have the ambition to make it big in common. The characters in both shows are driven by their motivation to live their dream life. 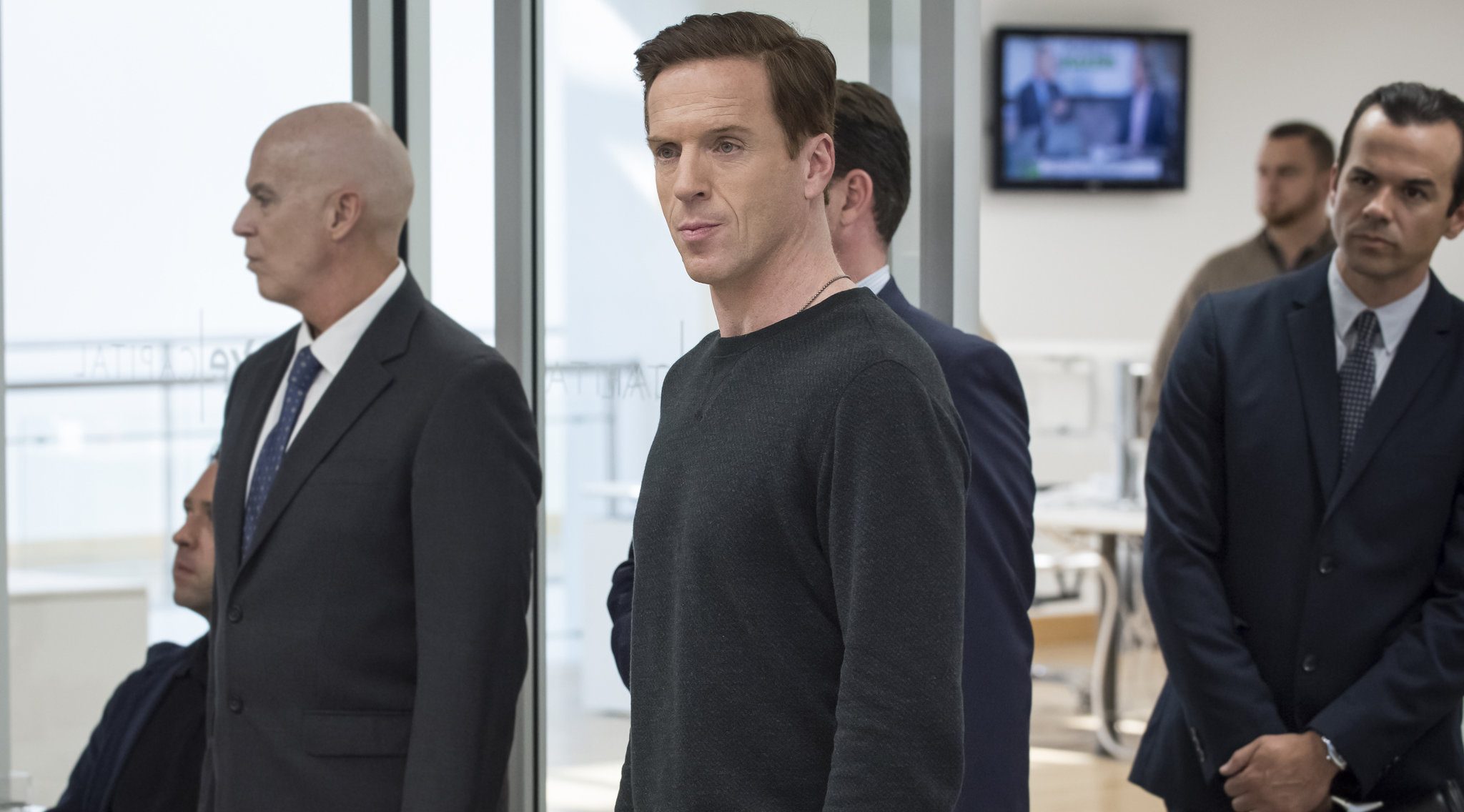 The Showtime series ‘Billions‘ follows the story of Bobby Axelrod, a billionaire hedge fund manager, and Chuck Rhoades, a U.S. Attorney who is determined to bring him down. The drama show explores the complex relationships between these two men. Moreover, the cutthroat world of high finance and the legal system in New York City is shown. Emphatically, it features an all-star cast with a great plot. Andrew Ross Sorkin, Brian Koppelman, and David Levien serve as the program creators. The competitiveness and the merciless actions of the protagonists are along similar lines in ‘Billions’ as well as ‘Welcome to Chippendales.’ 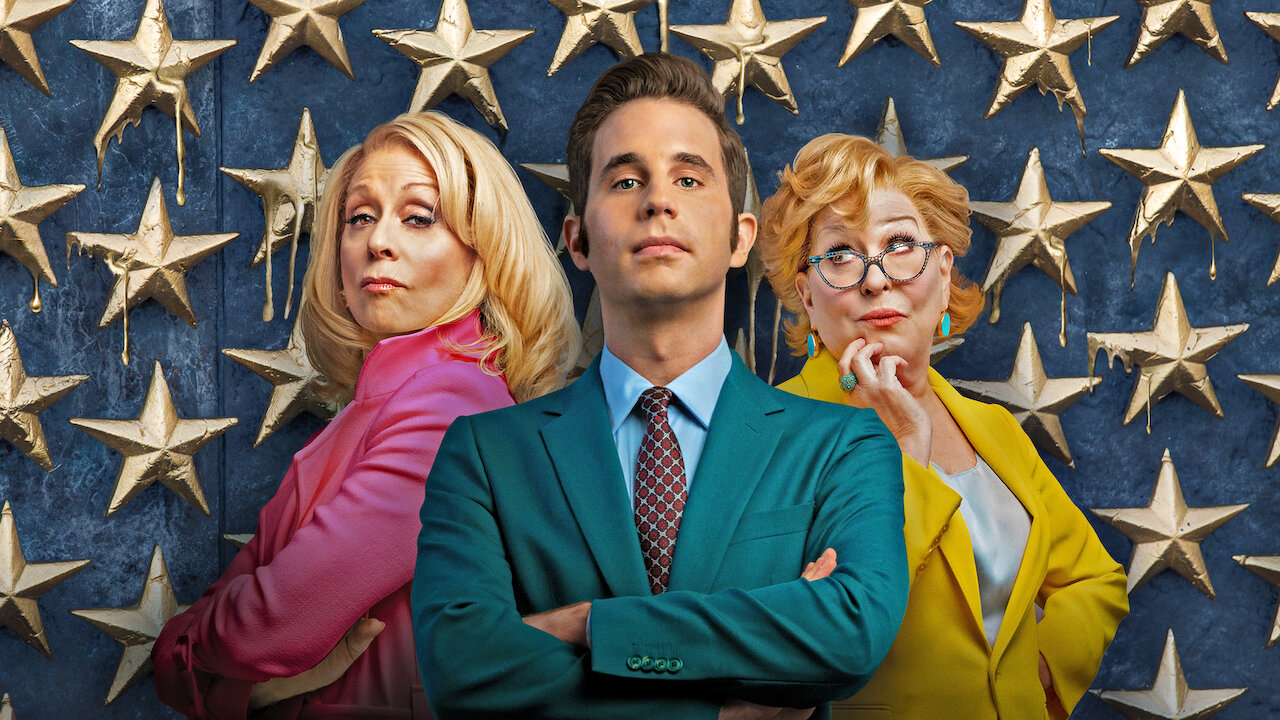 Centered on the story of Payton Hobart, ‘The Politician’ is a comedy-drama show on Netflix. The wealthy student from Santa Barbara, California, has known since age 7 that he will one day be the President of the United States. The show is created by Ryan Murphy, Ian Brennan, and Brad Falchuk. Subsequently, it follows Payton as he navigates the cutthroat world of high school politics and begins his journey to the top. Along the way, he is aided by his loyal friends and hindered by his political rivals, including his wealthy classmate Astrid. These facets are akin to Steve’s journey to the top in his field in ‘Welcome to Chippendales.’ 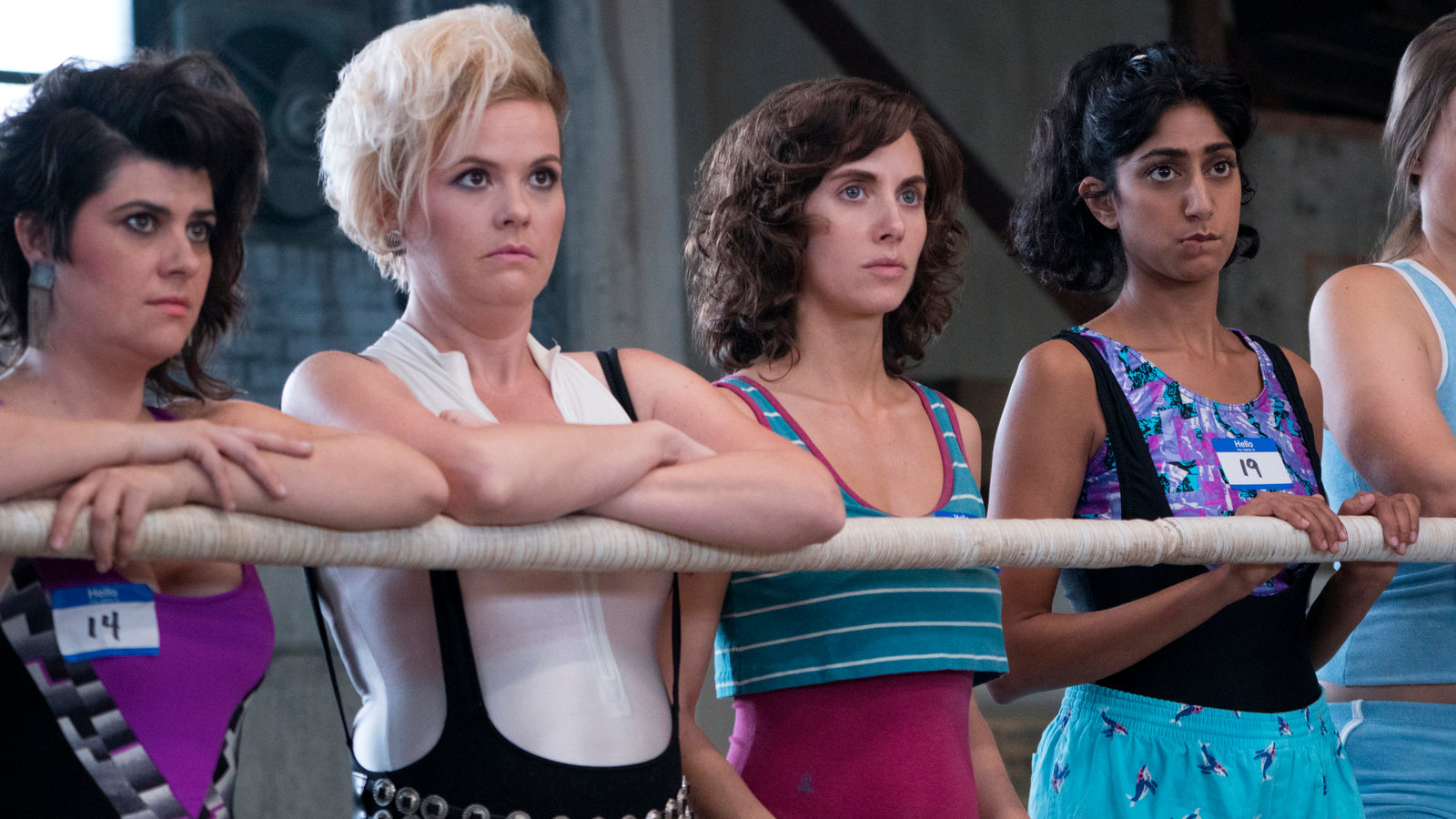 Gorgeous Ladies of Wrestling or ‘GLOW‘ is a comedy-drama series set in the 1980s. The Netflix series follows the story of Ruth Wilder, a struggling actress who auditions for a women’s professional wrestling promotion called the Gorgeous Ladies of Wrestling. Developed by Liz Flahive and Carly Mensch, the show follows the lives and personal relationships of the diverse group of women who are part of the promotion. They navigate the world of showbiz, fame, and their own personal struggles.

It features an ensemble cast and has received critical acclaim for its writing, performances, and portrayal of complex female characters. As Chippendales features the challenges of a revue, ‘Glow’ shows how women struggle to consolidate their position in the world of wrestling. 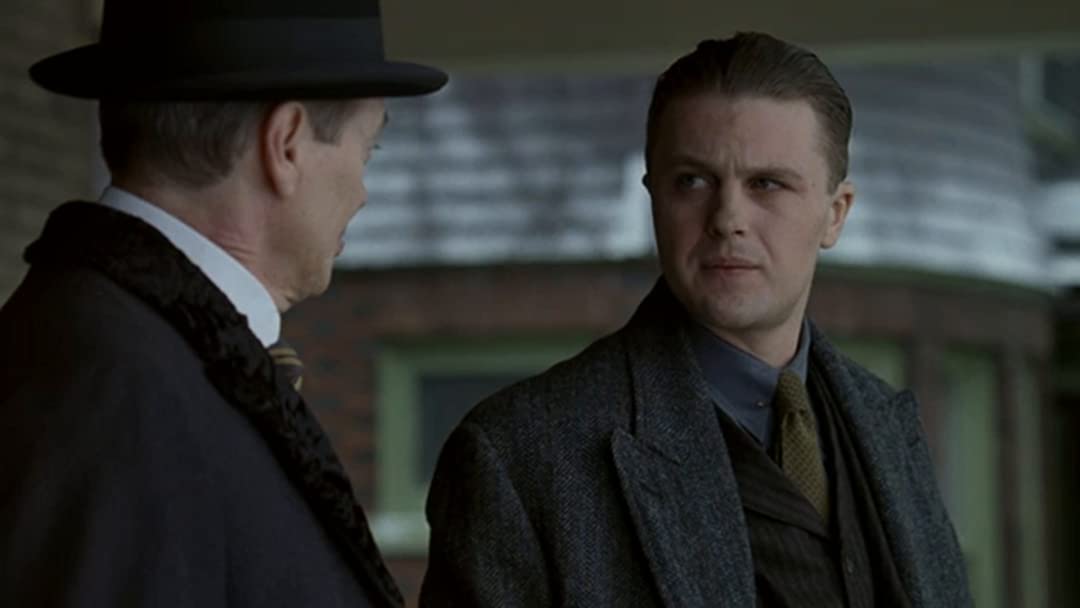 Created by Terence Winter, ‘Boardwalk Empire’ is a period drama series that aired on HBO. It is set in Atlantic City, New Jersey during the Prohibition era and follows the story of Nucky Thompson, a political figure who becomes involved in the illegal alcohol trade. The show explores the world of organized crime and corruption in the 1920s and 1930s.

Moreover, it features an all-star cast and received critical acclaim for its writing, performances, and historical accuracy. Nevertheless, the protagonists Nucky and Steve are willing to go to any lengths to establish their rightful place in the world. They would go even further to sustain their reputation. 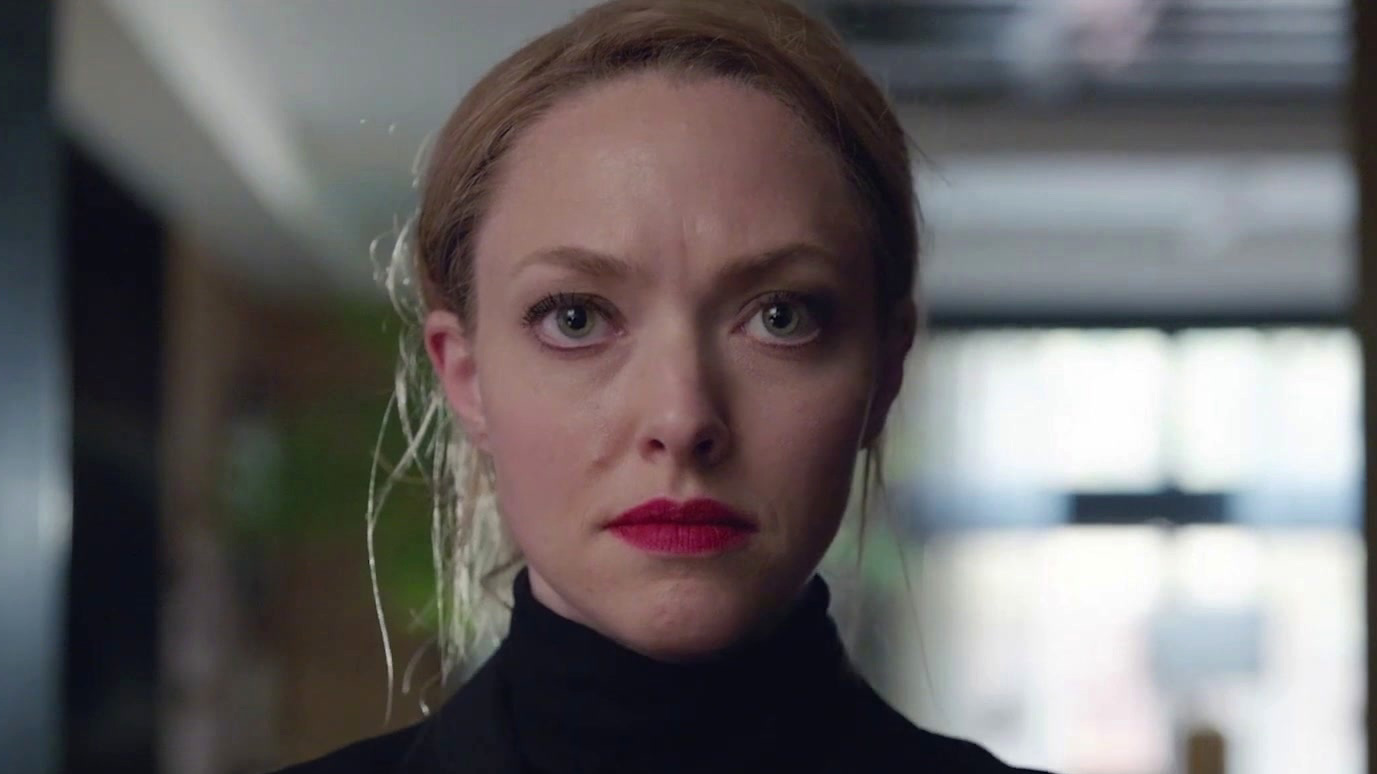 Developed by Elizabeth Meriwether, ‘The Dropout’ dissects the experiences of Elizabeth Holmes. She introduces an innovative healthcare tech made to help people. Thereafter, things go awry when the users are put at risk. Consequently, the show charts Holmes’ efforts to keep herself together as she deals with one of her life’s worst failures.

Likewise, ambition and popularity take a darker turn in this series. Rebecca Jarvis’s eponymous podcast is the source material for ‘The Dropout.’ While Steve is not a fraud in ‘Welcome to Chippendales,’ both Holmes and Steve use deception and lies to cover their tracks and save themselves from the blunder. 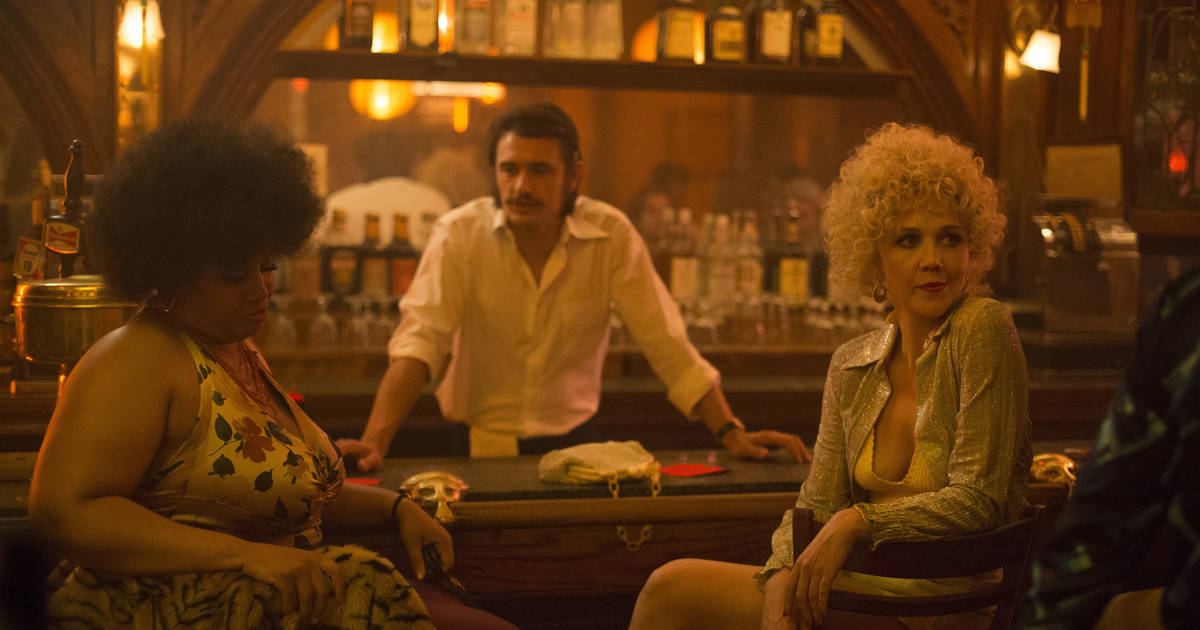 Eventually, as these characters navigate the seedy and dangerous underworld of the Deuce, they must also deal with the changing social and political climate of the time, including the feminist and LGBTQ movements and the growing HIV/AIDS crisis. Concurrently, strong character arcs and the operations of the shady sex industry sit at the center of the plot for both ‘The Deuce’ and ‘Welcome to Chippendales.’ 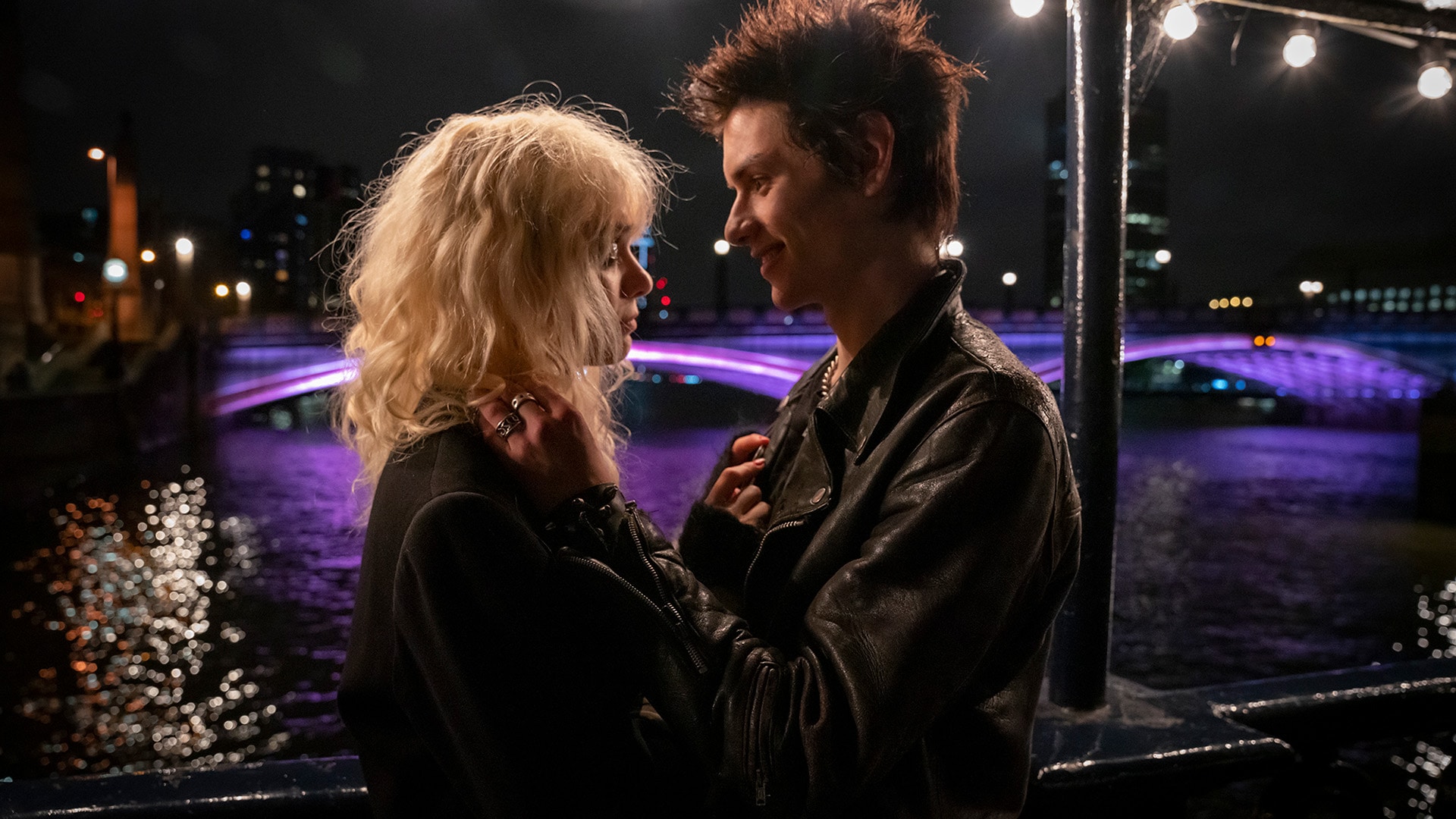 ‘Pistol’ revolves around the members of the revolutionary punk band Sex Pistols as they explode onto the British music scene and impact everything around them for a long time. The band is comprised of troublemakers who love the taste of rebellion. With their tunes and beats, they manage to change the face of music and British culture completely.

Created by Craig Pearce, it is adapted from ‘Lonely Boy: Tales from a Sex Pistol,’ a memoir by Steve Jones, an English guitarist and former member of the band. Correspondingly, both ‘Pistol’ and ‘Welcome to Chippendales’ have an epically chaotic journey toward achieving their dreams. Evidently, the shows reflect the tumultuous path the protagonists undertake for their futures’ sake. 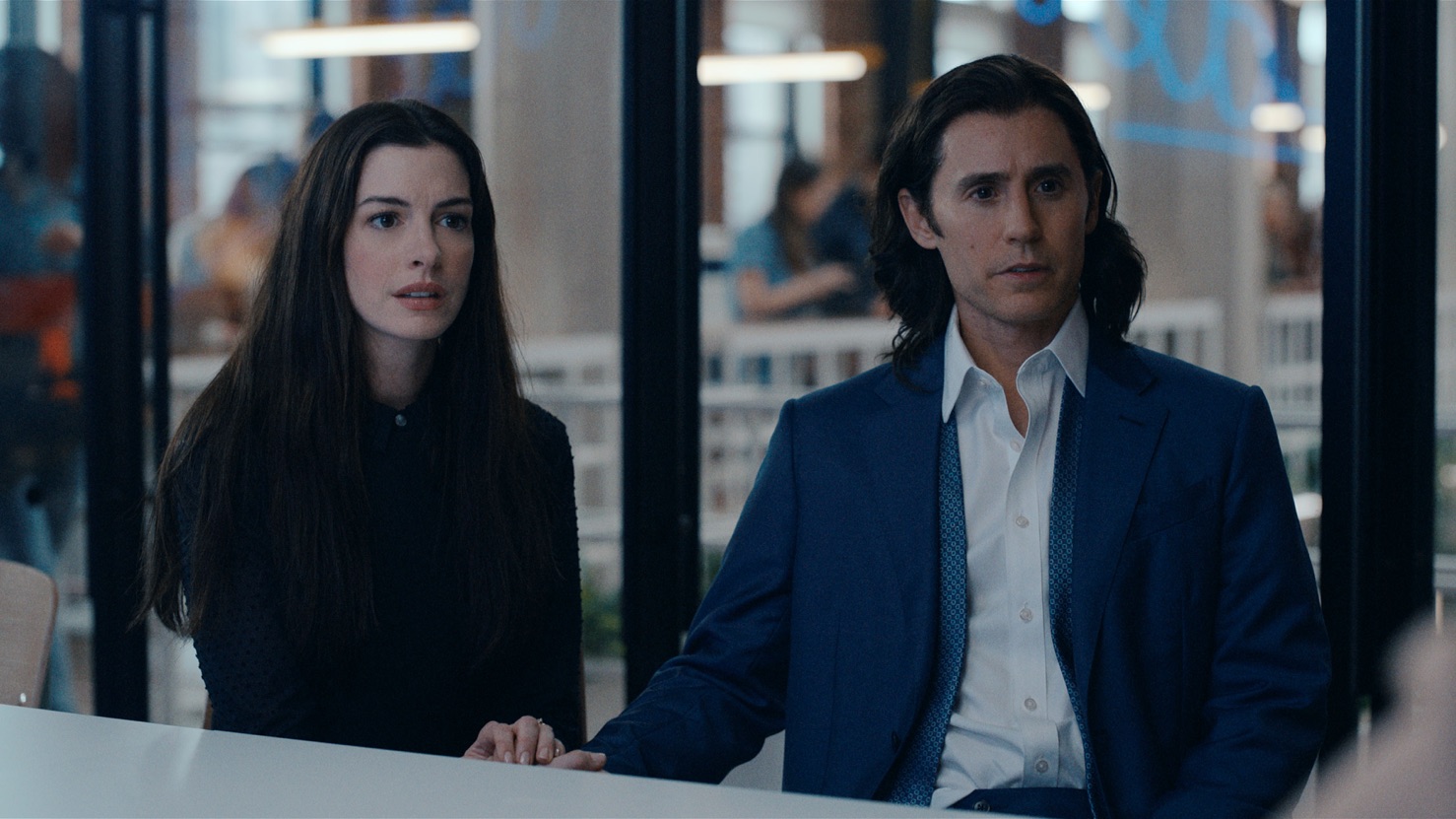 Very similar to the sudden success and unfortunate plummet of Chippendales, ‘WeCrashed’ recounts the rise and fall of WeWork, a coworking space firm. The Apple TV+ miniseries explores how the startup rose to success at the peak valuation of billions. Moreover, it also showcases the complications in the life of a married couple as they eventually witness their startup’s downfall. The show is based on Wondery’s podcast ‘WeCrashed: The Rise and Fall of WeWork.’

Not to mention, the financial crisis and its ultimate revelation prove to bring the startup to a new low. Created by Drew Crevello, the show aspires to narrate the way a real-life couple, Adam and Rebekah Neumann, navigated through their professional life’s rollercoaster ride. As in the case of WeWork, Chippendales falls as quickly as it rises, bringing Steve’s dreams to an end.

Read More: When and Why was Chippendales in Los Angeles Closed?