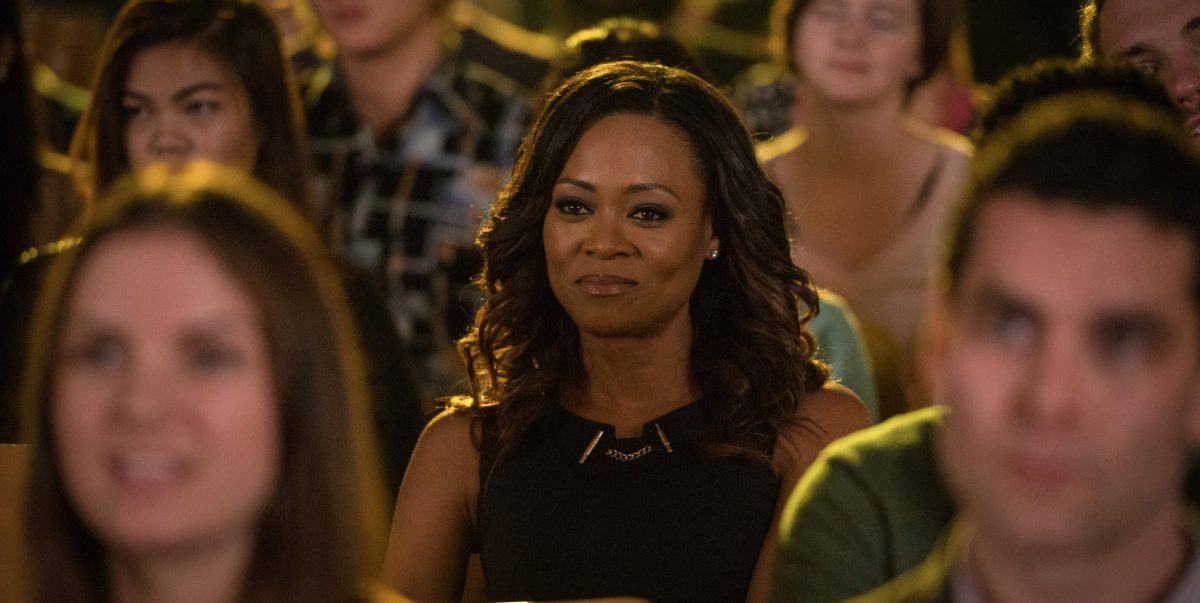 Hulu’s boxing-themed drama series ‘Mike’ revolves around the true story of the legendary boxer Mike Tyson. The third episode of the show follows Tyson’s relationship and marriage with actress Robin Givens. After a tumultuous life together, they separate, especially after Robin’s revelation that she is a survivor of domestic violence while talking in an interview on national television.

Since the particular episode sows seeds of curiosity among the viewers’ minds concerning the current whereabouts of Robin, we have found out more information about the same. If you are eager to know about Robin’s life after her separation from Tyson, let us share our findings!

Who is Robin Givens?

Robin Givens was born on November 27, 1964, in New York City, New York, to Ruth Roper and Reuben Givens. At the age of 14, Robin made her film debut by appearing in a minor role in the 1978 film ‘The Wiz.’ After appearing in a few television projects, Robin had her breakthrough in 1986 by being a part of ABC’s sitcom ‘Head of the Class,’ in which she plays one of the main characters Darlene Merriman. In 1987, she started dating Mike Tyson, and they eventually married on February 7, 1988.

However, in September 1988 joint interview with Tyson in 20/20, she described her life with Tyson as “torture… pure hell… worse than anything I could possibly imagine.” In October 1988, as per reports, Robin filed for divorce, which was finalized in February 1989. After her divorce from Tyson, Robin continued to be a part of several TV shows such as UPN’s sitcom ‘Sparks,’ ‘Tyler Perry’s House of Payne,’ ‘90210,’ and many more. She also appears in the 1992 film ‘Boomerang’ among many others.

In 1993, the actress adopted her first son Michael “Buddy” Givens. In 1997, Robin married her tennis instructor Svetozar Marinković, although their life together lasted only a few months. She welcomed her second son William “Billy” Givens-Jensen, in 1999 with Murphy Jensen. In 2007, Robin published ‘Grace Will Lead Me Home,’ a memoir about the history of domestic violence that has affected her family for three generations.

Where is Robin Givens Today?

Robin Givens continues to be a significant presence in the entertainment industry. She plays Jada Jet in The CW’s superhero series ‘Batwoman,’ Sierra McCoy in The CW’s supernatural series ‘Riverdale,’ Stephanie Carlisle in ‘Ambitions,’ Julianne Johnson in ABC’s ‘The Fix,’ and Dr. Phillips in CBS’ ‘The Bold and the Beautiful.’ Her other recent projects include ‘He’s Not Worth Dying For,’ Steven Soderbergh’s ‘Kimi,’ ‘Queens,’ and ‘Last Looks.’ She also reprises her ‘Head of the Class’ character Darlene in the eponymous HBO Max reboot.

As per reports, Robin, as the director, is currently engaged with the post-production of a mockumentary titled ‘The Nana Project.’ She made her directorial debut with a TV movie titled ‘A Murder to Remember.’ She also directed an episode of ‘Dynasty’ and two episodes of ‘Riverdale’ as well. ‘Haunted Trail,’ ‘A Jenkins Family Christmas,’ and ‘Favorite Son’ are the other projects Robin helmed. The actor and director is also one of the directors of ‘Horror Noire.’ Apart from appearing, she served as the executive producer of ‘The Products of the American Ghetto’ and the associate producer of ‘Dreams I Never Had’.

As far as Robin’s current relationship status is concerned, the actress has chosen to keep the same private. She is close with her two sons. Recently, Robin and her ex-partner, Murphy Jensen, have spent time together celebrating the graduation of their son William “Billy” Givens-Jensen. Robin has been a spokesperson for the National Domestic Violence Hotline, a confidential hotline for anyone affected by domestic violence, intimate partner violence, and relationship abuse.

Read More: Who Was Mike Tyson’s Biological Father? Is He Dead or Alive?