Where Was Hallmark’s A Kismet Christmas Filmed? Who is in the Cast? 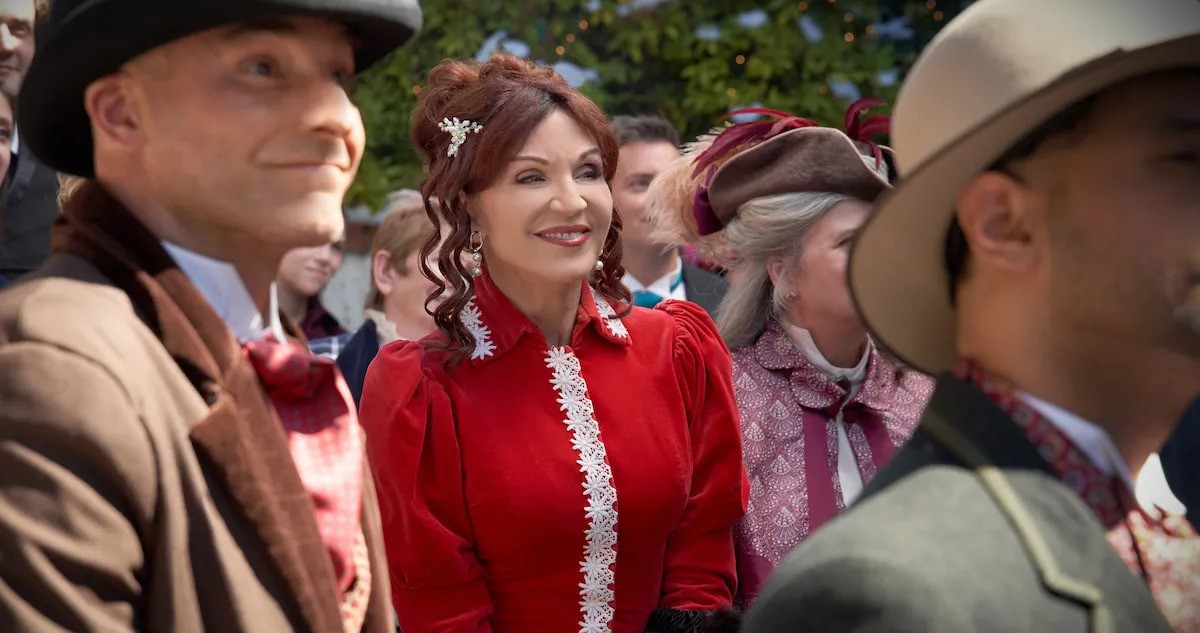 Directed by Mark Jean, Hallmark’s ‘A Kismet Christmas’ is a Christmas romantic movie that revolves around a children’s book author named Sarah, who returns to her hometown after several years. There, she reconnects with her family and her teenage crush, Travis. Sooner than expected, she realizes that a long-held family legend might turn out to be true.

The romantic narrative, coupled with the theme of the festive season, makes for an entertaining watch, keeping the viewers hooked from the beginning to the end. At the same time, the Holiday setting against the backdrop of some interesting locations is bound to make one curious about the actual filming sites of ‘A Kismet Christmas.’ Luckily, we have gathered all the necessary details regarding the same!

‘A Kismet Christmas’ was filmed entirely in British Columbia, specifically in Victoria. The principal photography seemingly commenced in early August 2022 and wrapped up within the same month, in late August. British Columbia’s vast and diverse landscape, which consists of sandy beaches, lush green forests, rocky coastlines, mountains, lakes, inland deserts, and grassy plains, makes it a suitable production location for different kinds of projects, including the Hallmark romance.

The province’s economy depends on various sectors, including mining, forestry, filmmaking, media and communication, wholesale, real estate, tourism, construction, and retail. Now, without much ado, let’s follow Sarah as she returns to her hometown and learn about the specific sites that appear in the movie!

All the pivotal sequences for ‘A Kismet Christmas’ were lensed in and around Victoria, British Columbia’s capital city and the seventh most densely populated city in Canada. From the looks of it, the cast and crew members seemingly traveled across the city to tape different scenes against suitable backdrops, including on Vernon Avenue.

Located on the southern tip of Vancouver Island off Canada’s Pacific coast, Victoria is the southernmost major city in Western Canada. Despite the majority of modern architecture in its cityscape, it has retained several historic buildings simultaneously, including the British Columbia Parliament Buildings and the Empress Hotel. Also known as Garden City, Victoria is considered a popular tourist destination as millions of tourists visit the city each year, influencing the economy significantly.

Victoria is home to several places of interest, including historical museums and galleries. Some popular ones are the Gothic Christ Church Cathedral, the Emily Carr House, the 1852 Helmcken House, the 1845 St. Ann’s Schoolhouse, the Royal British Columbia Museum, the Maritime Museum of British Columbia, and the Art Gallery of Greater Victoria.

Apart from the tourists, Victoria is frequented by many filmmakers for shooting purposes. The city has hosted the production of numerous different movies and TV shows over the years; some are ‘Deadpool 2,’ ‘Scary Movie,’ ‘The Boy,’ ‘Reginald the Vampire,’ and ‘Gracepoint.’

Sarah Ramos portrays Sarah in the Hallmark movie. You may recognize Ramos from her roles in ‘Parenthood‘ and ‘Winning Time,’ ‘The Boy Downstairs’ and ‘The Affair.’ On the other hand, Carlo Marks essays the role of Travis. The actor may look familiar to you because he has been featured in many hit TV shows like ‘The 100,’ ‘The Flash,’ ‘Smallville,’ and ‘Pretty Little Liars.’