Fast & Furious Crossroads: Everything We Know 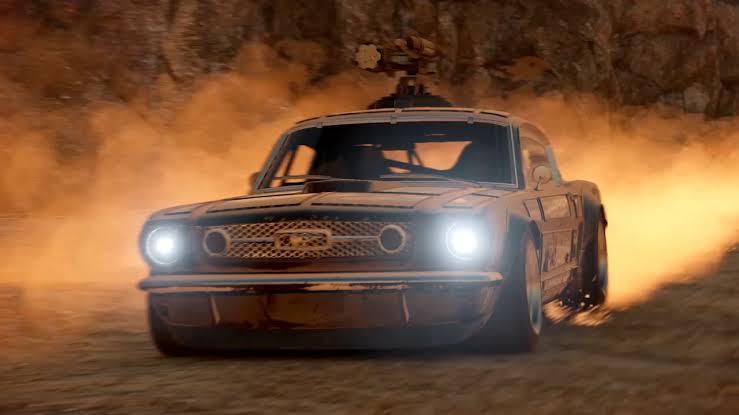 A lot of movie franchises would make for great video games as well. For example, lately, I’ve been reflecting that ‘John Wick’ could make for a great action RPG game, especially considering that the world already lends itself very well to the medium.

One movie franchise I haven’t thought similarly about is the ‘Fast & Furious’ series starring the likes of Vin Diesel and Dwayne “The Rock” Johnson among others. While I find the movies to be enduringly enjoyable, I’m not sure how well that would translate to a video game.

Fast and Furious Crossroads Gameplay: What to Expect?

Since ‘Fast & Furious Crossroads’ was only recently announced in December 2019, we don’t have a whole lot to go on, other than a press release and a reveal trailer. The new entry will reportedly be a team-based vehicular heist action game featuring an entirely original storyline set in the ‘Fast & Furious’ universe.

The webpage for the game describes it as follows:
“Featuring an authentic storyline, and packed with heroes, gadgets, cars and non-stop cinematic-style action, Fast & Furious Crossroads will deliver pulse-pounding gameplay both in single-player story mode and a soon-to-be-revealed multiplayer mode.”

What we do know is that ‘Fast & Furious’ movie stars Vin Diesel, Michelle Rodriguez and Tyrese Gibson will reprise their roles as Dominic “Dom” Toretto, Leticia “Letty” Ortiz and Roman Pearce respectively, in the upcoming game. They will also be joined by ‘The Walking Dead’ star Sonequa Martin-Green and ‘John Wick: Chapter 3 – Parabellum’ star Asia Kate Dillon as part of the main cast.

Generally speaking, the movie tie in video games do not have the best of records. In fact, most end up being low-quality experiences that don’t last particularly long in memories. However, ‘Fast & Furious Crossroads’ is being developed by Slightly Mad Studios, the good folks behind racing games such as ‘Need for Speed: Shift’ and the superlative ‘Project CARS 2’, which is definitely a very good sign for the game’s prospects for a successful launch.

Given the roots of the ‘Fast & Furious’ franchise and the developers behind the upcoming game, we can expect ‘Fast & Furious Crossroads’ to place a heavy emphasis on racing and driving combat. Slightly Mad Studios have a very good pedigree in terms of crafting satisfying driving mechanics, whether they are more arcadey as in the ‘Need For Speed’ series or more realistic racing mechanics as in the ‘Project CARS’ games.

Judging by the reveal trailer, you’ll be commandeering a variety of vehicles in ‘Fast & Furious Crossroads’ ranging from sports cars, muscle cars to even futuristic armored tanks straight out of science fiction.

Of course, the ‘Fast & Furious’ movies have always been bombastic in nature, and the upcoming game seeks to carry on that legacy. Huge action set pieces and a dramatic narrative are hinted at in the short reveal trailer as well as copious amounts of car combat with a variety of weapons and other equipment.

The developers have also emphasized the heist aspect of ‘Fast & Furious Crossroads’, which suggests that the game’s plotline will revolve around a crew of agreeable outlaws planning and executing a daring heist involving fast cars and heavy explosives.

Entering into speculative territory, it would be nice if ‘Fast & Furious Crossroads’ features a car customization system of some sort. Cars are a huge focus in both the movies and in Slightly Mad Studio’s erstwhile projects, and players will relish the opportunity to live out their ‘Fast & Furious’ fantasies at the wheel of their own custom ride.
Another nice thing to have would be more polished graphics since the game’s visuals, as shown in the reveal trailer, look decidedly last-gen.

Fast and Furious Crossroads Developers: Who Are the People Behind the Game?

‘Fast & Furious Crossroads’ is being published by Bandai Namco Entertainment.

‘Fast & Furious Stars’ Vin Diesel, Michelle Rodriguez, and Tyrese Gibson will star in the game as well, along with Sonequa Martin-Green from the ‘Star Trek: Discovery’ TV series and Asia Kate Dillon from the drama show ‘Billions’.

Fast and Furious Crossroads Release Date: When and Where Can I Play It?

‘Fast & Furious Crossroads’ will be available to play on a number of platforms including PlayStation 4, Xbox One and PC.

You can watch the reveal trailer for ‘Fast & Furious Crossroads’ right here.