Everything We Know About Fast and Furious 9 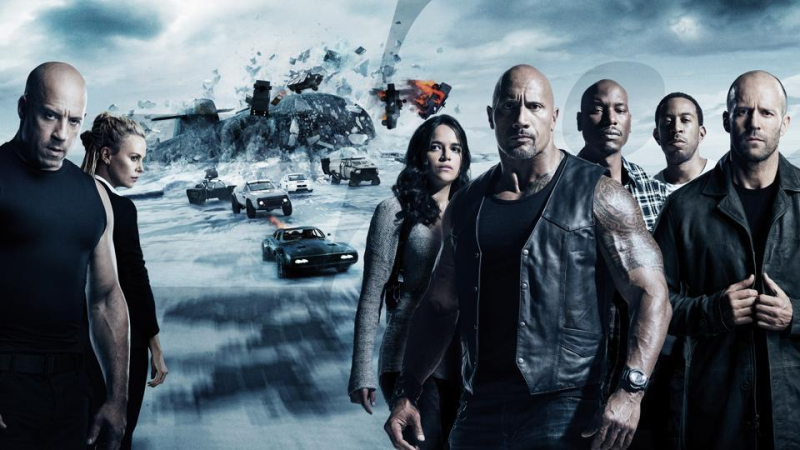 I consider ‘The Fast and The Furious’ to be among the unlikeliest of franchises, and its commercial success proves and simultaneously disproves what I just said, on so many levels. I mean, what could a franchise about street racing with swanky pimped up cars and with occasional high octane action that has been significantly pumped up in later movies, quite possibly have to say that lasted eight movies, and now a ninth and tenth too? On the other hand, every time one of those releases, I have positively found myself at the cinemas, waiting for what hell the gang is about to unleash.

If I am to state it lightly, the script for all of the eight released Fast and Furious films could actually fit into my pocket diary, yet still, the franchise has established something that keeps the audience coming back for more, even if it is essentially the same thing that is being offered. There is no denying that the franchise has developed its own formula for success and is happy to stick to it, no matter what the critics have to say. The numbers on the other hand keep growing with every one of its subsequent movies.

A number of specialists and analysts had earlier stated that the $1 Billion cume of the seventh was due to the emotional farewell to Paul Walker, owing to his untimely passing away while he was shooting for the seventh film in production; but the eighth one went out and did the same, breaking numerous box office records in the process, and now more than ever, proving that the franchise was here to stay as long as the makers wanted. Turns out that there are two more films to go that are going to close out the film series with a trilogy that began from the eighth one, along with two spin-offs and a TV series in development. Long and short of it, the next two years will see the release of the final two films of the Fast and Furious franchise, and here is everything we currently know of the ninth one, currently in production. Read on.

Fast and Furious 9 Plot: What is it about? 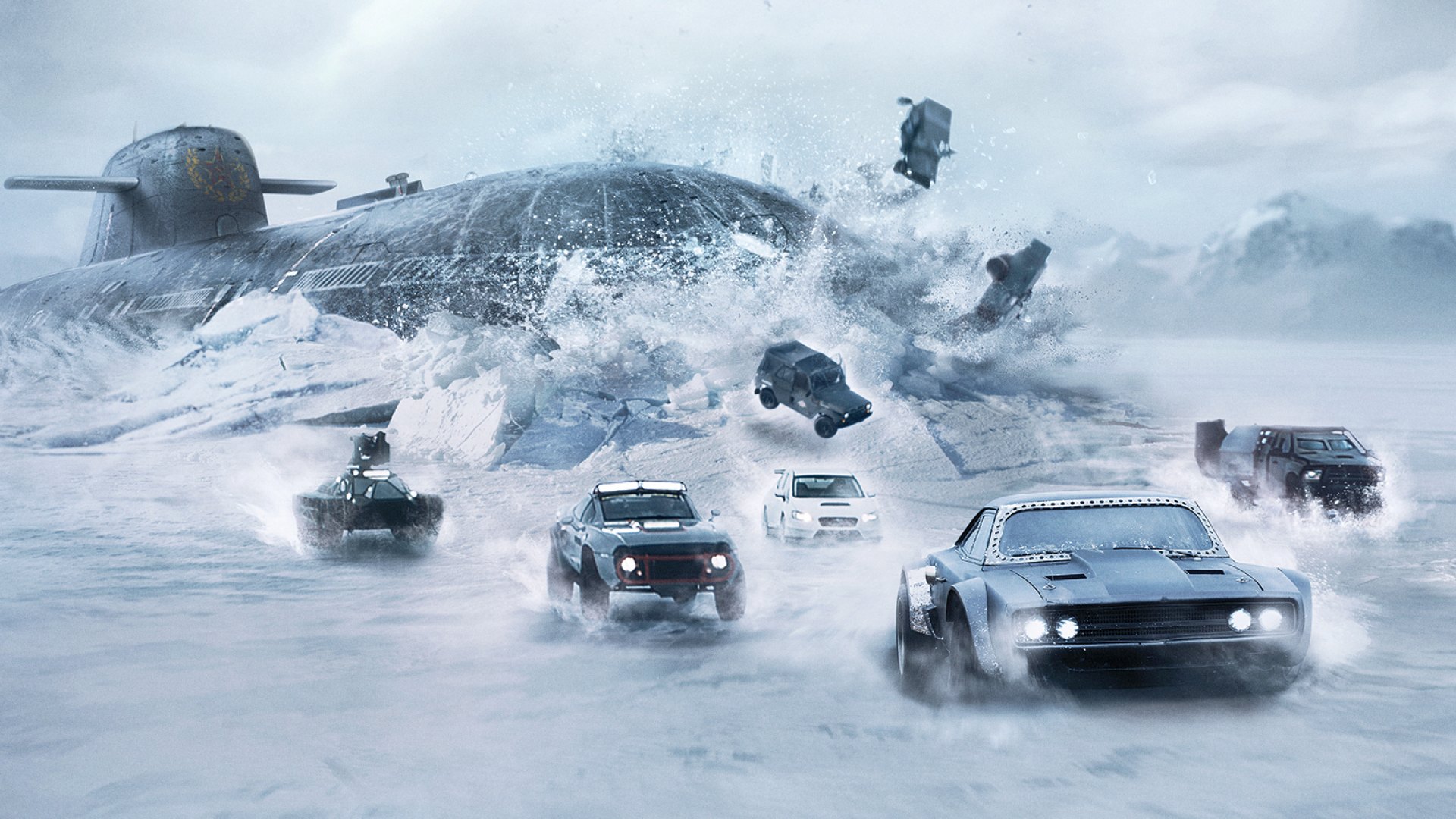 Cars, more cars and possibly all other forms of automobiles that can explode within the budget of the films? More seriously though, over the course of eight films, the franchise may have tonally remained more or less the same, outwardly expressing its purely commercial outlook, with no inhibitions or pretence about being anything other than that, The Fast and Furious Movies have conveniently “grown” from the themes of underground street racing, until ‘Fast Five’ saw the franchise transition into the heist category.

From there, it quickly shifted gears to become one about international espionage and world threats through the seventh and eighth. According to the makers, while they sought to have the films return to their roots of street racing with the eighth one, something that surmised only in the initial bits of the film, they also sought the eighth one to flag off a trilogy of sorts that will close off the film series in 2021 after a total of ten films in the running. Since the eighth film started the closing trilogy for the franchise, expect the plot for the ninth one to be a direct continuation of the eighth, and have similar themes of international espionage and cyberterrorism as the eighth one. 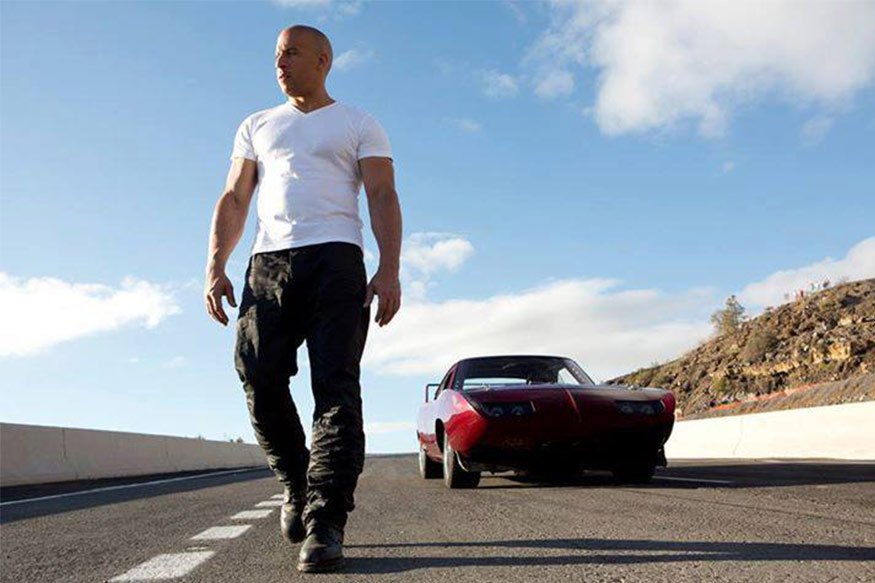 To add to that, the eighth film ends with Cipher jumping off the plane with a parachute and surviving, and the last we hear of her is when Mr. Nobody informs Dom of her still being at large in Athens towards the end of the last film. Now, that should surely provide us some direction for the sequel, and what to expect from it. However, at this point in time, I am not completely sure of Cipher’s strength as a villain for another two films, not that it has anything to do with the deliciously twisted Charlize Theron in the 8th.

What I also feel is that the release of ‘Hobbs and Shaw’, the Fast and Furious spin-off scheduled to release in August this year, is no mere coincidence, and the film will have a lot to feed into the ninth film, or at least will directly affect it. In fact, ‘Hobbs and Shaw’s biggest contribution to the ninth one might just be Brixton Lore, the cybernetically enhanced villain of the film. The fact that he is being played by Idris Elba just means all positives for me, and I definitely can see him and Theron together proving to be worthy foes of our Furious team, and strong enough to keep it going for two more movies. 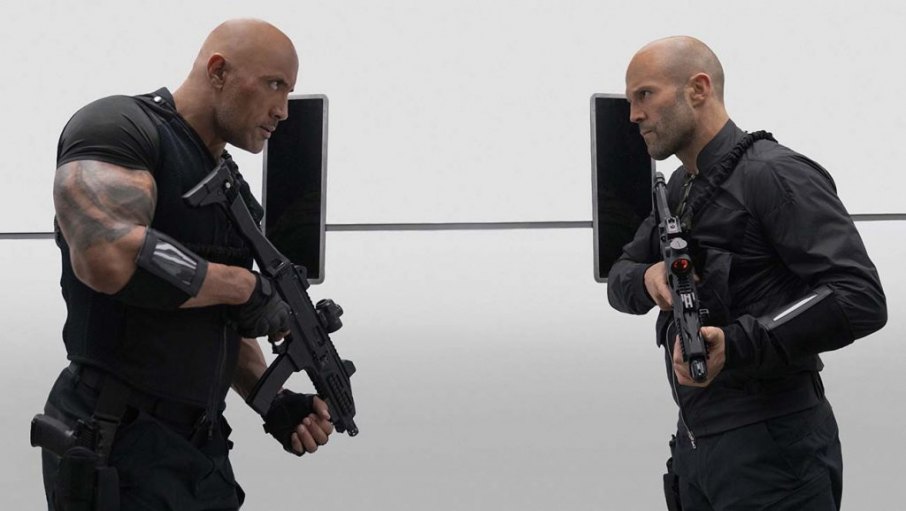 Looking at the outline of the plots of especially the more recent Fast and Furious films, along with a singular villain, who in this case might actually be two of them, we can be safe to assume that the writers will add a little bit of a personal spat to add to the drama, and a global threat, nuclear or cyber, to add to the overall stakes. Last time they blew up a submarine, and before that a plane. I don’t know what your imagination lets you settle on, but the makers have even stated that it wouldn’t be prudent to rule out even space travel for the team! Talk about the franchise going places.

Fast and Furious 9 Cast: Who is in it? 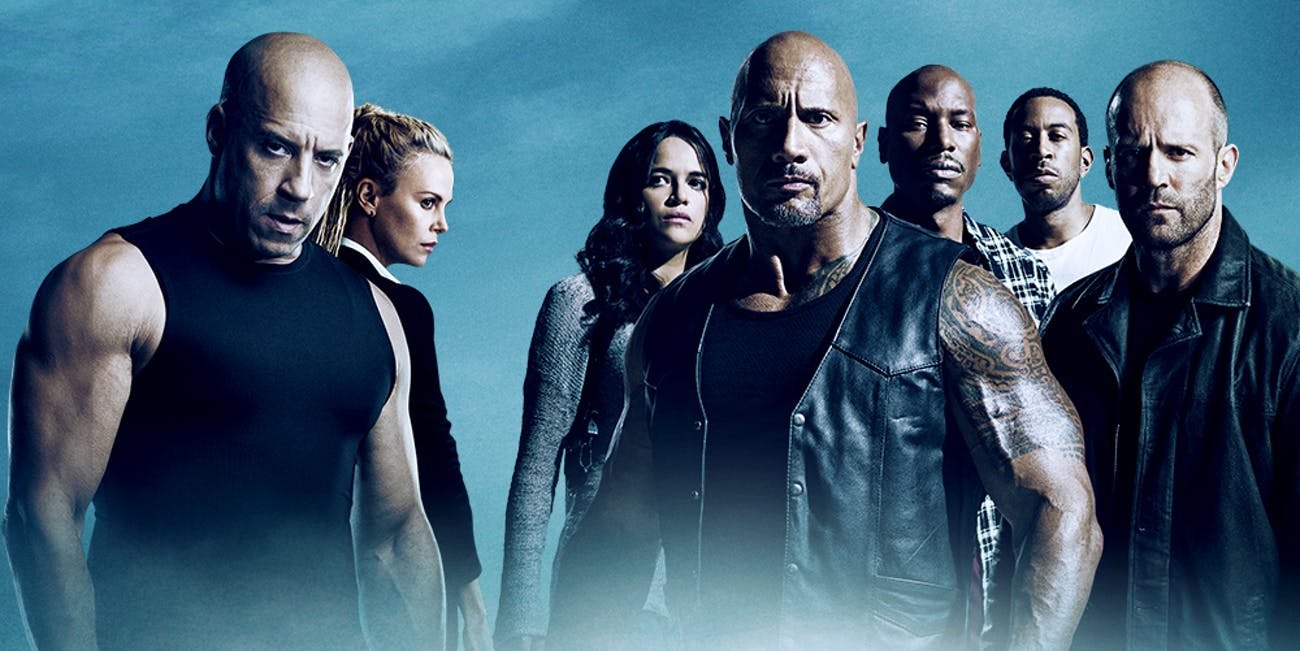 No official cast announcements have yet been made, but apart from a certain sureties through social media, the future of a number of stars attached to the previous films seems currently uncertain. Vin Diesel is surely the face of the franchise since long and would surely be returning, also in the role of a producer. Michelle Rodriguez, Chris ‘Ludacris’ Bridges, Tyrese Gibson and Nathalie Emmanuel would also in all probability be returning as part of the core team. After sitting out the seventh one, Jordana Brewster will also be starring in the ninth one, although this bit sure seems tricky since her character was neatly retired with Brian’s in the seventh film, following Paul Walker’s untimely demise.

Apart from that, one might also count on Jason Statham, Luke Evans, Vanessa Kirby (as Hattie Shaw, the third Shaw child from ‘Hobbs and Shaw’), and Helen Mirren to return from the eighth one and the spin-off due this year as former British Security and MI6 agents. Kurt Russel and Scott Eastwood will probably return as well. As for the villains, Charlize Theron might not be too keen on reprising her role, but her obvious involvement with the next film stated at the end of the eighth might allude to her returning. Also, if my predictions are correct, and Idris Elba doesn’t indeed turn out to be a “bad guy” you cast for only one film, he might be seen as well, which is something that we will know for sure after ‘Hobbs and Shaw’ hits theatres. 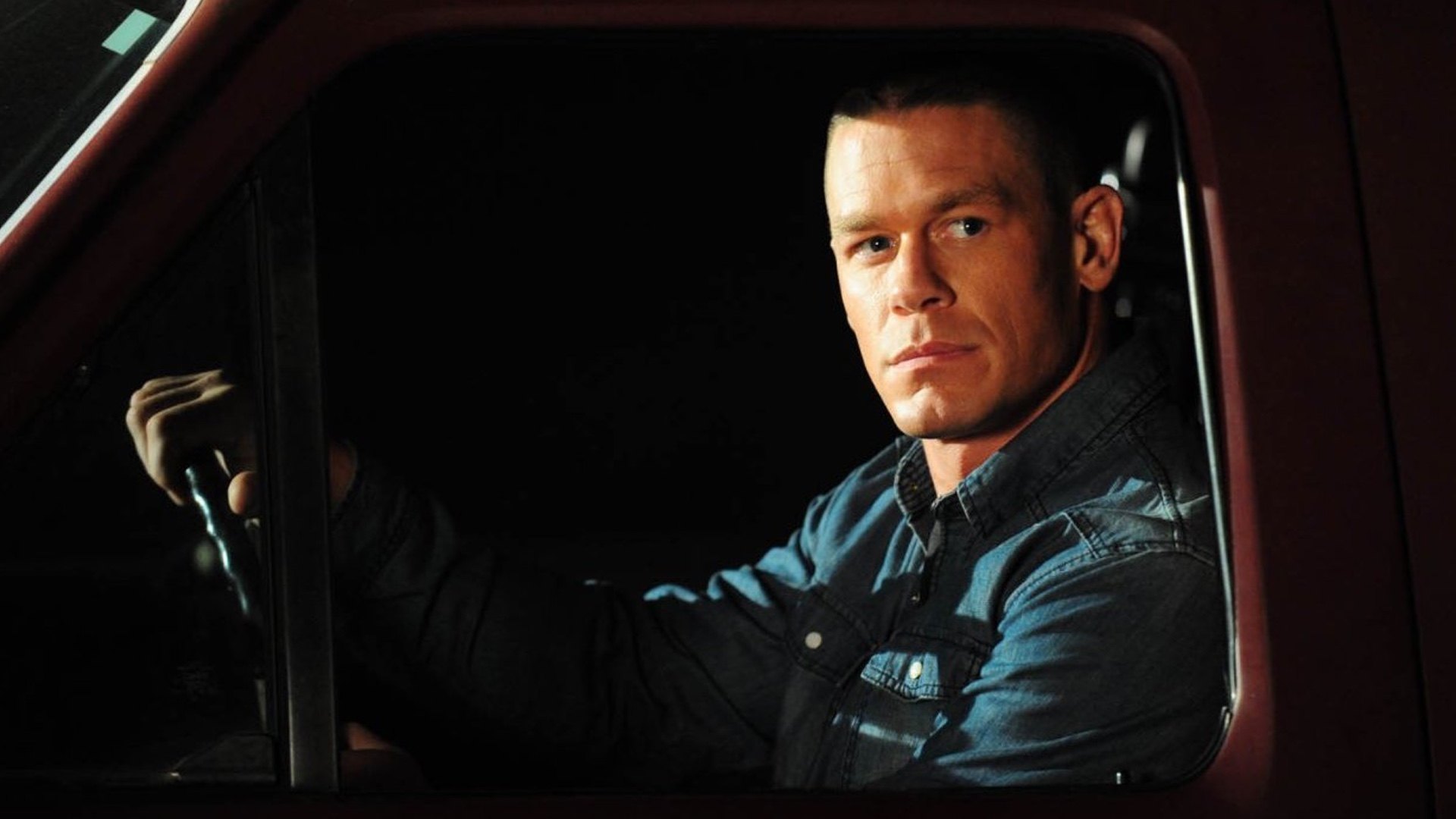 In other exciting news, John Cena has been added to the extensive and star studded cast of this film in an undisclosed role, and well, you could individually line up the franchise’s heavy lifters to spell kickass in more ways than one. What really might be a doubt and a serious blow to the franchise though, is that Dwayne Johnson, following his spinoff with Statham, might be sitting this one out, owing to his on-set spat with Diesel on the sets of the eighth. We sure hope that they can reconcile!

Fast and Furious 9 Crew: Who is behind it? 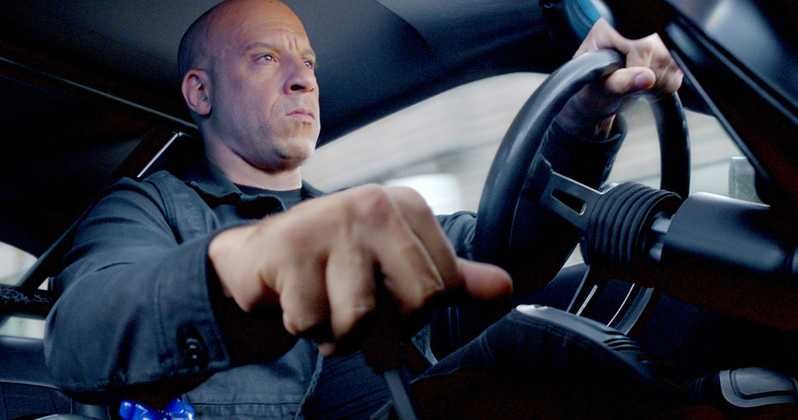 Justin Lin, who directed the franchise’s third to sixth films, including the two I most enjoyed, will be returning to the franchise to direct the last two films in the saga. Daniel Casey has been hired as the writer, moving away from series regular Chris Morgan owing to his involvement with ‘Hobbs and Shaw’. The rest of the core team behind the movie, despite the major departures in the directing and writing departments seems to be the same.

Fast and Furious 9 Release Date: When will it premiere? 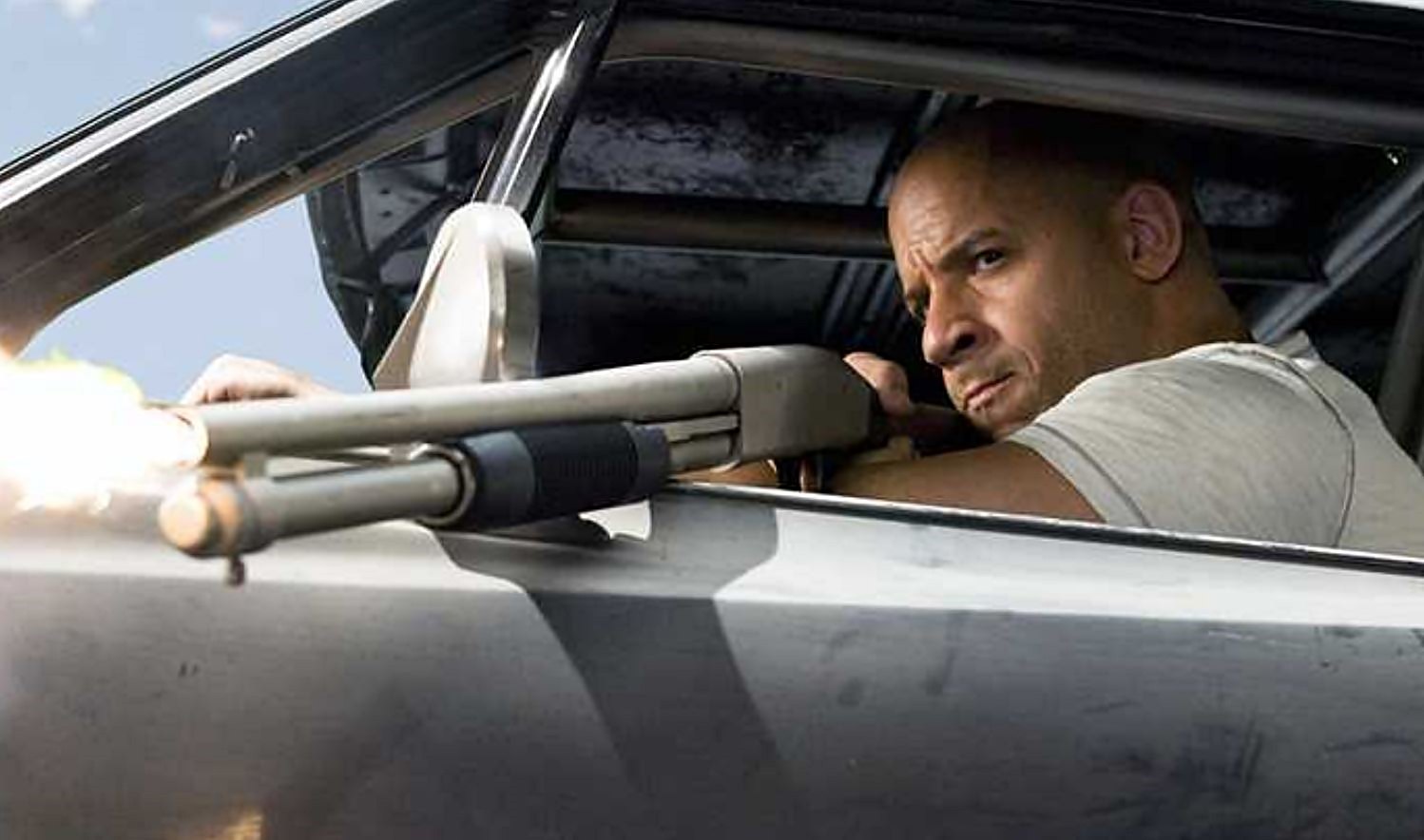 Universal initially wanted to release the film in 2019 itself, but that got moved due to Fast and Furious spin-off Hobbs & Shaw getting scheduled instead. In any case, there is no reason to be disappointed as Fast and Furious 9 release date is set for May 22, 2020, the Memorial Day weekend in the US. We will update this section as soon as new information becomes available, so don’t forget to bookmark this page.