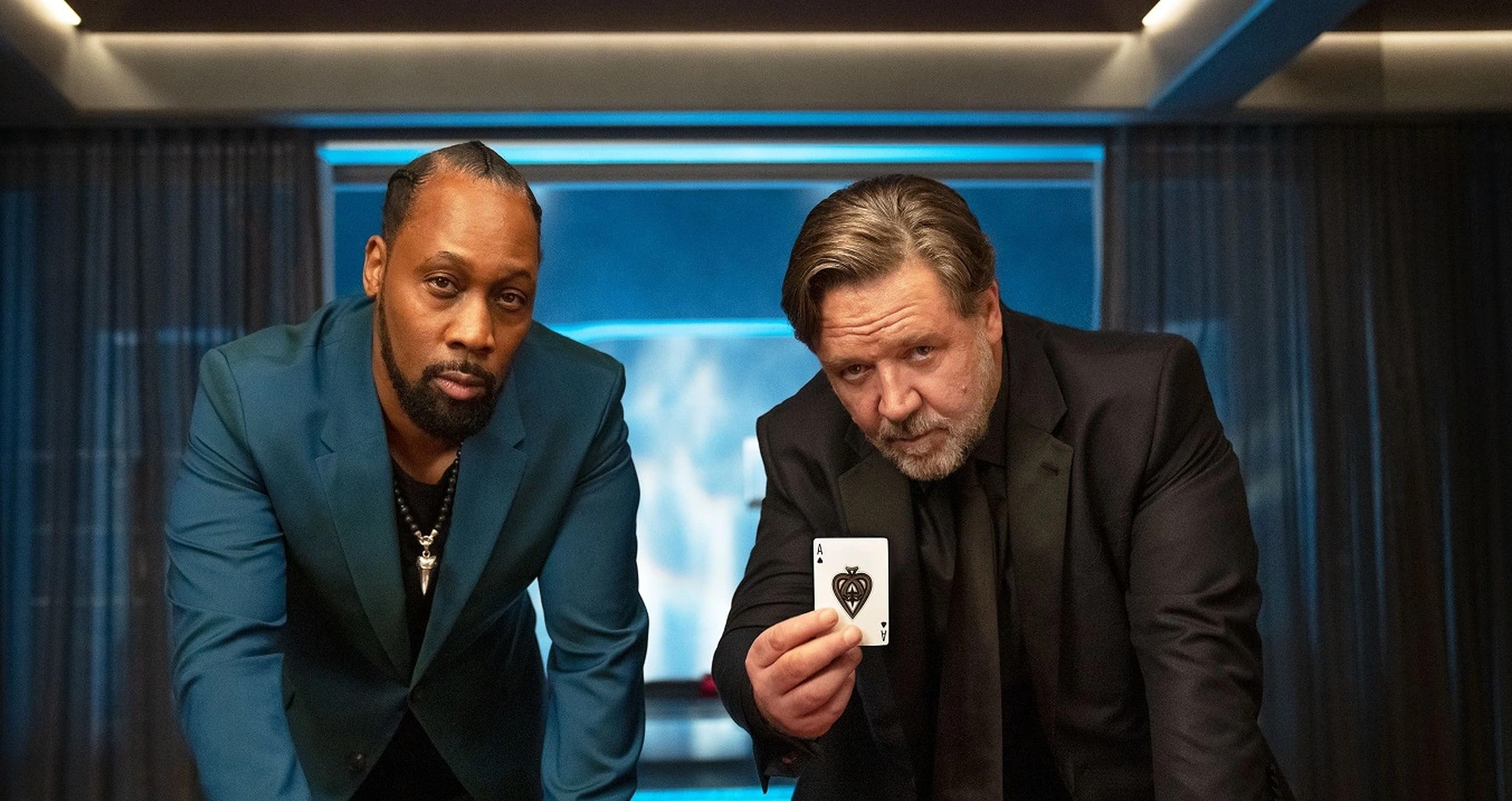 Directed by Russell Crowe, ‘Poker Face’ is about five childhood friends who meet after a long time for a high-stakes poker game. When Jake invites his friends to his mansion to play poker, they do not realize he has something else planned for them. However, three thieves break into the house and threaten Jake and his friends’ lives, making his plans go sideways.

In the film, we see how Jake sees everything as a game of poker; the card game is the glue that holds all friends together. Moreover, the narrative portrays the characters’ traits through poker while exploring themes such as friendship, betrayal, and honest conversations. If you enjoy such card-based stories, we’ve got an exciting lineup you can binge on. You can watch most of these movies similar to ‘Poker Face’ on Netflix, Hulu, or Amazon Prime.

Directed by Damian Nieman, ‘Shade’ centers on an underground poker club where three con artists plan to steal money from one of the best players, the Dean (Sylvester Stallone). In ‘Poker Face,’ the scenes where the characters play the game reminds us of ‘Shade.’  Although in the former movie, the characters’ hands and strategies are slightly ambiguous and basic compared to the latter. What’s truly common between them are the twists and turns that occur throughout the movies. Not just that, several nuances of both movies are symbolic of the game itself.

Based on Molly Bloom’s eponymous memoir, Aaron Sorkin’s directorial debut ‘Molly’s Game‘ chronicles the journey of a skilled skier who goes from being a bottle service waitress to running one of the world’s most exclusive high-stakes poker games. However, at the peak of success, Molly (Jessica Chastain) gets noticed by the FBI, who starts looking into her. The movie’s backdrops are slick and sophisticated and create the much-needed ambiance for a high-stakes thriller.

Despite having different themes, ‘Molly’s Game’ and ‘Poker Face’ carry a similar vibe due to the backdrops and the tension-filled atmosphere. In both movies, the characters are almost always on the edge because they understand the consequences of their action. Their demeanor keeps the audience on their toes and makes their experience entertaining. 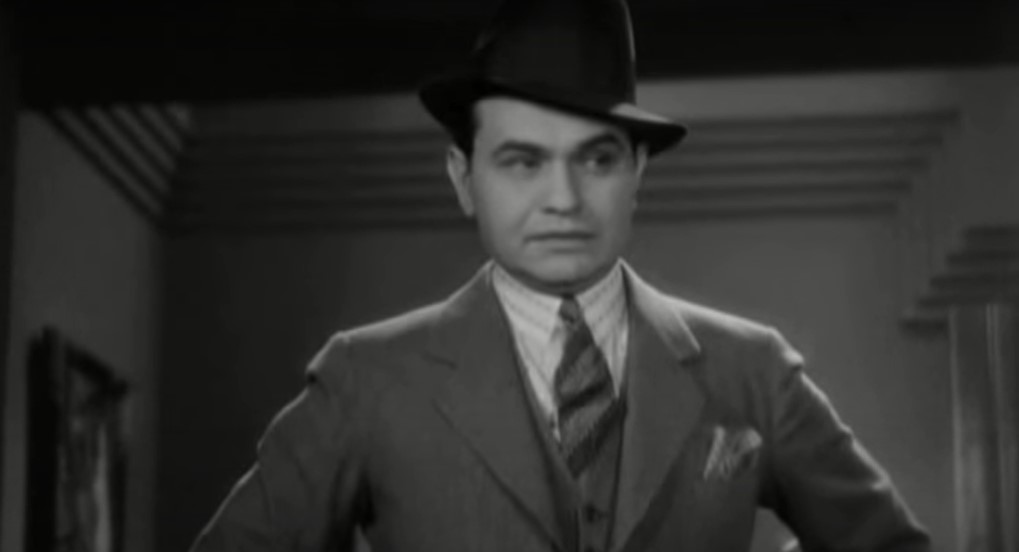 Alfred E. Green’s ‘Smart Money’ follows a barber called Nick, who runs an illegal poker game in the back room of his barber shop. The regulars of the poker room urge him to challenge a popular gambler called Hickory Short. So, Nick sets out to defeat the expert gambler and goes on an adventurous path filled with twists and turns. Like Jake in ‘Poker Face,’ even Nick is exceptionally talented as a poker player.

Poker is also an integral part of both protagonists’ business empires. While Jake builds the first online poker system, Nick becomes the king of illegal gambling in his city. Nevertheless, the two are vastly different in tonality and the core premise- Jake’s arc and motivations are emotional, whereas Nick wants to be the best player and have his own business. Aside from this, ‘Poker Face’ is more inclined toward bonds between people, whereas ‘Smart City’ primarily focuses on a man’s journey in gambling.

Based on the eponymous television series, ‘Maverick’ is a Western comedy movie about two gamblers, Bret (Mel Gibson) and Annabelle (Jodie Foster), who try to make some money to enter a high-stakes poker game. The Richard Donner movie differs from ‘Poker Face’ in many ways, yet the two are comparable in a few aspects on a storytelling level.

For instance, in both movies, poker is leveraged as a plot device that drives the narrative and connects the different characters. Furthermore, the characters harbor secrets, which builds tension and intrigue as the story progresses. Above and beyond this, the audience constantly tries and guesses the characters’ next move and how things will unfold.

Directed by Robert Altman, ‘California Split’ is an impeccable portrayal of gambling addiction and how it changes a person. Bill and Charlie form a connection after the two get beaten up by a man from whom they won money. While Charlie is a gambling addict, Bill is on his way to becoming one. Their bond leads the latter down a path that transforms his perception of card games and gambling.

Although the comedy movie isn’t centered on poker, the friendship between Bill and Charlie is akin to Jake’s equation with his childhood buds in ‘Poker Face.’ On the one hand, Jake and his friends bonded over poker when they were teenagers. On the other hand, Bill and Charlie’s addiction brings them together and sets them off on their gambling adventures. Another common ground between the two films is that they portray how friends’ distinct traits force them to drift apart due to their choices.

‘The Cincinnati Kid’ is an all-out poker movie that follows a face-off between a rising poker player and an established one. Eric Stoner, popularly known as “The Kid,” wants to become the best poker player. But for this, he has to defeat the current title holder, Lancey Howard, known as “The Man.”

The Norman Jewison directorial is one of the most authentic depictions of the game, where different moves are at full display. In ‘Poker Face,’ we see a few complete rounds of the game being played, and it takes us back to ‘The Cincinnati Kid.’ Besides this, the latter comprises the friendship and relationship arcs that add the necessary emotional undertones, as we see in the former.

Directed by George Roy Hill, ‘The Sting’ is a cult classic caper movie about con artists, and poker is a significant facet of the plot. It follows two swindlers, Hooker (Robert Redford) and Henry (Paul Newman), who try to con a mob boss called Doyle (Robert Shaw). One of the significant similarities between ‘The Sting’ and ‘Poker Face’ is the way poker is used in both movies.

In the former, Henry and Hooker use the game to bait Doyle, whereas in the latter, Jake uses it to gather his friends for his ulterior motive. In addition, Hooker and Jake don’t merely see their actions as a con or a scheme. To them, it’s personal, and this trope elevates the tension, thus keeping the audience invested until the end.

Directed by John Dahl, ‘Rounders’ is one of the best poker-based movies. The drama movie follows two childhood friends, Mike (Matt Damon) and Lester (Edward Norton), who go around playing high-stakes poker to clear their debt. Poker is an innate part of the narrative, and the game is depicted with great authenticity. But what makes this tale truly riveting is Mike and Lester’s bond and how it progresses through the movie.

Their friendship, in many ways, is synonymous with the one between the five friends in ‘Poker Face.’ In both cases, we see how the friends differ in their nature, which reflects in the kind of game they play, and what they do in life. Beyond these, there’s also the classic trope of everything going downhill at some point, after which we see the characters’ true colors. These aspects drive the story in both movies and make for an engaging watch.

Read More: Is Poker Face Based on a True Story?