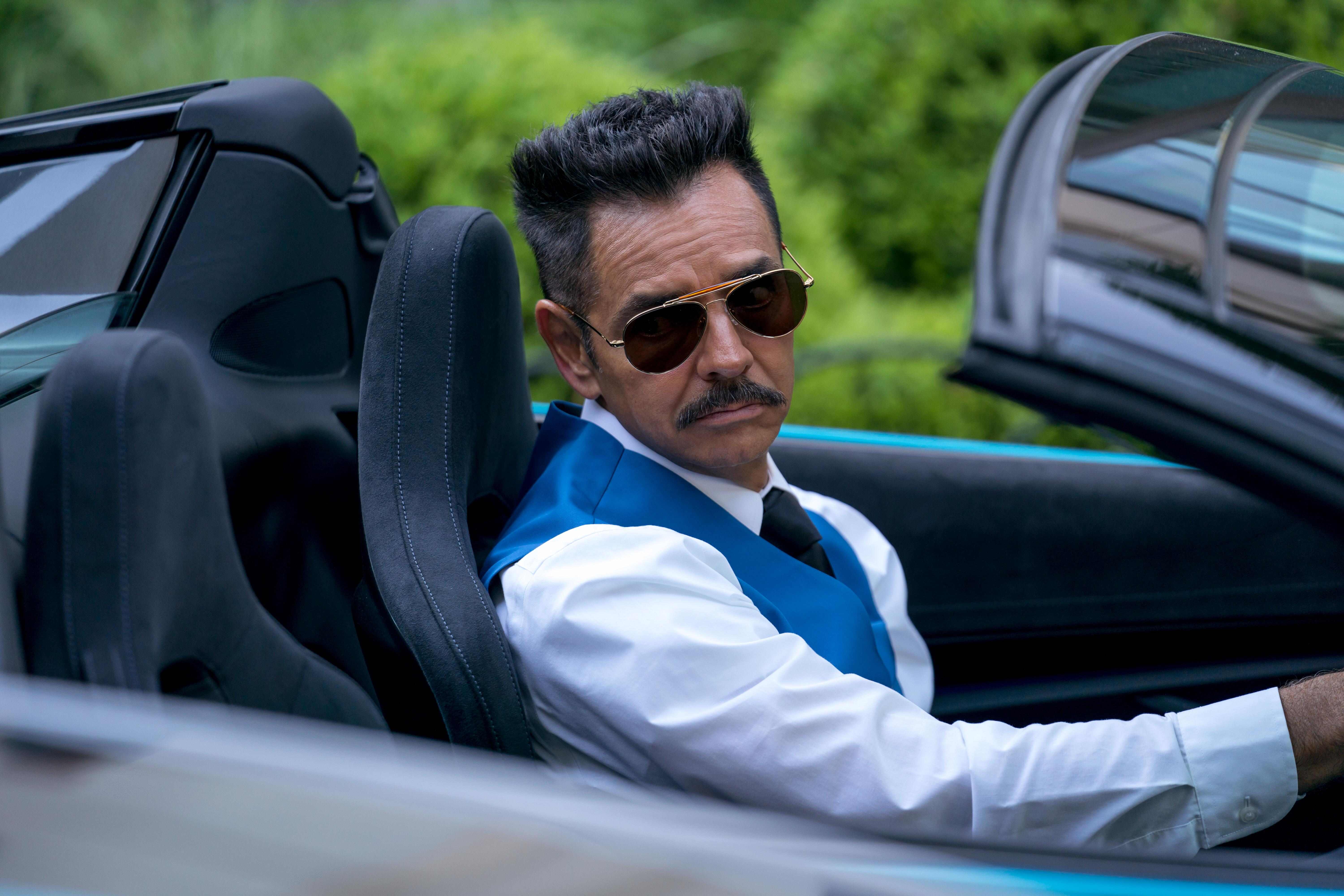 Directed by Richard Wong, ‘The Valet’ is an unusual romantic comedy film despite its apparent conventional premise. Olivia Allan (Samara Weaving) is one of the most famous movie stars in the world. She is involved in an affair with the married real-estate developer Vincent Royce (Max Greenfield). After they are photographed together by the paparazzi, Olivia becomes worried about the public response, while Vincent’s primary concern is his wife. On the advice of Vincent’s lawyer, they eventually decide that Olivia will pretend that she is in a relationship with the third person in the photo, a kind and mellow parking valet named Antonio (Eugenio Derbez).

‘The Valet’ is the remake of the 2006 French film of the same name (‘La doublure’). If you have watched ‘The Valet’ and loved it, here is a list of recommendations that might fit your taste. You can watch most of these movies similar to ‘The Valet’ on Netflix, Hulu, or Amazon Prime.

‘The American President’ is a film written by Aaron Sorkin and directed by Rob Reiner and stars Michael Douglas as the U.S. President Andrew Shepherd and Annette Bening as the environmental lobbyist Sydney Wade. The plot revolves around the developing romance between the two main characters. Martin Sheen, who plays the U.S. President Josiah Bartlet in Sorkin’s ‘The West Wing,’ stars as the White House Chief of Staff A.J. MacInerney here. Reiner and Sorkin are a fascinating combination. Both leave the imprints of their ingenuity on the film. Like ‘The Valet,’ ‘The American President’ underscores the millions of differences between its characters before demonstrating how they rise above them.

If Olivia Allan from ‘The Valet’ is supposed to be one of the most popular movie stars in the world, ‘Marry Me’s Kat Valdez (Jennifer Lopez) is one of the most famous global pop stars. If Antonio is the unassuming man in ‘The Valet,’ that duty falls on the shoulders of math teacher Charlie Gilbert (Owen Wilson) in ‘Marry Me.’ After finding out that her fiancé has cheated on her, Kat announces that she will marry Charlie, who happens to be attending the wedding concert with a “Marry Me” sign. Their lives before marriage couldn’t be more different, but now, they are thrust into each other’s world.

In ‘Maid in Manhattan,’ Lopez is paired with Ralph Fiennes. Lopez’s Marisa Ventura is part of the cleaning staff at the Manhattan hotel where Fiennes’ Chris” Marshall, an up-and-coming politician, is a guest. Chris meets Marisa’s son Ty in the hotel elevator and becomes impressed by the boy’s interest in politics. Ty introduces Chris to Maria, who Chris presumes is a guest at the hotel like him. Soon, they begin to grow close., and things spiral out of Maria’s control, who never intended to lie to Chris. Like Antonio in ‘The Valet,’ Maria is one of those hundreds of individuals that people like Olivia and Chris ignore under normal circumstances.

Starring Seth Rogen as Fred Flarsky and Charlize Theron as Charlotte Field, ‘Long Shot’ is a modern romantic comedy for a modern audience. When they were younger, Charlotte was Fred’s babysitter. As adults, Fred is a recently unemployed journalist, whereas Charlotte seeks to become the next President of the U.S. Recognizing his passion for his political beliefs, Charlotte hires Fred as her speechwriter, much to the dismay of some of her staff members. When they eventually begin a relationship, it causes even more stir. Like ‘The Valet,’ ‘Long Shot’ is about two unlikely people coming together and forming a bond.

One of the most important romantic comedies in history, ‘Notting Hill’ is more romance and less comedy whereas ‘The Valet’ is more comedy and less romance. Like in ‘The Valet,’ there is a global movie star in ‘Notting Hill,’ Anna Scott (Julia Roberts). She falls in love with an ordinary man, British bookstore owner Will Thacker (Hugh Grant), and later meets his family members, who happily welcome her into their midst. ‘Notting Hill’ even has a parallel of Vincent, Jeff King, an obnoxious movie star portrayed perfectly in a memorable cameo by Alec Baldwin.

As mentioned above, ‘The Valet’ is the English remake of the 2006 namesake French film, which was directed by comic legend Francis Veber. The French film is more of a biting farce, while the English remake is a traditional comedy. The original’s Elena Simonsen is a supermodel and not an actress. But François Pignon is as much of a bungler as Antonio. Meanwhile, Lawyer Foix is a much more serious character than Vincent. Both films deal with themes such as alienation, the price of fame, and the concept of love.