Snowflake Mountain: Where Are They Now? 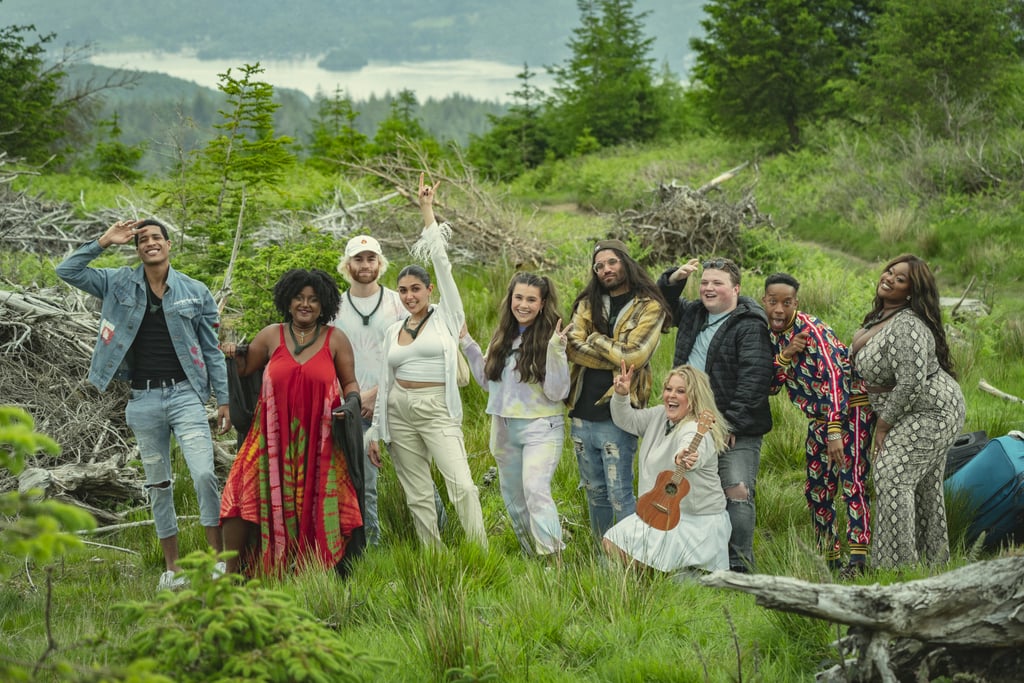 With no internet, no comforts, and no parents to look after them as they endure the wilderness in the hopes of finally learning how to stand on their own feet, what happens to affluent yet spoilt youngsters? That’s the precise question Netflix’s ‘Snowflake Mountain‘ — an equal parts heartwarmingly funny, deeply captivating, and surprisingly inspiring reality series — explores throughout its eight episodes. So now that we’ve seen the contestants not only tap out and lose their cool but also establish genuine connections and generally grow for the better, let’s find out what they’re all up to these days, shall we?

Where is Olivia Lagaly Now?

Originally from Ohio, even though Olivia was the first to quit the production (halfway through episode 1), she has actually managed to create a good life for herself despite the lack of survival experience. The self-proclaimed “Disney Princess” is an entrepreneur, a digital art freelancer, and a Client Relationship Manager for a mindset organization (a post she has held since the summer of 2020). As if that’s not enough, she recently relocated to Los Angeles, California, where she continues to maintain her traditional endeavors while also hosting her weekly ‘Saturday Night Liv’ podcast (launched in 2018).

Where is Solomon Now?

Although Solomon was just the second (and last) contestant to walk away from the wilderness-survival retreat, he left quite an impression on both his fellow campmates as well as the audience. Coming to his standing, while it’s unclear whether the Virginia native’s mother still pays his rent or equips him with $500 for weekly self-care expenses, we do know he resides in Los Angeles at the moment. More importantly, however, the affluent Solomon presently serves as a religious mentor/coach — someone who helps those in need with a shoulder to lean on, sound advice, or both.

Where is Devon Smith Now?

A New York native through and through, Devon had as many ups as she had downs in ‘Snowflake Mountain’ for a couple of different reasons, yet she has since managed to ease back into her city life. She continues to have a good time partying with those close to her, but she has reportedly also set her mind on working hard, saving up, and soon renting out an apartment for herself. The 21-year-old’s goal now is to be independent, open-minded, as well as self-aware, and it doesn’t appear as if she will let anything or anyone hinder her anytime soon.

Where is Randy Wentworth Now?

If we’re being honest, former med-school student Randy Wentworth seems to be living up to every aspect he showcased in the Netflix original by pursuing his dreams of becoming a pro wrestler. His attitude is almost as bright as his home state of Florida, his very appropriate stage name is The Boujee Brawler, and he has since been working hard to establish a good social media presence as well. From Twitch to Twitter and from Instagram to YouTube, he is active on almost every platform to ensure he has a wide array of audiences who can gradually help him expand his wings.

Where is Carl Lariviere Now?

Carl once had a successful basketball career that’d even granted him a scholarship into a good college, but he later dropped out because he had no idea what he wished to do. However, today, the Los Angeles resident is undeniably leading a good life as a model signed under Verge Agency as well as an aspiring actor — he certainly has the perfect physique for it, thanks to his athleticism. The fact he has already worked with high-profile brands such as Urban Outfitters and Hollister further makes it clear that his time in the entertainment industry is only just beginning.

Where is Darriea Clark Now?

Darriea has always been equal parts social, distracted, and imaginative, which is a combination she believes allows her to see the world in a much different, vibrant yet vulnerable light. Therefore, she’s not only a visual artist with her own (leased) studio but also a storyteller, as made evident through her latest project, an interactive workbook-journal mashup entitled ‘Good Girl.’ Moreover, the New York/Georgia-based public figure is a freelance creative director, a features writer, and an ambassador for Remake, a non-profit organization fighting for fair pay for women in the clothing industry.

Where is Rae Hume Now?

As someone who can only be described as a ray of sunshine owing to her unyielding positivity, honesty, and support, Rae Hume won every heart to become a fan favorite on ‘Snowflake Mountain.’ We are thus glad to report that she’s still the same old, just with more independence as well as responsibility, primarily as she seemingly divides her time between London, Kent, and Rochester, England. Furthermore, the aspiring businesswoman is currently happily involved with William Martin, who she insists is “one in a million” and cares for her in a way nobody ever has, something he proves every day.

Where is Francesca Geo Now?

Still based in New York, Francesca appears to have a routine similar to the one she followed before stepping foot into the Netflix original, but the difference is that she doesn’t mind cleaning anymore. In other words, her self-growth journey is slow yet steady, especially since she also swears she has a much deeper appreciation for hard work and is one with nature now. As for what the reality star is up to these days, she’s not only enjoying traveling across the nation, whether to Boston or Miami, but she’s also spending quality time with her partner, entrepreneur Chris Kilcarr.

Where is Liam Brown Now?

Liam Brown’s maturation from a youngster who felt sick by the mere idea of cleaning and had inhibitions to a responsible male, an enthusiastic contender, and a team motivator, certainly had us rooting for him. However, he came third, a fact he didn’t and still doesn’t mind, particularly as it enabled him to move into his own apartment as well as land his dream job in a global fashion retail company, In The Style. We should further mention the Warwickshire native continues to have an endearing affinity for balloons and asserts, “When I’m not working, you can find me twerking.”

Where is Sunny Malik Now?

Sunny Malik went from almost quitting the wilderness-survival retreat in the first couple of days to truly enjoying it to becoming the runner-up due to his incredible perseverance and growth. He has thus maintained this path, which means he has moved out of his childhood home, is currently developing a podcast as well as a documentary, and is openly passionate about fighting against injustice. He’s still relatively private about his dating/personal experiences, though, so we only know that he’s a proud dog dad to an adorable Husky.

Where is Deandra Joseph Now?

Deandra’s journey was a little similar to Sunny’s, yet while he considered leaving, she simply went from a “cheerleader” to a true team player, only to end up bagging the $50,000 grand prize. Therefore, the Brooklyn-based make-up artist has been utilizing this money (as well as her savings from her day job as a middle school lunch lady) to establish her own beauty business. There’s a reason she’s often referred to as Beau Dee online, and it’s not because of just her passion for the industry; it’s because of her desire to be a part of it. In fact, from what we can tell, Deandra has already started down this road and is gaining great first-hand experience.