We Own This City Finale Recap and Ending, Explained 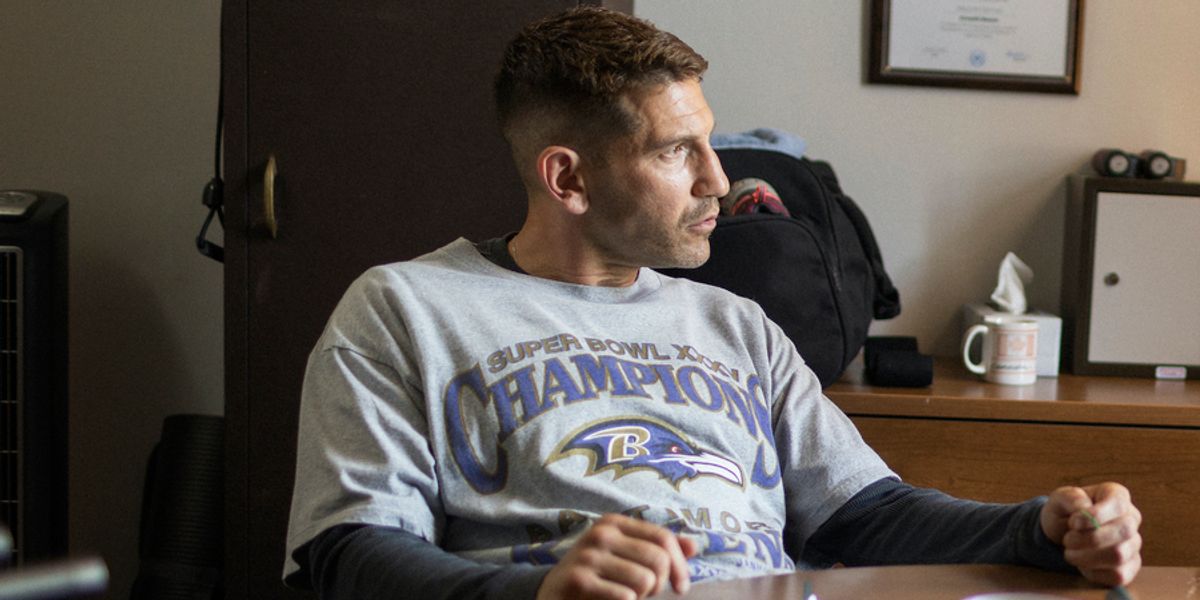 ‘We Own This City‘ finale, titled ‘Chapter Six,’ concludes the story of the Gun Trace Task Force as several members of the elite plainclothes unit face harsh sentencing from the court for their crimes. Meanwhile, the Baltimore Police Department faces major repercussions amidst the signing of the consent decree and the conviction of its officers.

In the end, Baltimore prepares for a new era of policing with several reforms, but the risks of falling into familiar patterns remain prevalent. If you wish to catch up with the episode’s events and ending, we’ve got you covered! Here is everything you need to know about the ending of ‘We Own This City’ episode 6! SPOILERS AHEAD!

We Own This City Episode 6 Recap

The sixth and final episode of ‘We Own This City,’ titled ‘Chapter Six,’ opens with FBI Agent Erika Jensen and John Sieracki interrogating Wayne Jenkins about his role in the Gun Trace Task Force and its corruption. However, Jenkins is adamant that he is not a dirty cop and insists that he has no wrongdoings. However, when Jensen reminds Jenkins that cooperating with the FBI and providing crucial information to the police may help him receive a shorter sentence. Moreover, Jenkins’ colleagues have spoken against him, and several witness testimonies prove Jenkins was involved in corrupt and illegal actions as a cop. However, Jenkins still refuses to accept any blame for the wrongdoings.

Later, Jensen and Sieracki speak with Detective Sean Suiter about the Umar Burley case. The duo wants Suiter to testify in court and confirm who planted the gun on Burley. However, Suiter becomes concerned about losing after realizing that he can not hide his knowledge of the plainclothes cops stealing money from citizens. Meanwhile, Momodu “G Money” Gondo, Jemell Rayam, and Maurice Ward continue revealing sensitive information to the FBI. They reveal Jenkins’ association with Donald Stepp, who helped the cop sell seized drugs.

At BPD, concerns arise over the department’s compliance with the consent decree with a severe lack of funds. Commissioner Kevin Davis’ request for additional budgeting from the Mayor is firmly refused. Therefore, he must cut the pay of his officers to make up for the money required for the reforms. The FBI arrests Stepp and also investigates Keith Gladstone concerning the Demetric Simon case. Both Stepp and Gladstone reveal incriminating details about Jenkins’ activities. Nicole Steele resigns from her position due to the DOJ’s inability to curb corruption and crime in the city. Sean Suiter dies a day before his testimony in front of the grand jury while the GTTF cops prepare for their sentencing.

We Own This City Finale Ending: What Sentences Did the GTTF Officers Receive?

As the episode approaches its conclusion, the dents in the Baltimore Police Department’s system and approach to suppressing crime become evident. As a result, it is of utmost importance that the GTTF officers reserve harsh sentencing that will become a beacon of hope for better and more constitutional policing in the city. In the end, Jenkins pleads to some of the charges against him and maintains the stand that he did not plant the drugs on Umar Burley. However, Jenkins agrees to have filled a false report in the case. Jenkins apologizes for his mistakes and accepts his fate. He is sentenced to 25 years of imprisonment due to his lack of cooperation with the investigation.

Meanwhile, Gondo and Rayam receive 10 and 12 years of imprisonment, respectively. Ward and Hendrix plead guilty in court and cooperate with the investigation. Therefore, the cops receive 7-year sentences. Thomas Allers also refuses to cooperate with the federal investigation leading to a 15-year sentence. Daniel Hersl and Marcus Taylor refuse to plead not guilty and face a federal trial. They are convicted and receive 18 years in prison each. Following the sentencing of the officers, Commissioner Davis folds the plainclothes unit and is subsequently fired from his position.

Several high-ranking officers and the Mayor are implicated in corruption cases over the next few months. Darryl DeSousa, the new commissioner, reinstates the plainclothes unit. However, DeSousa is forced to resign just four months into his tenure after being convicted for federal tax evasion. Mayor Cathrine Pugh is also charged with tax evasion and fraud, leading to a 3-year prison sentence. These incidents further highlight the sorry state of law and order in the city.

In the end, the episode revisits the drugs and guns tracking mission led by Jenkins from the first episode. Their search at a house leads to Jenkins pocketing a stash of money. These scenes are juxtaposed against shots of Jenkins in prison. As Jenkins adjusts to life in prison, he reflects on his actions as a cop. A flashback depicts Jenkins addressing a group of officers, including several officers he would work with as a part of the GTTF. Jenkins’ speech ends with rousing applause from the officers as they buy into his mentality. The episode ends with a shot of Jenkins in prison, leaving viewers to examine the deep impact of the GTTF corruption scandal on the city of Baltimore.

Read More: We Own This City: Where Are They Now?