Where Are Alara And Ceylan Taneri From Dated & Related Now?

Netflix’s ‘Dated & Related‘ is a unique reality series that is sure to keep you entertained. The dating show brings several young women and men into a beautiful villa they would hopefully find a romantic match for themselves. However, the participants are not alone in this journey as they are accompanied by a sibling/cousin who wishes to build a love life of their own. Not only do the competitors have to help their family members, but they must also get a match of their own for a chance to claim the grand prize of $100,000.

The premiere iteration of the show saw many entertaining cast members who left an impact on the viewers with their performances and personalities. One significant duo featured in season 1 was Alara and Ceylan Taneri, who had each other’s back throughout their time on the show. Naturally, many are curious to know what the brother-sister duo from Cyprus is up to these days, and we are here to tell you about the same!

Ceylan entered the villa ahead of his sister Alara with a simple task. He had to speed date all the remaining guys in order to find a blind date for his sister. While Alara was partial towards Kieran Bishop based on what she had observed from a remote location, Ceylan chose Deyon Miller to go on a date with his sister. Unfortunately, the date did not go as well as Deyon may have hoped for, and Alara was quite invested in pursuing Kieran. 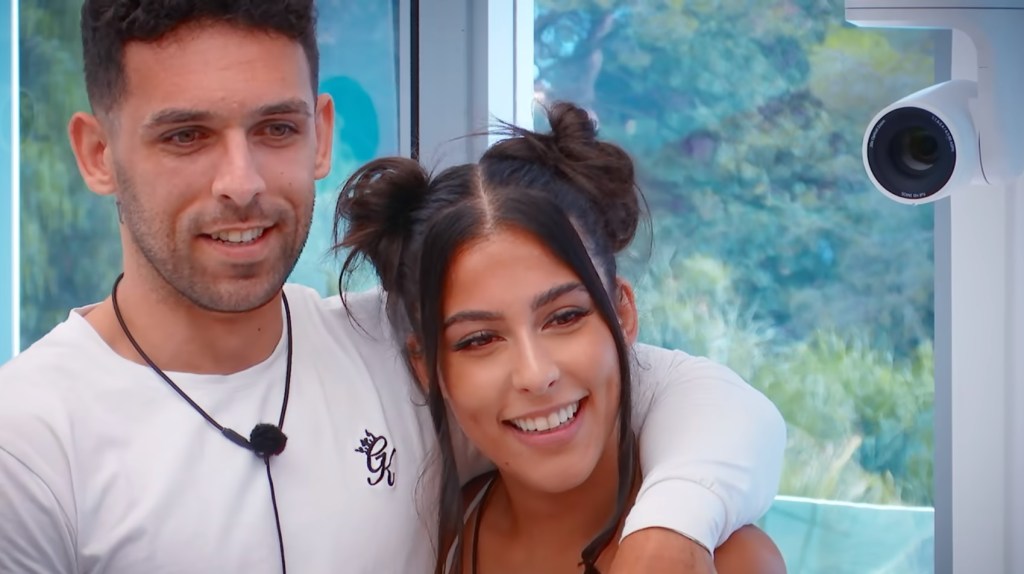 During the Pass the Parcel game that was organized to welcome the Perfettos and the Taneris, Alara kissed Kieran on the cheek to express her interest in the Bishop brother. However, Kieran kissed Nina Parsijani later and effectively started a relationship with Nina. The next day, Nina and Alara got into a spat regarding the kiss the Parsijani sister had shared with Kieran, which heavily upset Nina. Meanwhile, Ceylan, too, was hoping to get a chance with Julia Perfetto but was not sure how to go about it.

To help the duo out, Melinda Berry, the host of the show, decided to give the Taneris a secret task. The brother and sister had to convince one other sibling pair that the Taneris needed some private time in the bathroom to share a bubble bath. While they were not able to make the Parsijanis believe, the Bishops did fall into their trap. As a reward, the brother and sister had the opportunity to select a partner for their sibling for an upcoming double date. Knowing each other’s hearts, Alara chose Julia for her brother, while Ceylan chose Kieran for his sister. 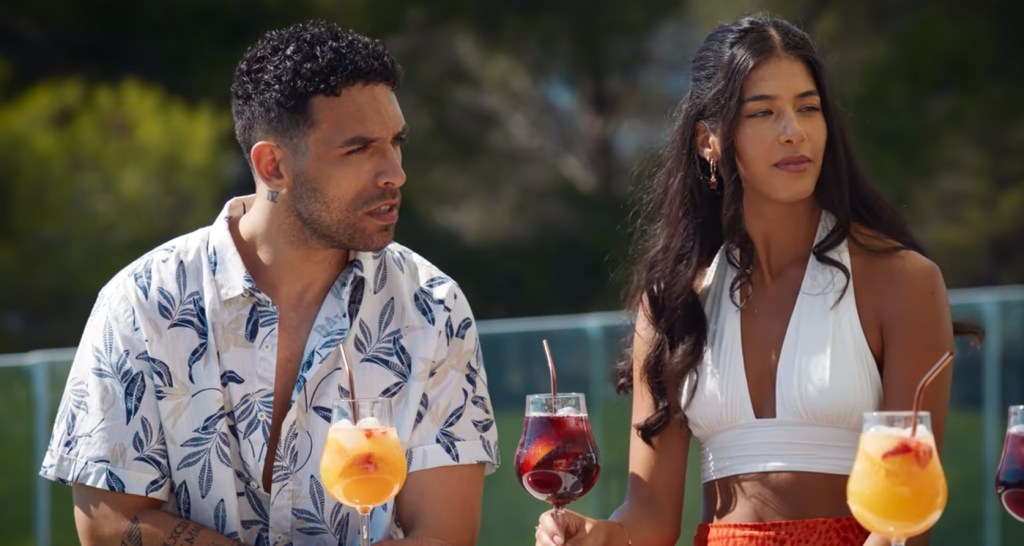 However, the date did not go as well as expected. Julia clearly stated that she was interested in dating Joey Roppo, while Kieran was firm in his loyalty to Nina. This left the brother and sister in a tough spot until the split between Kieran and Nina. With the upcoming Lady’s Choice Prom Night, Alara was more or less given the blessing to pursue Kieran from Nina, which she decided to act upon despite her nerves and ultimately secured him as her date for the event.

Though the start of their relationship was far from ideal, Alara and Kieran soon became close, with the latter even confining in Alara about the passing of his mother. Ceylan, who had not been able to secure a date for the dancing event, was glad to see Rachel Foster make her way into the house. Realizing her brother’s interest in Rachel, Alara acted like the perfect wingwoman and heavily praised Ceylan to Rachel, which ultimately helped the Taneri brother secure a date with her. 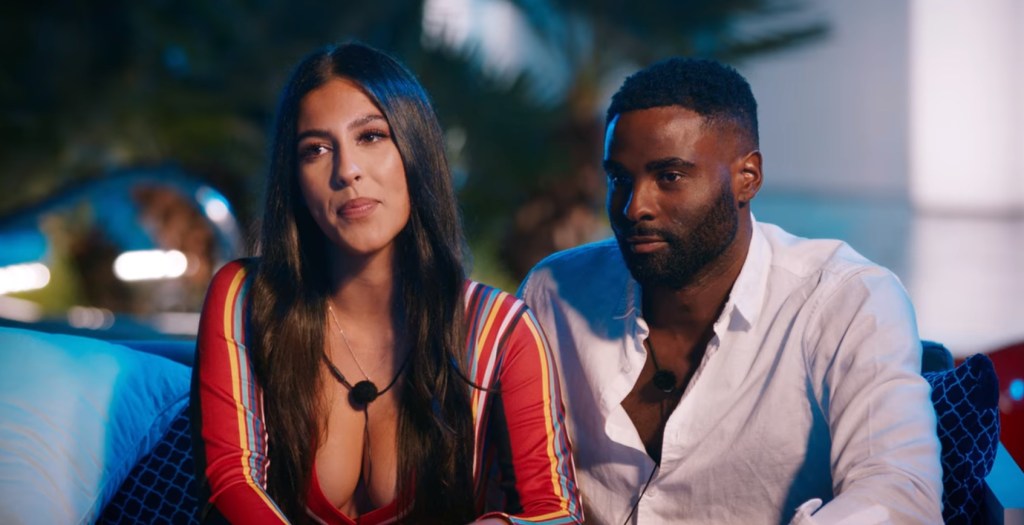 Despite the shared kiss between the two, Rachel did not feel the spark she wanted with Ceylan and split from him. While Rachel was tentatively dating William Wade, Ceylan did try to talk to Rachel, which ultimately made her even more confused. Things took a drastic turn when Rachel was asked to choose a partner in order to pursue the possibility of a relationship. After she chose William, Ceylan was eliminated from the show alongside Henry Wade.

Though Alara was upset about her brother’s absence, she soldiered on, with Kieran acting as her support system. The two did go through a rough patch when Kieran interrupted Alara while the girls were confronting William regarding his attitude toward women. However, that did not stop them from standing up when the time came to confirm their status as a couple just before the finale. Despite being one of the top 3 couples, Alara and Kieran ended up losing to Kaz and Diana. If you want to know what the Taneris are up to these days, we have your back!

Where Are Alara And Ceylan Taneri Now?

A post shared by Ceylan – Dated and Related (@ceylantaneri)

As of writing, both Alara and Ceylan seem to be living their life to the fullest. Alara is working as a Fashion Designer and is often seen modeling clothes and accessories on her social media. The reality TV star even has a separate Instagram page to showcase her work as an apparel designer. Though the relationship status between Alara and Kieran has not been announced officially, we believe that the two are likely still together. Ceylan, Alara, and Kieran recently attended the Sundown Festival, along with some of their fellow cast members.

A post shared by Alara Taneri – Dated and Related (@alarataneri)

Furthermore, Alara has shared a multitude of pictures featuring herself, Nina Parsijani, and Kieran in a playful post, which highlights at least an amicable relationship between the three. Meanwhile, Ceylan is multitasking as a footballer, YouTuber, and Twitch streamer, though he is yet to post any content on the latter two platforms. He is also a member of the Cyprus Turkish Football Association and part of the Yeşiltepe Ilgaz SD club. We wish Ceylan and Alara the best in their future endeavors and hope they find success in their professional and personal lives.

Read More: Dated and Related Season 1: Which Couples Are Still Together?