Where Was Hallmark’s A Maple Valley Christmas Filmed? Who is in the Cast? 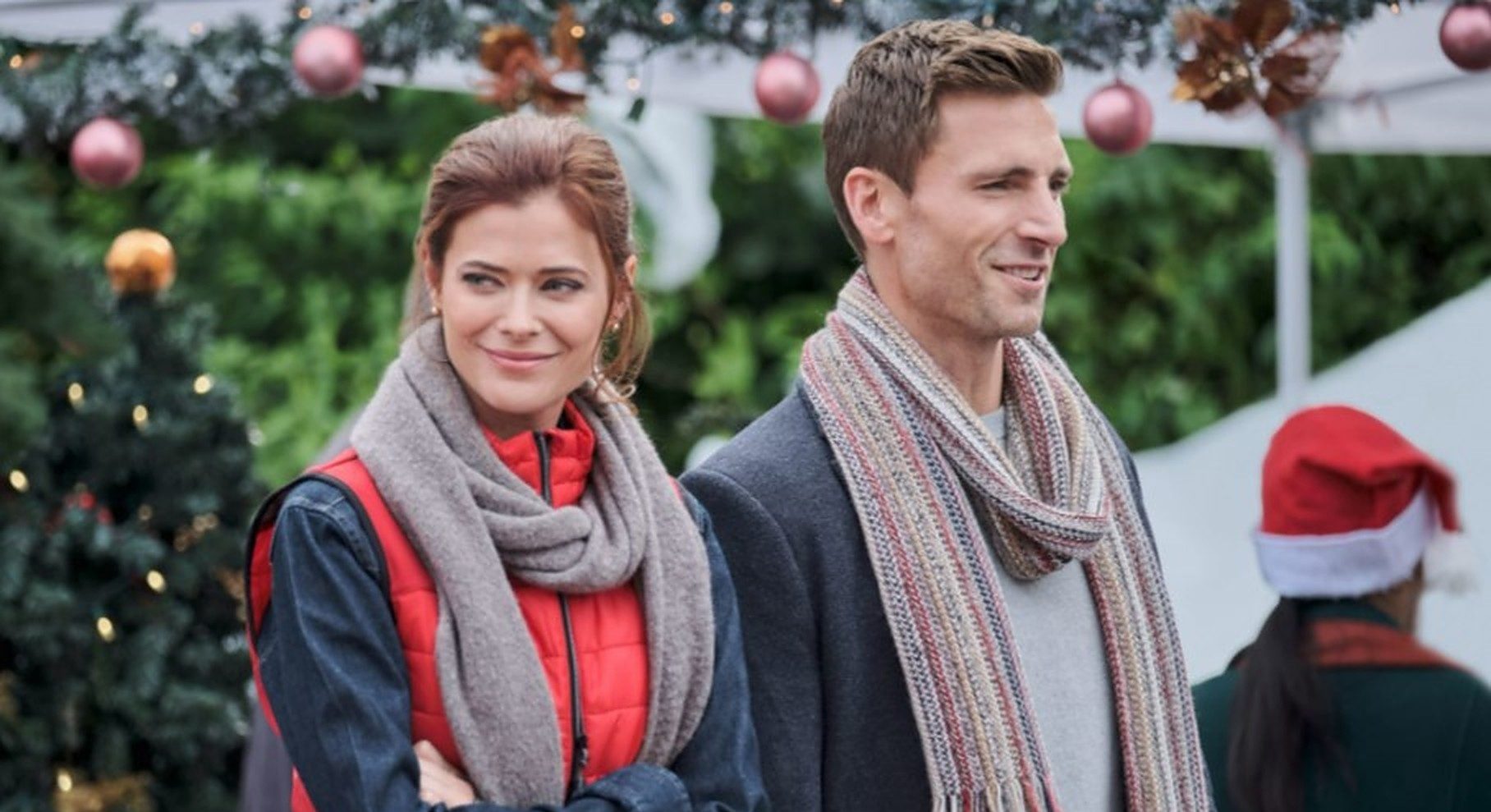 Hallmark’s ‘A Maple Valley Christmas’ is a family rom-com based on Jerry Todt’s eponymous novel by Jerry Todt. Set during Christmastime, the story revolves around Erica Holden and Aaron Davenport, two star-crossed lovers from different worlds. The former is working towards buying back half of a maple syrup farm, which her mother had to sell. As the season approaches, the fun and frolic begin, but things take a turn when Aaron arrives in the valley. He puts an offer on the remaining half of the land, though as the story unfolds, something stirs within Erica.

Directed by Paul Ziller, the Hallmark movie comprises all the elements of a feel-good Christmas tale. The meet-cute between two strangers, the timeless conflict between the mind and the soul, a sudden change of heart- it has it all. Moreover, what truly elevates every scene is the backdrop which carries a sense of jubilance and glee and immerses the audience. Seeing such picturesque locales makes you wonder where ‘A Maple Valley Christmas’ was shot. Well, allow us to appease your curiosity and answer the same!

‘A Maple Valley Christmas’ was filmed in British Columbia, particularly in Metro Vancouver. The principal photography for the holiday movie likely commenced in July 2022 and wrapped up within a few days. The province of British Columbia offers a rustic vibe which translates well into the movie, which depicts a valley and the countryside life. This brings a sense of authenticity to characters such as Erica, who works on a maple syrup farm. Now, let’s look at the specific locations that appear in the Hallmark romance.

‘A Maple Valley Christmas’ was shot entirely in Metro Vancouver, a metropolitan area in the Lower Mainland region of British Columbia. The cast and crew seemingly traveled across Vancouver to lens scenes against suitable backdrops. The city was an apt choice for a filming location since it has a fast-paced and bustling urban life and is home to mesmerizing green landscapes and vintage architecture. These naturally lend themselves to the vastly different worlds Erica and Aaron come from.

The production team also recorded scenes in Delta, a city that lies around half an hour from Vancouver. Pivotal portions were lensed at the Ladner Village Market at 48 Avenue. Per reports, the filming unit was in the market in late July, prepping for the scenes. Furthermore, various old shops on the street were adorned with Christmas decorations and snow to portray the holiday season we see in the movie.

Andrew Walker shared some pics from the set of his latest Hallmark Christmas movie, MAPLE VALLEY CHRISTMAS co-starring Kimberley Sustad, and directed by Paul Ziller which started filming in B.C.

"It’s July, you know what that means…" Walker wrote

The Ladner Village Market is a historic space with several ancient-looking stores and is known for freshly brewed coffee, kitchenware, and more. These aspects of the boulevard exude a communal vibe that suits the movie’s narrative: community, family, and how everyone comes together to celebrate the season of giving. Other movies and TV shows taped in Metro Vancouver include ‘Thor: Love and Thunder,’ ‘Criminal Minds,’ ‘Lucifer,’ ‘The Adam Project,’ and ‘Supernatural.’

Peyton List plays Erica Holden, who works on the farm and aims to give her mother the gift of retirement. The actress is known for her work in movies and shows such as ‘Playing It Cool,’ ‘Gotham,’ and ‘Star Trek: Picard.’ You may also recognize her from her voice roles in ‘Blade Runner: Black Lotus,’ and ‘Batman: Hush.’ On the other hand, Andrew Walker essays the role of Aaron Davenport; Walker has Hallmark movies such as ‘Dying for Christmas: A Curious Caterer Mystery‘ and ‘My Christmas Family Tree‘ to his credit.

Read More: Where Was Hallmark’s A Magical Christmas Village Filmed? Who is in the Cast?