Where Was Hallmark’s A Magical Christmas Village Filmed? Who is in the Cast? 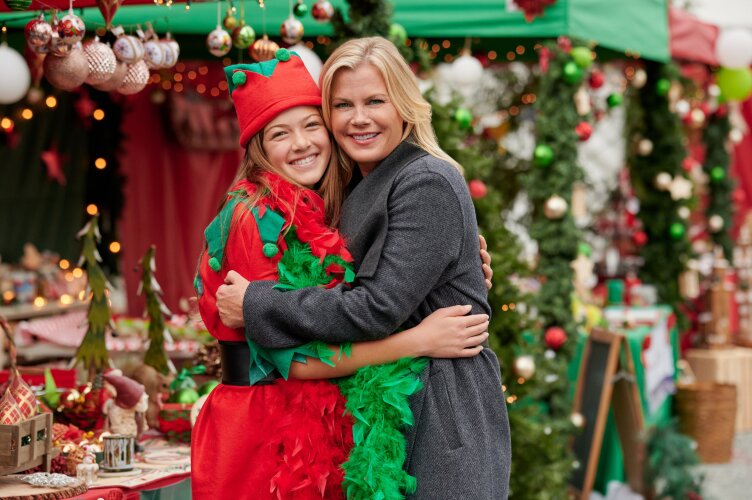 Hallmark’s ‘A Magical Christmas Village’ is a romantic comedy movie set against the backdrop of the festive season. Directed by Jason Furukawa, it follows Summer, a working woman whose life takes a turn when her flamboyant mother, Vivian, and daughter Chloe, move in with her. The former brings a miniature Christmas village, which can fulfill any person’s wish.

Although Summer doesn’t believe in this, her daughter starts to play with the village, and the figurines and real-life situations manifest through the seemingly magical miniature set. The movie’s vibe is akin to a carnival as the various locations are brought to life against Christmas decorations. The costumes, set pieces, and the backdrop’s vibrant aura lend themselves to the holiday theme, making the audience wonder where the Hallmark movie was filmed. Let us find out, shall we?

‘A Magical Christmas Village’ was filmed in British Columbia, specifically Vancouver. The principal photography for the holiday movie seemingly took place around August 2022. Known for its diversity, British Columbia thrives with culture, and its dense cities teem with life. These facets of the province elevate the movie’s urban vibe, and the majestic mountain ranges give several scenes the much-needed rustic and wholesome feel. Here’s a closer look at the beautiful places that appear in the Christmas rom-com!

‘A Magical Christmas Village’ was most likely taped in Vancouver, like several other Hallmark movies such as ‘Christmas Bedtime Stories,’ ‘A Kismet Christmas,’ and ‘Noel Next Door.’ The cast and crew traveled around the city to lens different scenes against suitable backdrops. Vancouver lies in the lower mainland region of British Columbia, and its seaport is constantly swarmed with people from various walks of life, highlighting the diversity in the movie.

Being the hub for art, theatre, and music, the city is quite happening, which resonates with Summer’s character, who is a working mother. While speaking with New York Live, actress Alison Sweeney mentioned wearing different hats when recording the movie. As an executive producer, she thoroughly enjoyed developing the story with the writer, figuring out the filming locations, the props for various scenes, and more. Sweeney said she generally loves shooting Christmas-themed movies because that way, she can celebrate the festival 2 or 3 times a year.

Popularly called Hollywood North, Vancouver is a hotspot for lensing movies and TV shows, given its hi-tech production studios, tax rebates on filmmaking, and an extensive network of artists and technical crew. Furthermore, the pleasant weather, cloud cover, and interesting landscape make the metropolis ideal for lensing a project like ‘A Magical Christmas Village.’ Overall, the locations utilized for the movie lend themselves to the feel-good story and make the audience’s experience heartwarming.

Alison Sweeney portrays Summer, who believes in making her path in life. The actress is known for her roles in TV shows such as ‘Days of Our Lives,’ and ‘Family Man,’ as well as Hallmark movies such as ‘The Wedding Veil‘ trilogy, ‘Open by Christmas,’ and ‘Good Morning Christmas.’ On the other hand, veteran actress Marlo Thomas plays Vivian, Summer’s mother, in the holiday movie. Thomas is best known for the show ‘That Girl’ and for portraying the role of Rachel Green’s mother, Sandra, in ‘Friends.’

In addition, Luke MacFarlane appears as Ryan; the actor has several Hallmark productions, such as ‘Christmas Land,’ ‘The Mistletoe Promise,’ and ‘A Birthday Wish’ to his credit. Lastly, Maesa Nicholson essays the role of Summer’s daughter, Chloe. She can also be seen in the movies ‘North to Home‘ and ‘Dying for Chocolate: A Curious Caterer Mystery.’ Other cast members include Kareem Malcolm (Matt), Maria Meadows (April), and Madonna Gonzalez (Claudia).

Read More: Where Was Hallmark’s Ghosts of Christmas Always Filmed? Who is in the Cast?