Where Was Hallmark’s Christmas Class Reunion Filmed? Who is in the Cast? 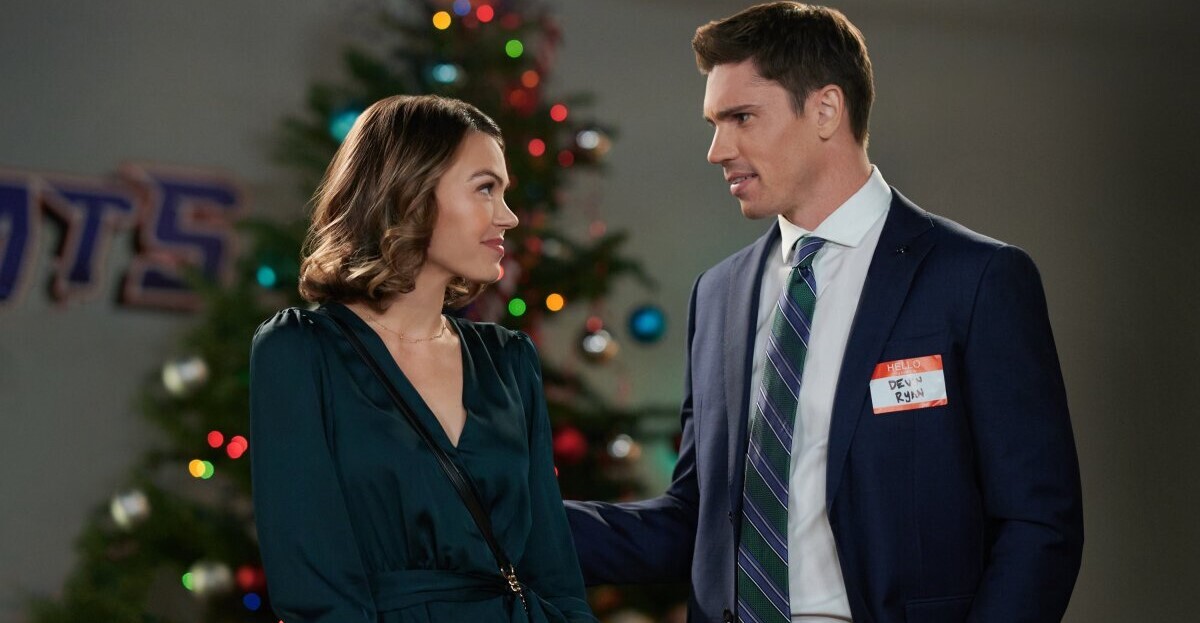 A part of Hallmark’s ‘Countdown to Christmas’ lineup, Hallmark’s ‘Christmas Class Reunion’ is a romantic comedy movie helmed by Jonathan A. Rosenbaum. It follows Elle, who is looking forward to hosting a perfect high school reunion event this Christmas after 15 years of graduation. One of the reasons why she is eager to organize the reunion is her high school crush, Kam, as she hopes to catch up with him during the event after all these years. However, things take an unexpected turn when Elle is comforted by Devin, who used to be a bad boy in school.

As the group of friends reconnects, some hope to find closure with old acquaintances, reignite unrequited loves, bond with old friends, and enjoy the holiday season to the fullest. Given the heartwarming themes, such as the revival of friendships, viewers are bound to get hooked on the narrative. Moreover, the setting of a high school event set against the backdrop of Christmastime makes one wonder where ‘Christmas Class Reunion’ was shot. If you have the same question in your mind, we have got you covered!

‘Christmas Class Reunion’ was filmed entirely in British Columbia, specifically in Vancouver. As per reports, the principal photography for the romantic movie commenced in September 2022 and wrapped up within the same month. Situated between the Pacific Ocean and the Rocky Mountains, British Columbia is known for its vast and versatile landscapes, which include sandy beaches, lush green forests, rocky coastlines, grassy plains, lakes, mountains, and inland deserts.

All this diversity works in favor of filmmakers as it makes for a suitable shooting site for different productions. Now, without much ado, let us join the reunion party and get a detailed account of all the specific places that appear in the Hallmark movie!

All the pivotal sequences for ‘Christmas Class Reunion’ were lensed in and around Vancouver, British Columbia’s most populous city. From the looks of it, the cast and crew members seemingly utilized various sites across the city to tape scenes against suitable backdrops. As for the high school scenes, it is possible that they either visited an actual campus or a sound stage at one of the film studios in the city.

Located in the province’s Lower Mainland region, Vancouver’s economy heavily depends on tourism as it attracts millions of tourists yearly, thanks to its modern architecture surrounded by nature. Apart from tourists, many filmmakers also frequent the city for shooting purposes. As a matter of fact, Vancouver has served as a prominent production location for many movies and TV shows over the years. Some are ‘Love Hard,’ ‘A Big Fat Family Christmas,’ ‘Noelle,’ ‘A Million Little Things,’ and ‘Firefly Lane.’

Aimeé Teegarden plays Elle in ‘Christmas Class Reunion.’ Making her debut at just 16 years of age, Teegarden has been featured in numerous movies throughout her acting career. She stars in ABC’s ‘Notorious,’ ‘Robot Chicken,’ ‘The Ranch,’ and several Hallmark movies, including ‘My Christmas Family Tree,’ ‘Once Upon a Christmas Miracle,’ and ‘A New Year’s Resolution.’

Read More: Where Was Hallmark’s Long Lost Christmas Filmed? Who is in the Cast?