Netflix’s ‘The Claus Family‘ is a Dutch Christmas film originally titled ‘De Familie Claus.’ The story follows Jules, who discovers that his grandfather is the actual Santa Claus. However, due to his illness, Jules has to help his grandpa to distribute gifts to all kids. But, the only thing stopping him is his hate for the holiday because his father died the previous year, on Christmas eve. As things around Jules and his family turn awry, the young kid has to make a choice and learn to rise above his loss.

Like most Christmastime films, ‘The Claus Family’ celebrates the miracle of the season and the spirit of giving. The various conventional holiday movie tropes make the audience nostalgic and rekindle the joy and familial bonds. If you like such heartwarming stories which bring along an abundance of joy and magic, we’ve got a list of films lined up for you. You can watch most of these movies similar to ‘The Claus Family’ on Netflix, Hulu, or Amazon. 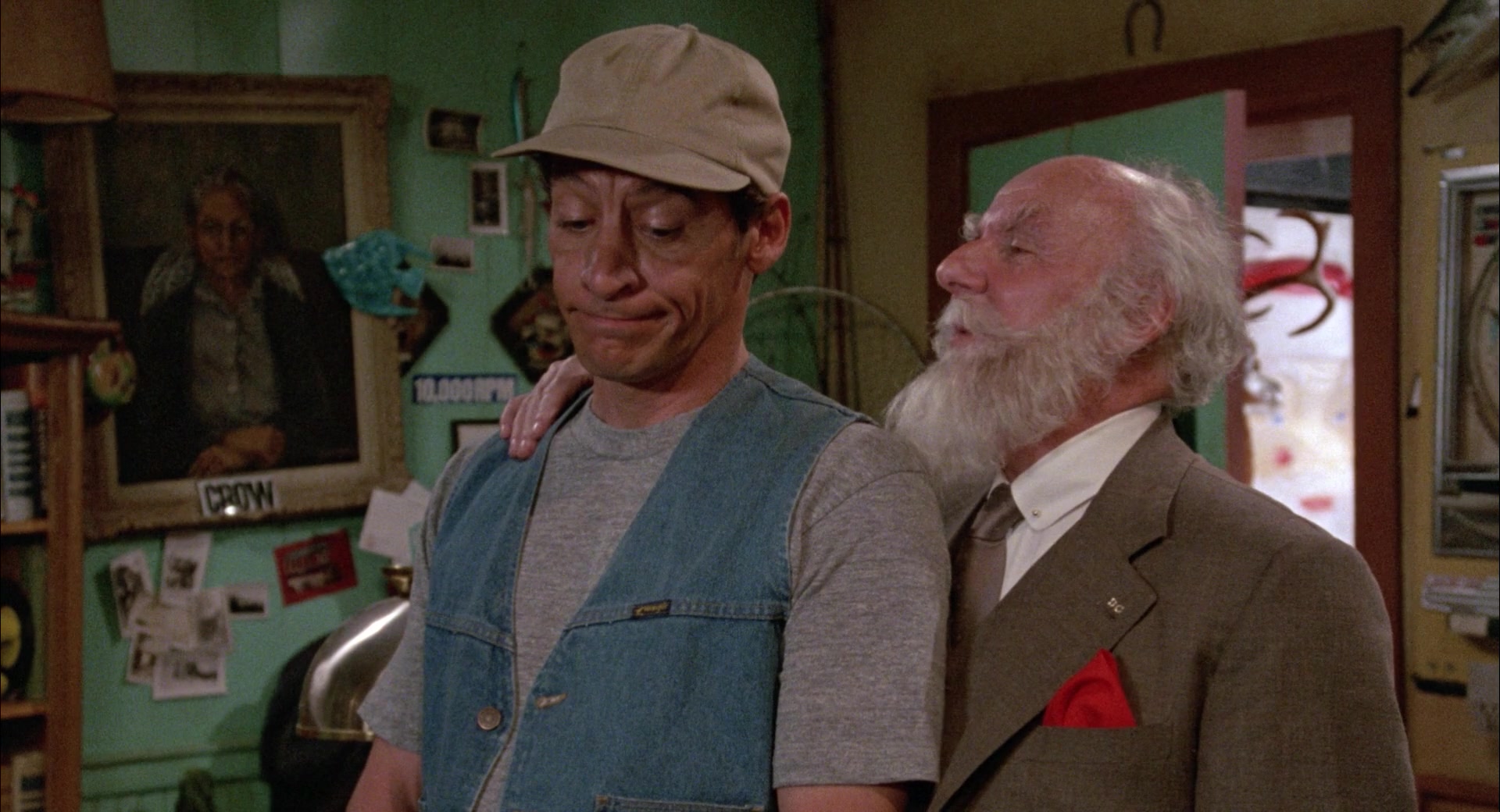 Disney+’s ‘Ernest Saves Christmas’ is a comedy tale set against the backdrop of Christmas. When Ernest, a taxi driver, discovers that Santa Claus’ magic is growing weaker, he sets to find a new Santa Claus. However, the taxi driver needs to be quick because Christmas Eve is approaching, and the kids will want their gifts on time.

Although this story is more comedic than ‘The Claus Family,’ it subtly portrays how the smallest actions by someone can lead to a miracle. Besides this, both movies share similar pacing due to the common end goal – Getting gifts to all children on Christmas Eve. ‘The Claus Family’ is packed with hilarious scenes peppered with emotional moments, making the story wholesome. 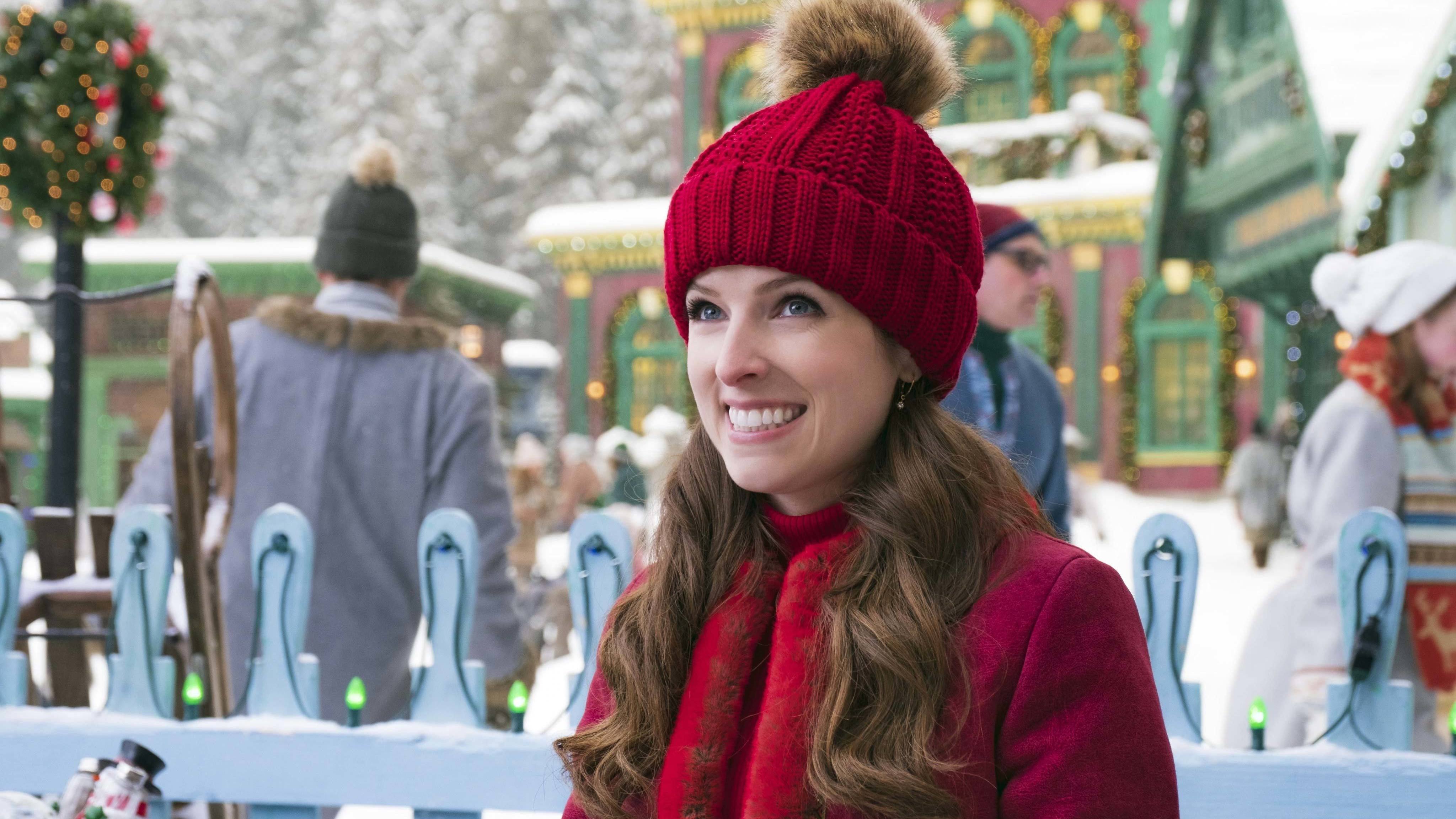 Disney’s ‘Noelle‘ is a fantasy comedy film that centers on Kris Kringle’s children, Nick Kringle, and Noelle Kringle. When Saint Nick tasks Nick to take over his duties and give all children their gifts, the latter becomes nervous and runs away. Thus, it falls on ‘Noelle‘ to bring her brother back in time for him to fulfill his duties. The movie is a good blend of magic and humor, where Bill Hader’s comic timing makes the audience laugh, while Anna Kendrick adds the emotional layer. In many ways, Nick is like Jules from ‘The Claus Family,’ who is resistant about taking up duties. Although their reasons differ, their reactions share a semblance and drive the narrative.

‘Get Santa’ is an off-beat British Christmas comedy film depicting how Santa Claus gets imprisoned for stealing his own reindeer. Since the presents need to be given to all children, Santa has to make it out of jail, so a man on parole and his son come to his rescue. Right from the premise of the story to the various instances where Santa tries to prove his identity, everything leaves the audience guffawing. Despite the narrative being different from ‘The Claus Family,’ both movies depict how the Christmas spirit must be rekindled in families and how a little bit of belief in magic can take people a long way.

Originally titled ‘Santa et Cie,’ Apple TV+’s ‘Christmas & Co.’ is a Franco-Belgian fantasy film set 10 days before Christmas. While making toys for children, Santa’s 92,000 elves fall sick, and Father Christmas sets out on an adventure to find a cure for his toymakers. The movie is like an entertaining roller-coaster ride in which Santa’s quest goes through various ups and downs and keeps the audience wondering if he will fulfill his goal in time. The various conflicts that Saint Nicholas encounters remind us of the conflicts Jules faces in ‘The Claus Family.’ The way both characters encounter the challenges mentioned above and try to overcome them makes the film exciting. 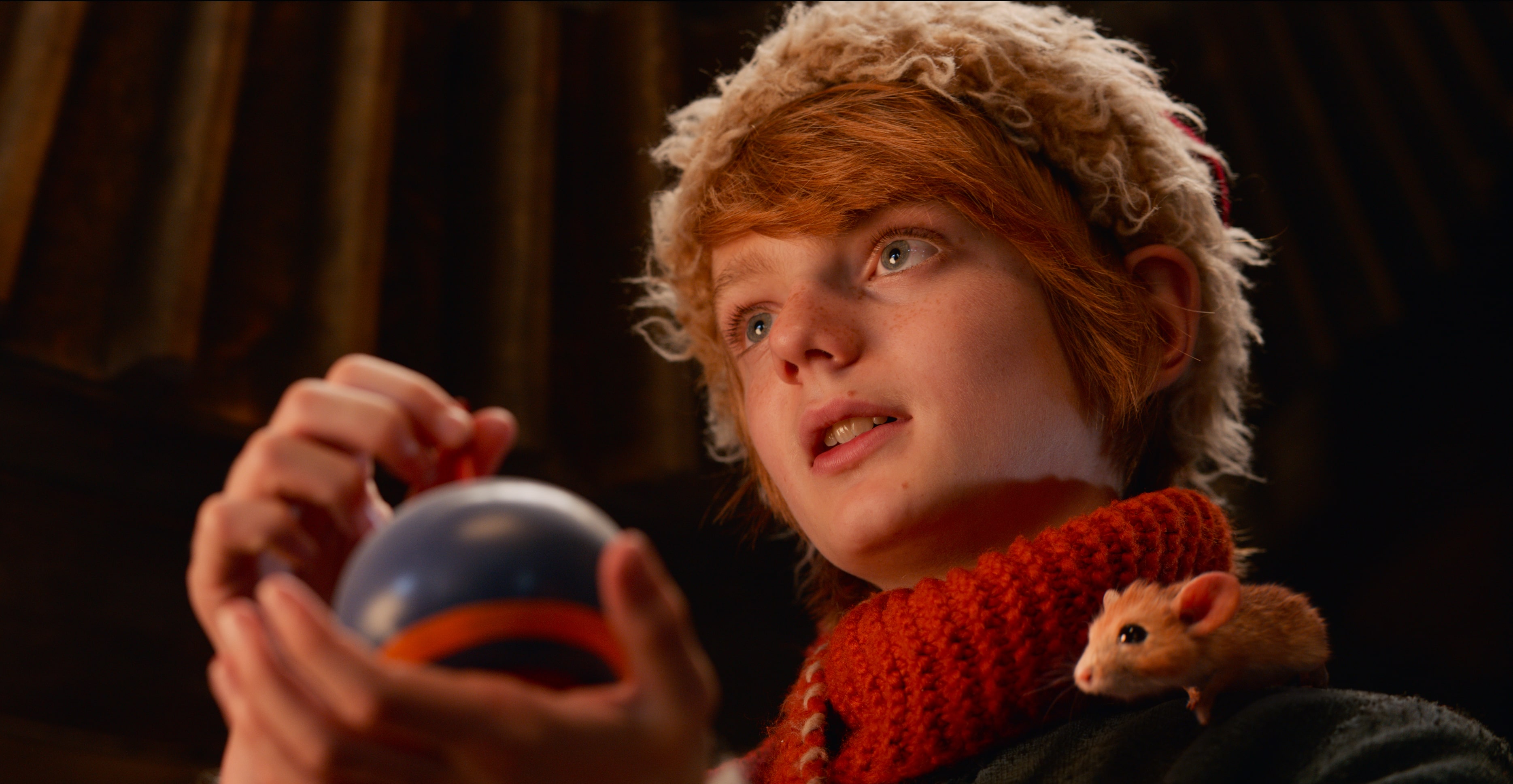 Based on the eponymous novel by Matt Haig, Netflix’s ‘A Boy Called Christmas‘ is a British fantasy movie that chronicles Nikolas’ adventures as he goes to the North Pole to search for his father and find the mythical land of Elfhelm. By undertaking this quest, Nikolas goes down a path that soon leads him to his destiny. Like ‘The Clause Family,’ ‘A Boy Called Christmas‘ comprises all the conventional tropes of a fairy tale.

Facets such as a selfish character, a naive belief in magic, and the revelation of something bigger than humanity, are present in both movies. It is fascinating that despite the opposite nature of Jules and Nikolas, their reaction to the miracles of Christmas is similar. These traits within the two characters bring out the audience’s inner child and make them nostalgic.

Netflix’s ‘The Christmas Chronicles‘ is a classic Christmastime tale full of mischief, comedy, and, most importantly, magic. When brother and sister Kate and Teddy try to capture Santa Claus on camera, their actions lead to Father Christmas’ sleigh crashing. With all the presents lost, it is now upon Kate, Teddy, and Santa Claus to ensure that all children get their gifts on time.

While ‘The Christmas Chronicles’ doesn’t carry as many emotional moments as ‘The Claus Family,’ both stories share a similar core premise. In both cases, a conflict prevents Santa from delivering the presents. But, the films’ most fascinating aspects are how the children Kate and Teddy from the former and Jules from the latter evolve through the story. 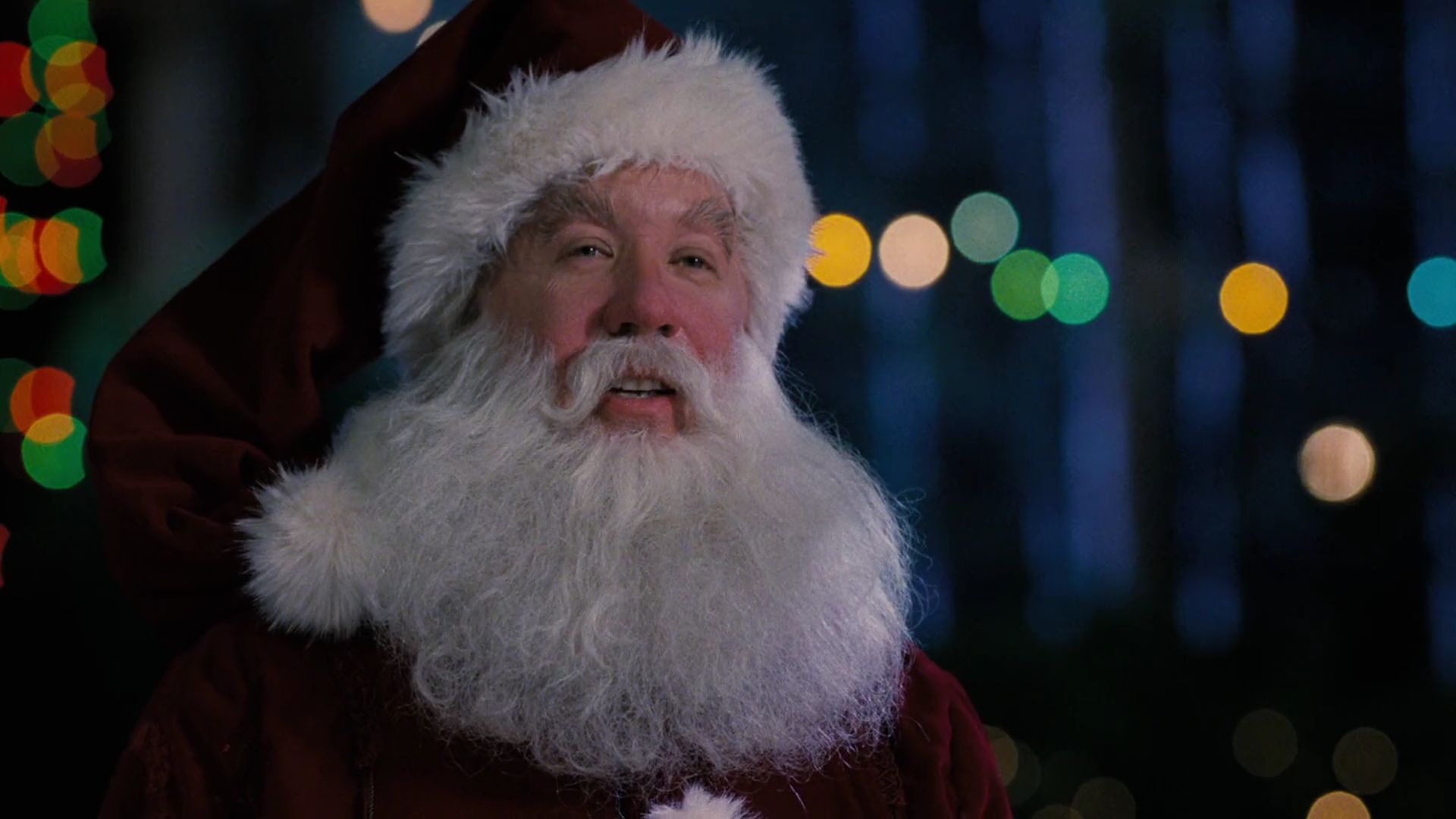 Disney’s ‘The Santa Clause‘ is a comedy fantasy film that explores the Christmas and holiday genre quite innovatively. When Scott unwittingly becomes Santa Claus, he has to figure out a way to be with his son while keeping his identity a secret from his former wife. ‘The Santa Clause’ is unique in the way it depicts concepts such as magic, love, family, and how things function at the North Pole. Although there are considerable differences between this film and ‘The Claus Family,’ they share a common ground in their portrayal of familial bonds. Both movies touch upon the significance of family and how the holiday season is about being with the people we love.

Based on the eponymous children’s book by Chris Van Allsburg, ‘The Polar Express‘ is perhaps one of the best Christmas films of the early 2000s. Besides the animation and picturization breaking new ground, the story is quite touching and leaves the audience with a poignant message about the holiday season. It follows the boy who boards the titular train to the North Pole to meet Santa Claus. The ups and downs in his journey and how he evolves form the movie’s core premise.

‘The Claus Family’ and ‘The Polar Express‘ are distinct stories with few commonalities. However, there are a few similar aspects that create a long-lasting impact and stir various emotions within the audience. One of the key similarities between the two boys Jules and the young boy, is their skepticism toward the festival and Santa’s lore. Their journey and character arc drives the narrative forward and culminates in a way that makes the audience rejoice.