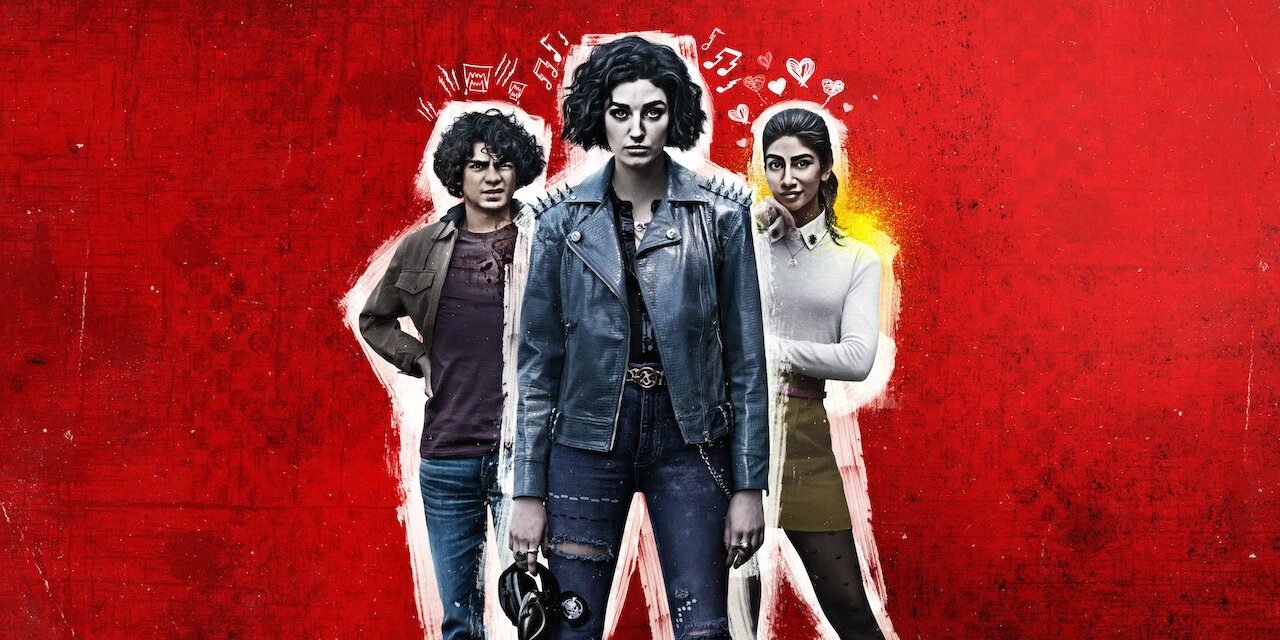 Netflix’s ‘The Imperfects‘ is a supernatural drama series created by Dennis Heaton and Shelley Eriksen. The narrative revolves around Abbi, Juan, and Tilda, three young adults who transform into monsters after undergoing experimental gene therapy. However, the trio resolves to turn human again and hunts down the scientist responsible for their state. In the process, they face several dangers and are assisted by Dr. Sydney Burke.

The series feature engaging action and drama with coming-of-age elements, making it entertaining for young adults. If you enjoyed watching the show and are looking for more such options, we’ve got you covered! Here is a list of similar shows you will also enjoy. You can watch most of these shows like ‘The Imperfects’ on Netflix, Amazon Prime, and Hulu! 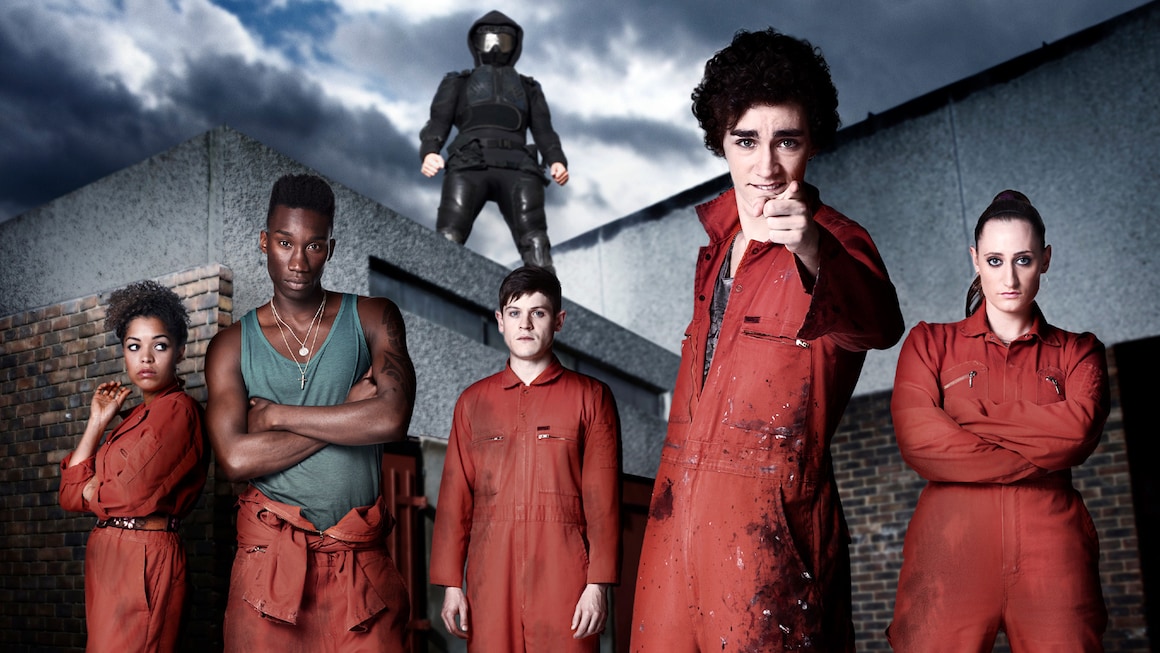 The British sci-fi series ‘Misfits’ is created by Howard Overman and a group of young offenders. The group is sentenced to work in a community service program but receives supernatural powers following a strange electrical storm. As a result, the group must come together and understand their powers and implications. Hence, the characters from ‘Imperfects’ and ‘Misfits’ face a similar experience in coming to terms with their new life and grappling with their morality. Moreover, the British setting gives viewers a fresh influx of cultural and narrative context. 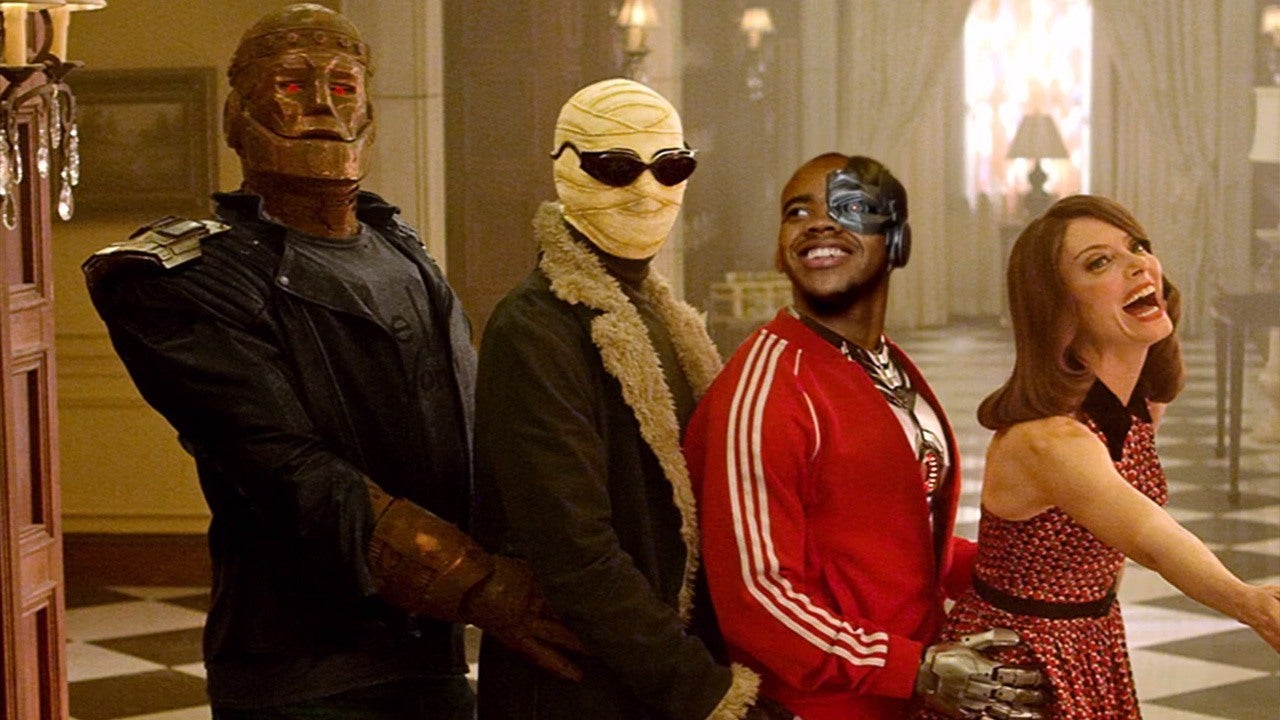 Based on the DC Comics team of the same name, ‘Doom Patrol‘ is a superhero comedy series developed for television by Jeremy Carver. It follows the titular superhero film formed by individuals who got superpowers after tragic incidents. In the series, Niles Caulder/The Chief, a medical doctor, aids the group much like Dr. Sydney Burke. Furthermore, both shows explore the social implications of the characters having supernatural powers and try to paint their “monstrosities” in a human light. Unlike ‘The Imperfects,’ the series dives into the superhero genre and embraces its humorous elements.

‘The Nevers‘ is a science fiction television series created by Joss Whedon. The series is set in Victorian London and follows a group of women known as the Touched. The women suddenly manifest abnormal abilities and find themselves on a strange mission. The narrative has several mysteries about the group’s powers, making it similar to ‘The Imperfects.’ However, the period setting and the female-centric plot give viewers a fresh perspective on the supernatural drama genre. Furthermore, the series features a diverse cast and subverts viewer expectations by delivering shocking twists about the origins of the protagonist’s powers. 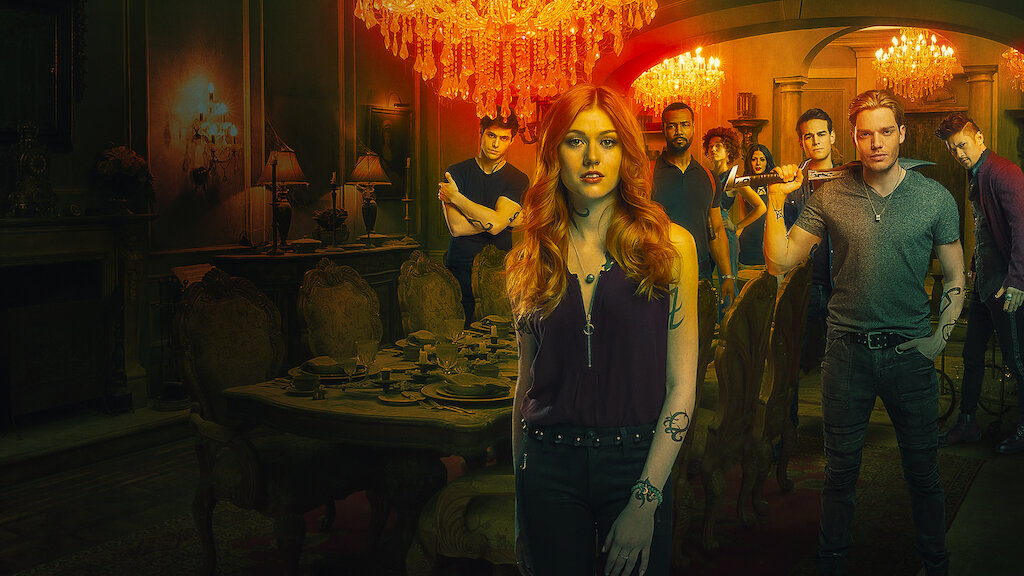 ‘Shadowhunters’ (also known as ‘Shadowhunters: The Mortal Instruments’) is based on Cassandra Clare’s ‘The Mortal Instruments’ book series. The fantasy drama series revolves around Clary Fray, who learns she comes from a family of human-angel hybrids who hunt down demons. The series takes Clary into a dark and twisted underworld of monsters as she learns the implications of her new abilities. Like ‘The Imperfects,’ the series follows young adult characters and features several supernatural drama tropes that will keep viewers hooked. Hence, fans of ‘The Imperfects’ will find the show’s world familiar yet enticing. 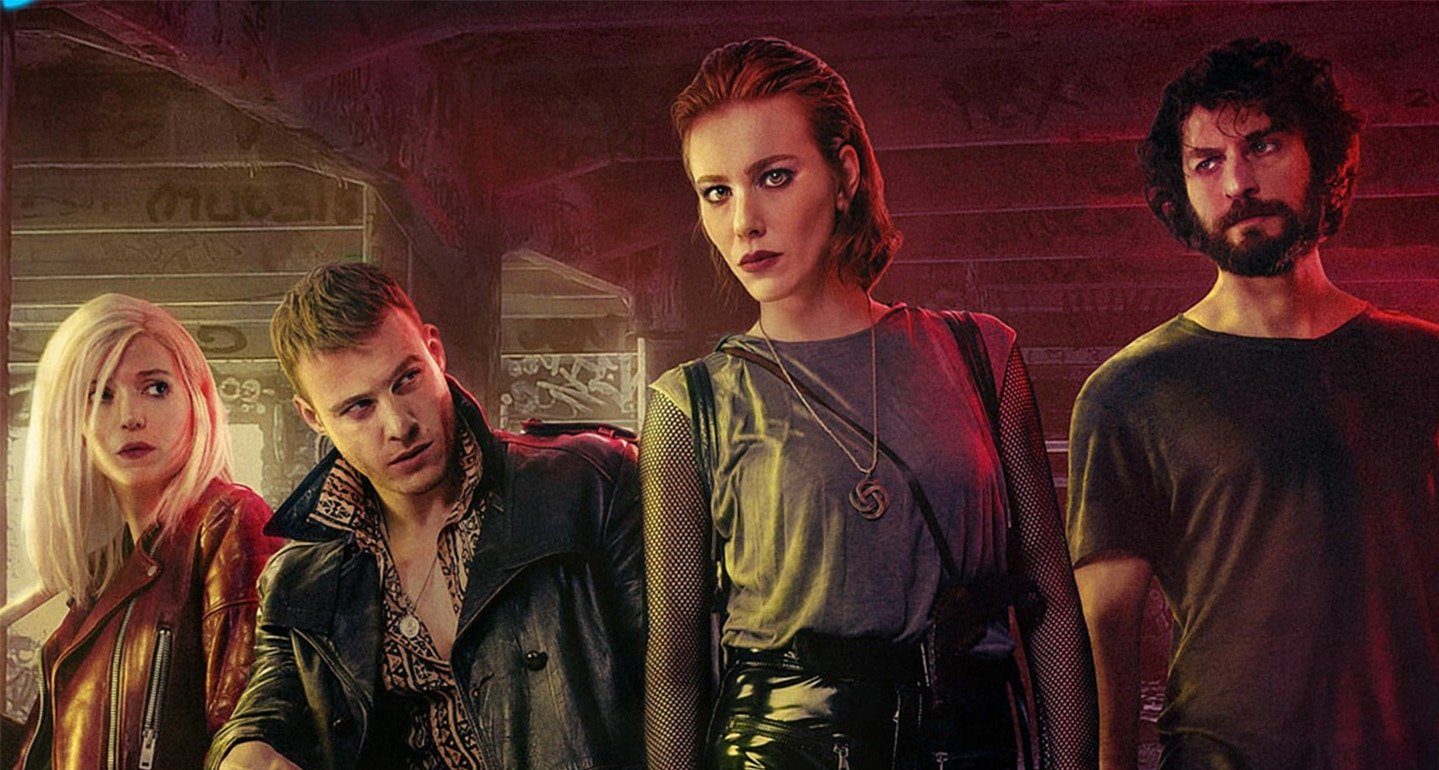 ‘Immortals’ is a Turkish series that follows Mia, a young woman turned vampire who is unhappy with her immortality. Therefore, she hunts down Dmitry,  the vampire who turned her, hoping it will revert her to a human. Mia’s attempts to get close to Dmitry Mia’s quest to return to her human self is reminiscent of the trio’s mission in ‘The Imperfects.’ Likewise, the characters face similar moral dilemmas and emotional conflicts. Moreover, the show’s Turkish setting and exploration of the vampire genre provide fresh elements, making ‘Immortals’ worth your time. 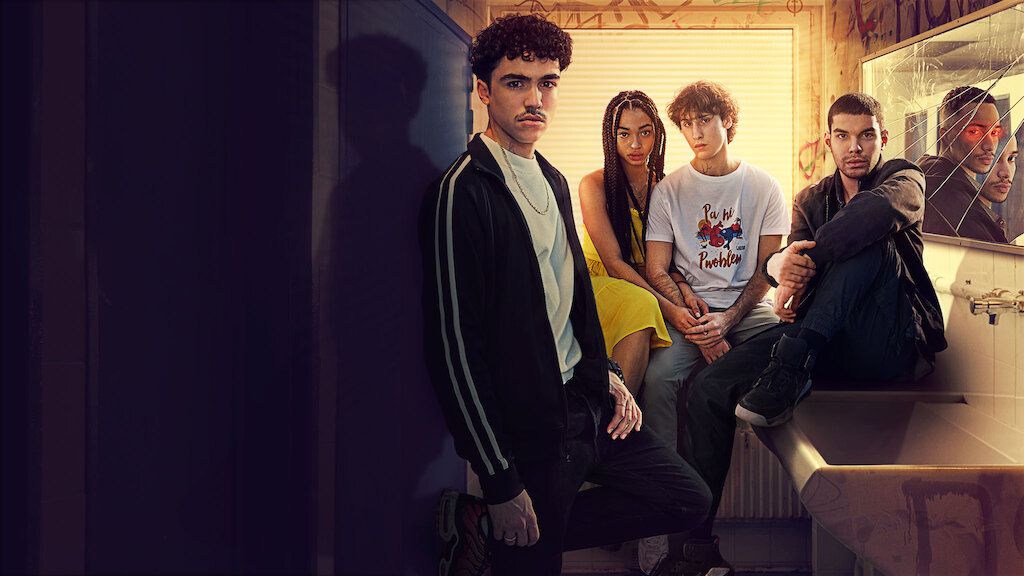 Created by Frédéric Garcia, ‘Mortel‘ is a French television series about three teenagers with superpowers. In the series, Sofiane, Victor, and Luisa get strange abilities after their experiments with voodoo. The trio then uses their powers to solve the mysterious murder of Sofiane’s brother, Reda. Like ‘The Imperfects,’ the series follows three protagonists who are different from normal humans and are driven by a personal goal they must achieve. Moreover, the series explores the concept of voodoo and magic, adding a new flavor to the teen supernatural genre. 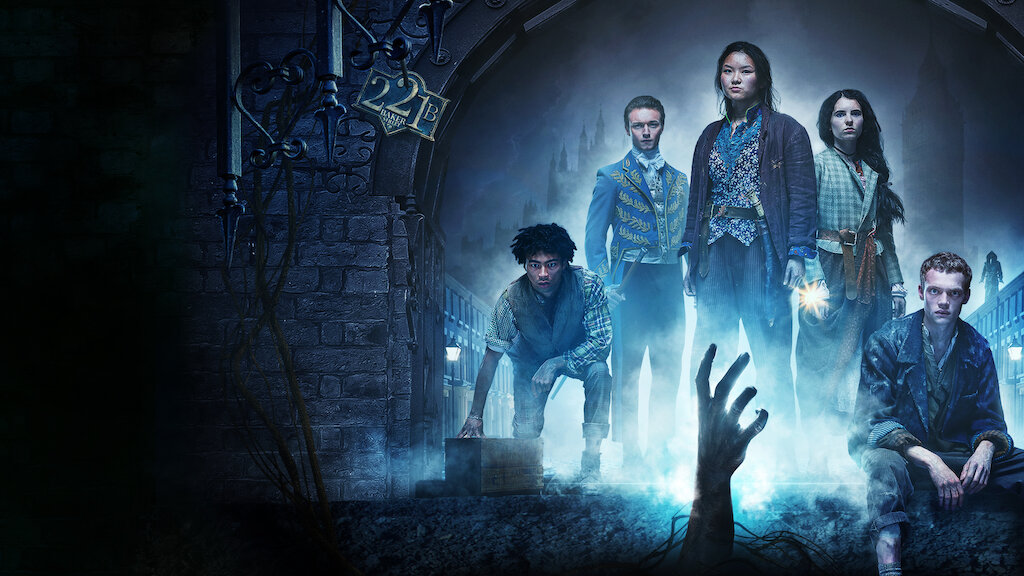 ‘The Irregulars‘ is an adventure series created by Tom Bidwell and based on the works of Sir Arthur Conan Doyle. It follows the Baker Street Irregulars, a group of teenagers living on the streets of Victorian London who Dr. Watson recruits to solve several supernatural mysteries. The series puts a supernatural spin on the classic and beloved world of Sherlock Holmes. Hence, the narrative offers viewers a fascinating blend of suspense, mystery, and monsters, similar to ‘The Imperfects.’ Furthermore, the emotional conflicts form the heart of both shows and present their protagonist with vividly different challenges. 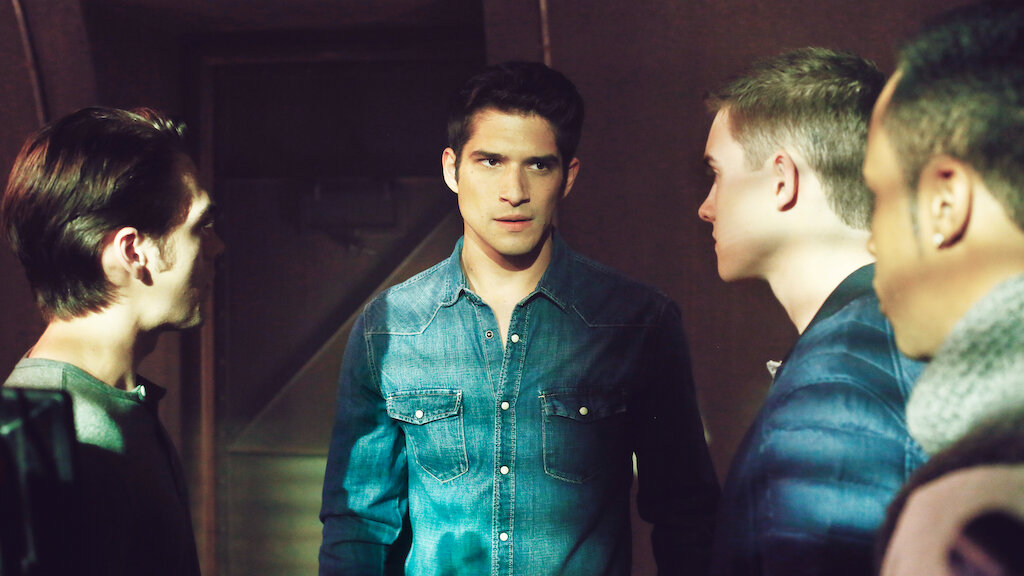 ‘Teen Wolf‘ is a supernatural thriller series developed for television by Jeff Davis based on the 1985 film of the same name by Jeph Loeb and Matthew Weisman. It follows Scott McCall, a teenager who is turned into a werewolf after an accident in the woods. Scott struggles to understand the changes he faces due to his turning into a werewolf. However, he soon develops into a capable pack leader and protects the town of Beacon Hills from supernatural threats.

While the narrative is different from ‘The Imperfects,’ the series explores the meaning of being human through the stories of supernatural creatures or monsters. Moreover, ‘Teen Wolf’ creates an expansive and exciting world with diverse characters and mythology that fans of the teen supernatural drama genre will love to explore. Hence, the series takes the top spot on this list!

Read More: Where is Netflix’s The Imperfects Filmed?