‘How to Lose a Guy in 10 Days’ is a 2003 romantic comedy about two stubborn individuals who set out to prove a point but end up falling in love instead. Advertising executive Benjamin wants to show that he can get any woman to fall in love with him, while writer Andie compiles a list of “undateable” traits as research for her journalistic piece. With Kate Hudson and Matthew McConaughey in the lead, the film is based on the eponymous picture book by Michele Alexander and Jeannie Long.

Romantic comedies encompass a vast genre, but if ‘How to Lose a Guy in 10 Days’ is the kind of flavor you’re looking for, we’ve got some great suggestions for you. Here are some of the sweetest, funniest, and quirkiest romantic comedy flicks you can sink into. You can find most of these movies similar to ‘How to Lose a Guy in 10 Days’ on Netflix, Hulu, or Amazon Prime.

Let’s kick things off with a classic — ‘Notting Hill‘ has the quintessential rom-com pairing of Hugh Grant and Julia Roberts, who fall in love under the most unexpected circumstances. He is a humble bookstore owner while she is a world-famous actress, leading to a romance rife with unexpected turns. Like ‘How to Lose a Guy in 10 Days,’ this Roger Michell directorial also takes an unlikely pairing and transforms it into the most charming couple imaginable.

Another iconic film where a seemingly simple plot leads to all kinds of complicated emotions, ’10 Things I Hate About You’ follows Patrick (Heath Ledger), who is forced to try and date Kat (Julia Stiles) to help his friend, Cameron (Joseph Gordon-Levitt). The unexpected and precarious romance between the two gives the narrative tons of heart, and the numerical name isn’t the only thing this Gil Junger movie has in common with ‘How to Lose a Guy in 10 Days.’ Furthermore, both films will have you cheering for the central duo and hoping that they end up together after all. 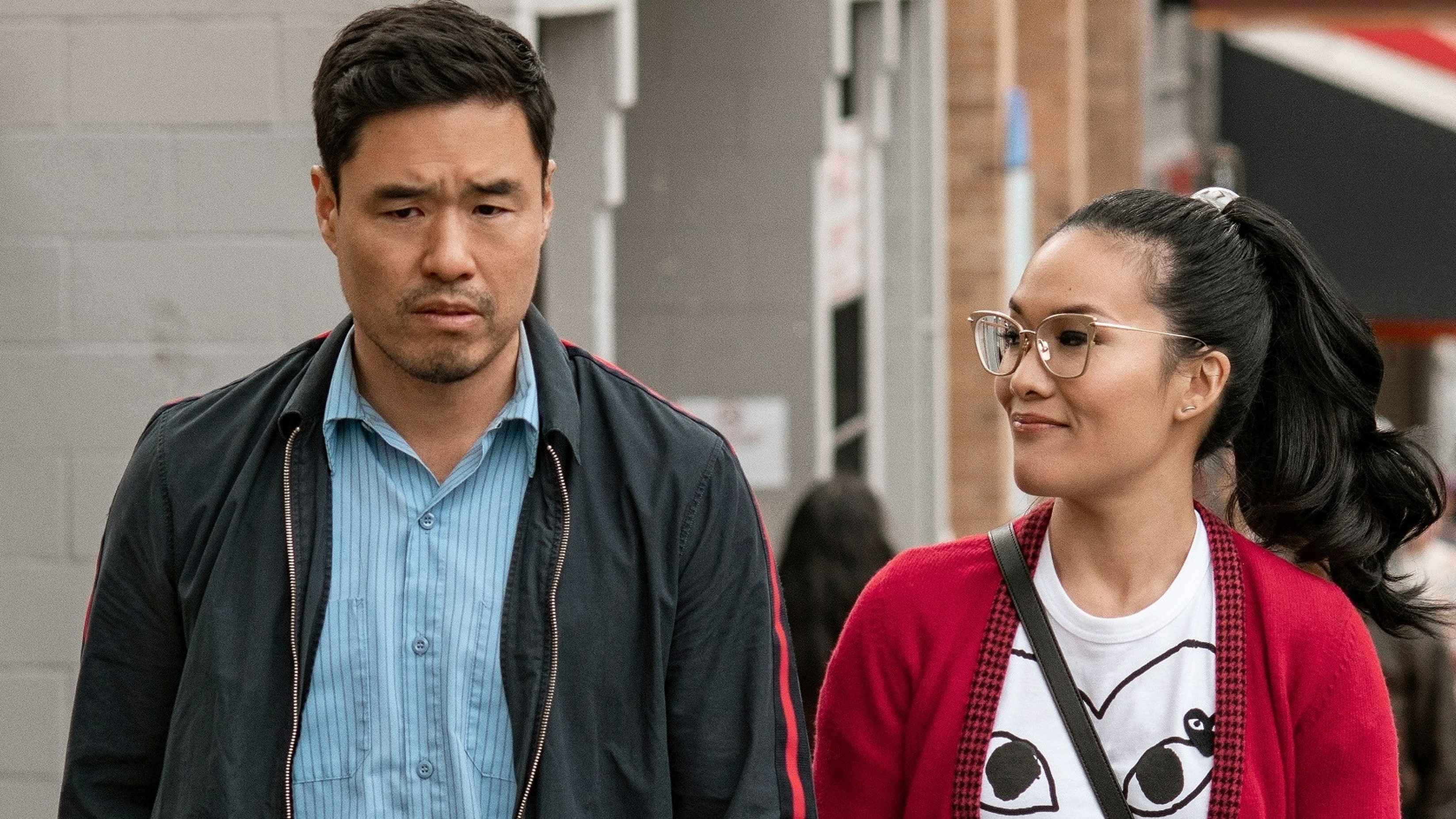 A relatively modern rom-com, Nahnatchka Khan’s ‘Always Be My Maybe’ follows chef Sasha Tran, who returns home to open a restaurant only to run into her childhood friend Marcus. Sparks fly and old feelings are dredged up while new emotions emerge. Despite the slightly melancholic tone of the film, actors Ali Wong and Randall Park’s stellar performances keep things breezy and enjoyable. The film is well balanced in banter and drama, making it a worthy follow-up to ‘How to Lose A Guy in 10 Days.’

Steve Martin is a master at comedy, but he also shows a heart-wrenching emotional side through his character C.D. Bales in the romantic comedy ‘Roxanne.’ Directed by Fred Schepisi, the movie follows the abnormally long-nosed Bales, who gives up his love for the titular woman on account of being embarrassed. However, when his underling, Chris, becomes smitten with Roxanne, Bales helps him charm her. Though the romance here is a little more complicated than that in ‘How to Lose a Guy in 10 Days,’ both films are just the right amount of unconventional to make for satisfying viewings. 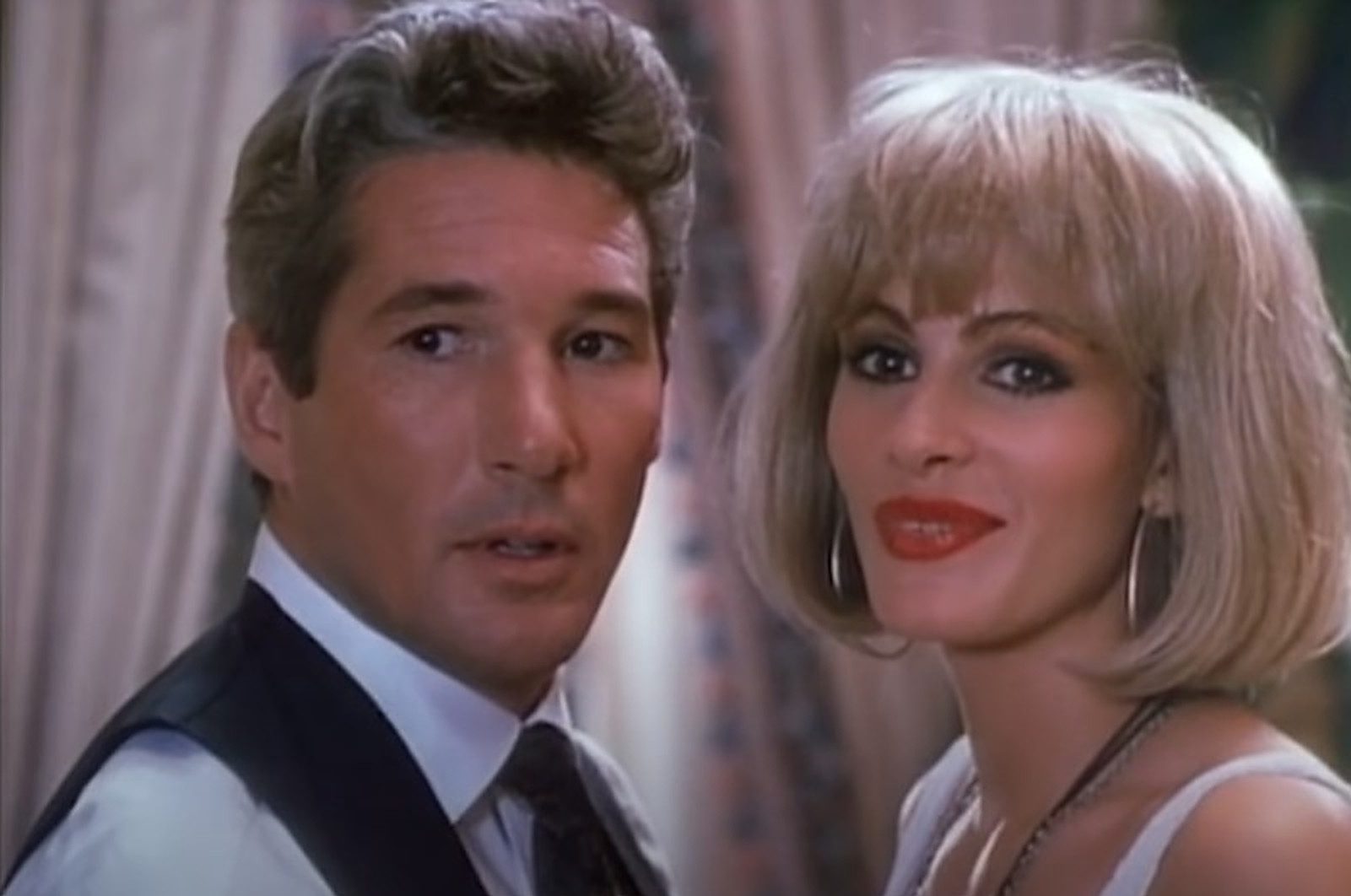 Another Julia Roberts classic, this time opposite Richard Gere, Garry Marshall’s ‘Pretty Woman‘ is the epitome of unlikely pairings. A wealthy businessman falls in love with his escort and vice versa, leading to an interesting (and quite hilarious) exploration of a relationship between two wildly opposing personalities. The differences between the central duo are overcome with memorable charm, making the film a treasure trove of scenes you will remember fondly much after the credits have rolled. If you enjoyed the unlikely central pair of ‘How to Lose a Guy in 10 Days,’ you will adore ‘Pretty Woman.’

Some would consider ‘When Harry Met Sally‘ to be one of the best-loved romcoms of all time, and with good reason! Directed by Rob Reiner, the film attempts (but not too hard) to answer the rhetorical question of whether men and women can just be friends. After sharing a cross-country drive, the titular characters continue to meet through chance encounters for the next 12 years, giving rise to a delightfully languid and subtle romantic story. Like ‘How to Lose a Guy in 10 Days,’ this film’s central “will-they-won’t-they” dynamic is perfect for a rom-com movie night.

Every rom-com can’t be quaint, and this Edgar Wright film takes the opposite approach. ‘Scott Pilgrim vs. The World‘ is like a love story told through a heavy metal soundtrack, which is fitting because the titular character does play in a rock band. His dream girl, Ramona, however, has a string of jealous ex-boyfriends waiting to do Scott in. Look past the epic battle scenes and quirky, often surreal onscreen moments, and you will find some real heart here. If you enjoyed the departure from sappy love stories that ‘How to Lose a Guy in 10 Days’ provides, then ‘Scott Pilgrim vs. The World’ is the detox you need!

There must be at least one Christmas rom-com on the list, and what better story (or should we say stories) than ‘Love Actually.’ The film’s multi-dimension plot depicts a colorful range of romances through eight couples, each with its own story arc. A prime minister and his assistant, two adult film actors, a has-been pop star, and several other quirky characters make this Richard Curtis directorial something everyone will enjoy. Similar to ‘How to Lose a Guy in 10 Days,’ this is a rom-com with a difference.

A beautiful, often chaotic love story between Pat (Bradley Cooper) and Tiffany (Jennifer Lawrence) forms the center of ‘Silver Linings Playbook.’ The narrative is turbulent, and major hurdles like their dysfunctional families and heart-wrenching mistakes threaten to tear the couple apart. Thus, it becomes even more satisfying to wait and see if they end up together. Like ‘How to Lose a Guy in 10 Days,’ the David O. Russell film’s central duo is also hopelessly stubborn, making their romance all the more contentious!

Yes, the top spot is given to one of the most popular rom-coms of all time, and it deserves it every bit! Directed by Mike Newell, ‘Four Weddings and a Funeral’ follows Charles (Hugh Grant) and his friends as they each go through a romance while making their way through various social events (outlined in the film’s title). The film was the highest-grossing British film of all time when it was released, and the story checks all the boxes of a perfect romantic comedy with the added bonus of some well-placed British humor. If you’re craving a perfect entertaining rom-com after ‘How to Lose a Guy in 10 Days,’ this is the next film you should be reaching for.